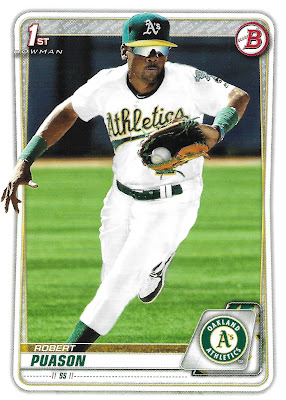 Baseball cards prices and basketball prices are absolutely insane right now. Bowman landed a week or so ago and I decided not to pick up a box at the hobby store. Standard boxes were around the $300 mark and jumbo boxes were over $600. THAT IS INSANE. I had no luck finding Bowman at the retail level until just today. There were some packs left over in a partial box at my local Target. I scooped them all up so I could see the cards for myself.

Product Thoughts
White bordered cards are not a favorite of mine because usually they look cheap and tacky. This is not the case with the Bowman base cards. The white borders here give the card a clean and fresh look. The cards don't feel cheap at all. I'm actually impressed with how well these cards are in the eye appeal department. The lines are well done and the cards have a modern sensibility to them. As with all recent Bowman releases, the most popular cards to find are the 1st Bowman cards of players. These are not true rookie cards, but can hold high values if a player makes it big in the MLB. Bowman is one of those sets where you make sure to keep every card because you never know who could really break out. 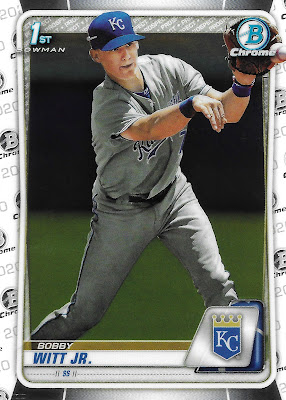 The standard base cards are called 'paper' cards while there are more desirable chrome versions in each pack. The chrome cards feature Topps' signature foil technology that collectors go crazy for. You get a couple of chrome cards in each standard pack of Bowman. The cards feature the same photo as the paper version but the borders have the year and the Bowman logo in silver. It's a striking look that gives these cards extra appeal. 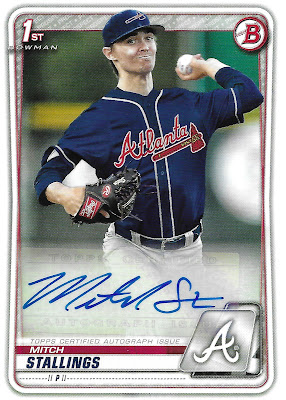 While the 1st Bowman cards are a nice draw, the autographs are where collectors can cash in big. As these are mostly prospect cards, many of the autographs are the first of a certain player. Many of these autographs are already worth hundreds of dollars. Prospects Jasson Dominguez and Bobby Witt Jr. are two that are on fire as of the writing of this review. Of course, these being prospects, there is a very good chance that these same cards could be worth just a few dollars in the future if they don't pan out. This is what makes prospecting so exciting though! It's knowing when to hold and when to sell. 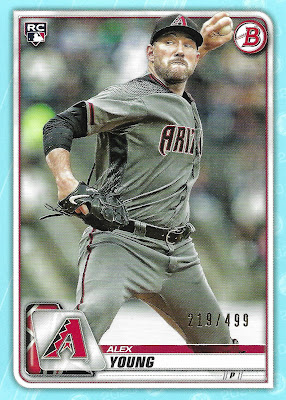 I can't forget about the parallel cards. Many times the parallel cards can hold just as much value as the autographed cards. Low print run cards are also highly sought after. Get a good name and you'll have something quite valuable in your hands. Bowman has a variety of colored parallel variations in both the paper set and the chrome set. 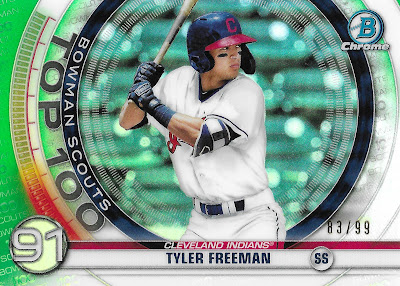 Less popular finds in Bowman are the standard insert cards. These insert cards are typically done with a foil look and have a nice design to them. Like the base cards, collectors will be able to seek out parallel variations of these. A lot of the inserts will give collectors information on the young prospects about to make a run at the big leagues. 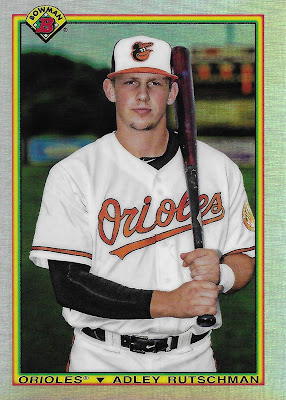 With Bowman being so hot this year, if you see it at a retail store, don't hesitate to pick it up. The cards look nice and the potential for a good return in the future is high. As for hobby versions... I'd give it some thought before picking it up. The price at the moment for hobby versions of this product are too insane. You'd really have to hit something big to justify some of the prices hobby stores are asking for at the moment.
Positives:
Negatives:
Overall Rating:
9.5/10
Posted by luke. at 3:12 PM

Email ThisBlogThis!Share to TwitterShare to FacebookShare to Pinterest
Labels: Bowman