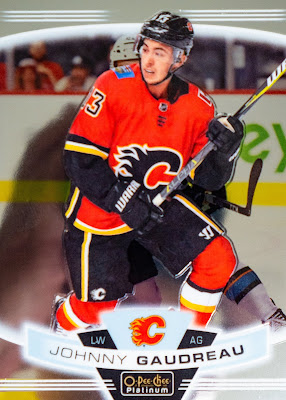 O-Pee-Chee Platinum is a foiled up upgrade to the standard O-Pee-Chee product. The cards are great looking with lots and lots of colorful parallels to find and collect. Each box comes with one on-card autograph that I'm sure will be highly sought after. OPC Platinum is a product that many look forward to each year, and is a fun rip for any collector!

This is pretty much Upper Deck's answer to Topps Chrome. The configuration is the same, as is the idea of adding foil to a standard base set. But you know what? If the formula ain't broke... it don't need to be fixed! I've seen many collectors rave about OPC Platinum. I enjoy the product, but for me it doesn't carry as much weight as it would if it were a product in another sport. OPC Platinum tends to be released at a moderate price point... and it pretty much stays there. Similar products in baseball and basketball end up skyrocketing as the product dries up. I don't foresee that happening with OPC Platinum. It's a very good hockey product, but it won't reach the height in terms of insane value that its contemporaries enjoy. 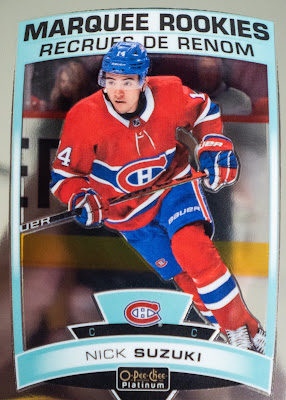 The actual set of OPC Platinum is much smaller than the standard OPC set. I can only imagine if Upper Deck chose to foil up the entire standard OPC set. That would be completely INSANE! Collectors will find the best players from the standard set along with a slew of Marquee Rookies. The Marquee Rookie cards follow the exact same design as the regular OPC cards. These cards aren't rare or short printed and are readily available out of packs. 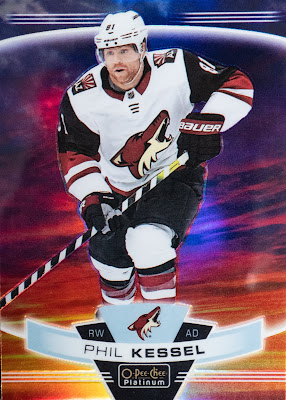 The most fun aspect of OPC Platinum has got to be the parallel cards. There are so many different kinds to find in the product. Some parallels are numbered while others aren't. Rarity goes all the way to 1/1. My two favorite parallels in the set are the sunset cards (like the Phil Kessel shown above) and the matte pink cards. With the sunset parallels, the entire background is removed and replaced with a gorgeous looking sky background. They are great looking cards that rival anything made by Topps or Panini when it comes to a parallel card. 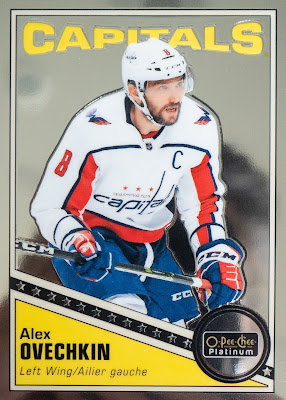 Retro base and parallel cards can also be found in OPC Platinum. I'm a sucker for retro cards getting the modern treatment, but to me this years retro cards aren't retro-y enough. They look good... but the designers at Upper Deck need to study some old cards and get the look to be older. Nothing will be the time they made all the retros like the 1979 OPC design... that was really sweet. There aren't too many of them, but collectors will find a couple or so insert cards per hobby box of OPC Platinum. While it's nice to get a few extra star players in the set, inserts for the most part are not sought after by collectors. Maybe one day the pendulum will swing around again in inserts favor, but that's not going to happen anytime soon. 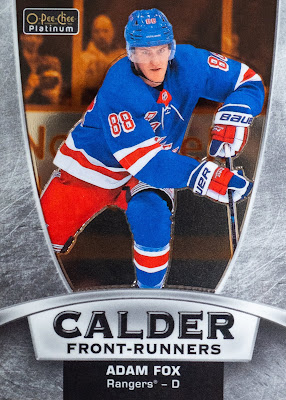 If you can't get enough rookie action, you'll also find rookie themed insert cards. Just like the other insert cards, these won't be too sought after, but for player collectors they do bring a nice little extra to the table in terms of collecting. 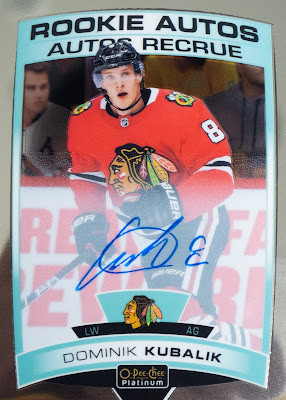 The biggest draw in OPC Platinum is probably the on-card autographs found in the product. You only get one per box, so they are not an easy pull if purchasing by the pack. All the best rookies are here to be found. These cards are reason enough to pull the trigger on a box!