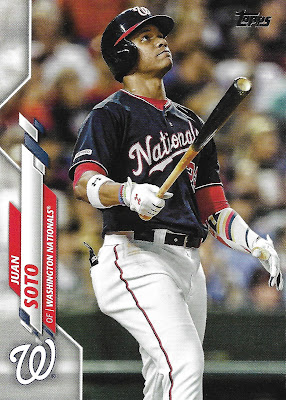 Topps has just released their flagship product, and it's an exciting time for baseball collectors as Series One is full of great rookies, autographs, and special inserts to chase. To celebrate the release of 2020 Series One, Topps held a special million card rip party at AT&T Stadium in Arlington Texas. It was an awesome event to watch throughout the day and see quite a few amazing hits get pulled!

Topps Series One certainly falls into the lower-end territory when it comes to releases. It doesn't hit with the weight like products such as Triple Threads or Tier One, but this is the top of the list when it comes to popularity and collectibility. Though hits aren't that prevalent, there are many high dollar cards inserted throughout the product. The most sought after insert this year will probably be the golden tickets that can be redeemed for a special party thrown by Topps. There are 25 of them to be found in Series One this year... and one was pulled at the million card rip party already! 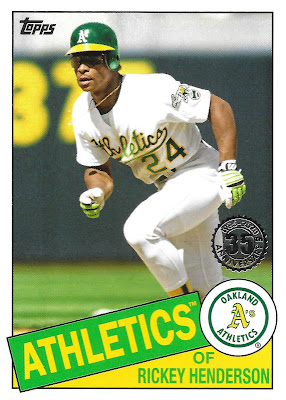 Topps has been going through the decades in recent years as they have released special throwback cards with designs from 35 years past. This year Topps highlights the 1985 release. Collectors will find standard throwbacks like this in their packs, but also limited variations in bonus packs found in sealed hobby boxes. I purchased a jumbo hobby box and it came with 2 of these special packs. I think I prefer last year's 1984 design just a little more than the '85, but just by a smidge. These cards are pretty awesome too! 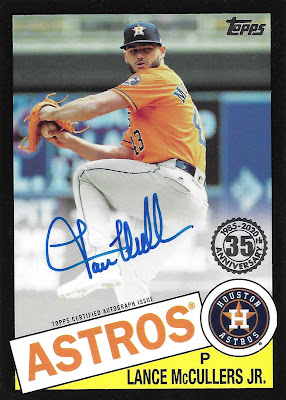 If you're a collector who enjoys autographs, Topps Series One offers you the chance to land them in many ways. I'd say the best way to get one is to simply purchase a jumbo hobby box as they come one per box. If you purchase via retail outlets such as Target and Walmart, your chances of hitting an auto get pretty slim. Getting great autographs in Series One is pretty tough, but if you can pull a big name, the card should carry a very nice value. 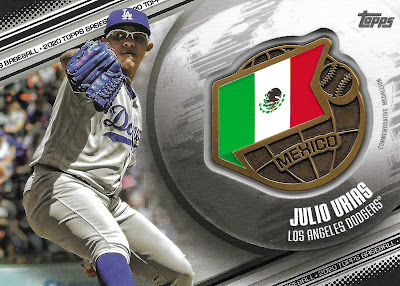 I'm typically not a huge fan of manufactured mem cards. Topps considers these hits, but I personally wouldn't classify them as hits. This year you can find these 'pin' cards featuring players internationally themed metallic pins. These cards look pretty nice, but I've just personally never been a fan of manufactured relics. Topps also has a manufactured patch card mimicking the logo from a jersey sleeve for collectors to find this year. These cards look nice as well, but just make sure you don't get fooled into thinking a player wore it! 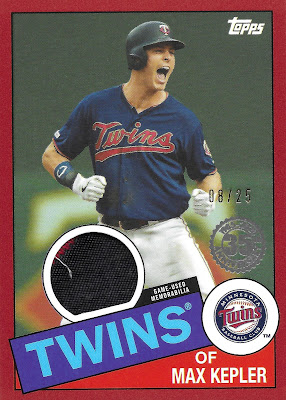 Topps doesn't hold anything back in Series One. Though it's a pretty inexpensive product, you can still find game-used memorabilia such as jersey and patch cards within boxes. In fact, there are All Star Game nameplate cards serial numbered one-of-one that I've seen pulled out. That's a pretty nice offering for something like this. 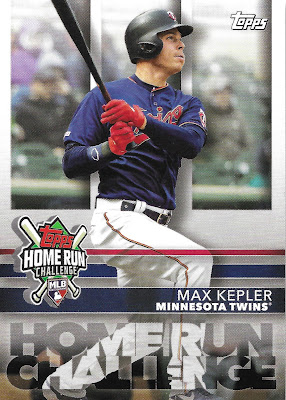 The Home Run Challenge redemptions have returned this year. These are fun cards as you get to guess a date when the player featured on the card hits a home run. If you get it right, Topps sends you a special limited edition card. I was able to guess a couple of dates correctly last year and got the limited cards in the mail. It was cool and a fun way to make the set interactive. 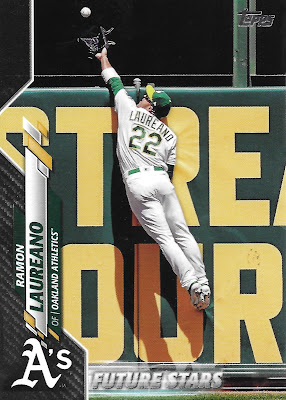 One of the most popular aspects of Topps has been the parallel cards. Baseball collectors go nuts for Topps gold and other parallels. When I started collecting baseball again I was shocked at the dollar amounts these parallel cards would go for. These parallels can be much more valuable than patches and autographs! My only gripe about the parallels this year are they can be difficult to distinguish from the standard base cards. I actually missed this Laureano black parallel the first time going through my Series One cards.