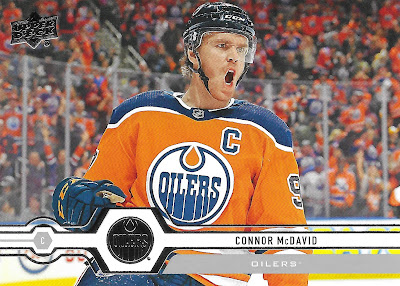 As mid-season hits the NHL, Upper Deck releases its second series from their flagship product. Upper Deck Series Two and Series One always compete for dibs on which one is better. From what I can tell, it looks like Series Two will be the better of the releases this time around. It's a familiar product, and one that collectors will definitely be buying in spades!

I've always found Series Two to be the more interesting of the two releases as it contains a huge amount of different inserts in the set. Not only do you get the players that weren't included in the first series, you also get updates from sets like OPC. Each pack you open will have some sort of an insert card in it - I have yet to see an all base pack come out of a hobby box. As this set is a continuation of Series One, it shares the exact same design for the base cards. I found the design of the base cards to be effective, but not my favorite that Upper Deck has done. They remind me a lot of 2008 Upper Deck. 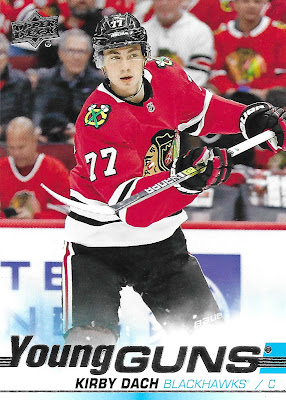 The Young Gun crop in Series Two looks to be a great one. There are several that collectors are chasing, particularly Cale Makar - the best rookie in the league so far. Time will tell which set of rookies will turn out to be the best overall. 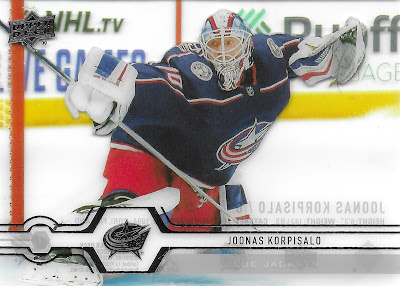 Upper Deck parallel cards come in a few different forms. The clear cards are especially sweet looking. Secondary market values on the big rookies have very high asking prices as getting a good player is very difficult. Exclusives numbered to 100 are very popular as well as the high gloss cards numbered to just 10. 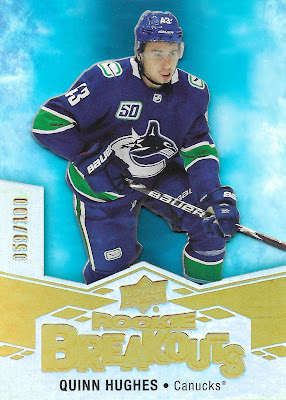 Rookie Breakout inserts are back and I was able to pull a very nice one in Quinn Hughes. These cards stand out as they pop with color and a fun design. Though inserts don't tend to be that popular, the Rookie Breakouts are a hit with collectors and can command a high dollar value. 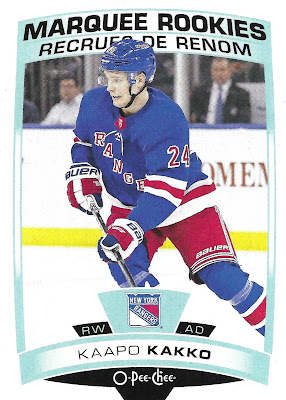 It is very easy to pull out rookie content from Series Two as it is loaded with OPC update cards. There are a number to be found in every hobby box of the product. Though I didn't pull one, Rookie Material cards as well as dual Rookie Materials have been put into Series Two.

I really enjoyed opening up Series Two and hope to possibly get another box in the near future!