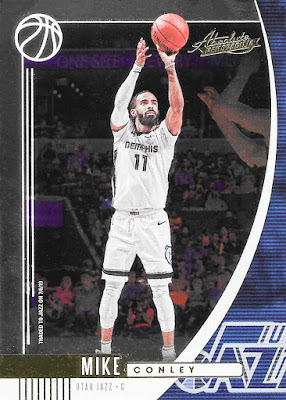 Absolute is a brand that is known for its quality cards that contain a ton of different basketball related memorabilia. It's a brand that is flashy, full of hits, and a great product geared toward higher-end collectors. This year's box price comes out at just under $200 with each box of Absolute containing two mini boxes inside. As traditional with Absolute, the cards are wrapped in cellophane packs - which you can pretty much see through. I'm not sure why that's the case, but that's just the way it's always been with this brand.

Product Thoughts
Absolute is a fun product to break. There is a lot to see in the product with many of the cards being flashy in design. Collectors can expect to find two autographs and two relics inside of their boxes. Absolute is a rookie-centric brand so there are many rookie autos and memorabilia cards to find. Because of the early season release of these cards, the rookie materials are all just player worn rather than game-used. Veterans will have game-used material though. Just make sure you check the back of the card to verify where the embedded memorabilia came from. 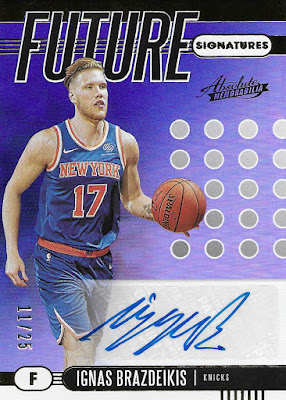 Being a higher-end product, you'll find plenty of autographs and serial numbered cards. The big draw this year, of course, is Zion Williamson. Any cards of his - including his base cards - will have a nice value to them. As of this review, Zion has not yet played a second of an NBA regular season game. Collectors can only hope that his on-court play will match the extreme hype his cards are carrying at the moment. 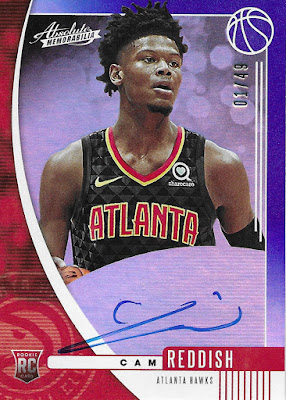 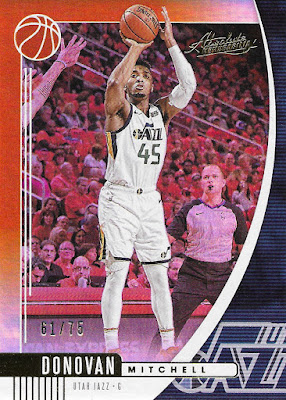 Speaking of parallel cards, the base cards also have many variations to them. The card that comes at the end of the pack are usually the ones that has serial numbering on them. Parallel base cards stand out from their base counterparts as they shimmer with a radiant color. The parallels look quite nice, and in basketball, parallel cards have always been sought after - especially those of the hottest players. 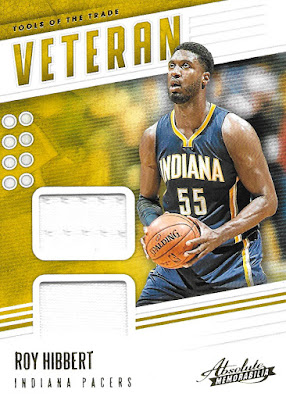 In Absolute you'll find not only standard jersey cards, but cards that feature patches and even chunks of basketballs. I've got to admit I'm not a huge fan of the basketball relics, but they do have some visual appeal to them. If you happen to pull a basketball relic, you'll find that the card is quite large as to fit that chunk in there.