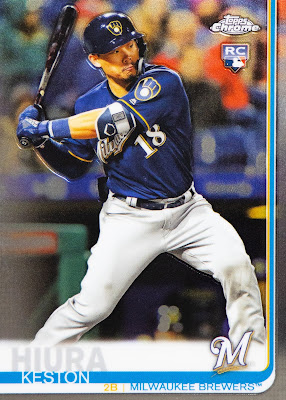 Product Thoughts
Topps Chrome Update draws from Topps Update, obviously. You'll find rookie cards and players who have changed teams as well as commemorative cards throughout the set. Most of the big rookie cards came in regular Topps Chrome, but there were a few holdovers that you'll find in this release such as Keston Hiura - who has some mild popularity at the moment. Vladimir Guerrero Jr. also has his true Chrome rookie in this set as the version found in Topps Series 2 was an un-numbered 'extra'. The value of this set will really depend on the rookies who have a home here. If they end up being significant players, this Chrome Update set could have a very high ceiling in terms of future worth. But of course the opposite could happen if the crop of rookies here ends up busting. 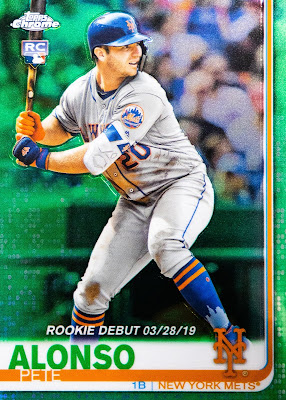 You'll find the big names in this set in terms of both rookies and star players. The only caveat is that many of these cards are commemorative cards highlighting a rookie's debut or All-Star appearance. Historically these cards pale in comparison to their standard counterpart when it comes to collectibility. I pulled a Pete Alonso green refractor numbered to 99. It's a great card (and I do like it . quite a bit), but his standard rookie green refractor will have a value many times this one. 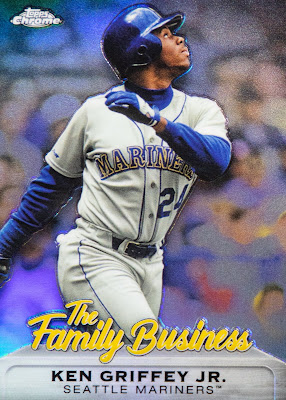 Topps has inserted both The Family Business and Greatest Moments/Seasons/Players cards into packs. Each of these sets has gotten the refractor treatment and both look significantly better than their paper counterparts. Something about the shimmer these cards have make them stand out in a big way. 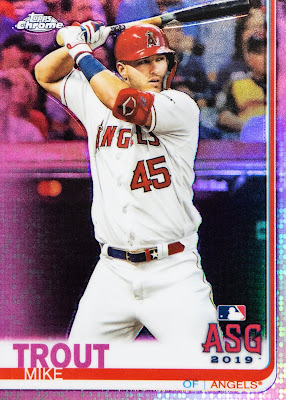