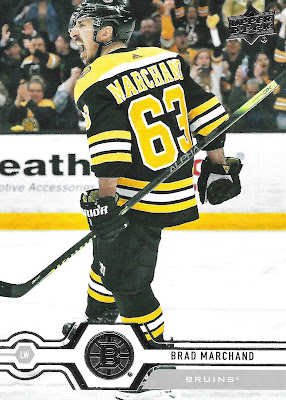 Hockey's most popular release has hit store shelves in the form of Upper Deck Series One. This fan favorite is just the first series of cards from Upper Deck's flagship hockey card product. This set is known for it's beautiful photography as well as highly sought after rookie cards. It's a set that all collectors can enjoy as it has a friendly price point and can easily be found at both the hobby and retail levels.

Product Thoughts
I'm a fan of Upper Deck Series One and Two. The cards are sharp with beautiful photos on every card. Though I'm not a huge fan of this year's design, it isn't too intrusive and generally stays out of the way of the photography. As usual, the photos used on the cards are great, but I feel as though there aren't as many stand outs as in years past. Upper Deck may be wanting to pull back from the shots of players off the ice and really put the focus on the game. I can respect that - but it does take just a smidge of the fun out of this set a little. 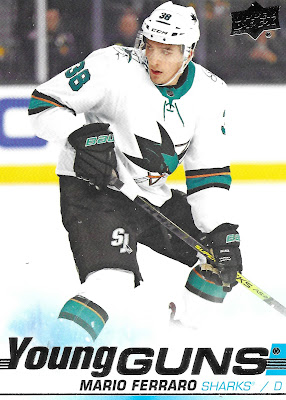 The Young Gun design is always something to look forward to seeing each and every year. This year's design is pretty plain and unobtrusive. It really doesn't stand out too much and comes to the collector clean and simple. I personally like Young Gun designs to have a bit more fanfare to them, but I realize you can't do that every year. I'd say these YG's do the job without too much offense. 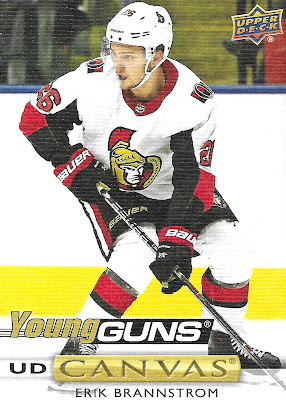 Canvas cards (as well as the Canvas Young Guns) make a return. Canvas cards aren't exactly a parallel set as not every card has a canvas variant. The Canvas cards have a textured face that feels like a matte painting. Typically these cards have stellar photography with an elegant design. The photography on the Canvas cards are still great, but the Canvas design just doesn't do it for me. The 'gold plate' look of the Canvas logo looks cheesy and out of place - maybe something out of a third party card manufacturer's playbook. I've felt the Canvas design has been on a slow downturn in terms of how they look. Upper Deck should make these cards as classy as possible as they truly could be spectacular collectibles. 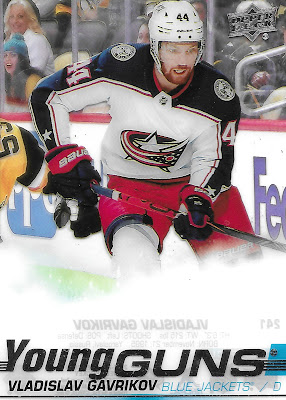 Even more difficult to find are the clear acetate Young Gun parallels. Upper Deck has inserted these cards into Series One and Two for the past few years. The cards look great and collector demand for them as been high. Get a good one and you'll have a card with a nice chunk of coin! 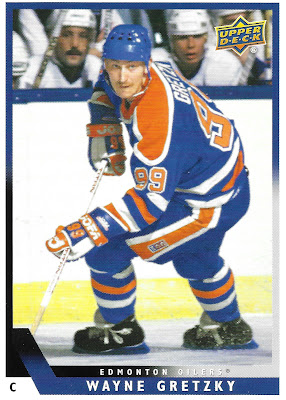 Upper Deck has been making hockey cards for 30 years now, and to celebrate they are releasing a retrospective insert set featuring designs from their past releases. It's a fun way to look back at all the cards Upper Deck has produced since they got into the hockey card business. I was really happy to pull this Wayne Gretzky '93 design as I remember buying a ton if it when I was younger searching for Silver Skate die-cuts and SP cards. 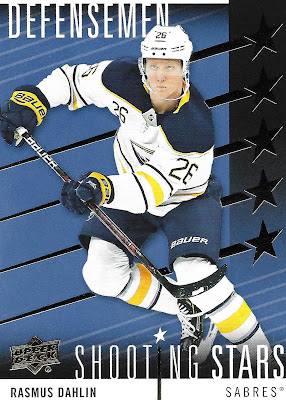 As with all Upper Deck Series One releases, collectors will find a slew of insert cards inside their boxes. Some of the more common ones are the Shooting Stars, Generation Next, and Pure Energy cards. Sadly, while some of these inserts have a nice look to them, collectors tend not to care too much about them. I wish Upper Deck went the Topps route and put tons of numbered parallels to chase. Those seem to have much more appeal than these themed inserts. 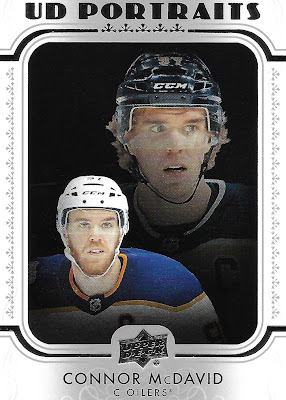 And I've gotta bring up UD Portraits before I end my review. These cards are just not done right! I get the idea that Upper Deck has been going for with these cards, but I've never thought they have been executed in the right way. Portrait cards should be elegant and nice with excellent photography featuring the player. But they have yet to impress. Get to work Upper Deck!