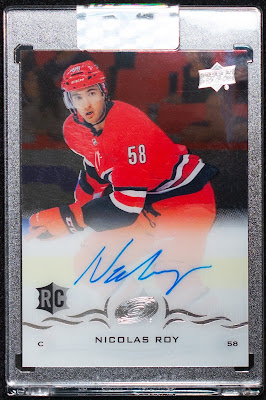 Upper Deck and Topps both release an acetate product in the same week so for collectors who collect both hockey and baseball, the products can be compared in a head-to-head. When it comes down to it, the Upper Deck's offering is less satisfying, less of a value, and more expensive. That's not good.

Product Thoughts
One thing that Upper Deck Clear Cut has going for it is the look of the cards. Upper Deck has always done a magnificent job of making cards look nice and classy. The Clear Cut cards have a great looking frosted white portion that has tasteful foil highlights to go along with the blue on-card autograph. The one-touch that it comes in is sealed with the Upper Deck hologram which gives it a nice touch as well. In terms of design, Upper Deck gets a thumbs up. 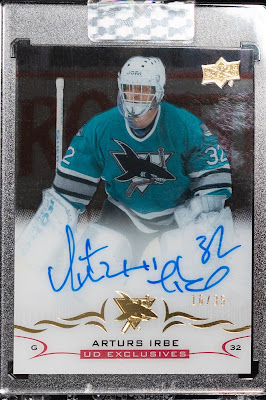 Where the product falters is the price. Boxes of Clear Cut are about eighty dollars at the time of release. That's eighty bucks for just one card. Hockey has traditionally been weaker in terms of the value of cards when compared to the other major sports. So to pay so much more for a product doesn't bode well for the release. Topps' Clearly Authentic has the exact same configuration but at twenty to twenty five dollars less. If I had to choose a product, I would go for Topps all day long. Not only is it cheaper, but the potential to pull a card that is worth more is much higher with that product. 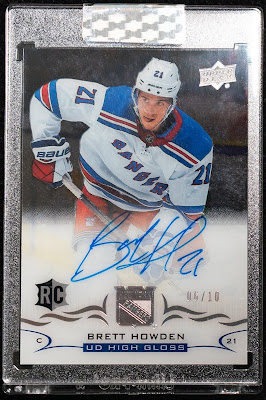 Watching break after break of Clear Cut, what I've seen the most of have been just plain 'ol rookie cards. If you just want to test the waters of Clear Cut and buy a single box, chances are you're going to pull a rookie auto. Unfortunately, the product is stacked with rookies that are not significantly worth anything. Finding a great vet or a high-end rookie is a very tough proposition. You're much better off just finding the player you like and buying the card as a single. The gamble here is too ridiculous. 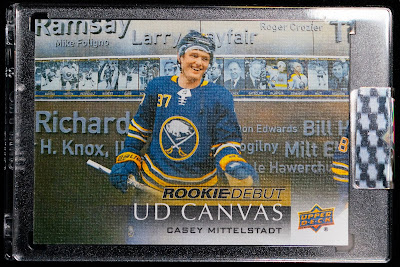 I don't want to be a complete downer on the product. One thing that I did like about Clear Cut was if you got a redemption card, you at least got a Rookie Debut Canvas along with it - that way you didn't just feel like you got nothing but a long wait in you box.

All-in-all I was really looking forward to Clear Cut, but the reality of the product is that it just isn't worth the price. If the price were to reach the fifty dollar range I could see myself getting more, but for now... nope.