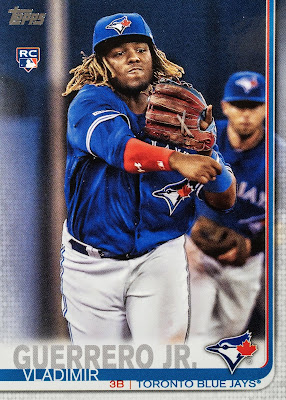 Topps completes its main set of cards with 2019 Topps Update. These cards wrap up the season by featuring the final group of rookie cards from the 2019 season as well as players who changed teams since their cards came in series one or two. Collectors will also find a huge number of All-Star game cards and Rookie Debuts when looking through their packs.

Product Thoughts
Topps Update sets have really been driven up by hype these past few years. Many of the big name rookies that people are looking for end up in this set. In 2018, there was Ronald Acuna. His update rookie caused a huge value increase in that series of cards this past season. In this set, you'll find the true rookie card of Vladimir Guerrero Jr as well as other hopeful stars such as Cavan Biggio, Michael Chavis, and Keston Hiura amongst others. 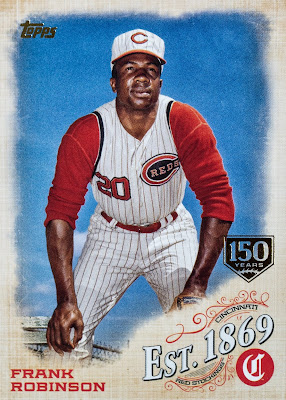 Parallel cards abound within Topps Update just as it does with every other Topps product. Even the inserts such as this Frank Robinson has a parallel. While the inserts may be fun to find, the parallel cards are where it's really at. Finding a numbered parallel card of a hot rookie from this set can be great as often times there will be great value to the card. 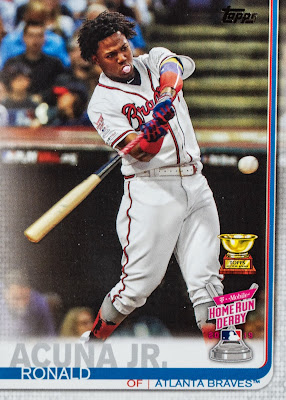 Be on the lookout for non-true rookie cards of players as well as All-Star Game cards. The All-Star Game is prominently featured in Topps Update. You'll find star players who have AS cards as well as players who participated in the All-Star Game's home run derby. While these cards can be cool, these cards area not worth nearly the amount as a true rookie card would be. The same goes for the rookie debut cards. It's the card without that phrase you'll be looking for. 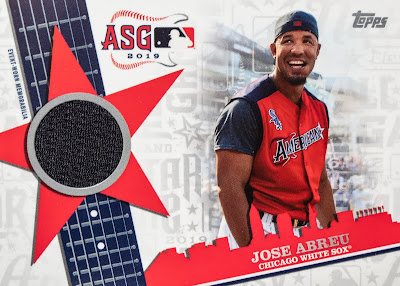 Speaking of the All-Star Game, many of the hits that you'll find in Update come from that event. In my two boxes of Update I pulled two standard jersey cards from the All-Star Game weekend. The card says that the little swatch was event-worn... so I'm not clear as to how it was used. I would have much preferred an autograph, but the standard hobby boxes of Topps Update will most likely contain a jersey hit like this one.