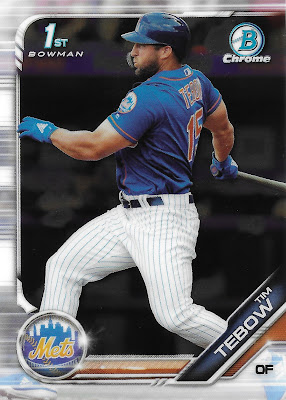 Bowman Chrome is one of the most highly sought after releases in baseball because of the enormous potential that is contained within the packs. The young players that you can find in here could one day make it big thus making the cards you pull worth quite a bit of money. Of course, the opposite could be true too - and that's the fun of collecting Bowman.

Product Thoughts
I love prospecting brands like Bowman because of the long-term collectibility that the cards hold. Years down the line a player that has a first Bowman card in this set could end up being worth hundreds or even thousands of dollars. So it's definitely worth it to make sure you keep every card in great condition and store them away nicely. Because history has shown that Bowman cards could potentially be huge in the future, the product comes out of the gate scorching hot. 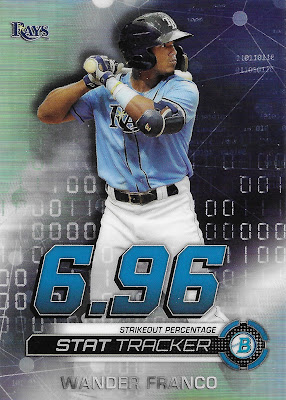 Prospects can be awesome, but more often than not they let us down. The Stat Tracker insert cards give collectors a glimpse at some of the current numbers that a prospect is producing, but the key is if that prospect can translate that into a great baseball career. If they can - like Mike Trout has done - then the cards might as well be pieces of gold. 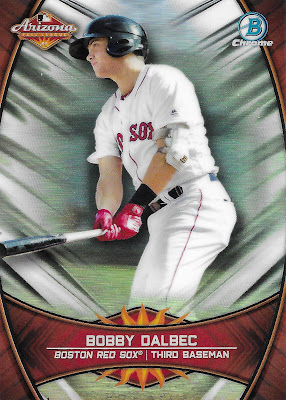 Most of the players that are in Bowman products will never really gain any sort of Major League stardom. To be a great Major Leaguer, you have to be something really special. Bowman just crams every prospect into their sets. It's sort of a spray and pray approach. There could certainly be a huge star in here, but it could also be a dud year with absolutely nobody worth collecting. 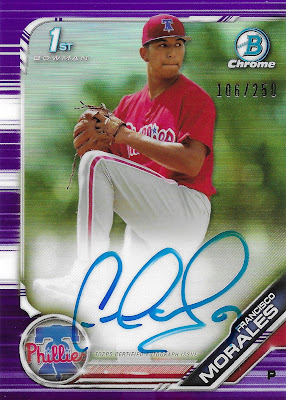 My box came with 2 autographs of pitchers. Sigh... that's not that great as pitchers never seem to command the same values as hitters do. I'll be crossing my fingers for young Francisco Morales though. Since I got his purple auto numbered to 250, if he makes it big... so do I!