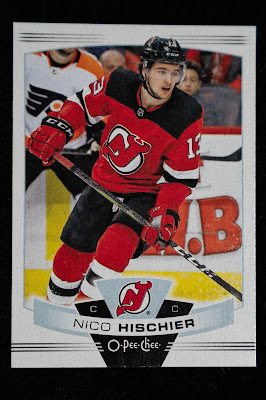 Upper Deck's premier retro set has arrived for the 2019-20 hockey season. O-Pee-Chee comes at collectors with hockey cards with that old school cardboard feel. Boxes are pretty inexpensive and you get a good number of packs to break. You're not going to find any autographs or hits (at least not announced ones) in boxes, but there will be alternate variations of cards and manufactured relics to be on the lookout for.

Product Thoughts
In the day and age of the 'hit', OPC goes in a different direction. Sure, you can find inserts, parallels, and variations, but you're not going to find a jersey card or autograph in the breaks that you do. I personally don't like this. Hits in OPC used to be pretty hard to find. Autographs were like a case hit. They were tough, but not impossible. To have them totally out now is disappointing. I'm a collector that really wants to find jersey cards and autographs. Without them, or something that is really desirable, I can't find much of a reason to purchase the product. 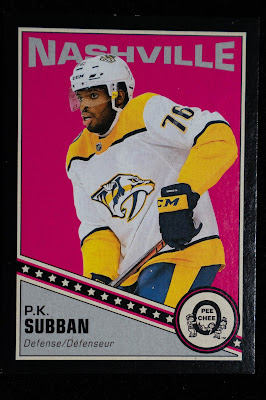 Back this year are the retro cards that come one-per-pack. Honestly, the retros in the past few years have really lacked a great design. The retro cards should stand out in a big way. I find the retro design this year to be nice and safe, but that's means they are unremarkable. Maybe getting a parallel of a good player could be exciting, but overall Upper Deck's team needs to find a way to make the retro part of OPC relevant again. 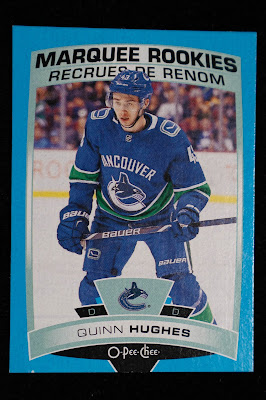 As with all pre-season releases, Upper Deck can only include rookie cards of players that dressed in an NHL game towards the end of the last season. Most of the big rookies won't be found until the NHL get up and running again. That being said, Upper Deck proudly states that this year's crop of carryover players is the best yet. Even if that's the case, OPC rookie cards are not typically the ones that collectors really chase down. 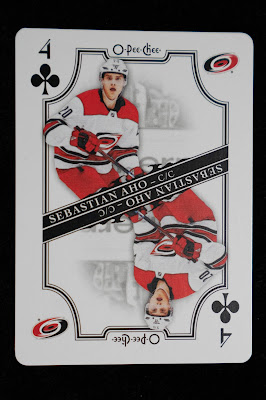 I feel like there are less inserts now in OPC. Where did the stickers go? I guess that idea is past its prime. Back though are the playing cards. I think it'd be funny if someone actually took the time to put the playing card deck together and actually played with them. That'd be cool, but some of the cards in this set are pretty short printed so that idea wouldn't be the best. 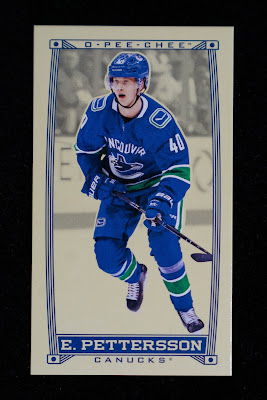 New this year are the caramel cards. Why are they called caramels? I have no idea. Is it their shape? Well, these cards are an odd ball size and that means a pain in the butt to store. Since these cards are about as tall as a standard size card, putting them in a penny sleeve works, but still they will slide around and be uneven. Not cool. 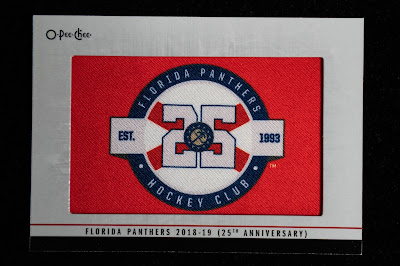 One of the more rare 'hits' to find in OPC are the manufactured patch cards. OPC has inserted these cards into their sets for a few years now. I think these cards are a fun pick up if you like the team that the card is about. I got the Florida Panthers so I'm not too excited. I do, however, like the fact that this card is rare and comes only 1 in every 1,125 packs. Those are some steep odds!