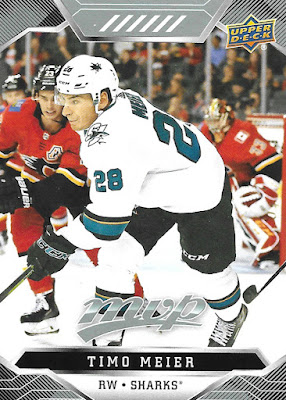 You know that it's time to gear up for the next hockey card season when MVP gets released! It's always the first out of the gate when it comes to hockey cards. I used to really dislike MVP because it lacked any sort of excitement in opening it, but in recent years MVP has stepped up its game quite a bit. There are a lot of fun inserts to get in this product, and if you're really lucky, you may even get an autograph. This set is one that is affordable and a great way for younger collectors to get into the hobby.

Product Thoughts
MVP comes at collectors with a nice modern design that works very well for its audience. I love the borders and the overall color scheme. It's a bit busy, but nothing seems out of place on the card. Though there is no actual foil here, the cards have a nice shimmer about them, especially the parts that are silver. If I were a young collector, these cards would appeal to me and be at a price range that I could spend my allowance on. It's also nice that MVP spits out a good number of insert cards to make the product interesting. 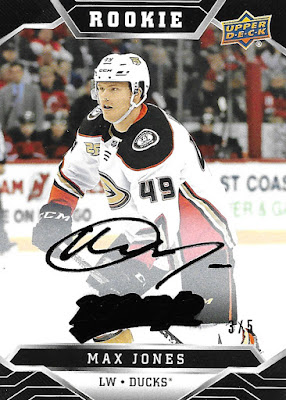 Script parallel cards feature a facsimile autograph on the front. The silver versions look like actual silver sharpie was used. I really had to do a double take when I saw the first one as I thought it was an actual autographed card. Upper Deck did a really nice job on these to make them pop. I was lucky enough to pull a black variation with serial numbering to just 5. Cards like this with this sort of rarity makes MVP fun for more seasoned collectors. 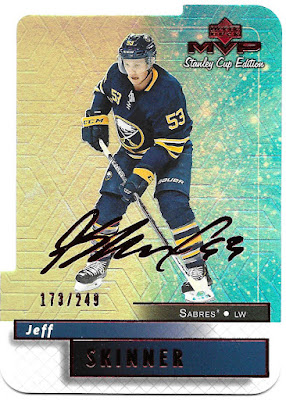 MVP celebrates 20 years with a special 20th Anniversary set. These inserts look like standard MVP cards of years past, but you can also get nice looking parallel version of them. I particularly like the die cut Colors and Contours variation as the cards stand out with a nice shimmer of color. Each of them are numbered to just 249. 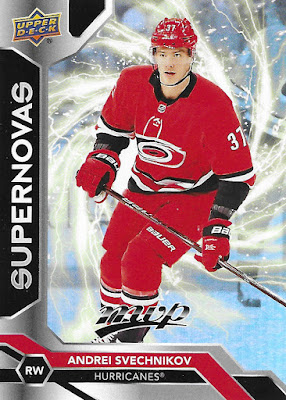 Speaking of shimmering, many of the inserts you find in MVP have a shiny quality to them. Again, I think this appeals to younger collectors, but older collectors should enjoy them too. The card do look quite nice and harken back to the 90's when inserts were all the rage. MVP is kind of a retro set in that regard. These shiny insert cards are nicely done and are pretty eye catching. 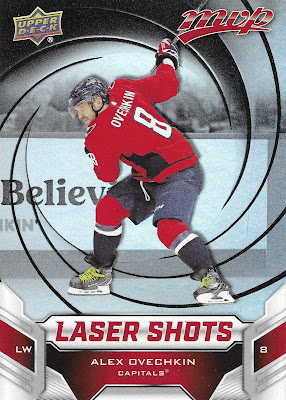 For a quick and inexpensive break MVP does a great job. You won't a hit very often, but if you do, it could be absolutely huge. I didn't see autographs listed on the box or wrapper, but it appears that there are quite a few rookie autographed cards available as well as big names like Connor McDavid and John Tavares in the product. Not bad for a product like this!