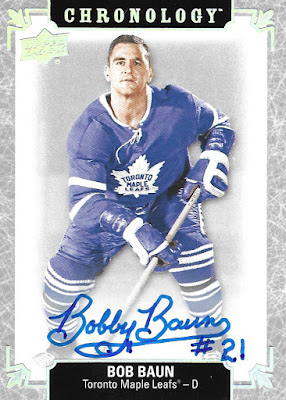 I'm so happy to finally get some hockey cards back on the Cardboard Review. My local hobby shop did not get their shipment in so I had to do an order from DACardWorld.com. Sorry for the lateness, but here is my review of Upper Deck's Chronology Vol. 1. It's a one-pack-per-box deal that puts all the focus on retired players. As usual with these types of products, a box/pack will cost you a little over a hundred dollars.

Product Thoughts
I have to say that I'm very lukewarm regarding this product. I like the idea of getting retired players, but from the breaks I've seen, many of the players I've seen come out of this have been smaller name guys that I definitely wouldn't be too excited to pull. That being said, it is possible to pull the big guys like Wayne Gretzky and Joe Sakic, but there's a better chance of getting guys like Jamal Mayers and Douglas Murray in your break. Now, if you're a hardcore Sharks fan, Murray might be ok... but Mayers... I just don't know about that. 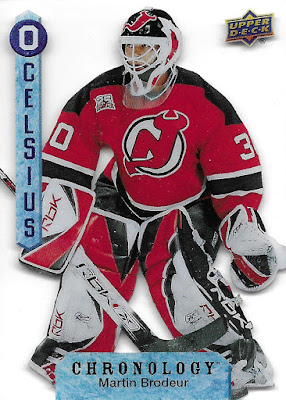 Aside from the autographs that come about two per pack, you get either a base card limited to just 222 or a 0 Degrees Celsius card. The base cards have a very standard Upper Deck look to them, so I'd rather get the acetate card that came in my pack. These acetate cards are nice and thick and remind me of the old cards that Upper Deck used to put in Upper Deck Ice. These cards fit the hockey theme perfectly. 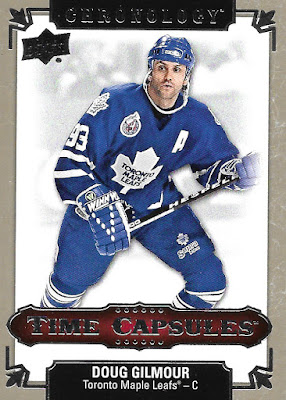 Taking a page from Topps' Allen & Ginter, you can now rip open Time Capsule cards out of Chronology. Upper Deck has made getting the Time Capsule cards relatively easy to get as I've seen many of them come out of Chronology breaks. Inside the card you'll find a mini card that is limited. I had fun ripping open this card. Since these are much more common than the Allen & Ginter ones I don't find it too hard of a choice to rip them or not. I simply just go for it. The value of the Time Capsule inserts are nowhere near the Ginter ones... unless you happen to have one that is serial numbered to something with a low number. 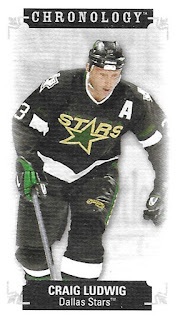 Chronology makes a very quick break. If you're really into retired NHL players, then this is definitely a product for you. I will admit that though there are names in here that aren't that desirable, it is nice that you can actually find guys like this in a product. Many times you'd have to rely on 3rd party companies to include players like this and it's cool that Upper Deck has a set where they can be found. I just think it's better to hand pick the ones you want on eBay rather than trying to crack packs of this to get them.