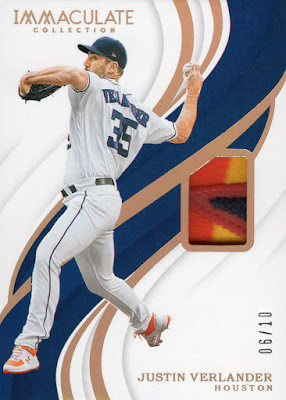 I feel like high-end baseball products come out all the time! With hockey, it's a slow journey towards the high-end products. Now that I'm collecting baseball, it seems like every other release is something spectacular and expensive! Today Panini released their Immaculate Collection set chock full of autographs and memorabilia to find in each tin. Immaculate is one of Panini's top tier brands so the expectation for what we can get is through the roof!

Product Thoughts
I was a bit hesitant to purchase a tin of Immaculate because of its high price point, but upon seeing some breaks of it online, I decided to take the plunge. I hadn't been much of an Immaculate fan before as I thought the cards were pretty plain for a high-end offering. Many of the windows for the memorabilia were small to me, and the set just didn't have a huge 'wow' factor. But seeing tins opened online changed my mind. I saw a ton of great content including cleats, buttons, socks, as well as patches and bat pieces. Nice memorabilia pieces were coming out of a good number of tins so I purchase my own. 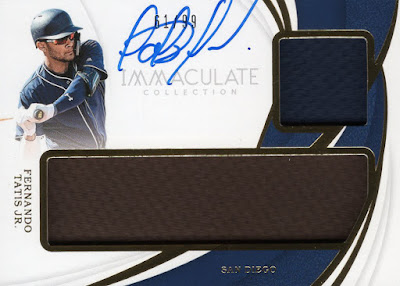 Tins of Immaculate baseball are $250 as of the writing of this post. It's a bit steep, but I thought they would be more since the basketball version of Immaculate is a bit more expensive than that. It was pretty much at the very highest price I was willing to pay for it. I thought that the box I opened with pretty middling. The Tatis Jr. was a nice hit, but nothing really blew me out of the water from this particular tin. 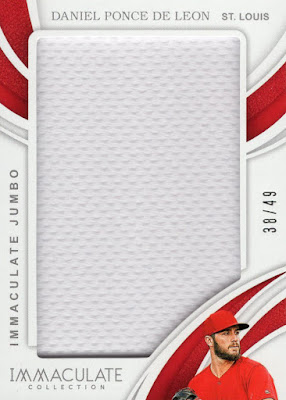 I was a bit surprised at how many rookie and young players were in the breaks of Immaculate that I saw (mine included). Immaculate seems to be pretty rookie heavy with less of a focus on old school greats. Since I prefer the older players, I guess this is what makes me feel that the product is a little lacking (for my personal tastes). For those who enjoy the newest of the new, then Immaculate is pretty great as it seems to put out tons of the young guys. 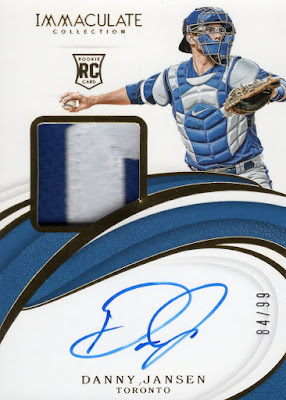 Rookie Patch Auto cards numbered to 99 are always a popular type of card. It was pretty sweet to pull this card of Danny Jansen with a pretty decent looking patch. The overall look of the card is pretty nice and clean. I get sort of an Upper Deck SP vibe from it as that brand was always pretty clean cut with team colors on a white background. I'm gonna cross my fingers and hope Danny Jansen becomes an amazing player. 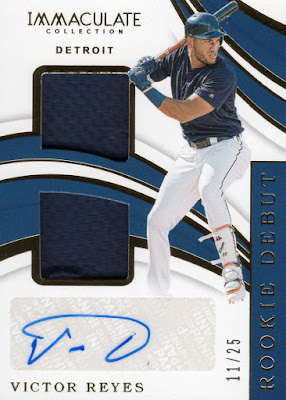 For something that costs as much as this does, it is a little sad to see that sticker autographs are utilized for some of the cards. Sticker autos are never as cool and make me think that the product isn't as high-end as it advertises itself to be. One other thing that is a bit annoying is that many of these cards have a little bit of chipping or white edges right out of the box. This is very typical of high-end cards from all companies - I guess its just a design flaw. But it sucks. Hopefully companies can find a way to get these expensive cards out to collectors without the damage. Otherwise they should change the product name to Not Immaculate.