I've had a blast opening up these little gems. This is my fourth and final break of ITG Millennium Signatures. Who knows, maybe I'll purchase some more in the future, but for now this is it! I really hope I end on a high note. Each pack break so far has been better than the last! 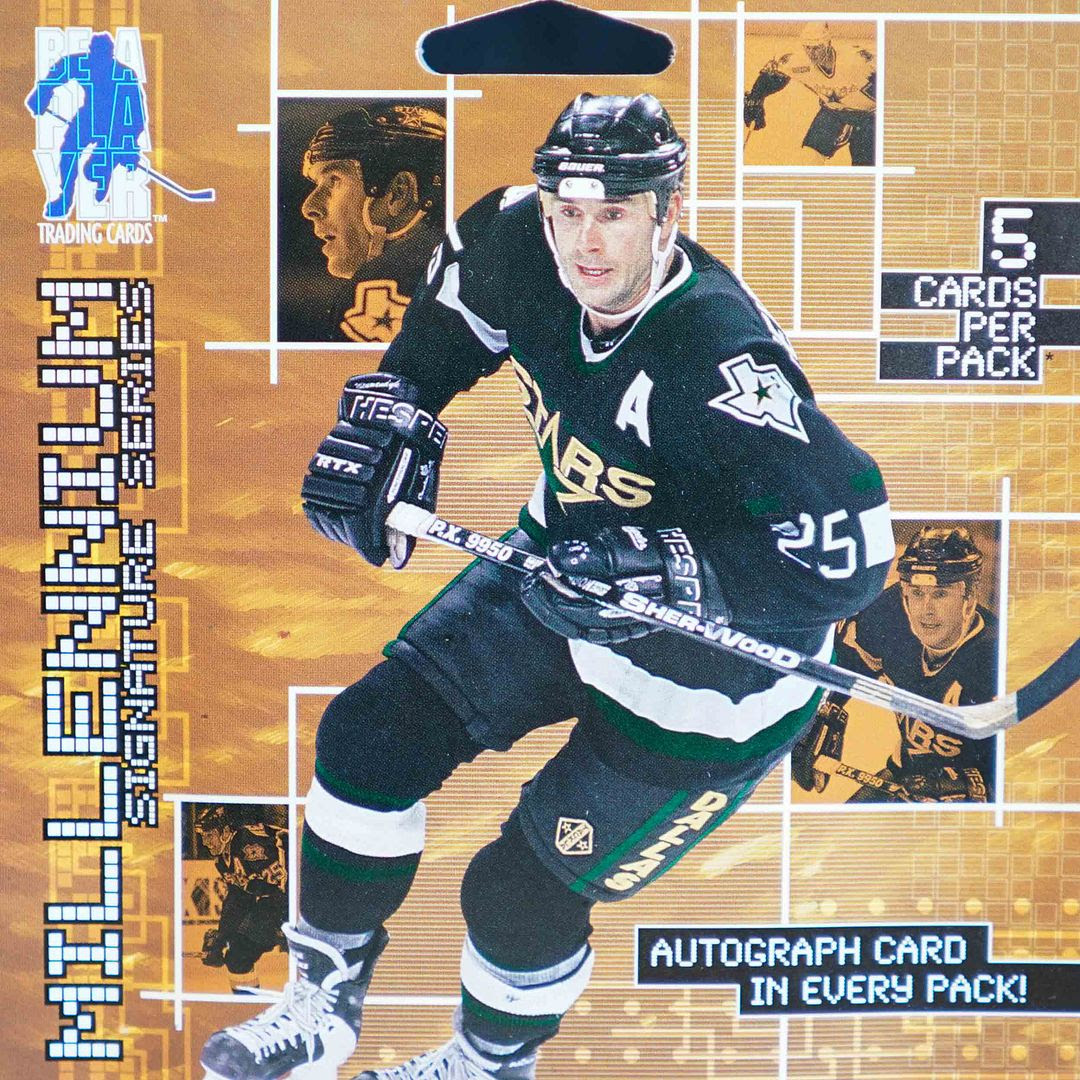 I really shouldn't have my hopes too high with this pack. My last pack had a rare blue parallel card numbered to just 100 plus a nice autograph and some good players. At the very least I will get a nice on-card auto out of this. And that's what I've really been after by purchasing these packs. This is a really fun product to break that I'm sure would bring back a lot of memories to people who loved hockey during the turn of the century!

Let's see what comes out of this old pack:

Review -
Not bad! I'd have to say that my last pack of Millennium was better... but just slightly. This week it was actually difficult to come up with the third card in my top three as I think each of the cards in this pack could have been a contender for that spot. Stu Grimson and Jason Arnott were the base cards that I chose to exclude. Grimson's card is awesome as it features him without his helmet on. And as for Arnott, he was one of the ageless wonders of the NHL and only retired a few years back.

These were my top cards: 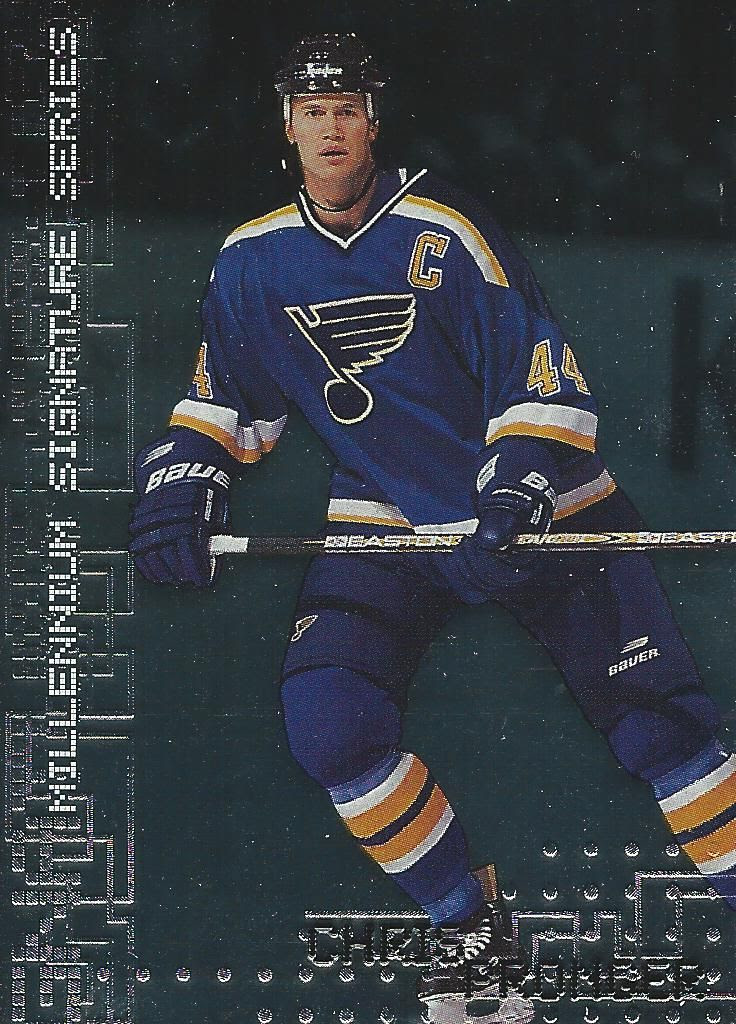 #3 - Chris Pronger Card No. 202
Pronger was not a well-liked hockey player, especially by his opponents, but he was a force to be reckoned with and a tough minded D-man. I know he's had a tough time in recent years due to the impact hockey has had on his body and mind. Wish him the best! 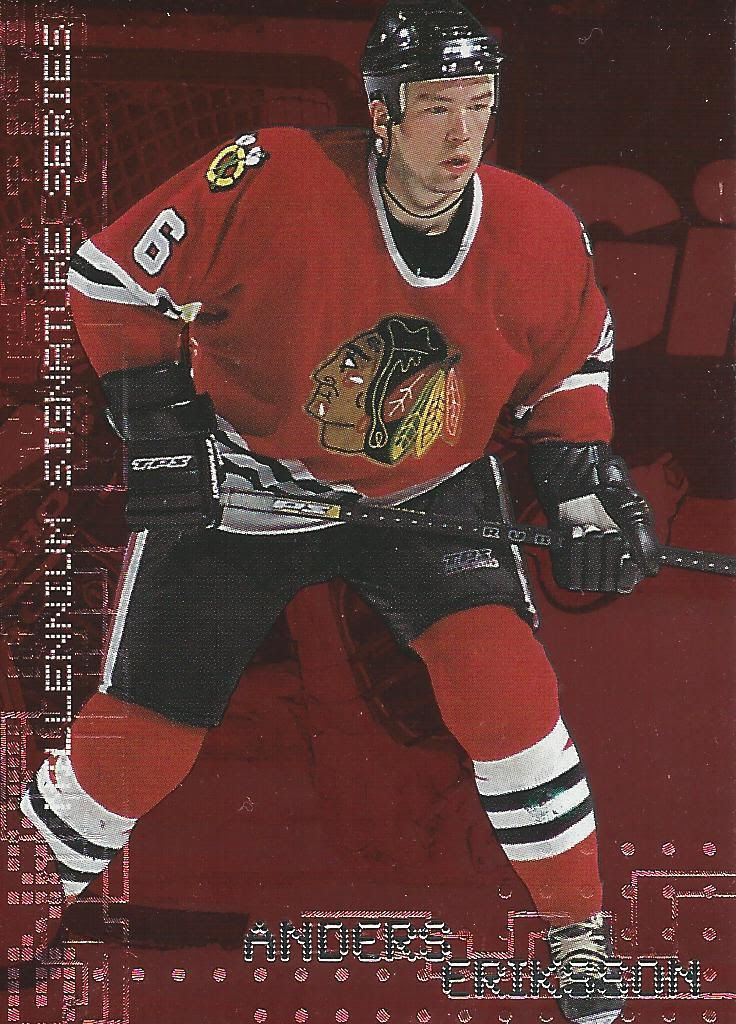 #2 - Anders Eriksson Card No. 58
It was awesome to get another parallel card this time around. These red parallels are not as rare as the blue. While those were numbered to only 100 each, these are to 1000. Still, it would have been a very good pull back then. 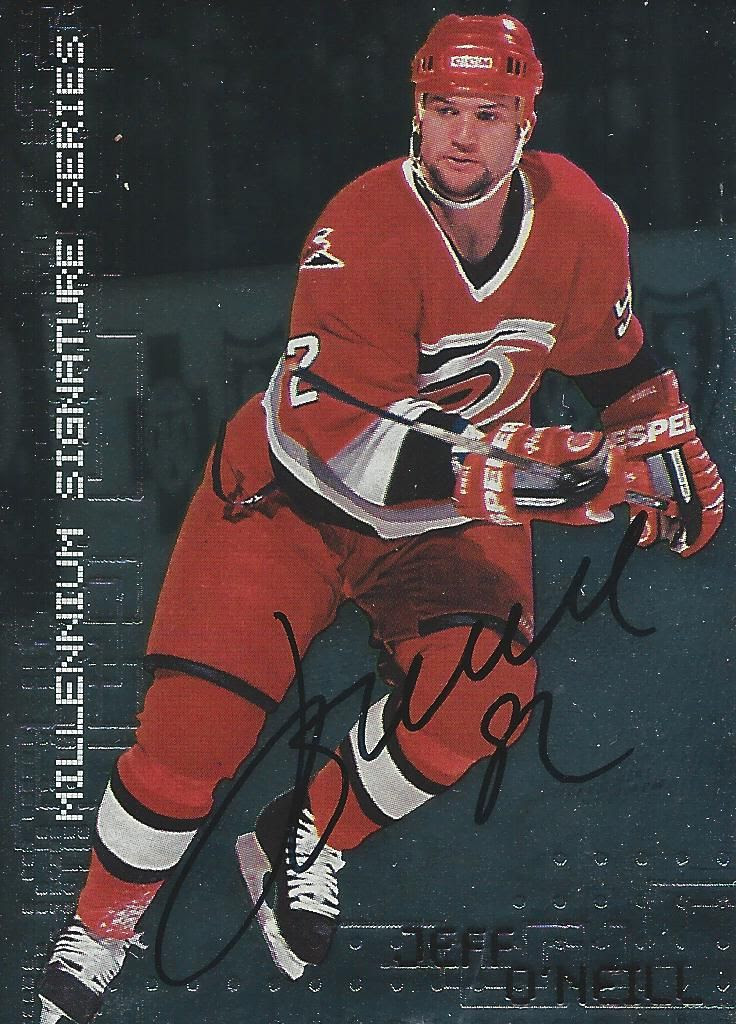 #1 - Jeff O'Neill Card No. 51
Of course the autographed card gets the top spot. O'Neill's signature is on-card and nice and clean. I like how he signed the card with an upward sweeping motion. It's a very nice autograph here!

Overall Value -
These old Millennium Signature packs have been awesome. I hope this little series on them have spurred some of you readers to find some and break them yourselves. Hopefully the supply of these cards has not completely dried up. I'd definitely dip back into the well for some more if given the chance.

Look for a new episode of Retail Review every Sunday!
Posted by luke. at 8:10 AM