It's that time of year again, the start of the new hobby card year! MVP kicks off the 17/18 collecting season with a new set of cards in this long-running brand. Seasoned collectors will immediately be familiar with what MVP has to offer. There are intriguing inserts, parallels, and hits for new collectors and old to find when opening up this product. 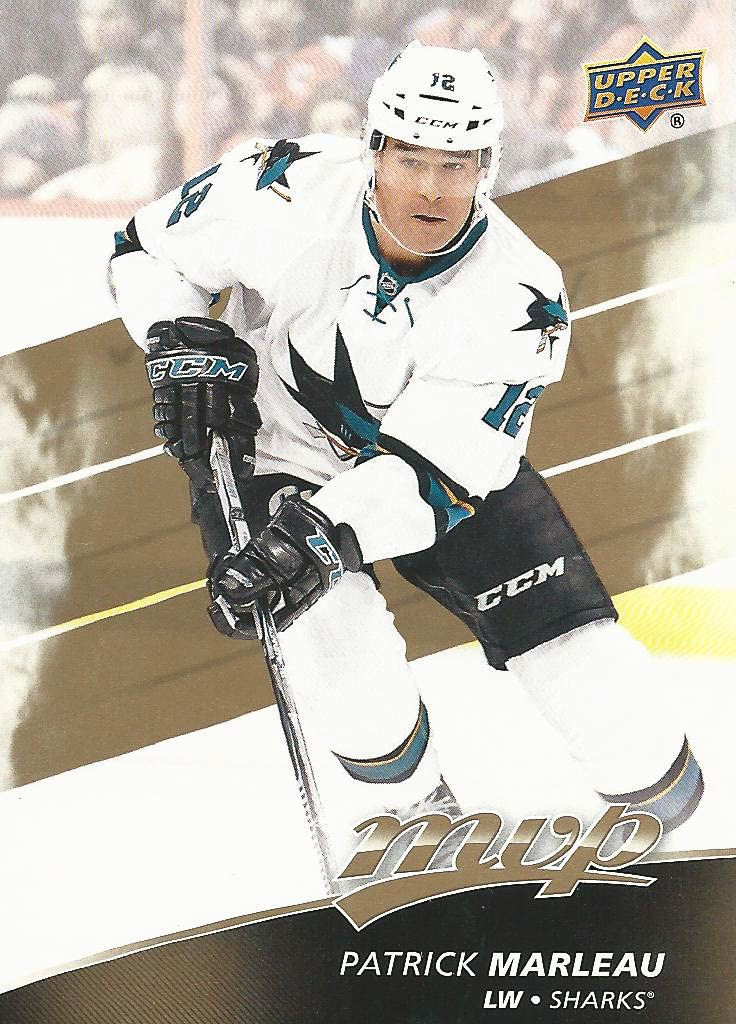 Base Card Design -
Guess Upper Deck didn't get the memo... Patty's on the Leafs now! But you really can't fault Upper Deck for now being totally up-to-date. These cards were designed and made before some of the most recent trades and moves. So while MVP is a 17/18 product, many of the cards in the set will not reflect the current status of players because of its early release. That being said, the MVP design this year is on-par with what a lower end product should be. These cards have a cheap glossy feel to them, but overall the look is nice. The slanted line element behind the player has a little shimmer to it and gives the card an interested look. I also like the bits of mist on the borders of the card, it does a good job of making the player stand out. 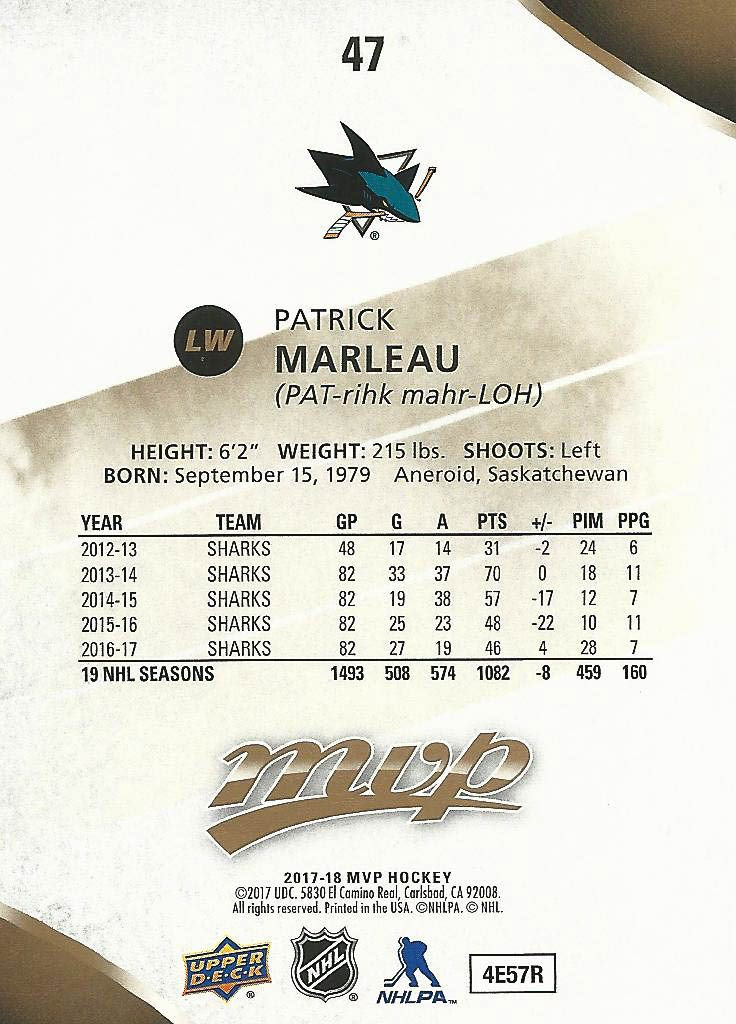 The back of the MVP base cards are very plain, I'd say more plain than usual. There is quite a bit of unused space throughout the back of the card. Upper Deck could have utilized the space better. I suppose they could have been going for an extremely clean look, but I wouldn't say it's especially clean either. The graphical design of the back is a little muddled and confused... more than it should be for some basic informational elements. 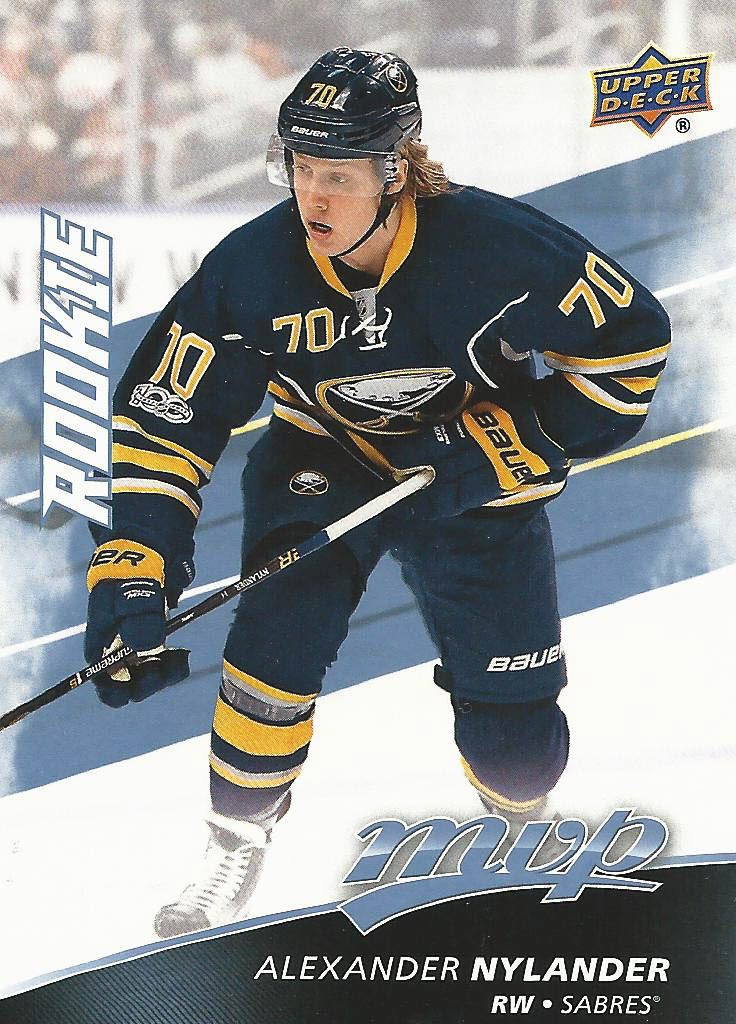 Rookie cards stand out from the base set with a black and blue color scheme. It's a nice look for the rookies. It's about as good as it will get for a card that doesn't feature foil to highlight aspects of the card. Like the standard base, these cards come off just a bit flat. The rookies featured in this set are those that skated last year but never had a card made for them.

Inserts/Game-Used/Autos -
Hobby boxes of MVP come with 20 packs with 8 cards in each. There are a variety of inserts and hits that are available for collectors to find. Because MVP is a lower end brand, getting an autographed hit is pretty difficult. 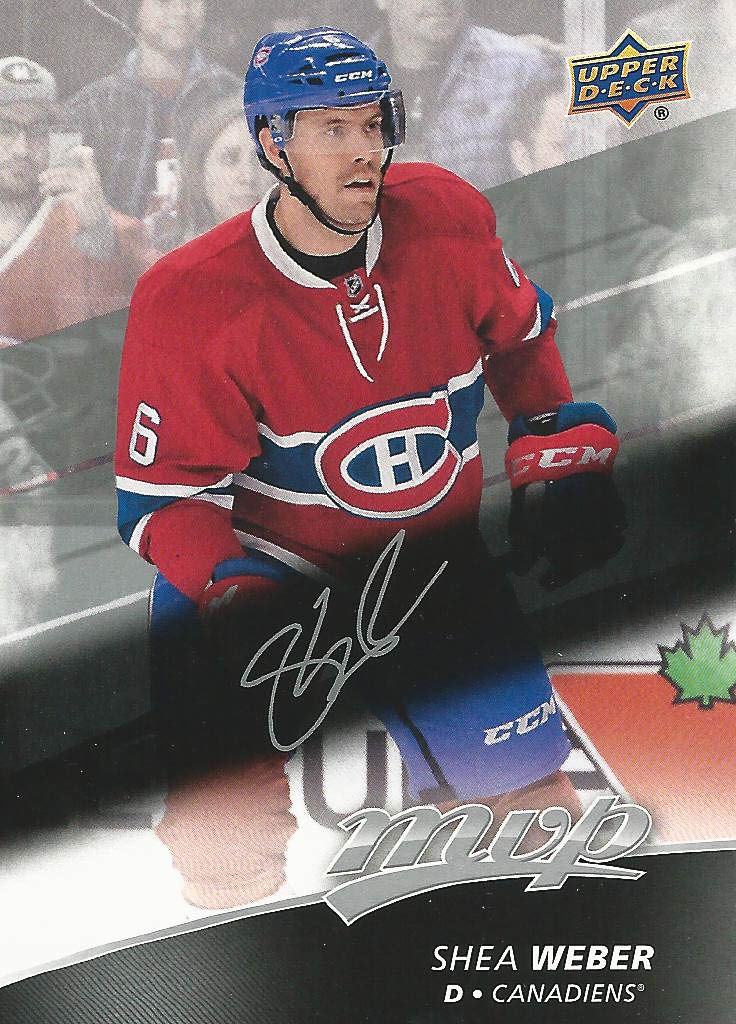 When I was opening up my box of MVP I thought these were black parallel cards. Nope! These are the Silver Scripts! Silver Script parallel cards have been a staple in MVP for a very long time and I have generally liked them quite a bit... but this year I'm mixed about them. In terms of the positive, I like the darker look of the card. It reminds me a lot of the way the Rookie cards look. My issue with these cards is the 'silver' script that adorns the front of the card. Sure, it's silver-ish... but in the past the silver was a bright shiny foil embossing. Upper Deck really skimped when it came to this particular parallel set. That's really too bad! 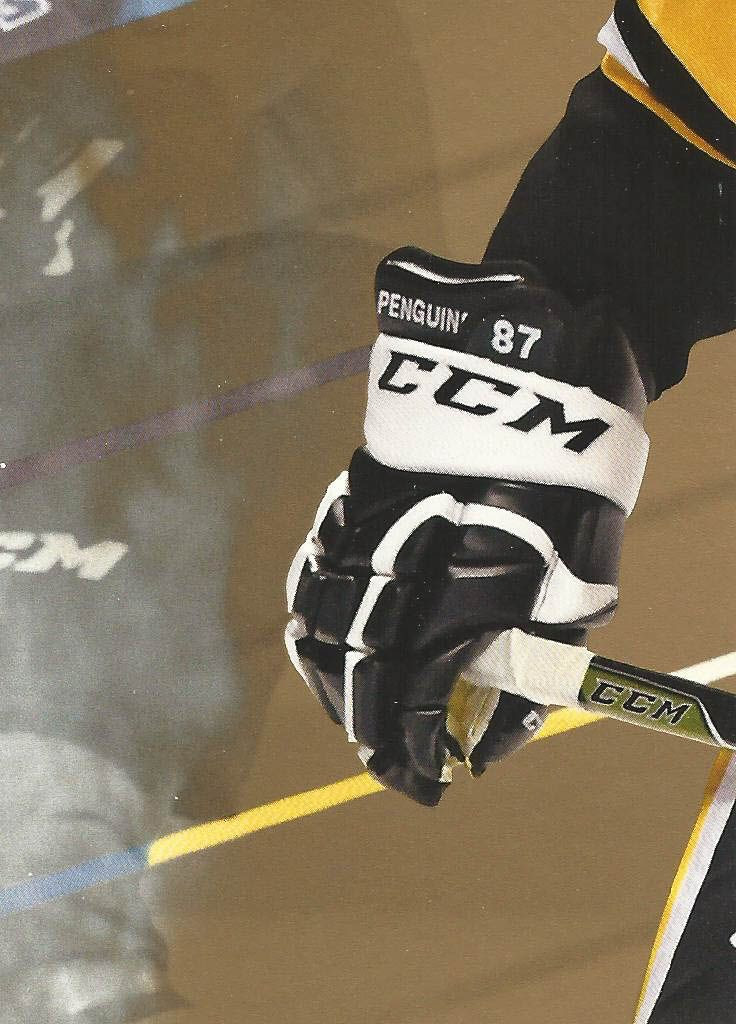 Puzzle piece cards make a return this year. These come one in every four packs and can be combined to create a large MVP card. Cards like this may be fun for younger collectors, but I don't see a huge appeal to putting together this set. I would be very impressed if anyone were able to get a large card put together (especially a younger collector) as these puzzle cards parallel the entire MVP set. You would really have to put in some effort to get one of these puzzles put together. 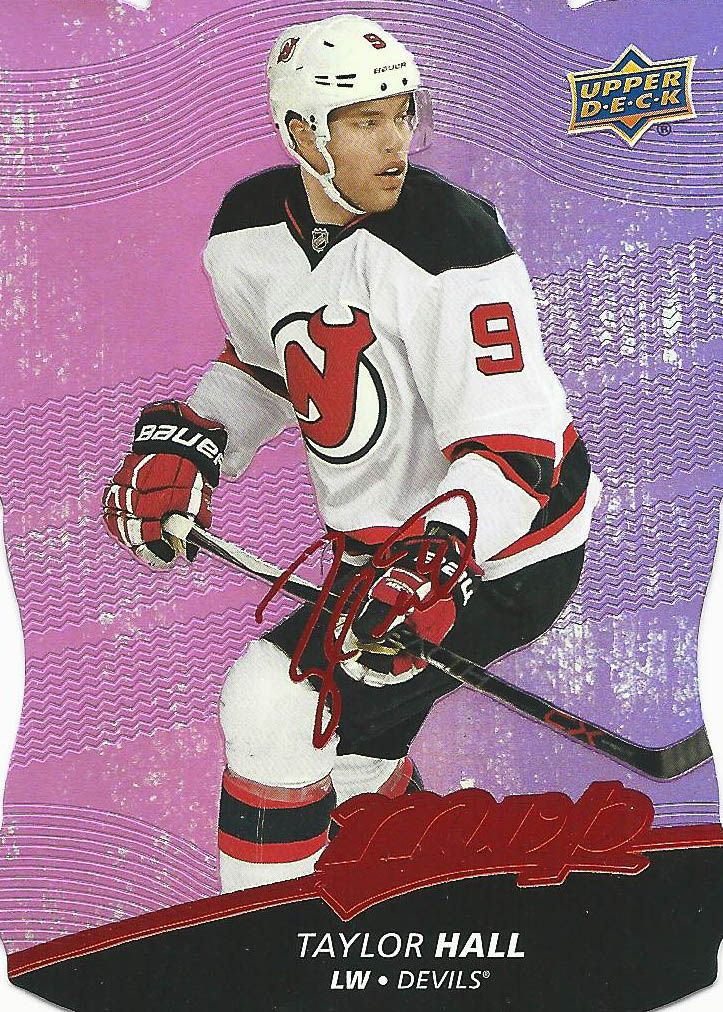 The Colors & Contours foil set looks great. This set of cards looks really nice but can be very confusing to collect. There are different colors and rarity tiers. Tracking down which cards are what can pose a challenge. The easiest to find come one per fifteen packs, but the most difficult pulls come one per every four hundred! If you're into these cards, be sure to become familiar with the different levels as that will help you when putting these together. 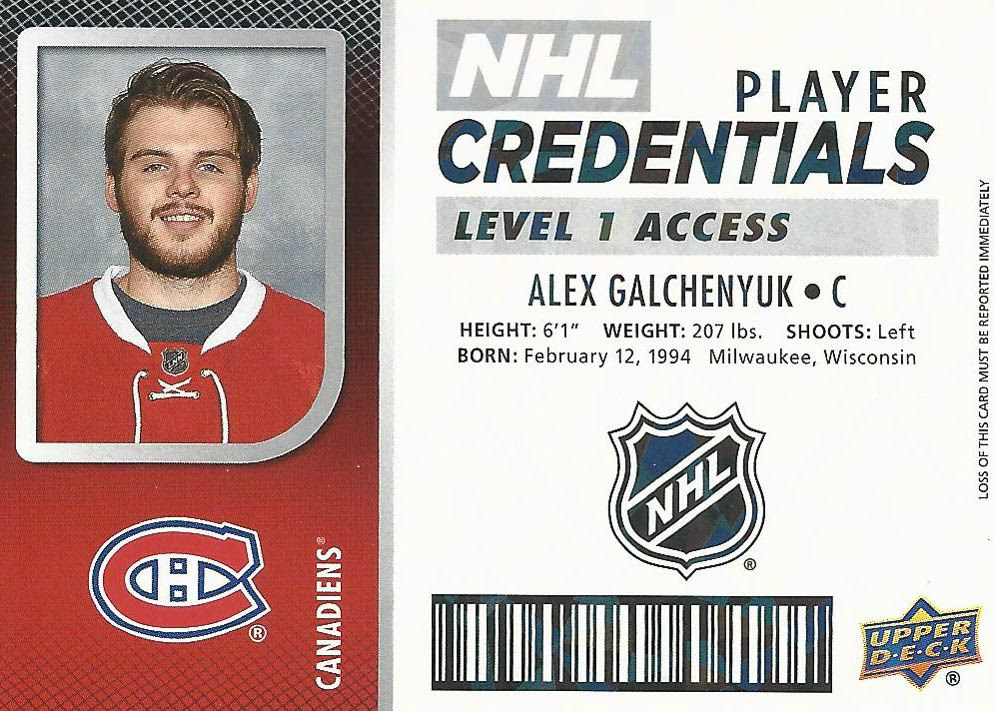 My favorite inset out of MVP this year are the Player Credential cards. These cards look like a membership card that someone might have. In this case, it's membership into the NHL! These cards have rounded corners and a shimmery look reminiscent of a drivers license or identification card. These cards even say to report the loss of these cards immediately. Funny stuff! Hard-to-pull autographed variations of these cards exist as well.

Hard to find inserts are the rookie redemption cards, printing plates, and low numbered script parallels. Most of these types of cards are considered case hits. If you are able to get one in your pack or box, consider yourself very lucky!

Overall Rating -
MVP is a low end set, but it's great to see Upper Deck inserting harder to find cards for the higher end collects to chase. It's also really cool if you happen to get an autograph or redemption card in a cheap pack. It's totally possible in this year's Upper Deck MVP product.

In terms of the cards, they are definitely your low end fare. In general the cards have a cheap, low end feel to them, but thankfully the design isn't too bad looking. It's a nice set for a beginner to put together. There is a slight challenge to it as the high numbers have been short printed.

MVP has some really sweet looking insert cards that make the opening experience fun even if there is no hit in the box. There are tons of colors and unique cards that makes this years MVP a slight step above previous offerings.

MVP is a fun product that doesn't put a huge dent in your wallet. It's worth a look if you want to open up a box very early before the 17/18 hockey season begins.