This morning I'll be opening up a blaster of 14/15 Fleer Ultra. There are seven packs per blaster, and I'm hoping that I'll get a nice Ultra insert out of this box. My last blaster of Ultra didn't go so well, but I'm at it again with this one. It would be great if this blaster actually deliveres something that I like!

Not too long ago I bought a set of the Ultra Rejectors from 1993 Fleer Ultra basketball. It was an ebay purchase that I really enjoyed because it brought me back to the days when Ultra had some really awesome inserts. The Rejector set was small, but it was fun and featured some of the biggest names in the NBA back then. The best card from that set was Shaq. His Rejector card was selling upwards of $30 back then! Of course, it is no where near that amount now.

14/15 Fleer Ultra hockey had some decent inserts to find. There were some that were die-cut and others that had full-on foil board. In earlier blasters that I bought I was able to get a few inserts, the last one however, didn't. To me Ultra is about the inserts so that's what I really want to see when I open up these packs.

Let's go ahead and see what happens when I open up this blaster box:

Review -
Dang it! Another bad blaster of Ultra! This blaster had no inserts, but two Gold Medallion parallel cards. It was pretty boring opening up pack after pack of regular base cards. It's really too bad that these cards have been designed so poorly. The Ultra base are plain with photos that don't inspire at all. The Gold Medallion parallels are kind of nice because of all the foil they use in the background, but it isn't enough to make this set good. I really wish I got an insert card out of this blaster, but sadly that was not meant to be!

Here are my three favorite cards out of this dreadful blaster: 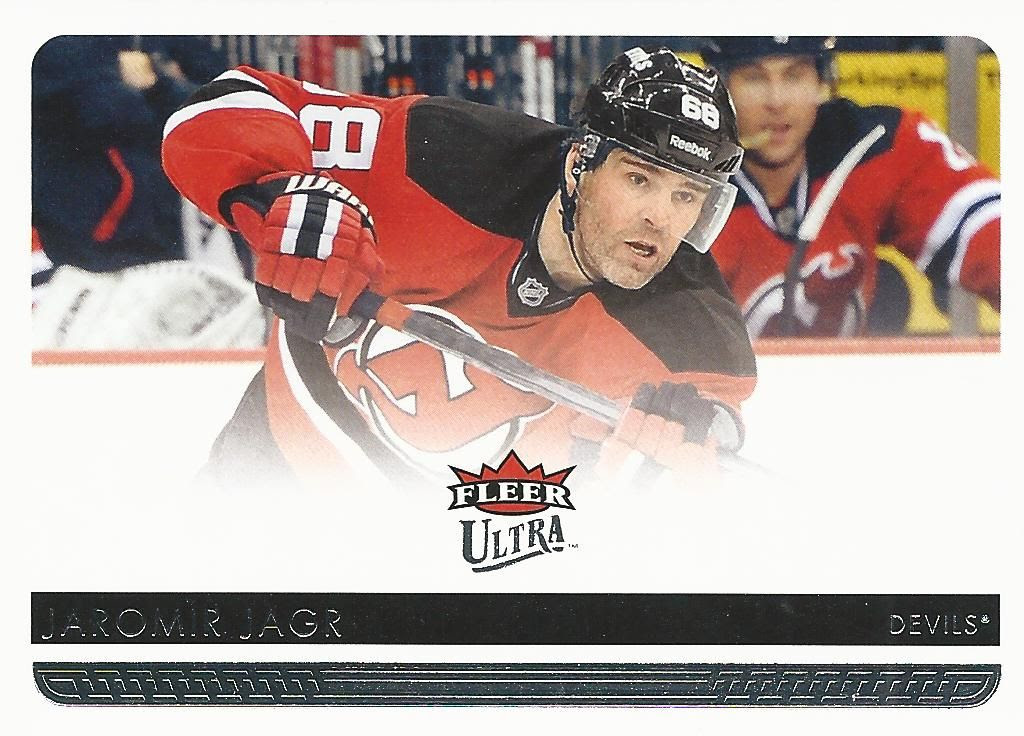 #3 - Jaromir Jagr Card No. 108
I find myself picking Jagr for my favorite cards when I get home quite often. I just find it so amazing that he is still around in the NHL after all these years. He truly is a timeless wonder. 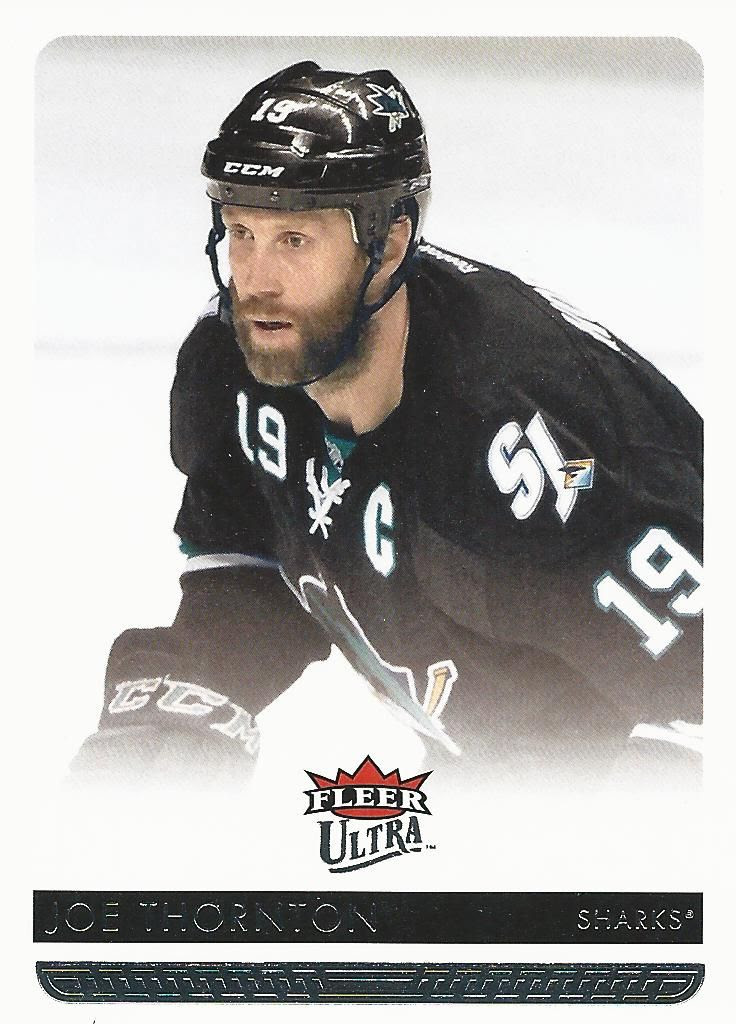 #2 - Joe Thornton Card No. 158
Jumbo Joe doesn't have the tenure in the NHL that Jagr has (really nobody does), but he is considered one of the older guys in the league. I'm glad that he will be back for another season in San Jose... but without Patty Marleau! 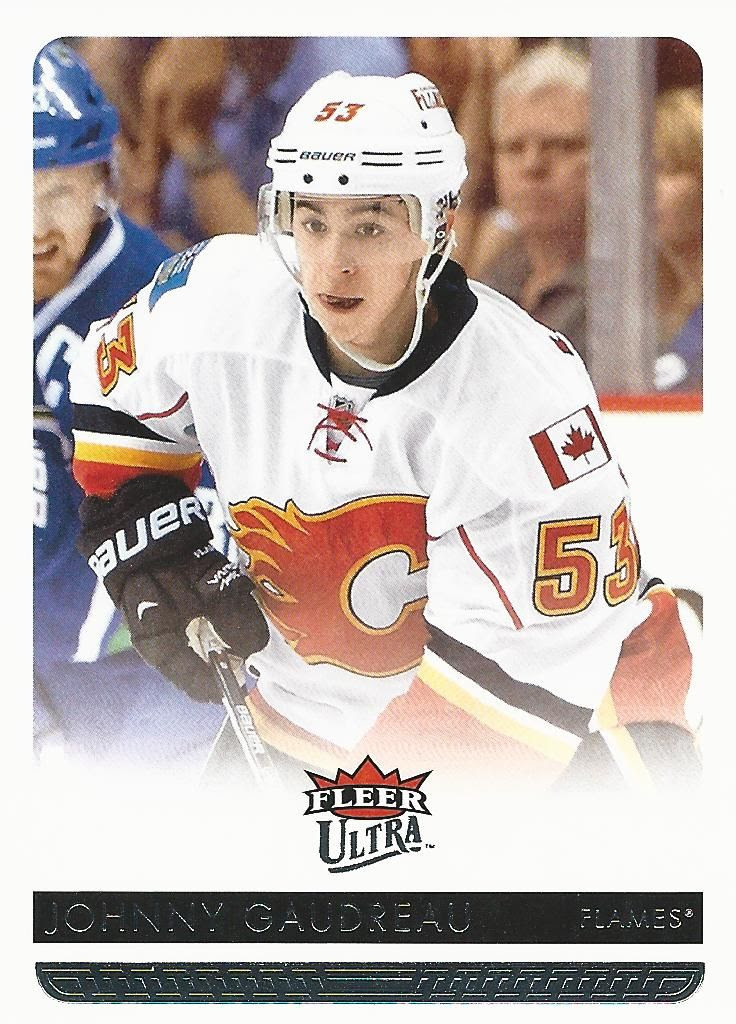 #1 - Johnny Gaudreau Card No. 20
My top card from this blaster is the opposite of Jagr and Thornton. Johnny Gaudreau is a young player in the league that is making a name for himself. Hopefully one day he will have as long a career as the other two.

Overall Value -
This blaster was pretty terrible. When the top three cards are just regular base cards, you know that the box wasn't very good. I think 14/15 Fleer Ultra really sank the brand name. Upper Deck will probably bring it back in its own product somewhere down the line, but it'll probably take some time to heal from this disaster of a release!

Look for a new episode of Retail Review every Sunday!
Posted by luke. at 8:27 AM