This week I'm going with a good 'ol blaster of O-Pee-Chee. I've always enjoyed busting open these blasters because the cards contained inside them are the basics of the hobby. You get real cardboard and retro themed designs. You also get a lot of packs, which makes opening up one of these even more fun and enjoyable. 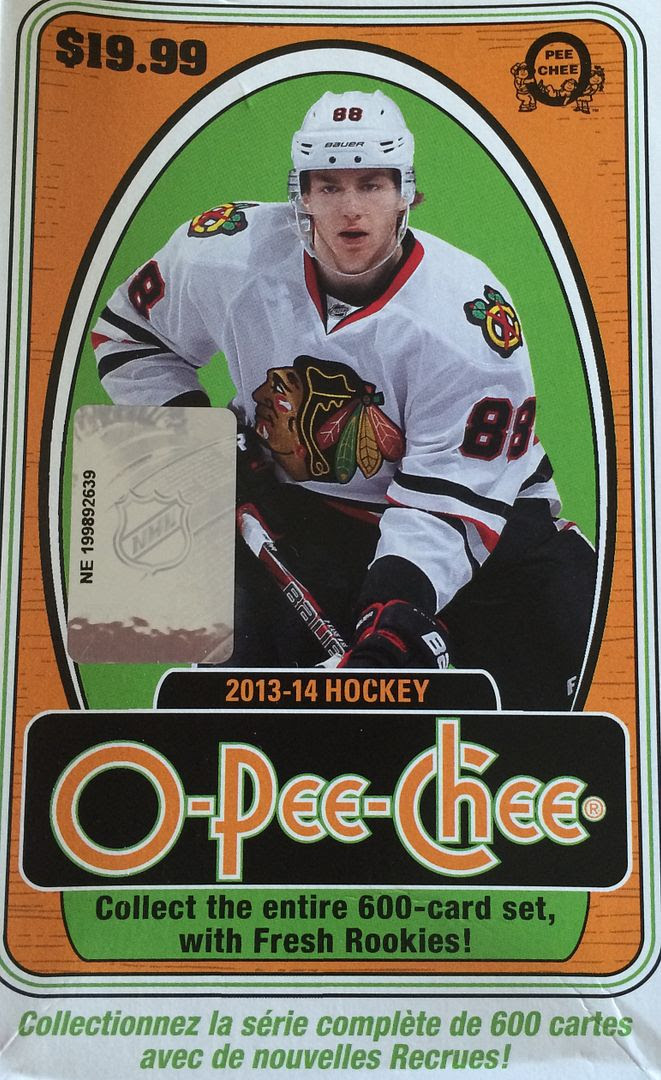 I wish that O-Pee-Chee was a more sought after brand. Though its a household name in the hobby, it is often overlooked because of its lower-end status. I'm pretty sure there are some die-hard OPC collectors out there, but this brand is definitely a niche product. With a base set of 600 cards, this set is as old school as it gets. It's about the size of an 80's baseball card set. Back then it was difficult to find the top players while busting packs. Getting any star player was a great win. Nowadays getting the stars is very easy, but with OPC, sometimes they can still be elusive when buying packs. It's too bad their value isn't much in the secondary market. Things just aren't the way they used to be!

Let's rip this blaster and see what comes out of it:

Review -
This was about what you'd expect from a typical O-Pee-Chee break. There were a lot of packs to open up and lots of cards to check out. This blaster had a large amount of Marquee Rookie cards. I don't really remember this year's distribution too much - but I thought there were more rookies than usual.

In terms of the inserts, I got a smattering of stickers and foil cards but nothing too exciting. I was actually more pleased to pull out a few superstar cards out of the base set. Like I mentioned above, getting good players out of a 600 card set can be hard. I felt that I was able to get a few greats of the NHL in this blaster box.

Here are my top three cards out of this blaster: 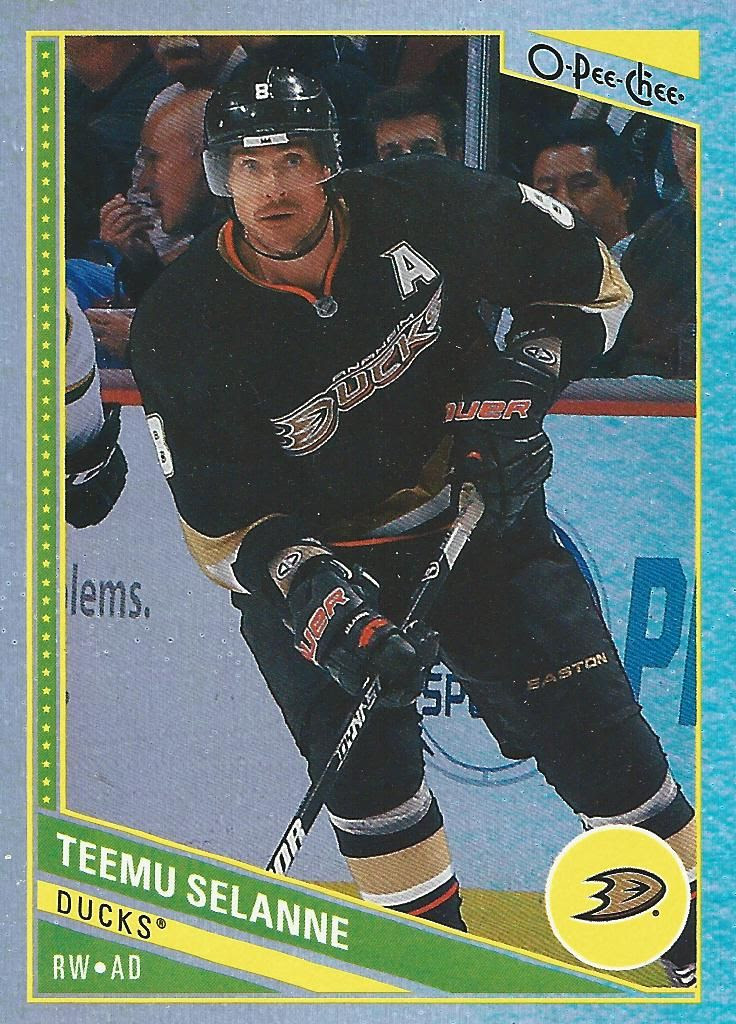 #3 - Teemu Selanne Card No. 110
Selanne is pretty much legend status. He set the NHL on fire with this offensive output as a rookie and ended up having a very long playing career, retiring just a few seasons ago. 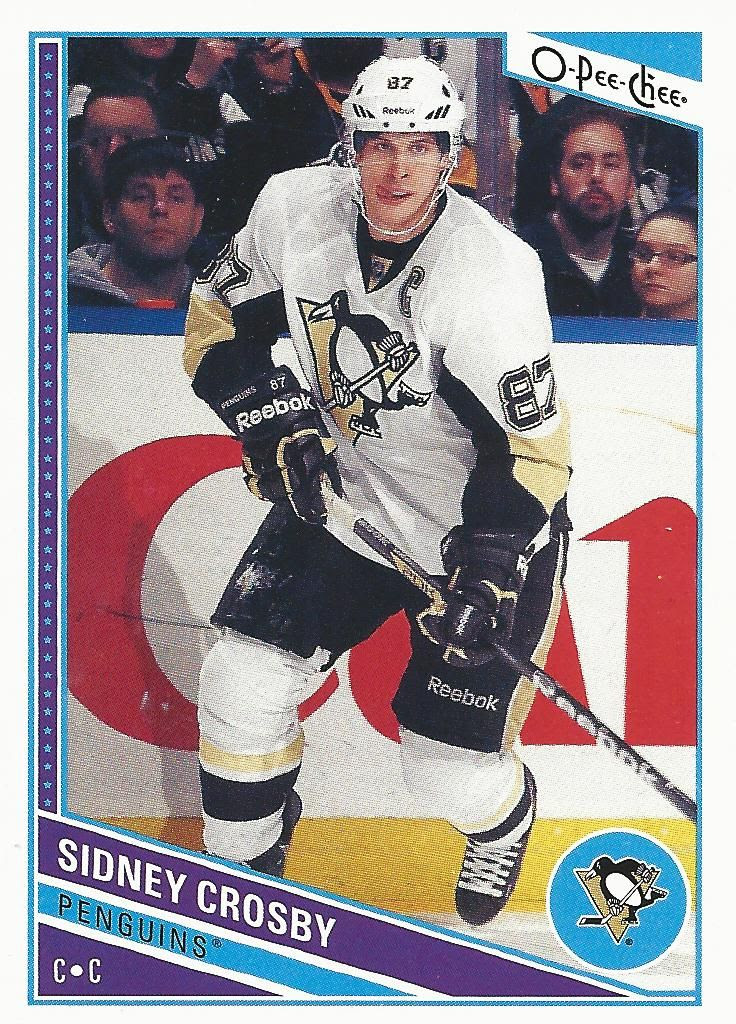 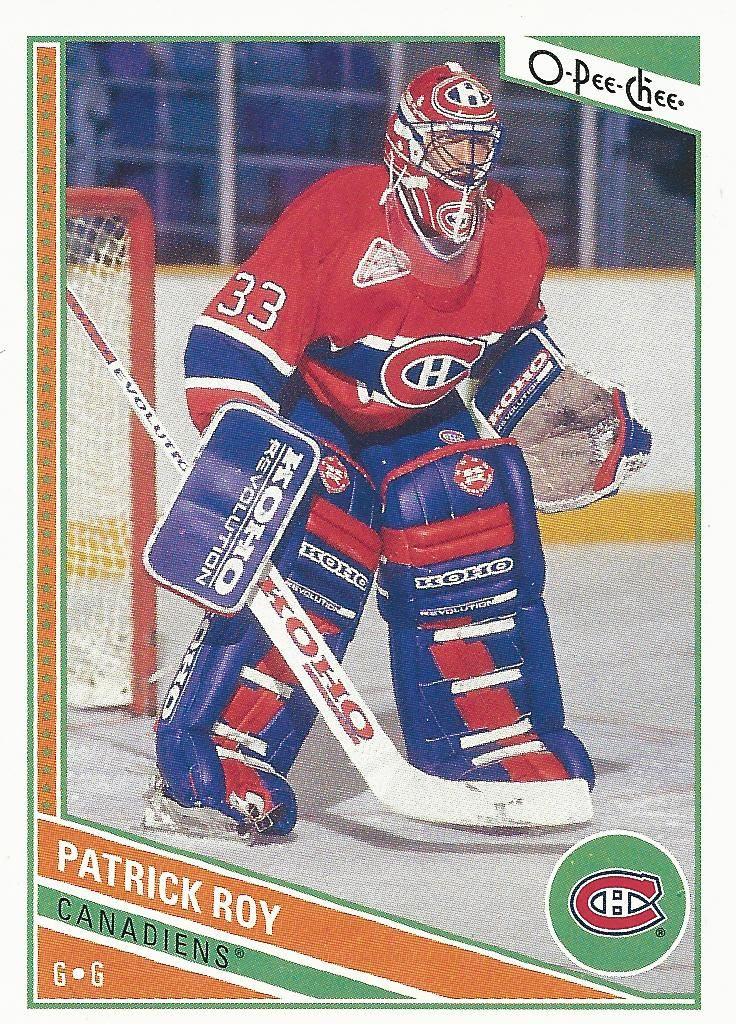 #1 - Patrick Roy Card No. 318
Pulling this Roy card surprised me a little bit as I wasn't expecting to find retired players in OPC. Usually these players have a special subset called Marquee Legends. This card looks just like the standard OPC base. It was definitely a nice surprise though as I think this card is pretty cool.

Overall Value -
For under ten dollars, the value is there. OPC gives you a nice breaking experience that will net you a nice stack of cards. I really do consider OPC a pure product as it stays with the older ways of the hobby. I'm really glad that this product continues on. It has solidified its place in the hobby and I'm sure will continue to do so for years and years to come.

Look for a new episode of Retail Review every Sunday!
Posted by luke. at 9:11 AM