What more is there to say about Upper Deck Series One. This is the most solid of solid products and presents the NHL players through beautiful images. Each blaster provides a nice opening experience with 12 packs per box. Though it's not the most valuable product produced, it very may well be the most liked and respected.

Usually, the main draw out of Upper Deck Series One are the Young Guns. These are the rookie cards that collectors clamor for year in and year out. 14/15 had it's share of decent rookies, so hopefully I will be able to find out in this blaster today. UD1 blasters come with two Young Guns each. And these really are the star attraction here. Getting a star player's Young Gun will be far more valuable than pulling out a hard-to-get jersey card from one of these boxes.

There are usually a good number of other inserts and parallel cards to look for when opening up Upper Deck Series One blasters. One of the things I'll be looking for is a Canvas card. These cards have a unique textured feel to them and often feature even more unique photography than the standard base cards.

Let's open this guy up and see what it gives me:

Review -
This blaster was a little dry in terms of variety. Many of the packs I opened here were full of regular base cards. So often now I'm used to finding a little goody in the form of an insert or parallel card. Those type of cards really break up the monotony of base card after base card. Perhaps for a new collector, getting a lot of base cards isn't such a bad thing as they may want to really look at and enjoy each one. For someone like me whose purpose is to find cards that stand out, this break got a bit boring. I don't think this was a bad blaster, it gave me everything I was really looking for, but none of the cards were particularly that exciting. There's always next time! 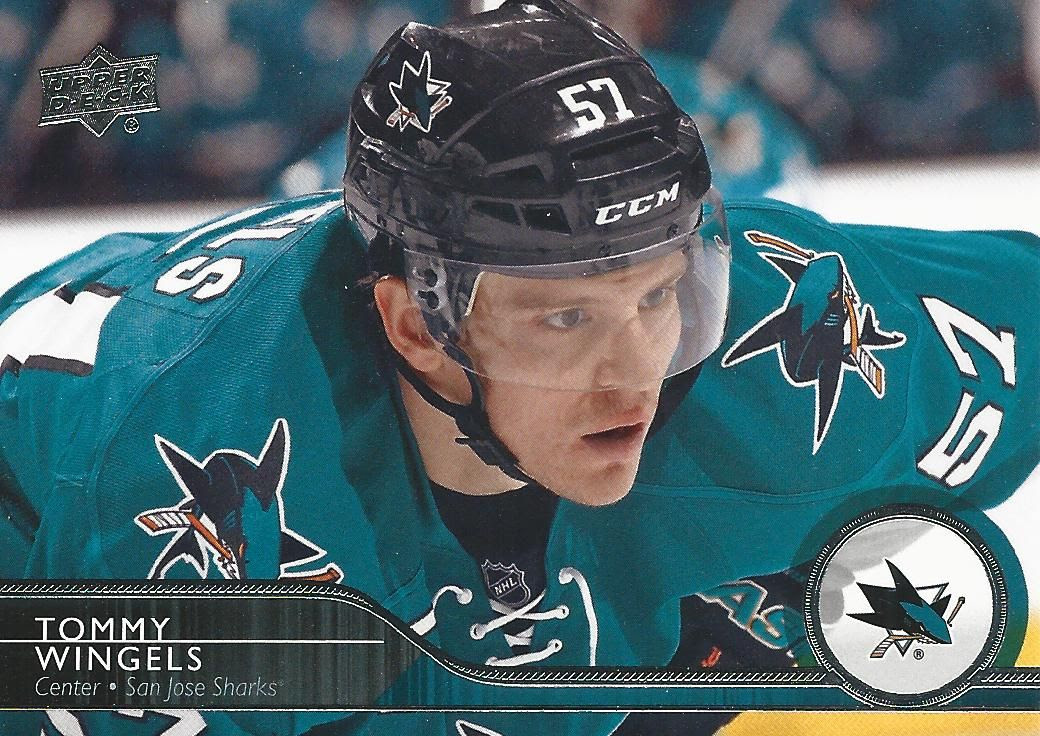 #3 - Tommy Wingels Card No. 155
I usually would be Logan Couture in, since I got him too, but I chose Wingels as my Sharks homer card this week because I really liked how he played for San Jose when he was with the team. He was a bruiser that put it all out there. I'll definitely miss the guy! #2 - Sidney Crosby Card No. HH67
Getting Sid-the-Kid is never bad. He's undeniably one of the best hockey players in the game right now. His team just won another Stanley Cup, so his value in the eyes of collectors is on the rise. I've never been a fan of the Hockey Heroes insert set, but if I had to have one, I'd pick Sid. 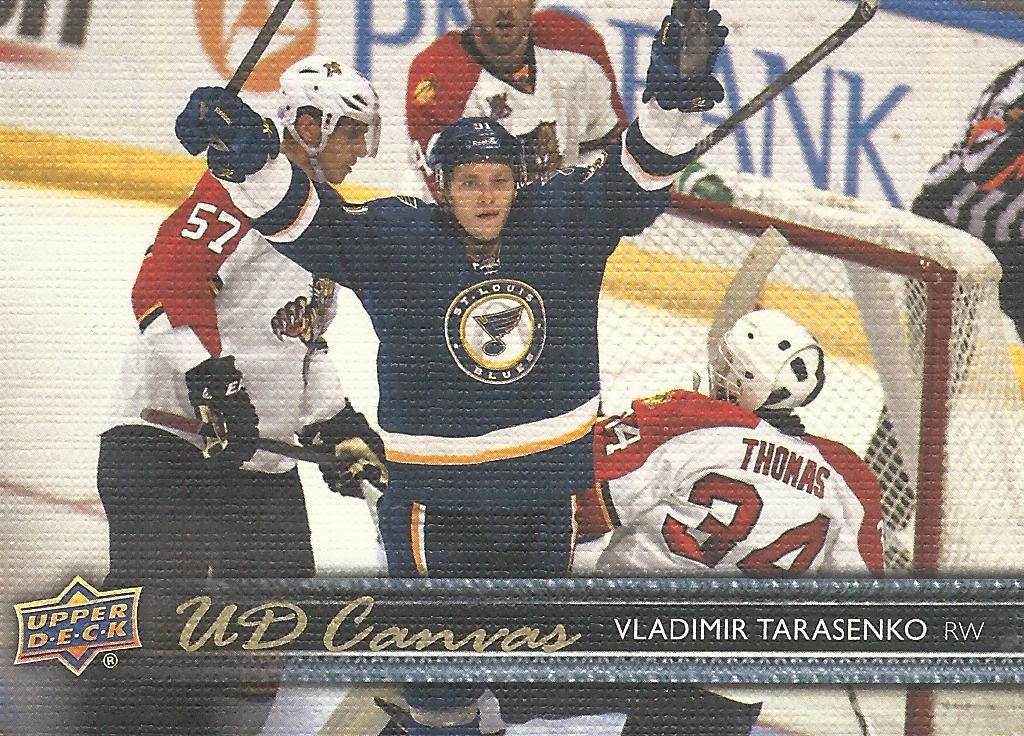 #1 - Vladimir Tarasenko Card No. C74
This year's UD Canvas cards are very classy. I particularly like how the 'UD Canvas' logo is in script font. Tarasenko is an excellent hockey player and pulling his Canvas card is definitely sweet.

Overall Value -
I wasn't jumping out of my chair when I opened up this blaster, but overall it provided a good breaking experience. Getting Upper Deck blasters is always fun, and I enjoy seeing which Young Guns come out of them. I certainly would recommend buying these at the current price they are at. Half price is a pretty good deal!