It's been over a month since Upper Deck released its last product, but the wait is now over! Ultimate Collection has reached hobby store shelves to the delight of high-end hockey card collectors. Ultimate Collection is a high risk, high reward product that is very pricey for the amount of product you actually get. Let's see if fortune favors me with the box that I bought for this review. 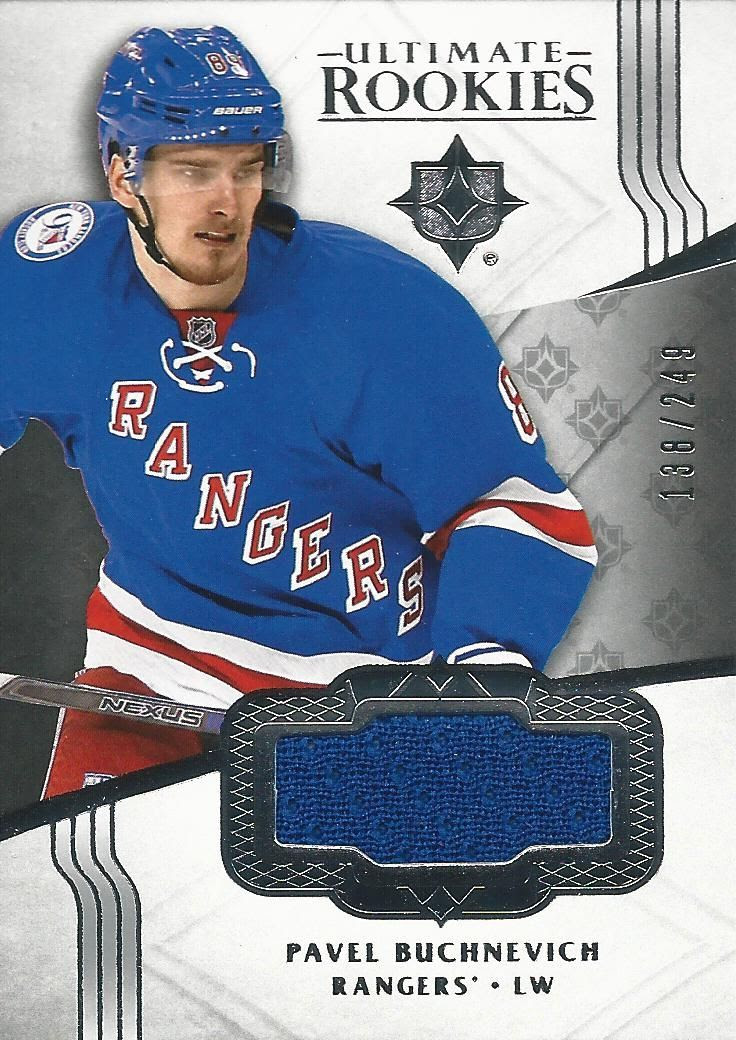 Base Card Design -
The base cards for Ultimate Collection are pretty interesting. The standard veteran players are limited to just 99, so getting a base card isn't as common as purchasing a pack as my pack didn't have a veteran base card. These cards are actually kind of rare in comparison to the rookie cards that Upper Deck has jammed into the product. Usually it's the rookies that get the limited treatment - Ultimate Collection flips that concept on its head. 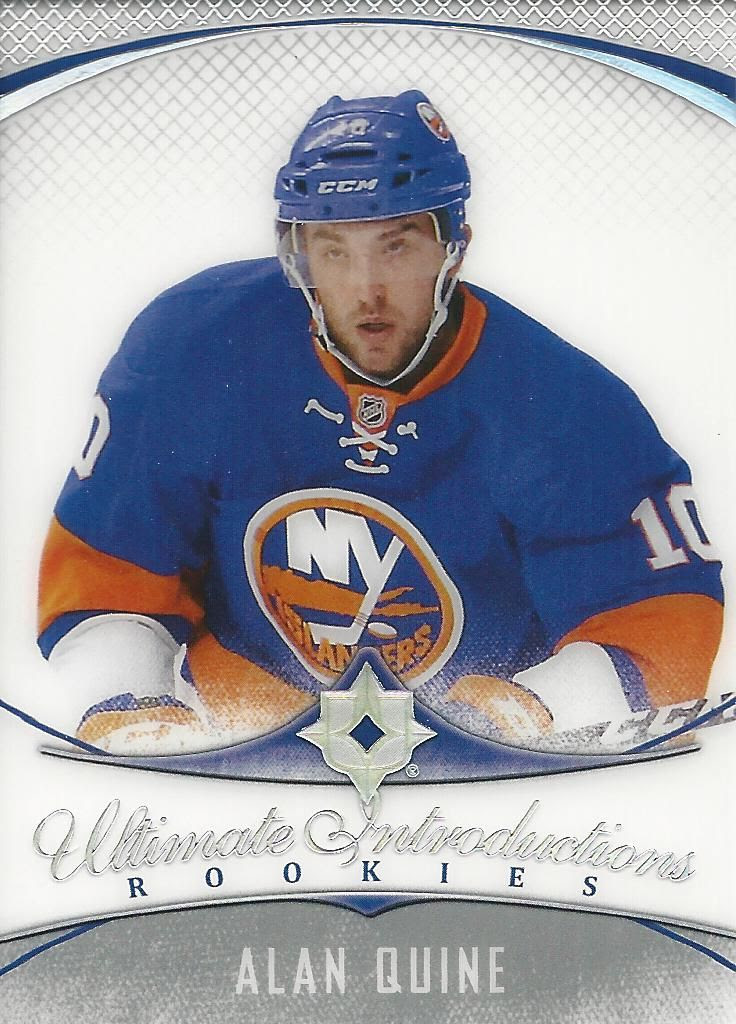 The rookie cards in the main set come in a variety of variations. An acetate version of the rookies are Ultimate Introductions. These rookie cards are done in acetate and have that smooth glassy sheen across the surface. Just as in most Upper Deck products, the players are placed into tiers. Top rookies like Auston Matthews are more difficult to pull. My pull in the pack, Alan Quine, was one of the easiest to get. 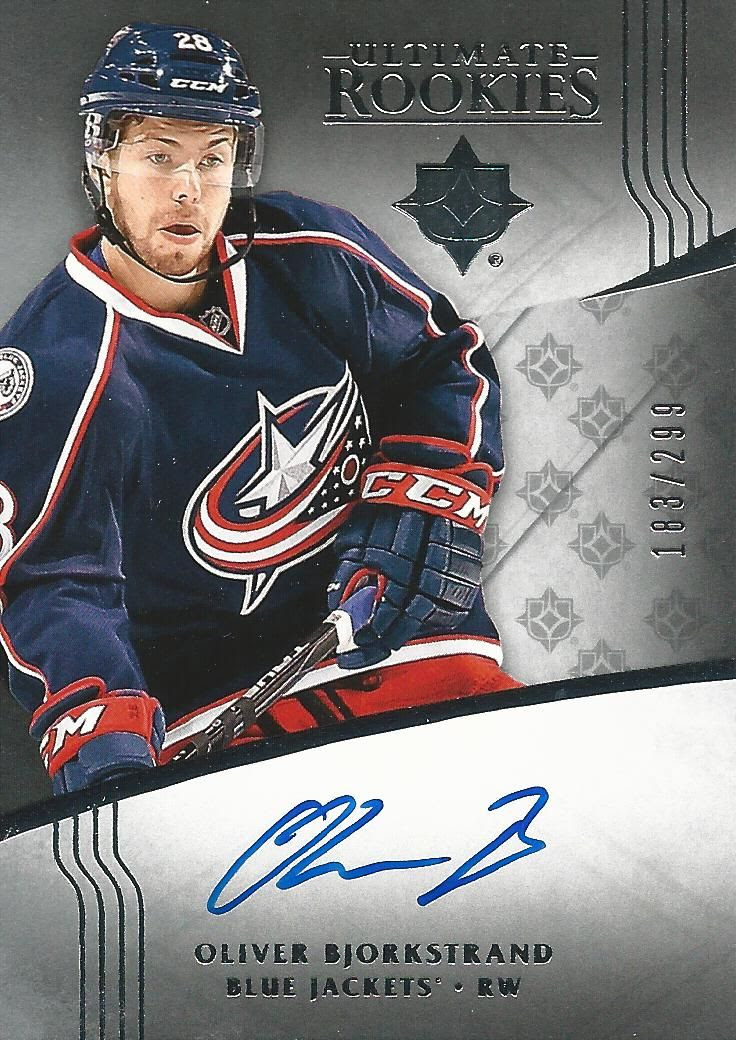 Inserts/Game-Used/Autos -
Know what you're getting into when buying Ultimate Collection. The sell sheets will have some pretty spectacular cards to see, but remember that each pack of cards will only yield about 4 or so cards. My pack had all cards from the main set save one. 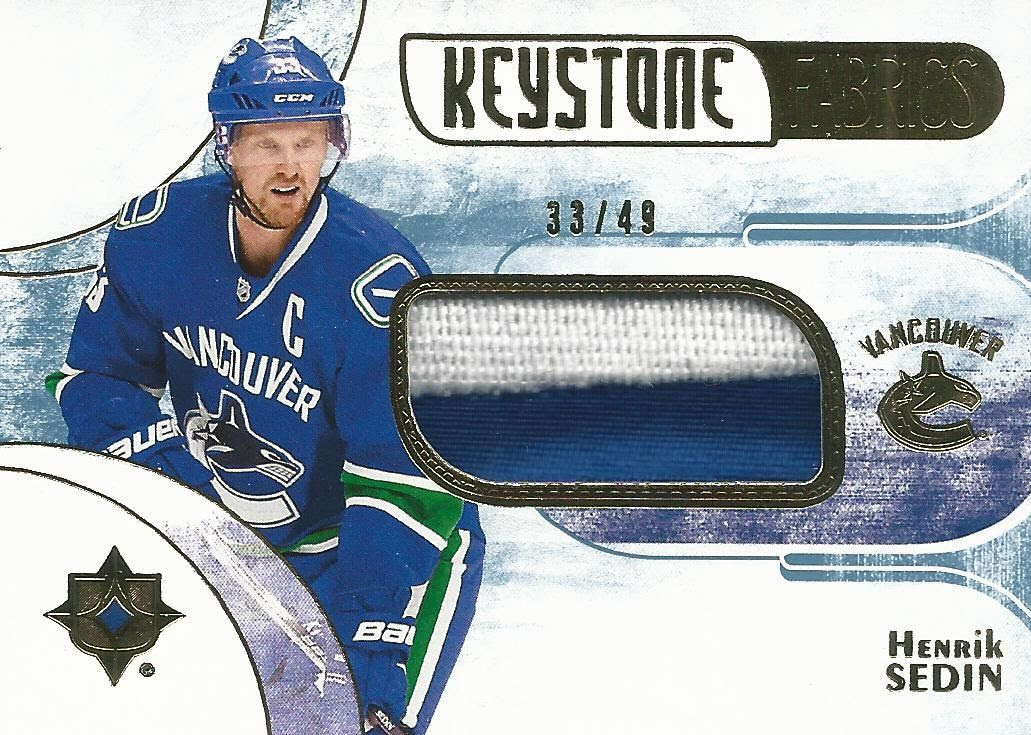 The one card that wasn't from the main set was this Keystone Fabrics card of Henrik Sedin. It's a medium/small patch card numbered to 49. This was defintiely the 'hit' of the box/pack for me, and it was pretty disappointing. Sedin is not a hot hobby star and this card isn't even that limited in today's market. I'm sure if I wanted to find this card on eBay, it could have it for just a few bucks. But that's the game you play when you dip into products like Ultimate Collection.

Select few collectors will find the real goods in packs. Patch autos and NHL shield cards are the main draw of this set. The rookies numbered to 99 are also card that are highly sought after. But other than that you'll be hard pressed to find anything that really gets you your pack price back.

Overall Rating -
In the end, Ultimate Collection is for the high rollers of the hockey card collecting world. My break of the product was pretty mediocre, but I knew what I was getting in to, so I'm not mad about it. I would say there are plenty of other products out there that would yield much better results. If you do have money burning a hole in your pockets though, rather than buy packs of Ultimate Collection... get it by the case. That way you at least are guaranteed the case hit. Usually those are pretty decent pulls.


Check out my break of 16/17 Ultimate Collection: