Upper Deck continues to fire up the card making machine with their release of 16/17 OPC Platinum. This brand has been around for a couple years now, but the concept of a premium version of a basic set has been around for much longer. These type of sets usually focus a lot of parallel versions of cards in a chrome format. Let's see what this one delivers. 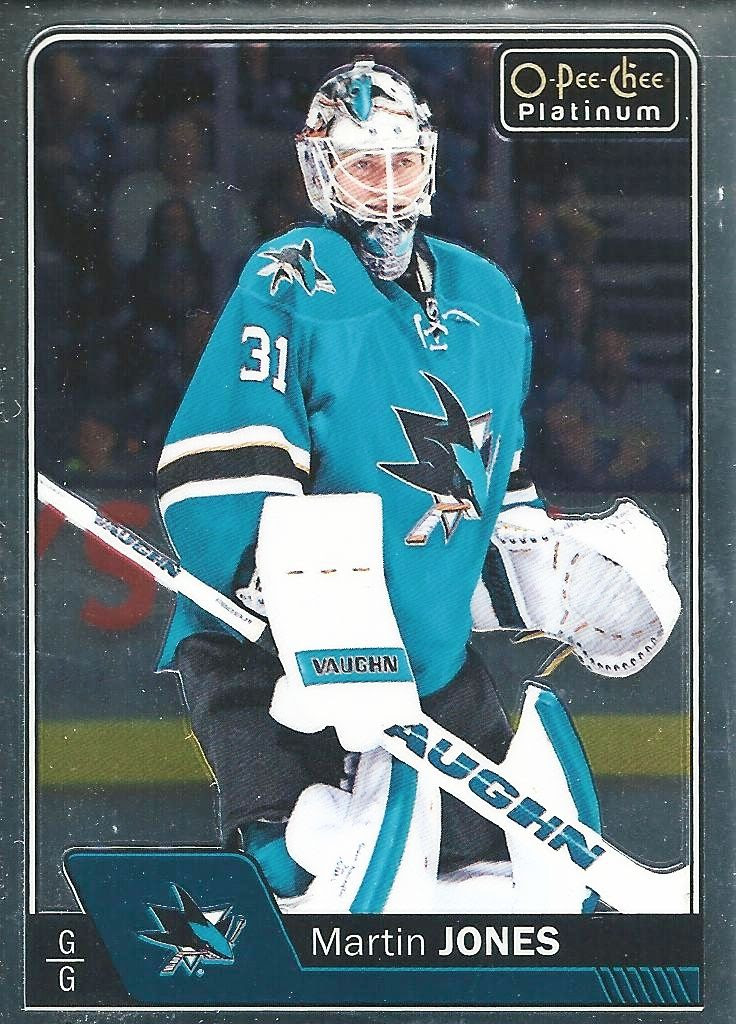 Base Card Design -
The OPC Platinum base cards come on nice chrome cardstock. The design of the cards mimic the 16/17 O-Pee-Chee standard release from the beginning of the hockey card collecting season. The cards look very nice in chrome and have a clean look that is quite attractive. Each card has a nice feel and weight to them that give them a premium quality. The only concern I have about these cards is that they tend to bow. This problem is not something unique to this set, but really to all chrome sets like it. 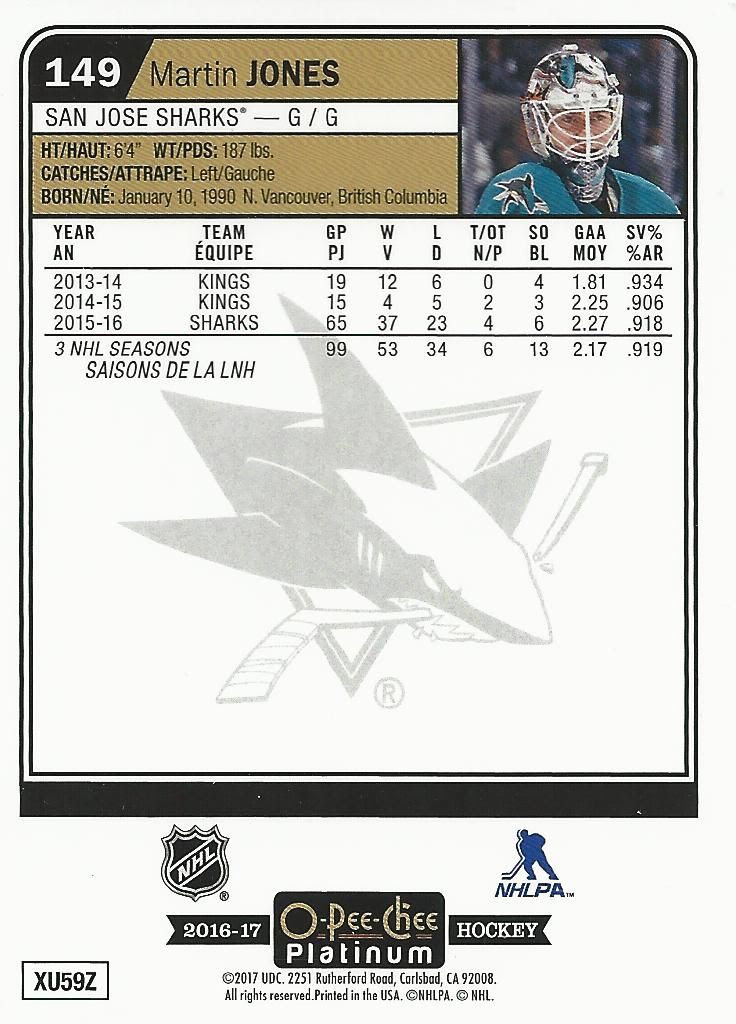 The back of the OPC Platinum have a nice glossy finish rather than a cardboard one. The bright backs are nice in that all the text is easily read. Like the front, these backs are very clean looking. The fact that there is a nice color photo on the back elevates the card back as well. 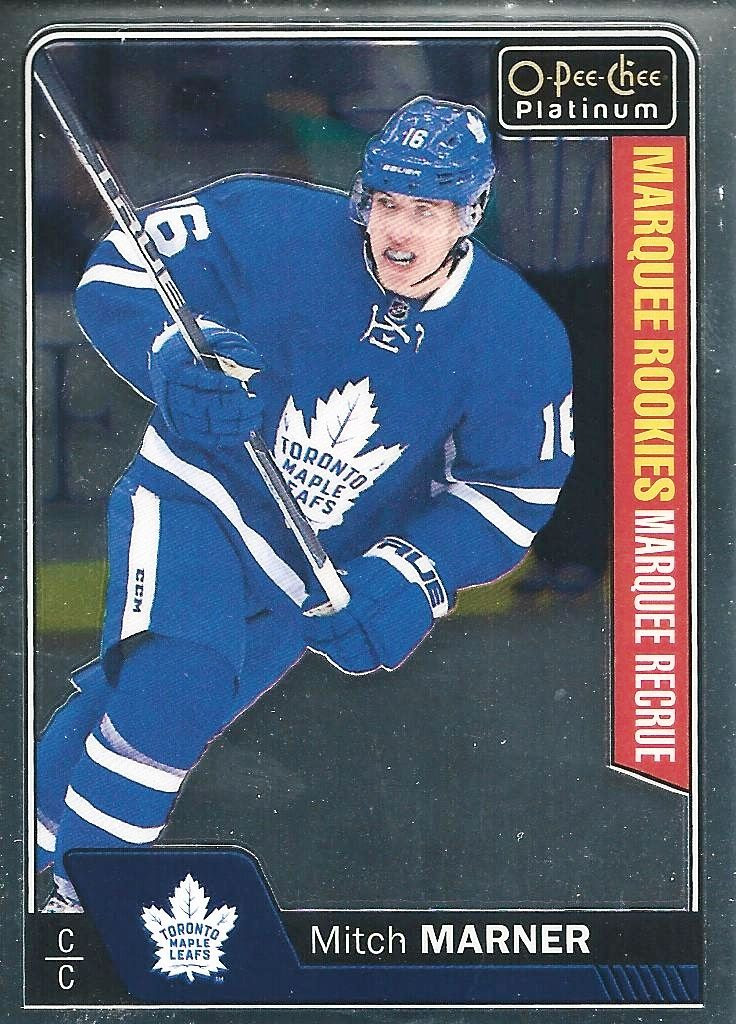 The Marquee Rookies share a similar design to the standard base save for the bright 'Marquee Rookie' logo on the right border of the card. This is great as it gives you no doubt that you are getting a rookie card of the player on the front. The back of the card also states that the card is a rookie card.

Inserts/Game-Used/Autos -
Though boxes of OPC Platinum have 20 packs, there is only one hit to be found. That being said, the hit is a hard-signed autograph - so that's pretty good. The rest of the packs will have a variety of parallel and insert cards. 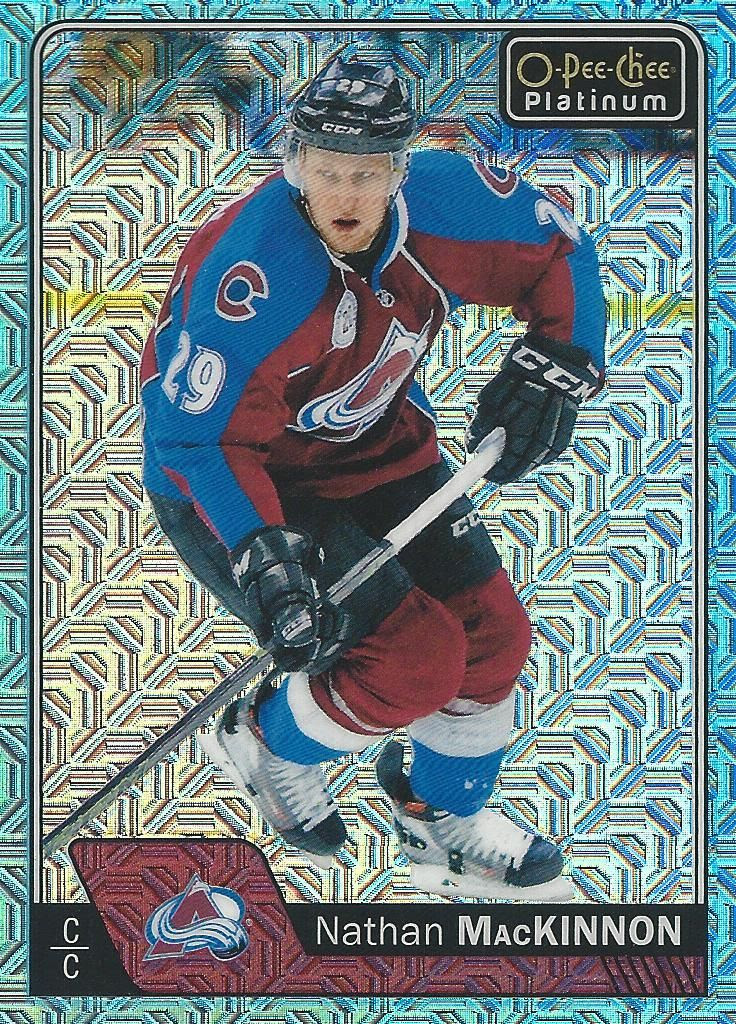 Here's an Ice Blue Traxx parallel card of Nathan MacKinnon. These parallels look good, but have been done before. I would have liked to have seen something different, but for people who enjoy this look, I guess they can be happy with it! In my video I couldn't find the name of the parallel on the back of the card, but that was my mistake, the parallel name is located towards the bottom of the card. 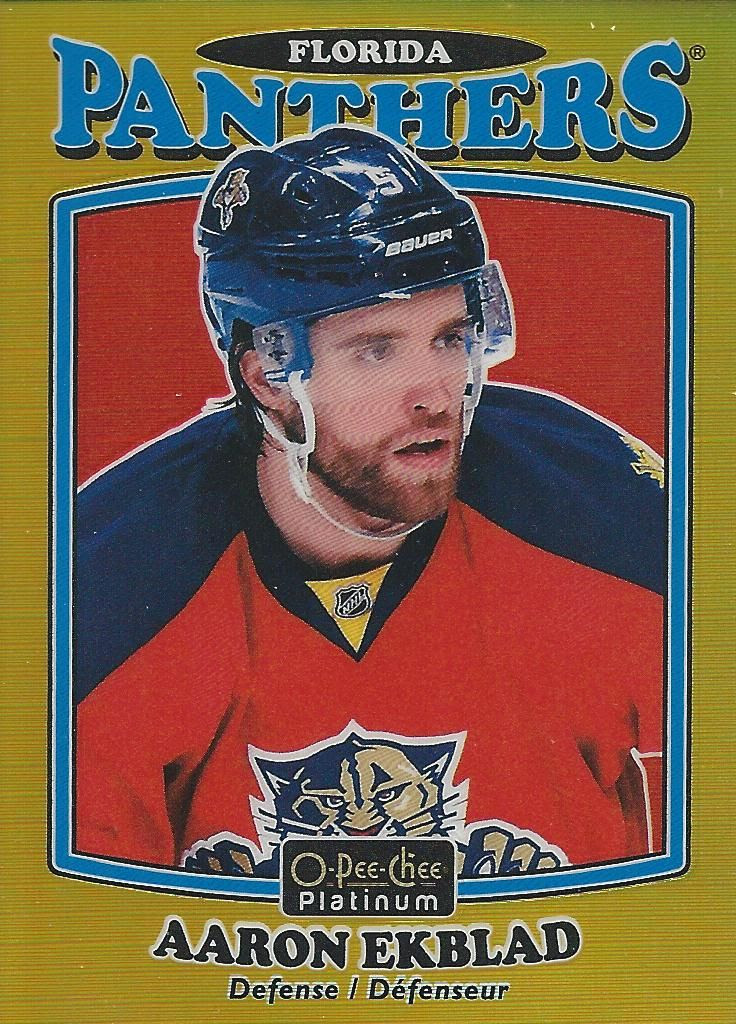 The OPC Retro cards can also be found in this set... and in many flavors! There is the standard chrome look, but also a good number of parallel versions. The Ekblad shown above is the gold rainbow foil variation numbered to 149. These cards have a lot of visual appeal as the rainbow foil stand out on its generous borders. 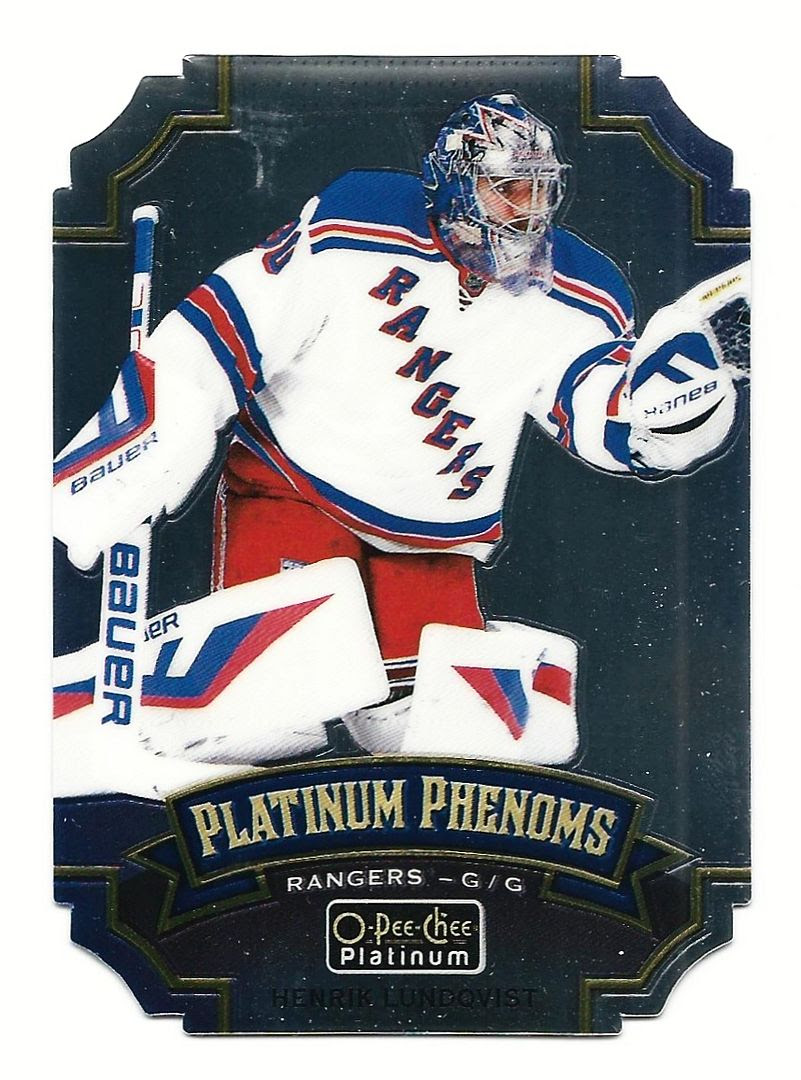 I was surprised to find so many die-cut inserts in OPC Platinum. I guess since there is no memorabilia to be found, Upper Deck had to fill in with something else. Die cut cards can be fun, but I really like them best when the die-cut makes sense. This card of Henrik Lundqvist has some nice detailed cuts, but there really isn't a reason why it should be die-cut. 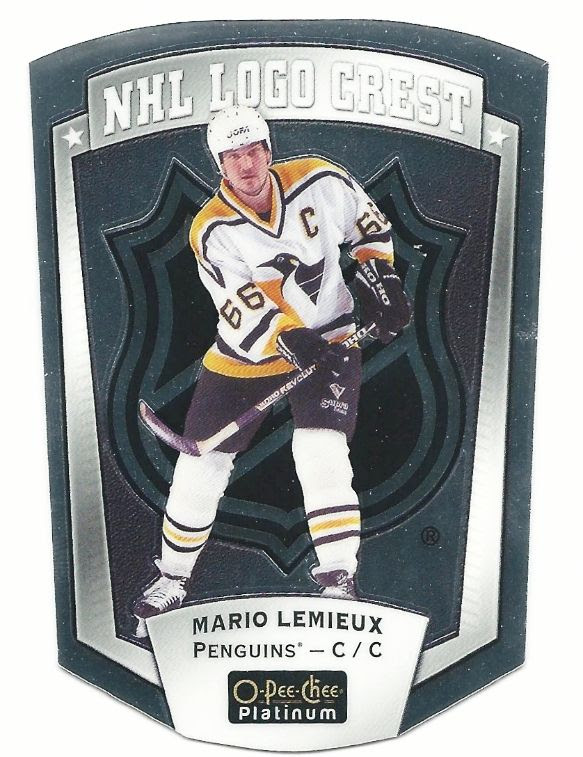 Here's yet another die-cut card from my box. The one is of Penguins legend Mario Lemieux. These cards are named NHL Logo Crest so the die-cut here makes a little more sense as the cut is like the crest on a players jersey... kind of. Though it may be a little iffy, I think this particular card looks fine. 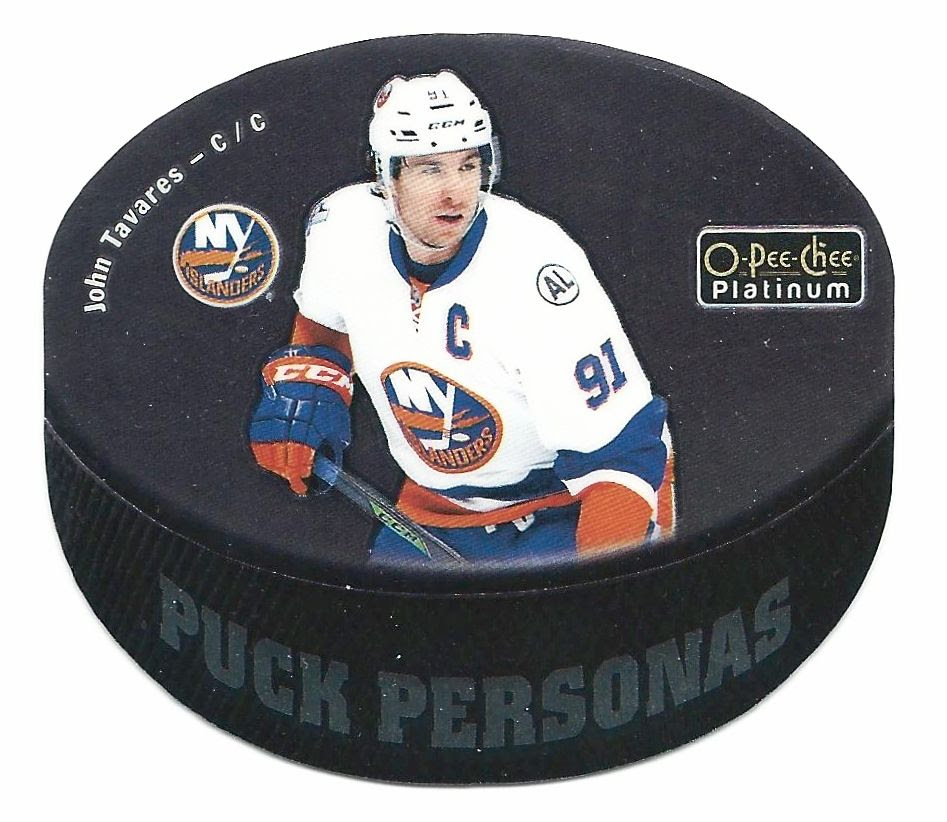 My favorite of the die-cuts was this Puck Personas card. The cut on this card is rather extreme and leaves only a small portion of an actual card left! That being said, it is shaped like a puck and looks cool to me. Getting an autographed version of one of these would be fun in that it would be very similar to an autographed puck.

I've covered most of the things you can find in OPC Platinum in this review. In terms of hits, they are just parallel cards of the existing base, rookies, and inserts. Like I mentioned before, these cards are hard-signed, which is a good selling point for them.

Overall Rating -
OPC Platinum won't break the bank, but can provide collectors with some very solid value. Finding a rare parallel card with a very low serial number will probably be worth more than 'just a jersey card'. I like that Upper Deck has put in hard-signed autographs to give OPC Platinum a little more excitement. Just having rare inserts in a product just doesn't cut it anymore.

Though a very good product, OPC Platinum isn't going to be a huge wow factor for the general collector community. If hockey collectors began embracing parallel cards more this set would be all the more intriguing.

If you are like me and just like giving new things a try, OPC Platinum is a serviceable product to hold you over until the next card release.

Check out my box of OPC Platinum here: