Upper Deck continues to change their product line formats with SPx. SPx has become a 4-pack box with one autograph and one memorabilia card per box ON AVERAGE. Sadly, my box was not average and I didn't get an autograph. Well, at least the base cards are high quality. 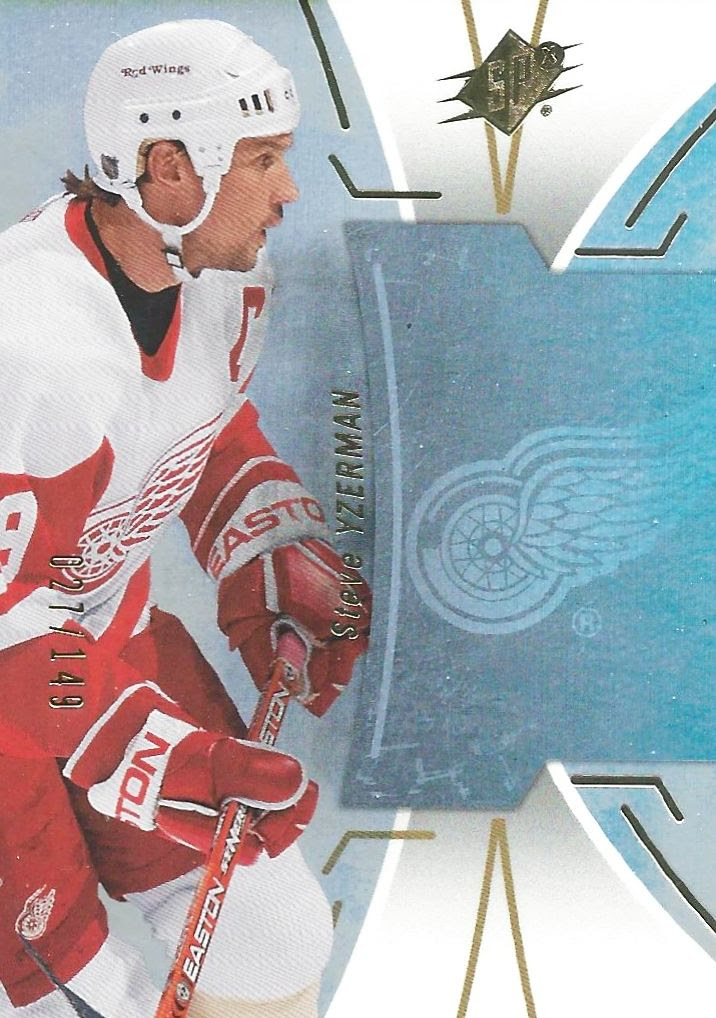 Base Card Design -
It's been easy to give a review of the 16/17 SPx base cards as I received plenty of them in my box of SPx. Each base card is numbered to 149 and come on very thick, Cup-like, card stock. These SPx base card remind me a little bit of the SPx of old where Upper Deck had SPx being the brand to show off fancy card technology. The base cards look very nice with a primarily white, holofoil look with tasteful touches of gold foil. The player image is to the left with a team logo to the right. These cards are certainly high quality and may be some of the best base cards ever... I just wish I didn't get three in one box! 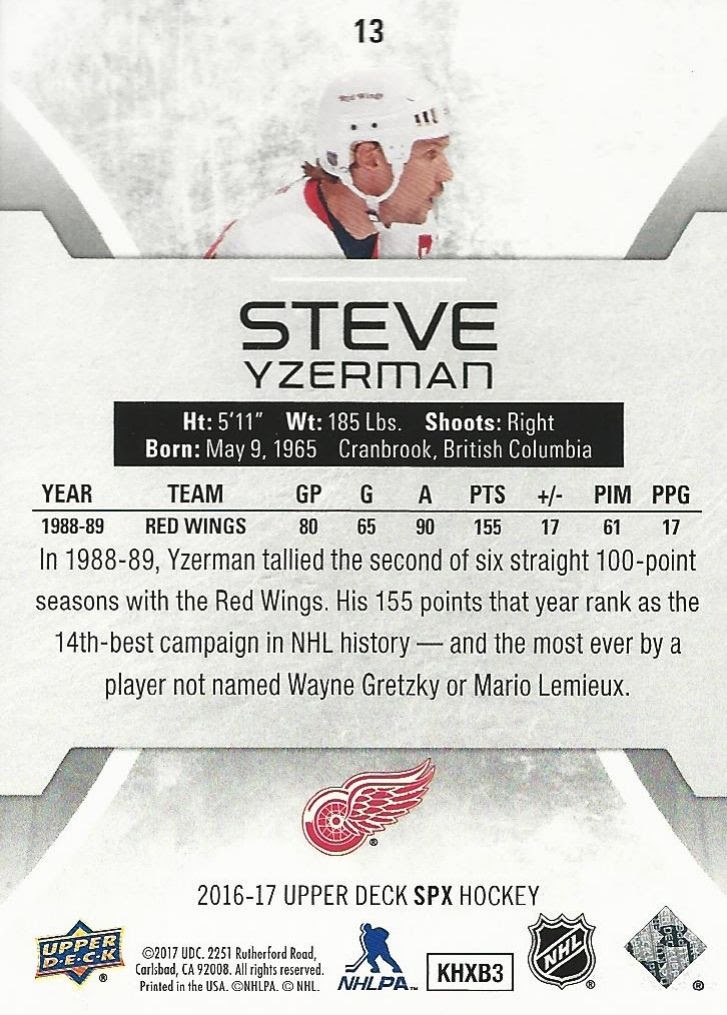 The back of the base cards are very clean. Upper Deck has chosen to go with less stats, there's just one line. But at least each card has a nice little write-up to read. Typically higher-end cards don't have a little paragraph, so this is a nice addition for this set.

Interestingly, rookie cards are in a shadowbox format with numbering to 249 (higher than the standard base)! It would have been nice to check one out in person... but did I mention I got three base cards in this box? Yeah, so no shadowbox rookie for me to review.

Inserts/Game-Used/Autos -
Usually when a box says look for a certain amount of hits/inserts per box, that's what you can expect to find. Sadly, I didn't get the stated amount of goodies. I'll try and contact Upper Deck about the situation, but in small print the words 'on average' are there, so that may give Upper Deck an out to get any hits that I may have missed. We'll see what they do! 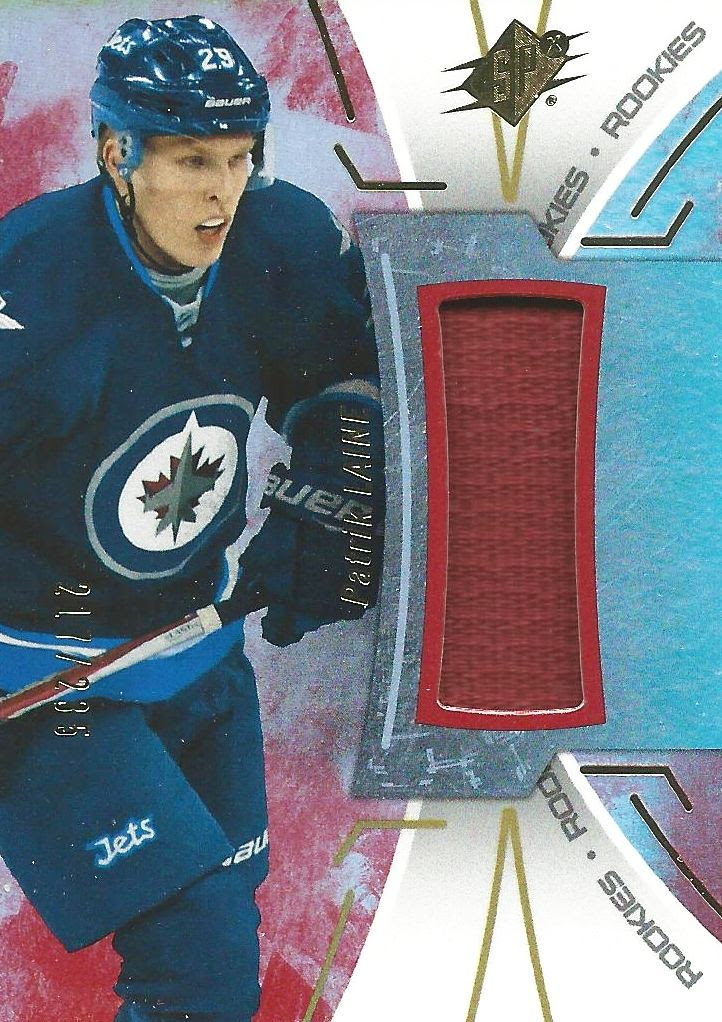 If you're only going to get one hit out of the box, it might as well be rookie sensation Patrik Laine. This is a rookie material jersey card numbered to 235 - again - higher numbered than the standard base! It's design is primarily red and is similar to the base card. The long jersey piece is in the spot where the team logo was. As with just about all the rookie cards material cards from this year, the jersey piece is event used.

There are many autographs and memorabilia cards to find in SPx, but sadly I didn't get much in my box. There are exciting things to see in SPx, I just wish there was more for me to share!

Inserts/Game-Used/Autos Score:
N/A
(This box of SPx doesn't receive a score as I feel it was an anomaly. Satisfaction from this box would be a 2/10. If I had to guess at a typical score from what I've seen of breaks online, I'd say 8/10 as many of the boxes delivered at least 3 hits per)

Overall Value -
Upper Deck is trying to make higher-end cards more accessible through a new format of delivering the product. I think it's a good idea as many collectors would enjoy getting nicer cards at a little bit of a nicer price.

That being said, for about $100 you will typically get 2-3 hits with one being an autograph - but only getting 4 total cards in the break. Are you ok with just 4 cards per box? I personally am, but there may be some with an issue with that. You'll just have to make that call yourself.

I was very ready to love SPx as the cards have all the bells and whistles a high-end product should have. My personal box break left me very disappointed with the product. But this does give Upper Deck a chance to make it up to me! We'll see how their customer support works out!