After a opening up Series One and an old Parkhurst box this past week, I decided to go for something a little quicker in terms of the length the of the break. I decided on Zenith because it is a pretty fast break with a guaranteed hit inside. Though I initially didn't like Zenith at all, I now enjoy busting blasters of it during my Retail Reviews.

This is going to be a very fast break. With only three packs to open, there really isn't much to sit around and look at. The original price for these three packs was once about $30. That's just crazy. It's absolutely absurd to think that each of the packs in this box were $10/ea. Wow. But that's the way it was intended to be for Panini.

I suppose Panini was thinking that the majority of the money could be justified because there was a guaranteed hit in the blaster. But still, the hit would most likely be a plain jersey card. Autographs can be found, but in my experience with Zenith they are not easy to come by.

What kind of hit will come out of this blaster? Let's find out now:

Review -
Though there were only three packs to open here, I enjoyed the break. These cards used to look hideous to me, but now I appreciate the subtle design elements that are within them. In scans, everything looks very flat, but in person, the player has a glossy shine that makes them stand out. Sure, the overall look and design could be better, but they are not as bad as my initial impression of them.

Most of the players I got were from the modern era, but I did get a couple of nice retired players in the mix. Out of the three packs, two had inserts - one a red foil parallel and the other a jersey. It's pretty typical of what to expect from one of these, but I liked the players I was able to pull. 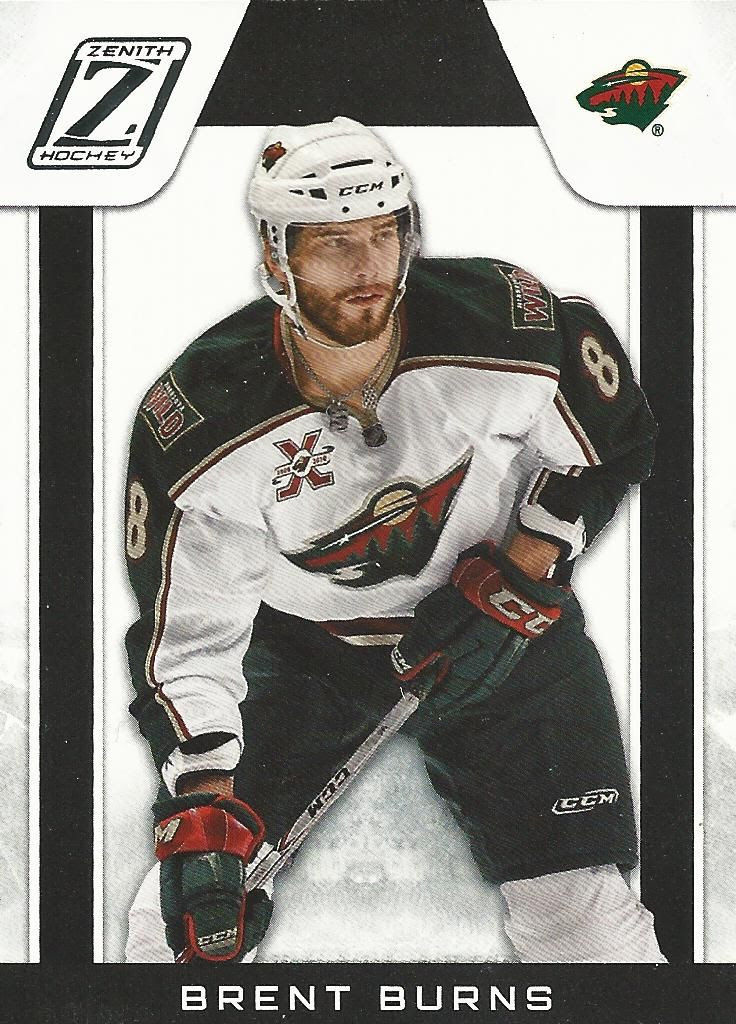 #3 - Brent Burns Card No. 101
Burns started as a Minnesota Wild, but at this point in his career I can't picture him in any other jersey than that of the Sharks. It's actually pretty strange to see him in his old Wild uni. 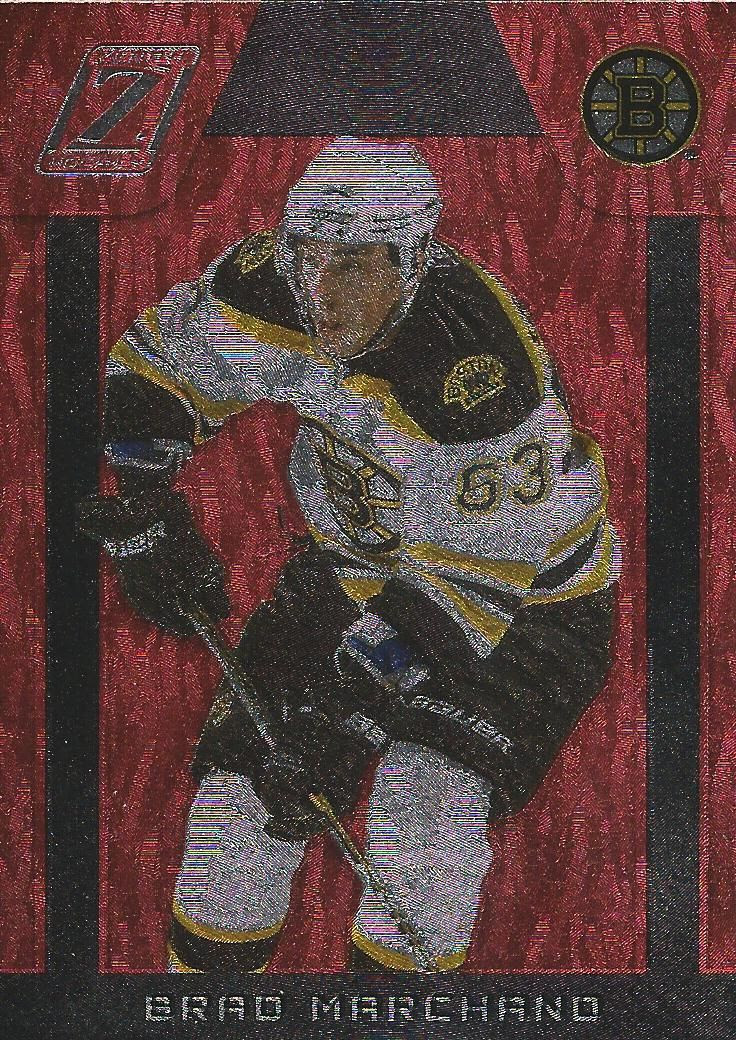 #2 - Brad Marchand Card No. 40
Marchand has definitely improved his play as he's gotten more experience as a player. Sorry for the terrible scan of this card. The foil shows up terribly when put through my scanner! 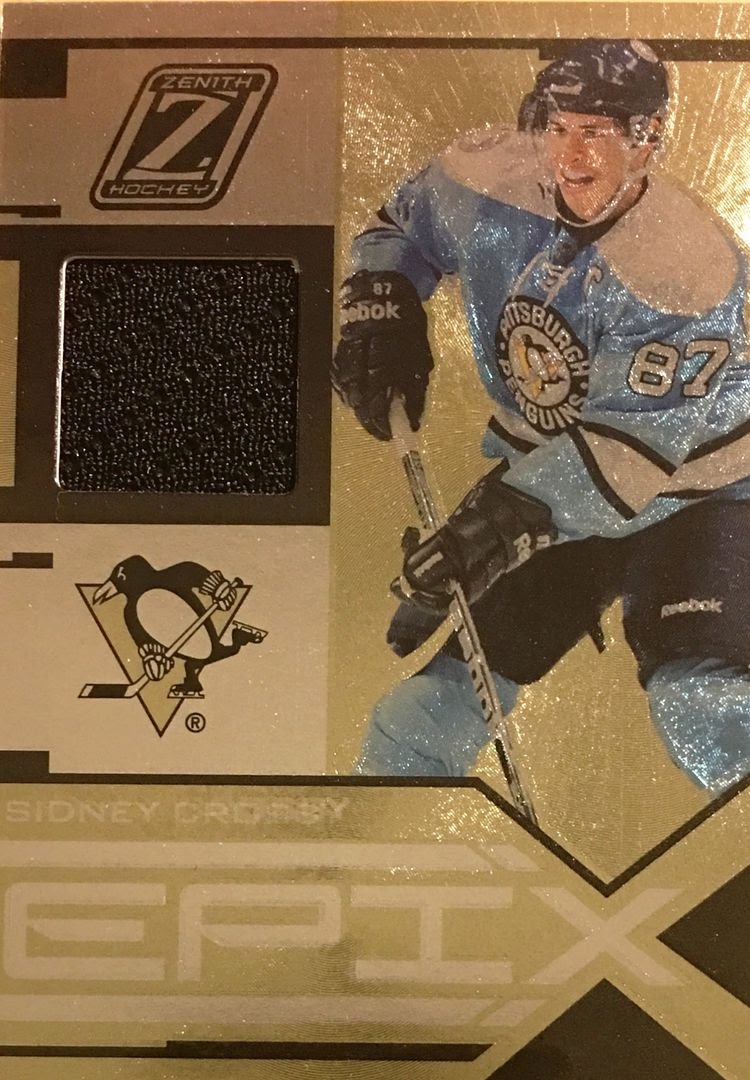 #1 - Sidney Crosby Card No. 4
This card didn't come out looking very good either, but i can assure you in person it looks great. This Sid the Kid jersey is numbered to just 100 and has a very shiny surface. If you're gonna get a jersey card, it might as well be numbered and be one of the best players in the NHL.

Overall Value -
This blaster has taken a nose dive in price, and that's a really good thing. For just over ten bucks you can get Zenith blasters. I personally think they are a fun break. You probably can't find anything that would be very valuable in these. Even the autographs don't have huge values, but it is a nice break in which you are guaranteed to get at least something! And that's rare these days. I'd buy one of these if you can find it at a good price and have a little fun break with it.

Look for a new episode of Retail Review every Sunday!
Posted by luke. at 8:33 AM