The past few Retail Review breaks have been pretty dry. I've really felt that I have struck out on blasters that I have been opening recently. Each box has lacked a hit in them and it's been getting old to me. So this week I'm busting a blaster that I know will be good. Well, at least there should be a hit in it! 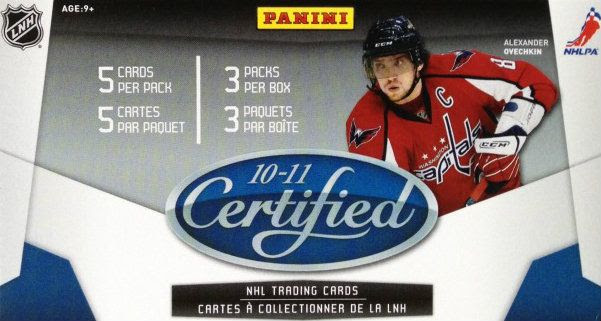 Ranking in my personal top 5 of blasters to break is 10/11 Panini Certified. The cards in this box look really good. I don't think Panini ever was able to top the quality that they had with the cards made this year in the years to follow. Something about these cards just felt good and right.

Also great about this product is the fact that a hit should be coming out of this blaster. The only time a hit was ever missing was when I opened up a tampered blaster. Thankfully this one has the official Panini seal so it should be good to go.

I'm very excited to see what comes out of this blaster:


Review -
O... M... G... WHERE'S THE HIT????? This blaster box did not have an autograph or memorabilia card. This has never happened to me when opening up a legit blaster of Certified! I did get two 'insert' cards, but one of those should have been a hit. In fact, I really thought and autograph was coming from this blaster because the packs were so thin when I opened up the box. Never did I think this blaster would short me a hit.

I ended up really looking at the side of the blaster and it didn't say a hit was guaranteed. There was mention of an 'insert' being 1 per 2 packs... and that is what I got. I think Panini meant a special card - usually a hit - would be in here, but I chalk this one up to bad collation.

But oh that makes me sad! It's another week and I've come up empty from a blaster I thought should have had something for me. I'm still totally in shock!

I still need to have a top three, so here they are: 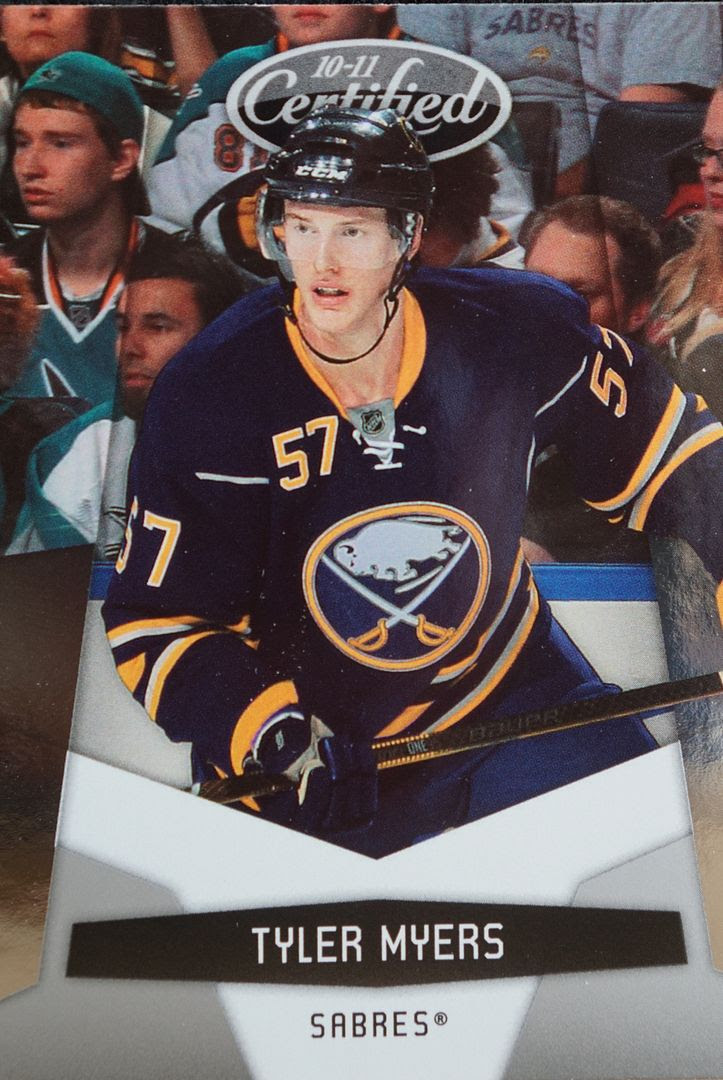 #3 - Tyler Myers Card No. 18
This is definitely a person inclusion for me as Myers was one of the better rookies I pulled out of my first foray into the Cup. I actually got his RPA and was very happy with it. I haven't really kept up with how Myers is doing on the ice, but I pay attention whenever I pull his cards. 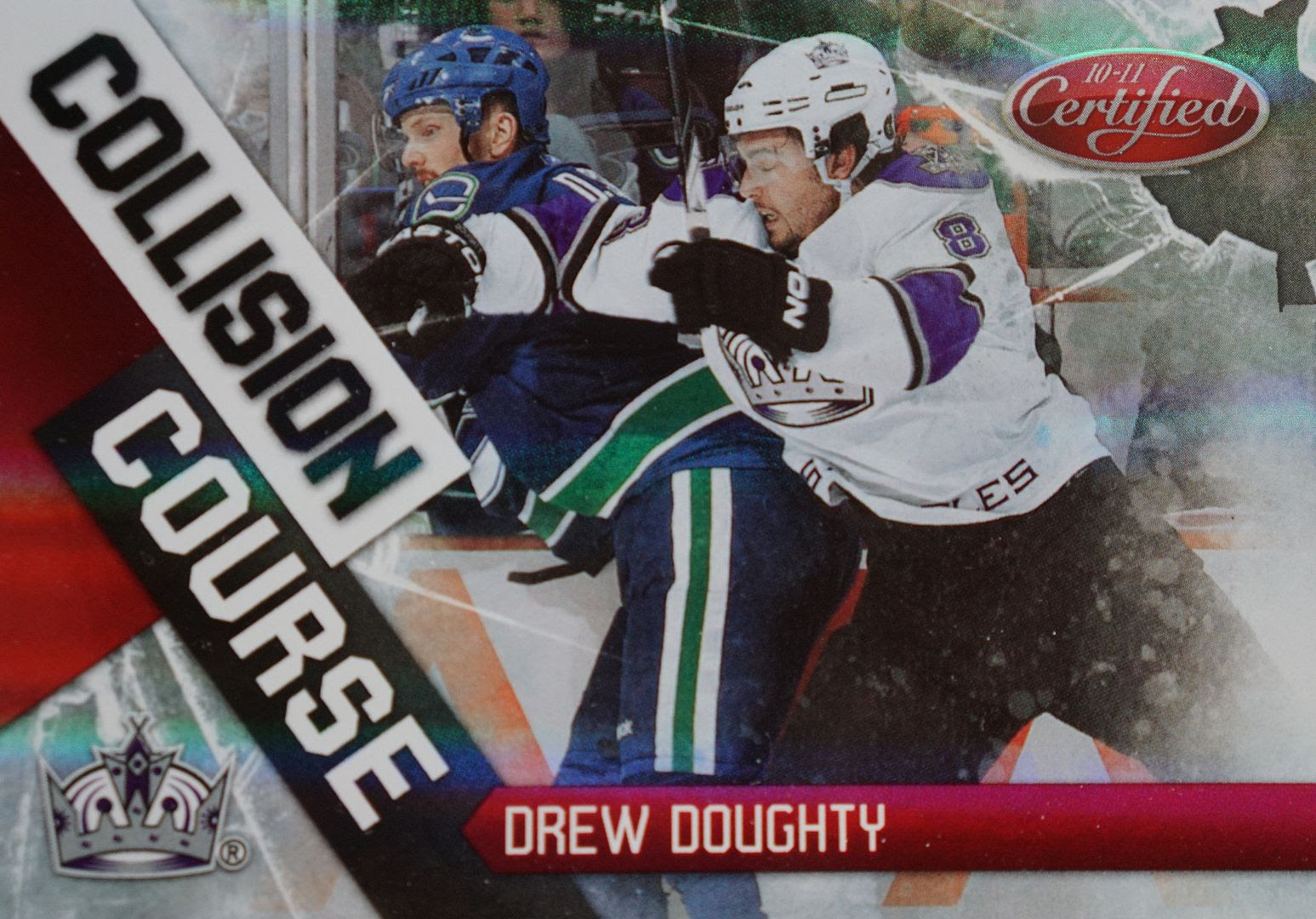 #2 - Drew Doughty Card No. 10
This Collision Course insert card is nicely designed and has a busy, but interesting design to it. This particular card is numbered 31/250. This is the card I thought should have had an autograph on it. 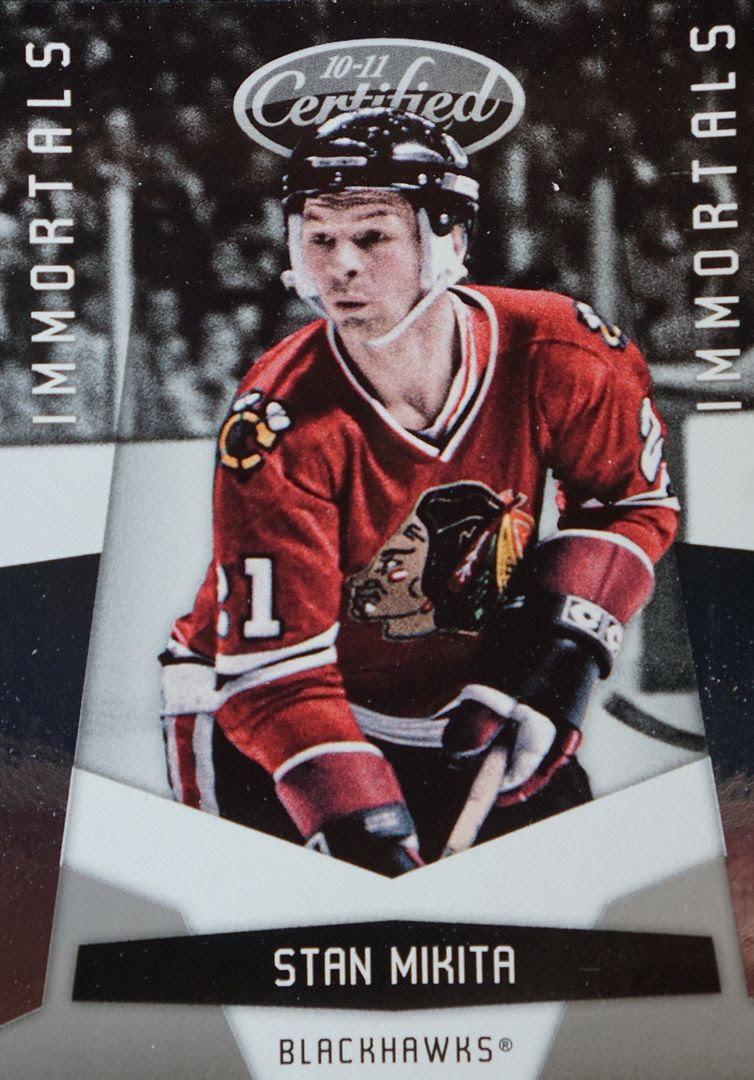 #1 - Stan Mikita Card No. 161
There's just something about this card that stands out to me. It may be the older photo used, but this card was by far my favorite from the break. Hmm, if there was an autograph on this card I would have been in card heaven!

Overall Value -
I really feel jipped with this break. It is really terrible when you think there will be a hit in a blaster and it doesn't have one. Certainly this blaster did not meet my expectations. Even if a really boring jersey card came out of this blaster I would have been ok with it. But as it stands, having nothing but base and a couple inserts is not acceptable.

Let me know what you thought of my 10/11 Certified blaster box down in the comments below. Have you ever gotten anything good from one of these? I'd love to know!

Every Sunday look out for another exciting installment of Retail Review!
Posted by luke. at 7:52 AM