MVP isn't a product that is going to attract collectors only interested in hits, but it is a good product to start off with if you're a newer collector. MVP is full of fun stuff to find and gives a satisfying pack opening experience as there are twelve packs to bust per blaster. Even though MVP is a lower-end brand, there's just something about it that I find very charming.

Though I have liked MVP in recent years, that has not always been the case. Earlier versions of MVP were extremely lackluster and boring breaks. A few years ago Upper Deck changed the configuration around and added more to find in the brand. Since then I feel that it fits nicely into the lower-end line up that Upper Deck provides.

Though not as large of a set as O-Pee-Chee, MVP does have a lot of cards in it to collect. The standard set has 300 cards to find. For people who aren't into the retro look of OPC, MVP does great in filling in as a modern set for collectors to build. For a pretty big challenge, collectors can opt to try and get the Silver Script version of the set. These cards look much better the regular base and would look awesome put together.

Let's check out what this blaster of MVP has inside:

Review -
No hit in this blaster, but that was to be expected. Instead I was able to find some pretty nice parallel script cards within this blaster of MVP. Like most blasters, this one also had a Three Stars insert card. The one I got featured Jeff Skinner, Brian Elliott, and Ryan Suter. I was also happy to find three Sharks in the box - Tomas Hertl, Patrick Marleau, and Joe Pavelski. I'm always up for pulling cards of my favorite team! 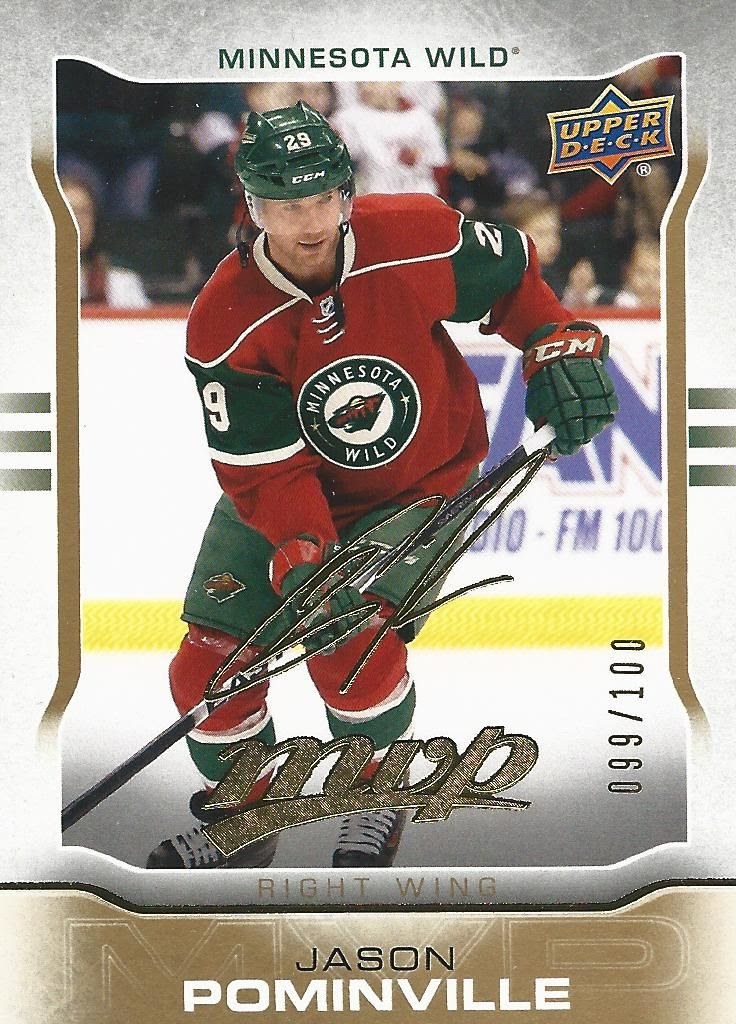 #3 - Jason Pominville Card No. 218
Blasters of MVP usually have one Gold Script parallel numbered to /100 in them. It's cool that these blasters have serial numbered cards as it makes the box more worthwhile to get. The Gold Script cards don't look too shabby either! 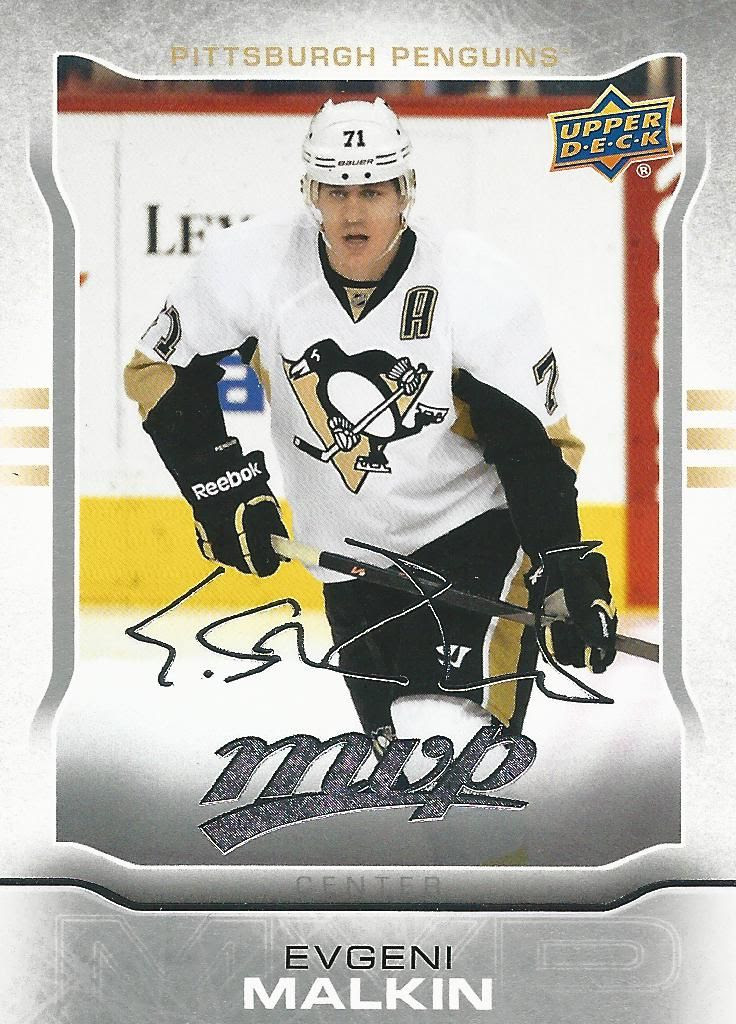 #2 - Evgeni Malkin Card No. 207
Malkin is definitely one of the top tier players in the NHL, so getting his card is a solid pull. As a kid I always loved getting parallels of star players, and that feeling still lingers to this day! 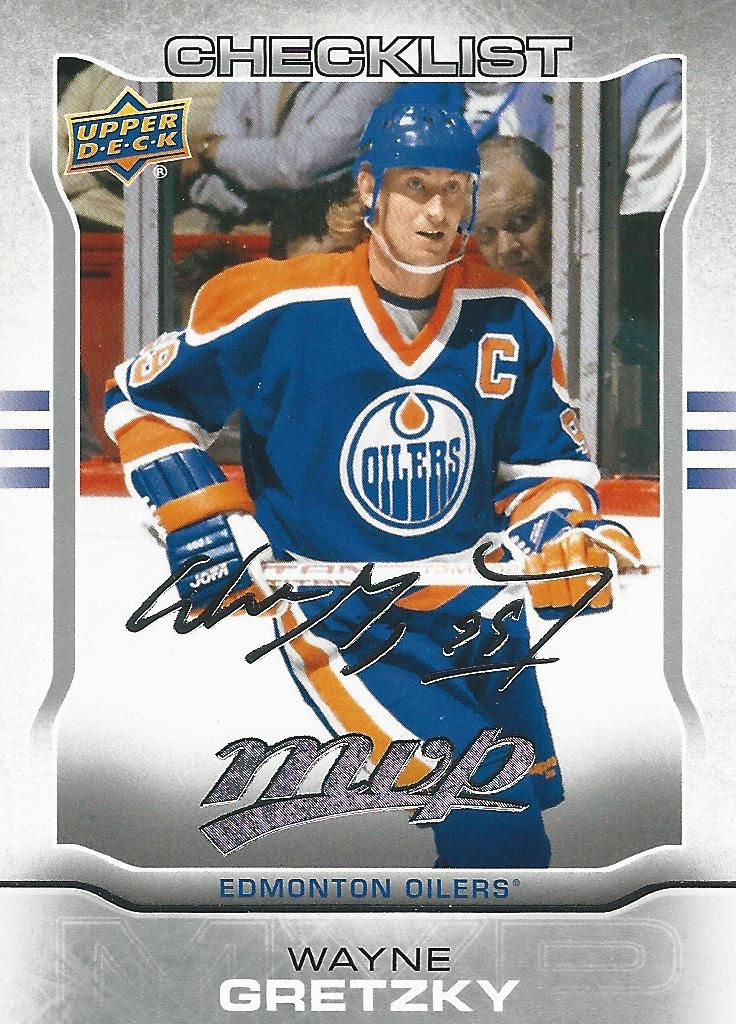 #1 - Wayne Gretzky Card No. 300
There is really on greater NHL player than The Great One, Wayne Gretzky. Pulling his cards is always a highlight of a break, and a parallel card is never a bad thing with him. I did, however, pull this exact same card in a previous MVP break!

Overall Value -
For a low-cost, modern set, collectors can always look toward MVP to deliver. It may not have been a very good product in the past, but in recent years it has really improved. The designs are nicer and now you can actually find hits in the product, though chances are pretty slim. MVP is a good product, and I'd recommend it to those just starting out in the hobby with no hesitation.

Look for a new episode of Retail Review every Sunday!
Posted by luke. at 6:06 AM