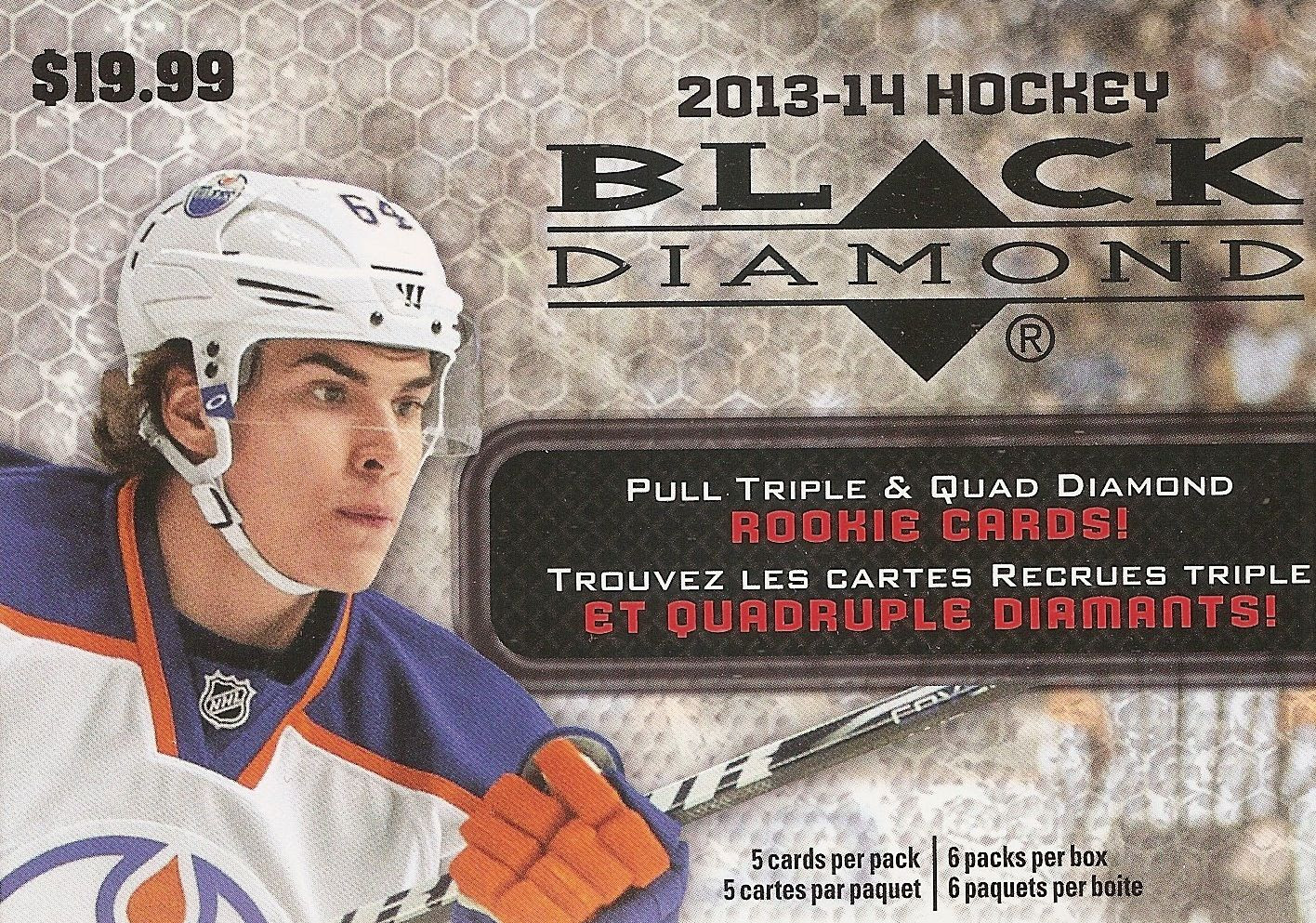 It's kind of funny looking back at 13/14. Both Upper Deck and Panini that year really took the hype level of the double rookie class into the stratosphere. As it turned out, there really wasn't a game changer in the whole lot! That's too bad, though, as many collectors felt underwhelmed and let down. This year's rookie class is in fact much stronger than that one was - and subsequently the hobby is doing better.

My last blaster of this year's black diamond didn't have much to it. If I recall, my best card was a triple diamond base card. That's sad. I hope this blaster has a better result than that one.

I'll go ahead and see what's in this blaster of Black Diamond:

Review -
As Black Diamond blasters go, this one was definitely better than average. Average for Black Diamond is crap. At least in this blaster I was able to get a quad diamond card of a nice player. That alone really put this blaster above others Black Diamond blasters I have opened in the past. My only complaint about this particular blaster is that there weren't that many super star base cards to be found. This may have been before they began making the biggest names the single diamonds though.

Here's the top three for this week: 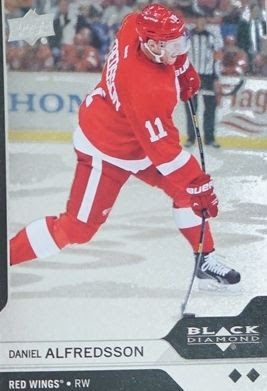 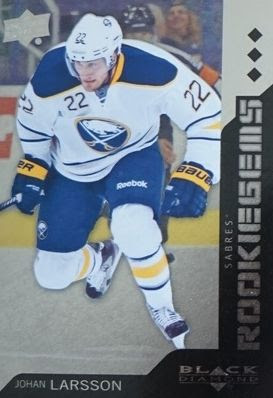 #2 - Johan Larsson Card No. 193
Larsson certainly isn't a household name, but I included him here because he was the only Rookie Gems card I got. Larsson is a triple diamond - meaning he wasn't considered one of the top tier rookies by Upper Deck. Though he may not be a highly sought after player, I still love the design of this year's Rookie Gems. It's very Transformers-like! 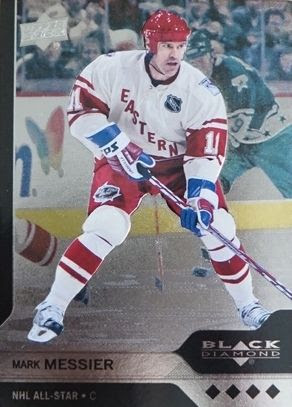 #1 - Mark Messier Card No. 213
I actually really like this Messier card. First of all, it's a quad diamond. That used to mean a lot more years ago rather than now... but it's still cool. This card reminds me that quads were once a darling of the hobby and they made the black diamond set a real challenge to put together. Secondly, Messier looks really cool in his Eastern Conference All-Star jersey in this picture. This is a very nice looking card.

Overall Value -
This blaster of Black Diamond didn't cost much to buy. If you're gonna get a taste of Black Diamond at the retail level, I guess the price is decent and not too risky. Hopefully not too many people paid the insane $20 asking price for this blaster. Spending twenty bucks on this would be a hard pill to swallow!

Look for a new episode of Retail Review every Sunday!
Posted by luke. at 7:03 AM