I'm back at it with Fleer Ultra. This much maligned product had collectors scratching their heads at the price point. Upper Deck placed Ultra at a point between low and mid end products... but the content was definitely on the lower end. Hits are very difficult to come by, but for some reason I'm always thinking that the next blaster might have one in it.

While Ultra is a pretty terrible product, at least the price point on a blaster is now palatable. There is no way anyone would pay twenty bucks for one of these things, but for a little under five it's ok. It's a nice little break with hopefully some interesting cards to find.

I actually remember being pretty excited for Ultra to come out when it was announced last collecting season. Having old products come back afresh is always something I look forward to. It's just too bad Upper Deck dropped the ball on this release.

Let's check out what this blaster holds:

Review -
Just like my previous Ultra openings, this one was pretty bad. There were really no redeeming qualities here, and if I had spent $20 on it, I would be pretty mad! Plain base cards, boring parallels, and a single die-cut insert is not satisfying in the least. This break reminds me that as bad as I thought Ultra was, it's even worse than that. 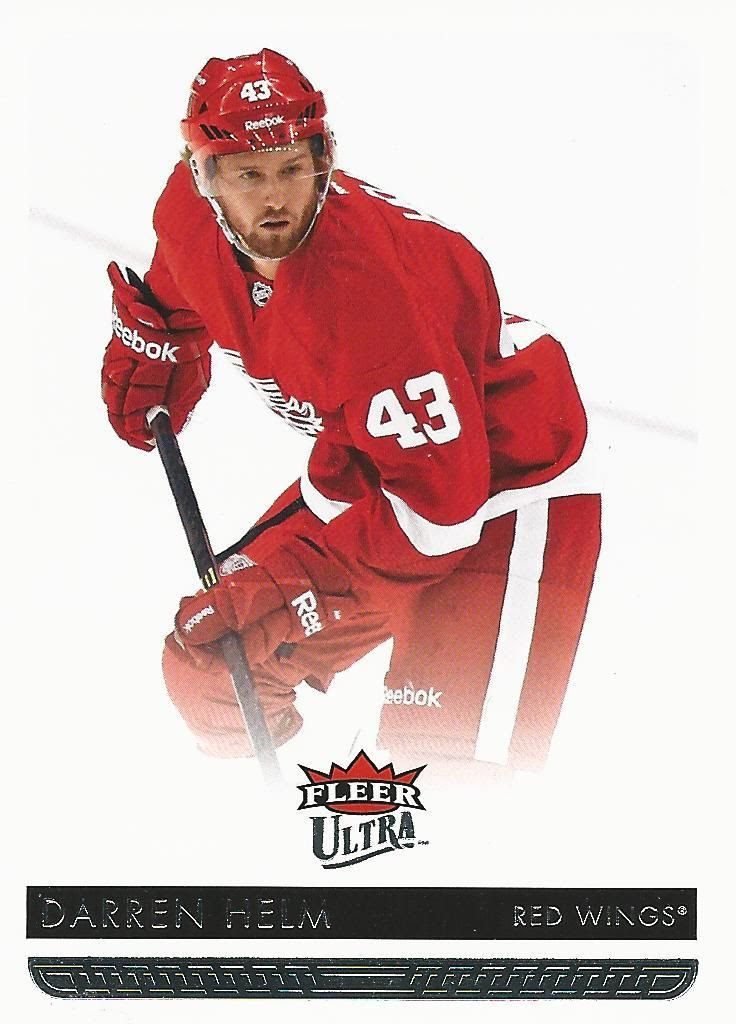 #3 - Darren Helm Card No. 61
Why this Darren Helm base card? Well, the only reason this cards is here is because I found it funny and unique that his parallel cards was pulled in the same box opening. Not a good reason? Well, I'm grasping at straws for something positive to say about this break. 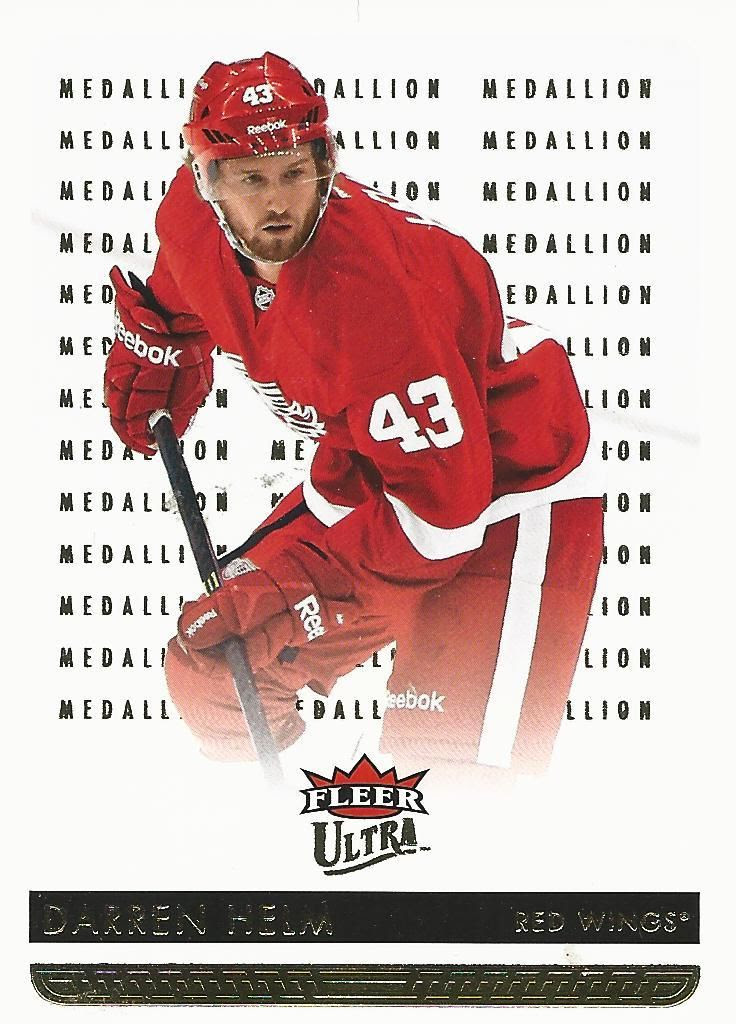 #2 - Darren Helm Card No. 61
My only other 'insert' card in the blaster was this parallel of Darren Helm. If I'm going to be left with hardly any thing good in a blaster, at least a slightly better parallel would have been greatly welcomed by me. 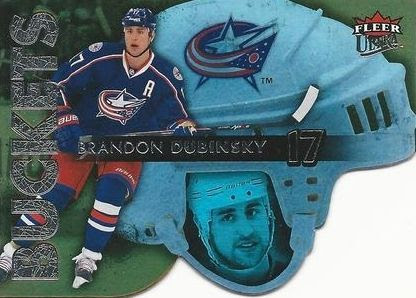 #1 - Brandon Dubinksky Card No. BB-9
This card looks cool... but that's about it. Last time I checked, Brandon Dubinsky is not a player that collectors are chasing after. This card care in the last pack of the blaster. And it was of Dubinsky... just great.

Overall Value -
Stay away from Fleer Ultra. It's a product that though you can find heavily discounted, it's probably not worth your time or money. I wish Upper Deck would have just stuck with it and try to improve, but I'm sure they don't have the patience for all of that. So this year Ultra is nowhere to be seen.

Look for a new episode of Retail Review every Sunday!
Posted by luke. at 7:34 AM