A student of mine said they had some old unopened hockey cards lying around in their garage so they gave them to me. It turned out to be a box of 91/92 Pro Set. Pro Set was produced during a time of extreme overproduction, so these cards can't be called rare. That's too bad, because these old boxes can contain legendary players like Wayne Gretzky, Mark Messier, Mario Lemieux, and the like. These boxes could probably be found for five to ten dollars sitting around at a hobby shop collecting dust. It's a relic that nobody really wants, but since I have my hands on one, I might as well check it out. 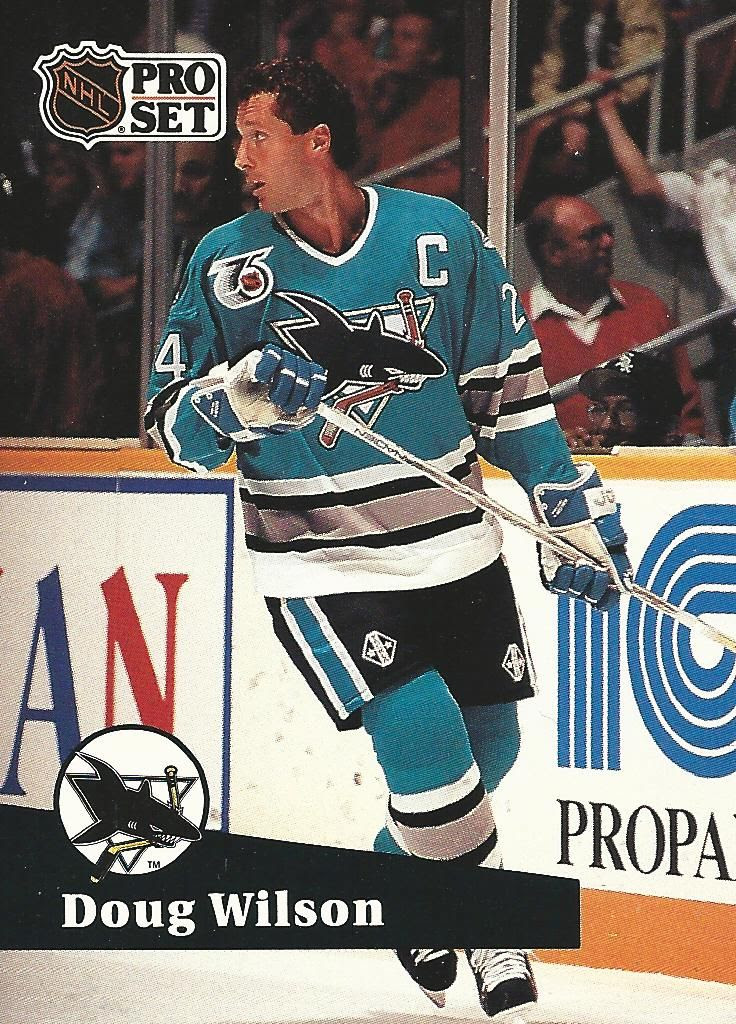 Base Card Design -
The Pro Set base cards have a simple and plain design. Unlike modern day cards, there is no foil or texture on the card - I think the best way to describe these cards is 'flat'. The cards are also very thin, no flimsy at all, but thinner than I remember cards being (my reference being the old Topps baseball cards). If the Pro Set logo and player name had some sort of texture or foil, I think these cards would be much nicer, but as they are they don't really add much to enhance the cards. Photography wise, I was pleasantly surprised to find some quality photographs used on these cards. It's no Upper Deck Series One, but pretty impressive for the very early 90's. 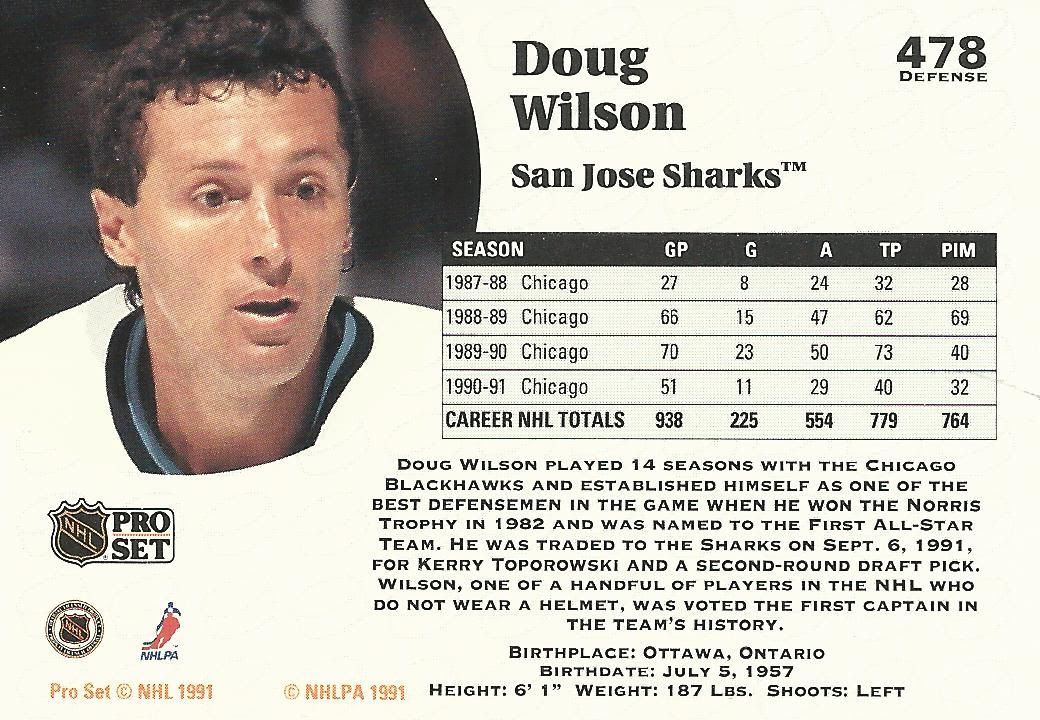 The back of the Pro Set cards are pretty interesting. First of all, they are horizontal rather than vertical. I'm not usually a fan of changing orientation, but I do like these particular backs. They are bright and clean... and in full color! That must have been a nice touch back in the day since many card then had cardboard backs. These may have felt a bit more premium and in line with what Upper Deck was doing. The Pro Set seems to be a brand right in the middle in terms of card quality with Topps being a little lower and Upper Deck being the high-end product.

Subset Cards and Inserts -
The early 90's didn't have much in terms of inserts... and autographs were virtually unheard of. Game-used memorabilia cards were also nothing that anyone could have imaged even existing. The best that cards had to offer were subset cards within the base set. Often times this would allow card companies to sneak in extra cards of star players and also have special looking cards that offered a bit of a different look from the standard set. 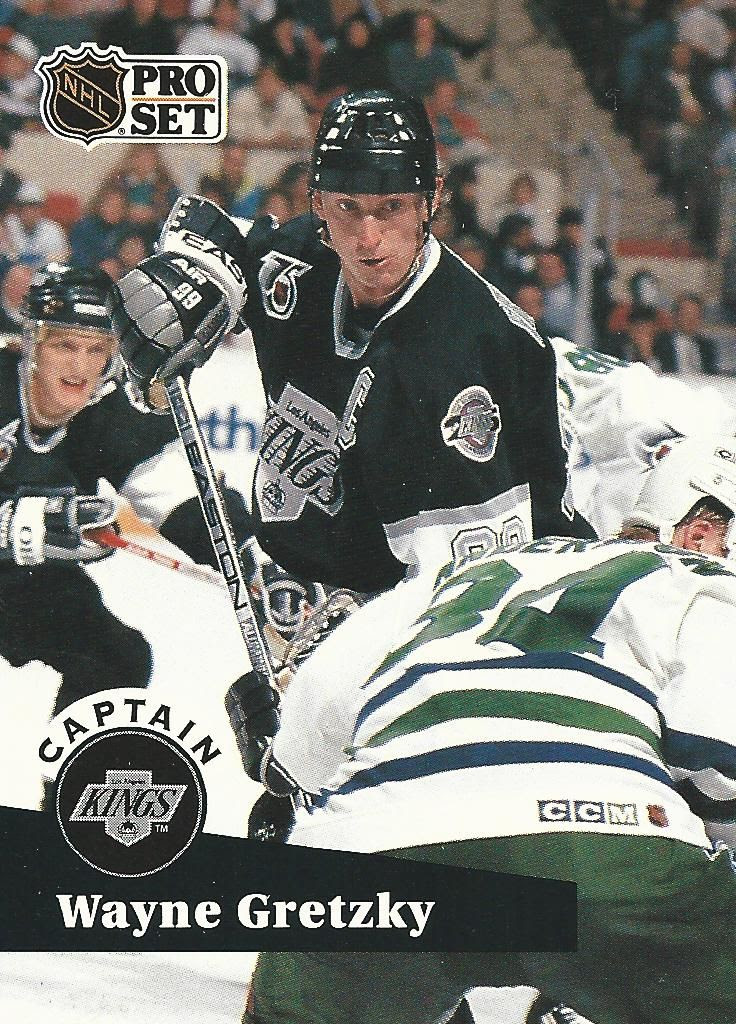 Captain Cards were a great way to do just that. Above is a Wayne Gretzky Captain Card. These look just like the standard base except with the added 'Captain' designator above the team logo on the card. These cards also show a different photo than the regular base card. Subset cards like this were usually less valuable than the standard base card as they were seen as a player's 'other' card that year. 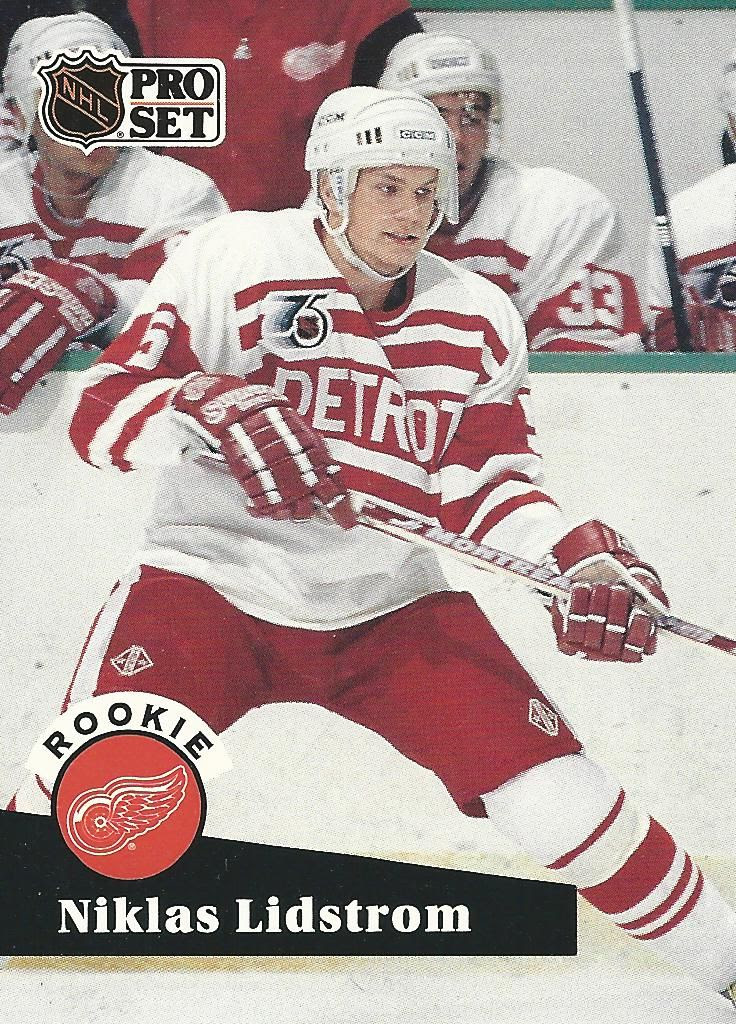 Rookie Cards had special designations just like the Captain Cards. Having the word 'Rookie' on the card was helpful so that collectors would know what they were getting. Many rookie cards of the 80's didn't even have that. Pro Set had a few nice rookie cards in this set. I was able to pull the Niklas Lidstrom card shown above as well as rookies of Hasek and Bure. 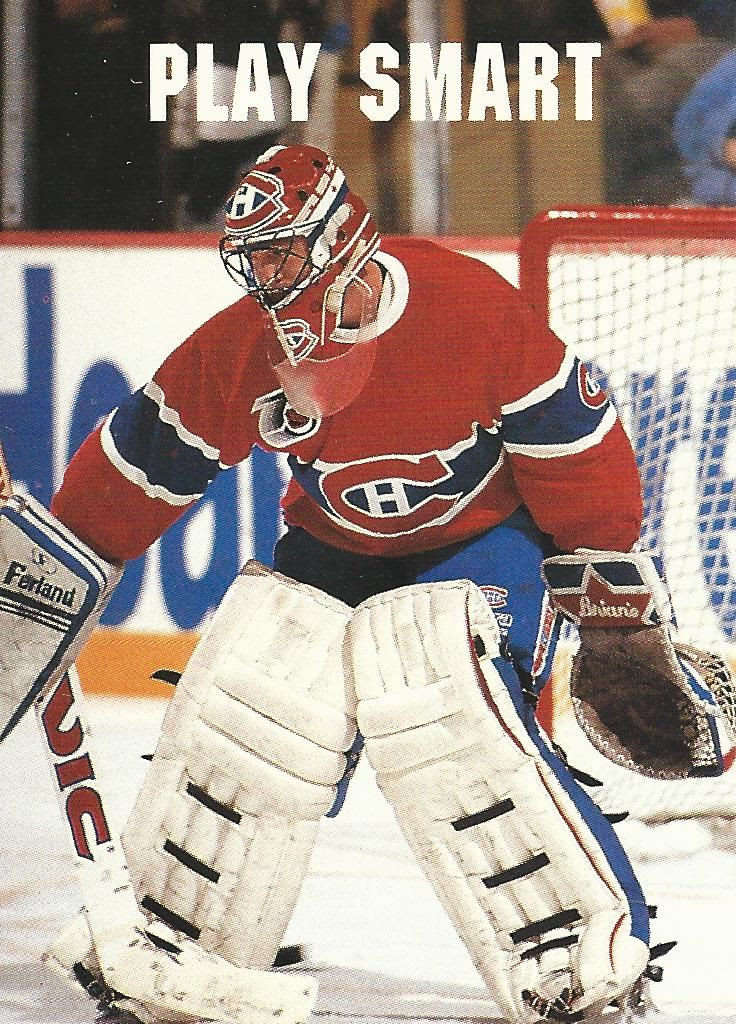 Play Smart cards ditch the standard design and don't even feature the player's name on the front of the card. Collectors would have to turn the card over to see who the card was of. Once they did, though, they would get a little blurb from the player about why education is so important. These cards were sort of a public service announcement type promotion. Definitely an interesting idea as back then collecting was almost a purely kids endeavor. Yep, no Ultimate Collection or The Cup back then! 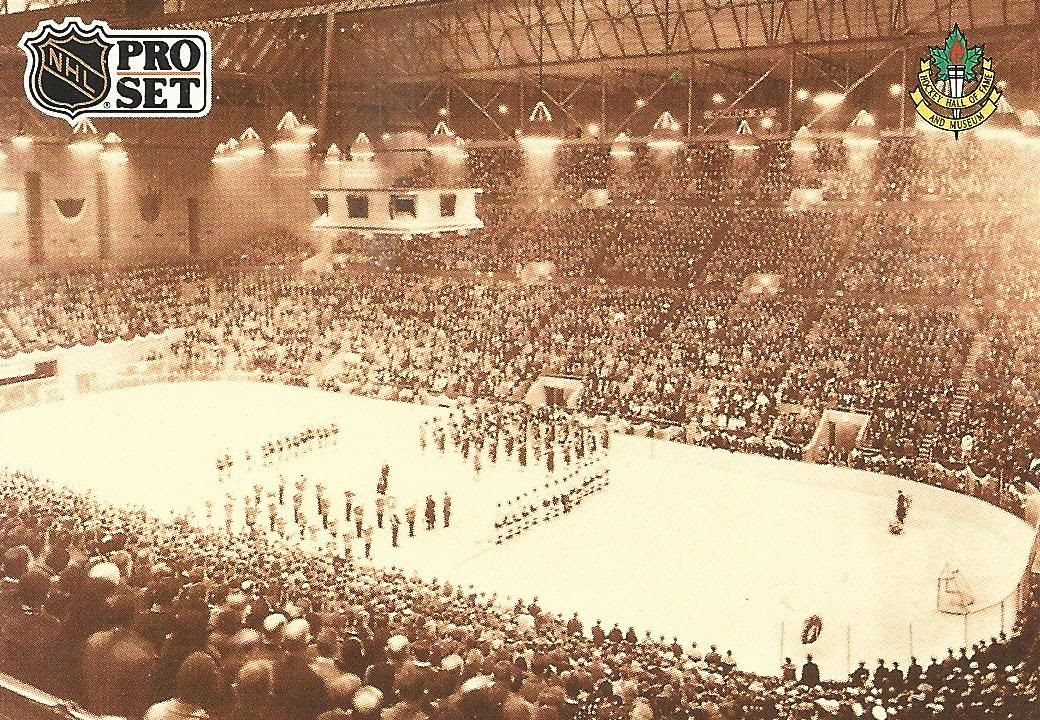 One of my favorite cards from this set were the sepia toned cards depicting the NHL's past. These cards gave collectors insight into the sport's history. Out of all the cards I feel like these stand out the most and are the most unique from this product.

Overall Rating -
Pro Set is not a product I could really recommend. There's not much thrill in opening up a box of this because there's pretty much zero hit potential and the cards are extremely plentiful. My only reason for opening this product was because I was given it for free. If you're looking to get some history of NHL, maybe I can see you picking this up for a few bucks, but this really is just 'junk wax' as they say. It's hardly worth the paper its printing on.

I'd say just enjoy the video of me opening this box and save your money for products that are much more worth your time and money.