Going with a blaster of last year's MVP for today's Retail Review. Though MVP is a lower end brand, I think Upper Deck has done enough to it to make it a fun break. MVP contains 12 packs to open and even a chance at a hit!

Blasters of MVP originally price at twenty dollars - the same cost as Upper Deck Series One and Two. It's certainly not of that caliber, but it can have its own positive merits going for it. These blasters have 12 packs in them, which give a satisfying break for those looking to open more than just a small handful of packs. Thankfully, prices of MVP have come down to prices that are much more realistic. Though this blaster had a discount sticker on it that said $9.99, I was actually able to pick up this box for just under eight dollars.

I never really liked MVP back in its original release. I always felt that there was absolutely nothing worth finding. I don't feel that way about the current MVP brand. Upper Deck has done some good things with it. They have made the product more diverse in terms of what you can find in it. Though hits may be hard, it's nice that they are there to even begin with. I'd be awesome to find an autographed card or other hit in a blaster of these.

Let's open this blaster up and see what comes out:

Review -
This blaster of MVP definitely delivered in terms of parallel cards! I got quite a few Silver Script cards in this blaster. I've said in the past that I enjoy the look of the Silver Script cards. The silver border with the foil facsimile signature looks really nice. For a lower end card, these stand out in a really good way.

Besides the Silver Scripts, I also pulled a Gold Script and an insert card featuring The NHL's 3 Stars of the week from March 3-9 of 2014. I'm never really a fan of multi-player cards, but I do like Upper Deck's thought process in featuring this aspect of the NHL season. 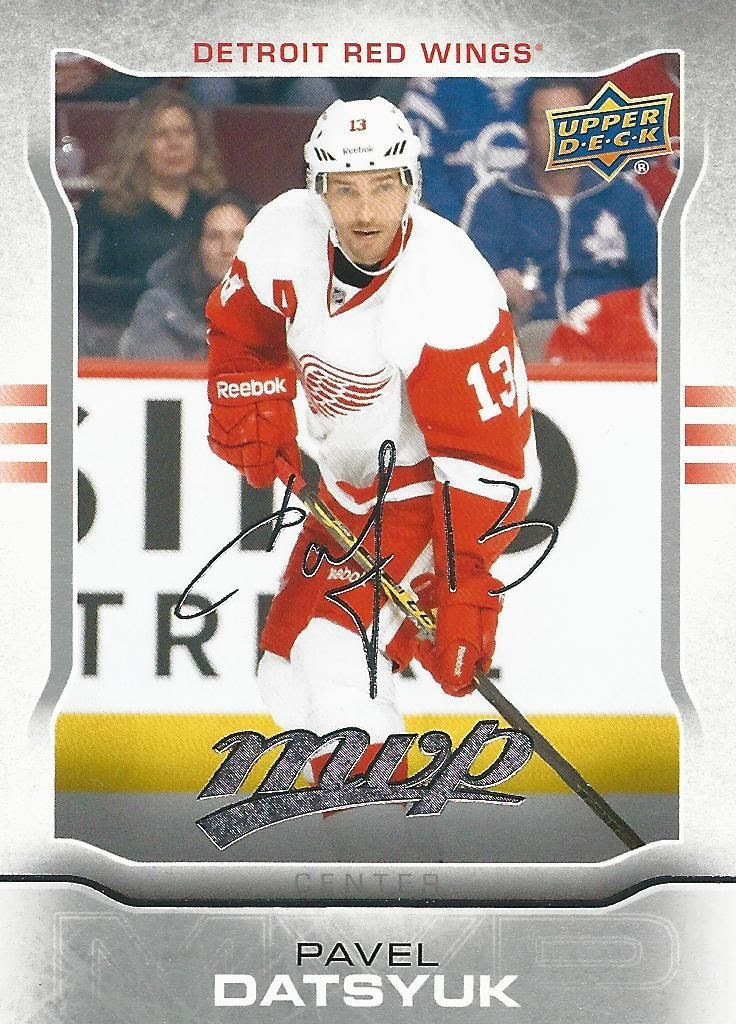 #3 - Pavel Datsyuk Card No. 289
I really enjoy pulling Datsyuk cards out of packs. He's a very smooth and classy player. Though I've never been a huge Detroit fan, it is very hard not to like Datsyuk and the way he plays the game. He also has a pretty sweet looking sig! 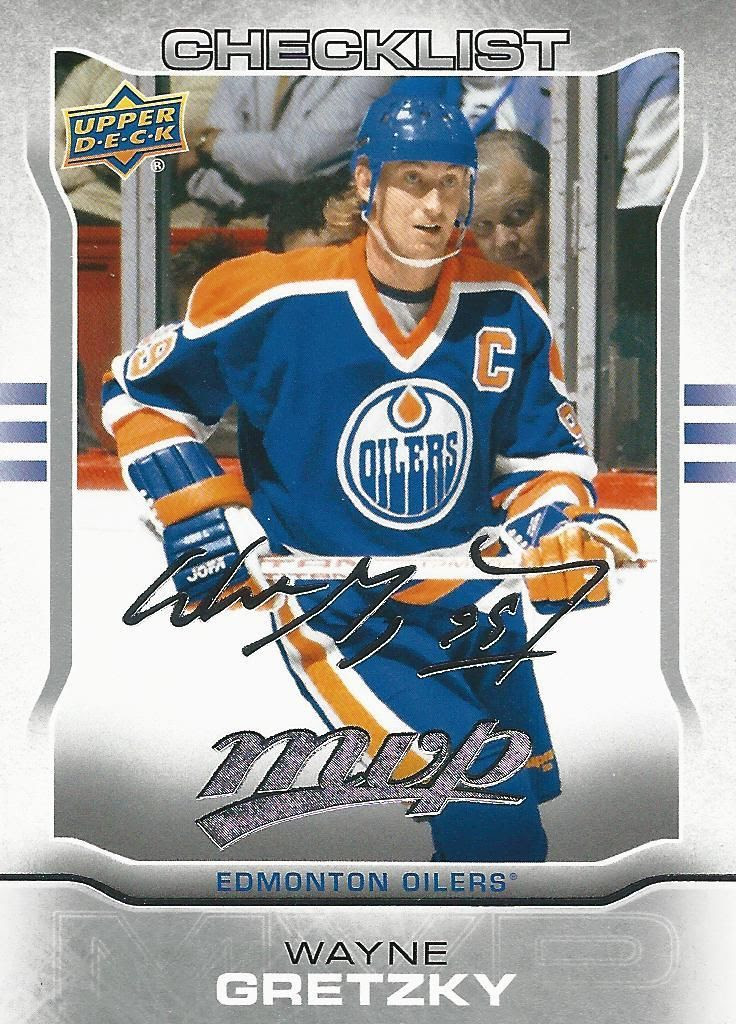 #2 - Wayne Gretzky Card No. 300
The Great One is also always a good pull out of packs. Though this is a checklist card, it still features the greatest hockey player of all time... and it's a Silver Script parallel to boot! 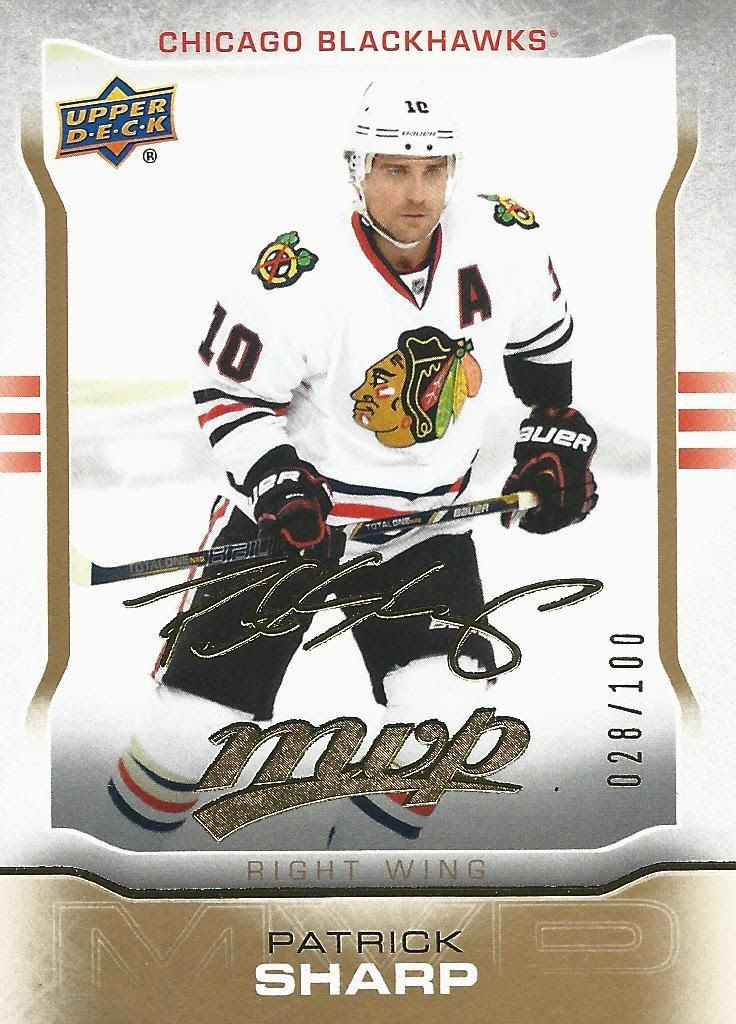 #1 - Patrick Sharp Card No. 269
The funny thing is... I've pulled this exact card before in my last MVP Retail Review! Of course it's a different number out of the 100 made, but I got Patrick Sharp's Gold Script last time. What are the odds of that?

Overall Value -
For just under eight dollars, this was a fun break that I would definitely do again. For whatever reason, I hold onto the hope that I will get a nice hit out of MVP one day. Until then, I can enjoy the Silver and Gold Script cards that I have gotten already from these blasters.

If you're looking for a cheap and fun break, MVP is a brand that you should consider!