The last time I opened up a blaster of Elite I was decently impressed with what I got. It actually made me appreciate the product a little bit more. I know when it came out, it was pretty much universally disliked. Now that they are pretty cheap, they are a nice bargain. 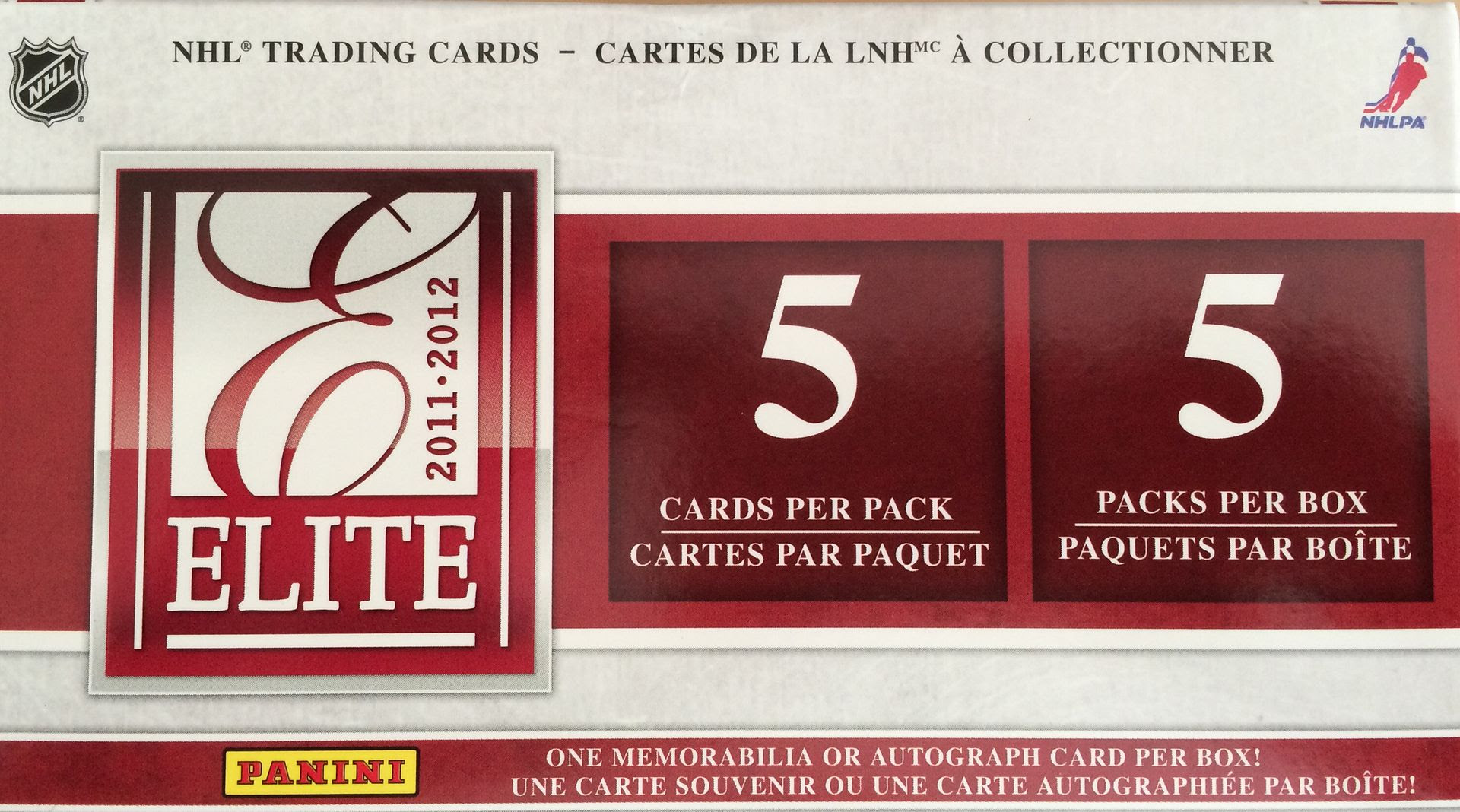 Buying into Elite I'm expecting to get some nice shiny base cards along with a few inserts and a hit. Though at the hobby level most of the content in Elite was underwhelming, at the retail level the cards sort of get a new life.

The original price of this blaster was a hefty $30. If you're going to pay that much for a blaster of something at the local Wal-Mart or Target, there better be something in there that is worth getting. Just having nice cards to look at doesn't really cut it at that price point.

I'm optimistic and excited about what this blaster contains, let's see:

Review -
Well... there went my optimism. This blaster was absolutely terrible. According to the blaster box, there should be one memorabilia or autographed card inside - and there was neither. All I got was a bloated pack filled with air. Was it air from an actual NHL rink? If it was, then I guess it makes everything better...

This blaster was clearly a botched one. Panini is usually very good with their production, but in this case I got a bad box. Not only did I not get my promised hit, there were no inserts to be found inside either. It was the ultimate disappointment.

Top three is the best of the base: #3 - Martin Havlat Card No. 144
I get to play the Sharks homer again as I chose Marty Havlat as top card number three. Havlat actually didn't do too much as a member of the Sharks... but I had to put him in this slot because there was just no one else, sadly. 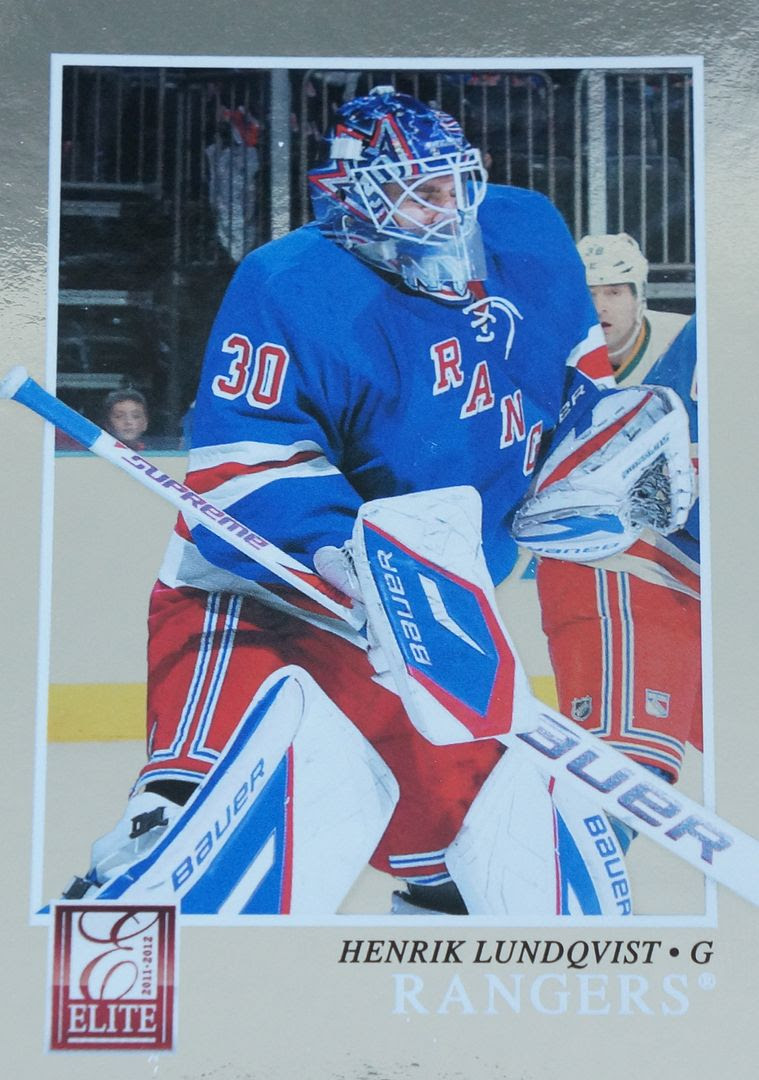 #2 - Henrik Lundqvist Card No. 23
King Henry has been the main man in New York for a number of years now. He's definitely one of the top goalies in the NHL and so it's nice to pull his cards. 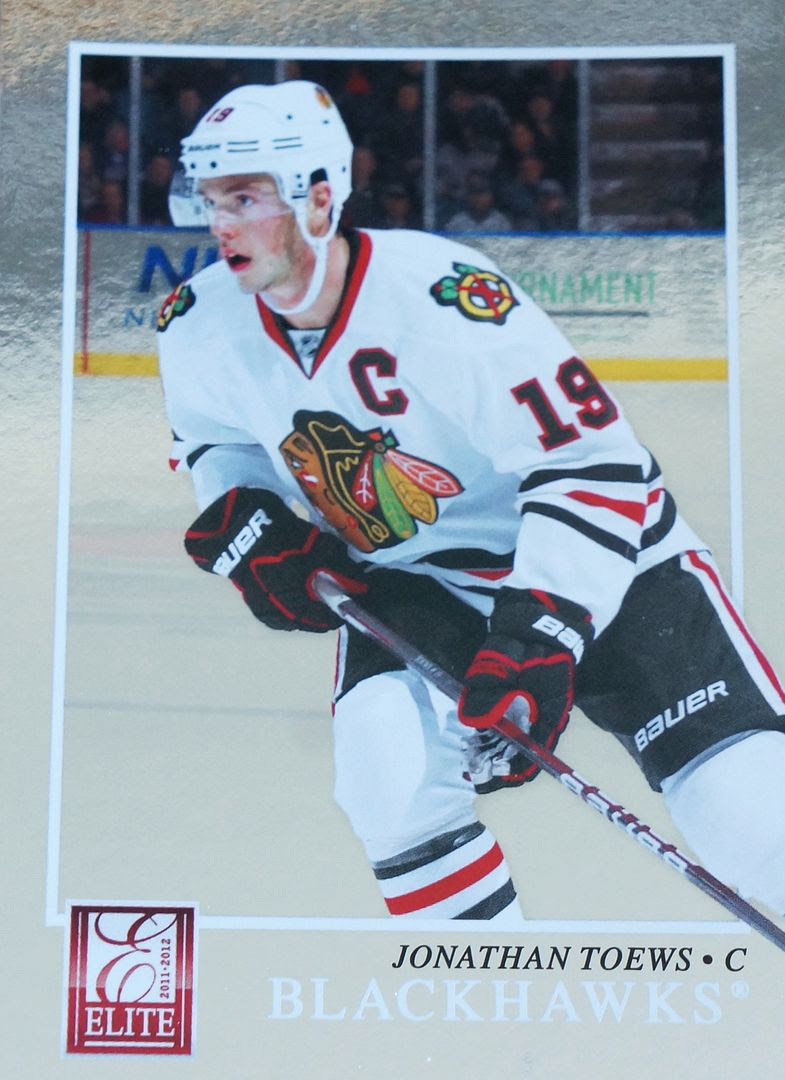 #1 - Jonathan Toews Card No. 114
Captain Serious is really Captain Winner. He's been the rock on a very strong Blackhawks team. He'll be going down as one of the best in the NHL one day.

Overall Value -
Sometimes mistakes happen, but when you get caught in them it really does suck. I lost ten bucks on these ordinary base cards... but on the bright side, I didn't lose thirty... which is what would have happened had I bought this at it's face value. Better luck next time!

Look for a new episode of Retail Review every Sunday!
Posted by luke. at 7:16 AM