Today's Retail Review is a bit different than most. Rather than opening up a blaster box of a product, I have twelve 11/12 Upper Deck Series One fat packs to open up. I got these packs as a lot at dacardworld.com. The standard price for these according to their site was over seventy dollars! I got all these packs for under twenty. They turned out to be just over a dollar per pack.

Honestly, I try to avoid these packs when I see them at the store. They normally cost around five dollars, and you just end up getting a ton of base cards. And in today's collecting world, base cards are not what people are after so much any more. Surprisingly though, I think the odds of finding Young Guns in these packs are better than the standard ones... so I guess if you can get them at a great price, they may be worth it.

I opened up a lot of 11/12 Upper Deck when it came out. Ryan Nugent-Hopkins was the rookie to get that year, and his cards were on fire! It was a pretty big deal to pull any of his rookie cards, and his Young Gun was definitely a card that held some good value. Other rookies that year didn't come close to what people were willing to pay for RNH. For rookies, he was the one to find.

This will probably take me longer than a standard blaster break, let's see what comes out:

Review -
Wow, did you see that huge stack of base cards at the end? I really did end up with a ton of them. That might be good if I were trying to go for the base set, but at this point I don't really need a big stack of base cards. I sort of feel that they are waste.

As for hits, there weren't any autos or jersey cards, but I did find inserts and Young Guns. My Young Guns were decent - especially from that year. I didn't pull a Nugent-Hopkins, but the guys I did get were pretty good pulls in 11/12.

I enjoyed the insert and parallel cards I got. I with I had some bigger names, but I can't complain too much - there really isn't much to expect when breaking these packs. 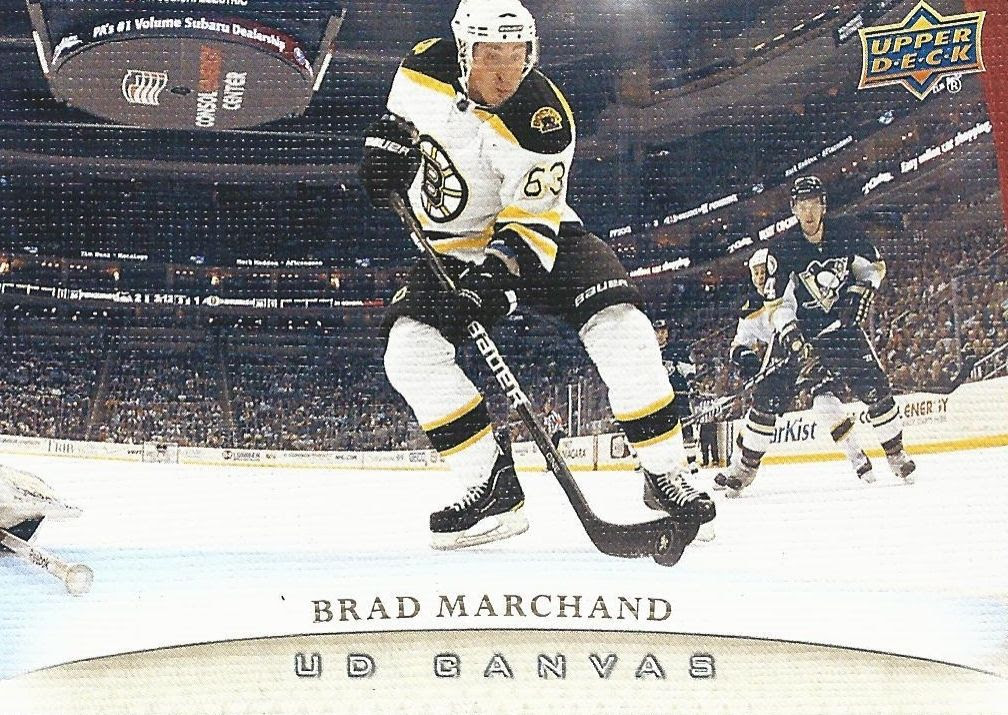 #3 - Brad Marchand Card No. C9
I was debating whether or not to include this card in the top three, but I did. I just like the way the card looks. The horizontal orientation and photo quality is top notch. 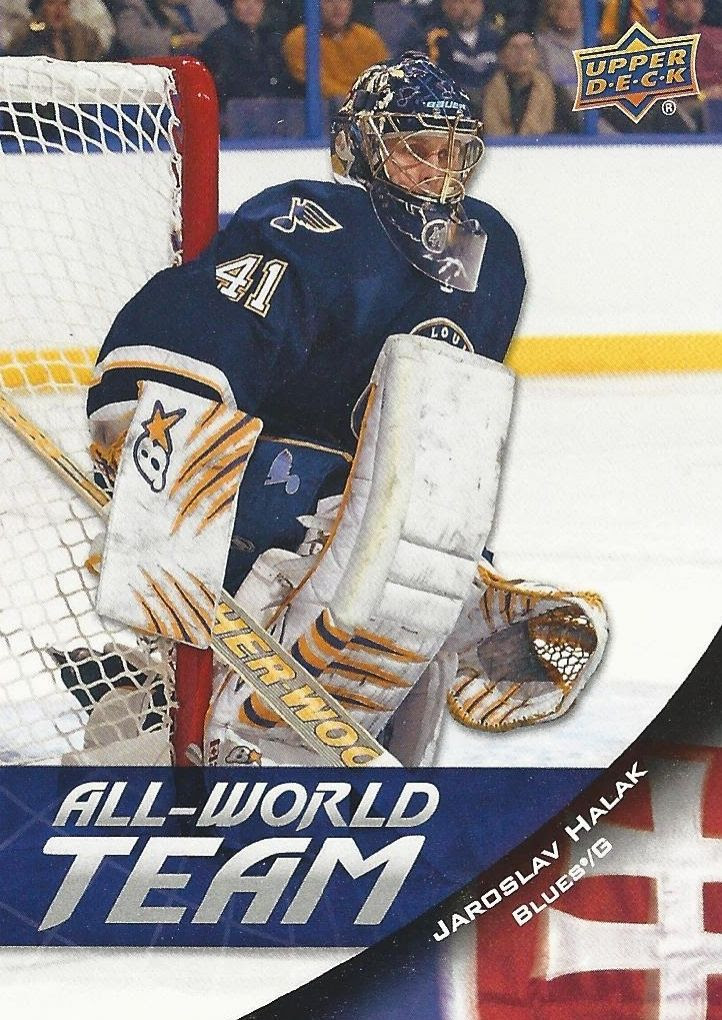 #2 - Jaroslav Halak Card No. AW13
I forgot all about these All-World Team insert cards. This isn't my favorite design from this set, but I always appreciated these cards whenever they got pulled. 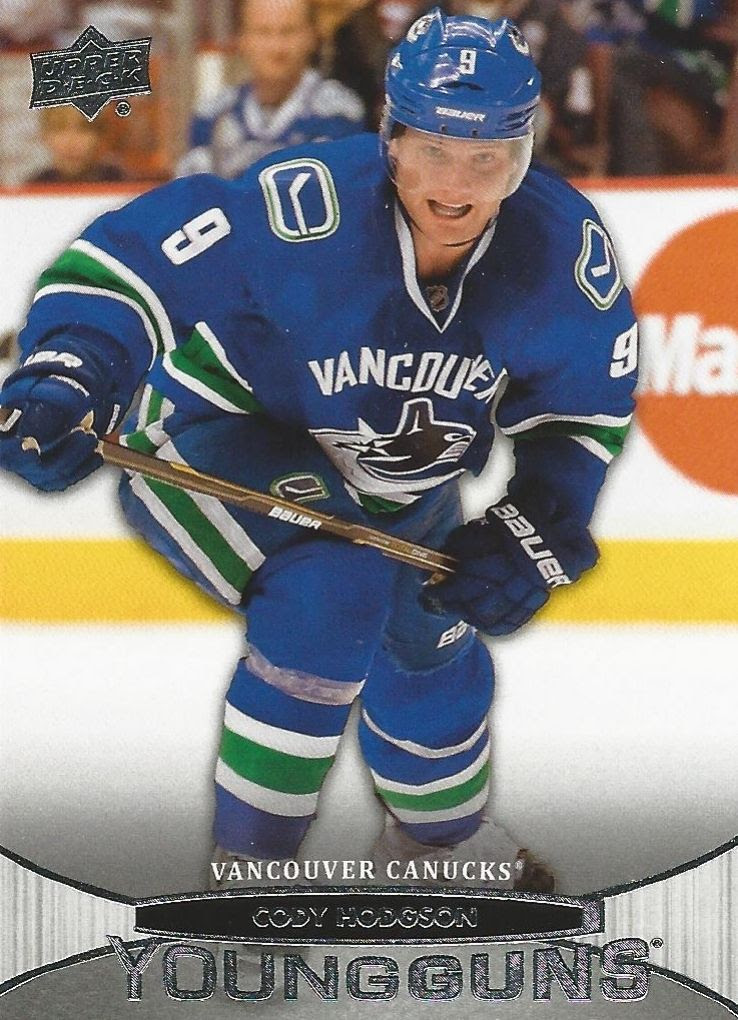 #1 - Cody Hodgson Card No. 245
CoHo was a pretty hot rookie at points during the 11/12 season. Currently, you can pick his Young Gun up for under five bucks, but he was someone to watch back then. He's still young and hopefully will find hobby love once again.

Overall Value -
Since each pack was just over a dollar, I really can't complain too much about the purchase. I was disappointed to see how low the values were of the rookies I pulled though - especially Hodgson. I guess it just shows how quickly players and go up and down in the minds of collectors.

Let me know what you thought of my break in the comment section below. Have you ever pulled anything good out of these packs? I'd love to hear about it.