It's been a little while since I've broken the 2012 version of Goodwin Champions. As many of you know, this is a product that intrigues me greatly. I enjoy the look of the cards and love the variety it offers. Hits are very hard to come by in this product... which is a bummer. Paying full price for one of these is out of the question, but the current price of under $7 is OK with me! 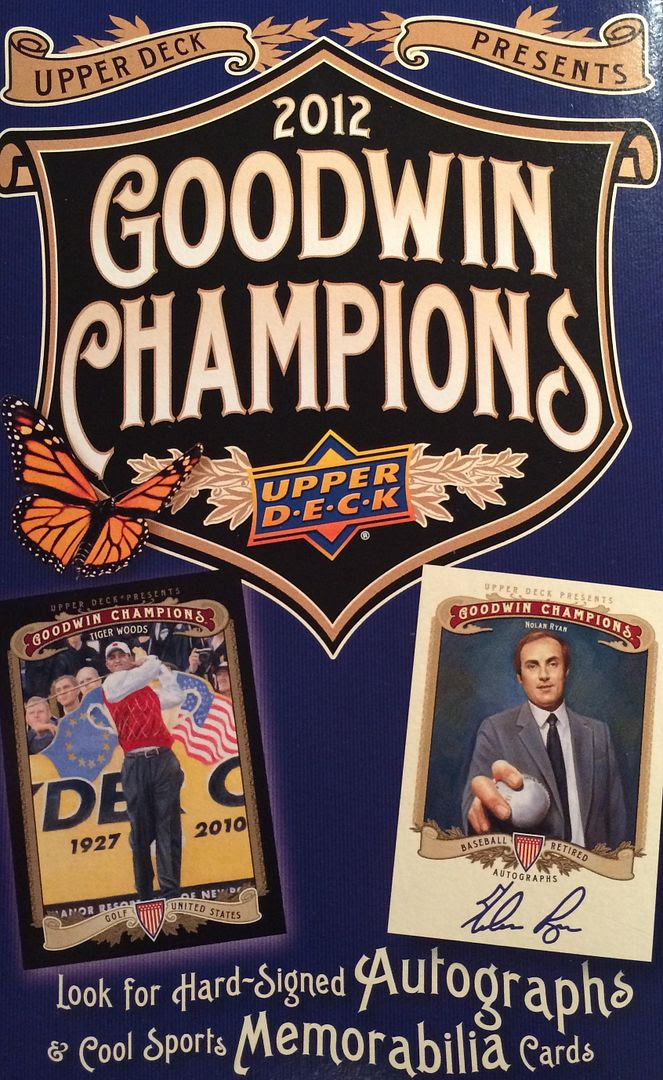 Goodwin Champions cards are printed on old school cardboard with that old cardboard look on the back. That might be some of the appeal of this set to me. It really brings back the memories of collecting these types of cards when I was a kid.

Let's see what comes out of this blaster of Goodwin Champions:

Review -
Well... if anything, this blaster had some pretty spectacular superstar base cards. It's just too bad I already have those from previous Goodwin breaks. I guess if this was 20 years ago, this would have been a stellar box as base cards were actually worth something back then. Today though, the base cards are forgettable and nothing of note really came out of this blaster box.

I did get a mini of Adrian Peterson... which would have been good a year ago... but his legal troubles have really put a damper on his reputation. There just wasn't much to write home about with this one.

Here are the best cards from this box: 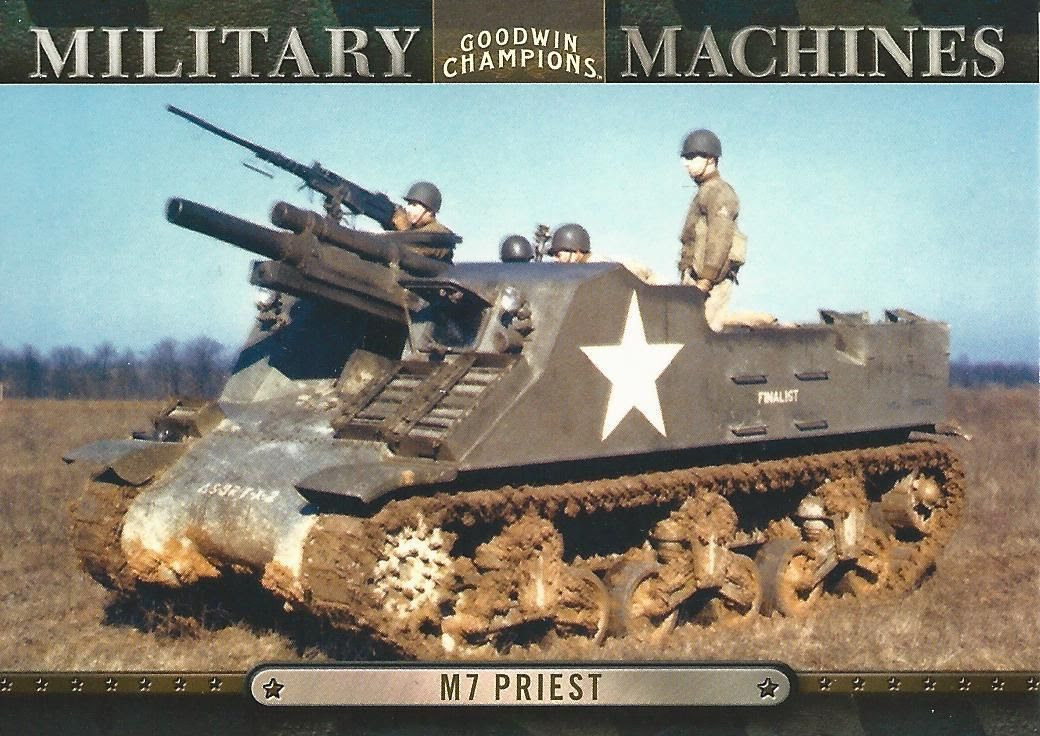 #3 - M7 Priest Card No. MM12
Something looked a bit different with this Military Machines card that I couldn't figure out for a while. It's in color! It's sort of that old school technicolor look. Kind of neat, I guess. 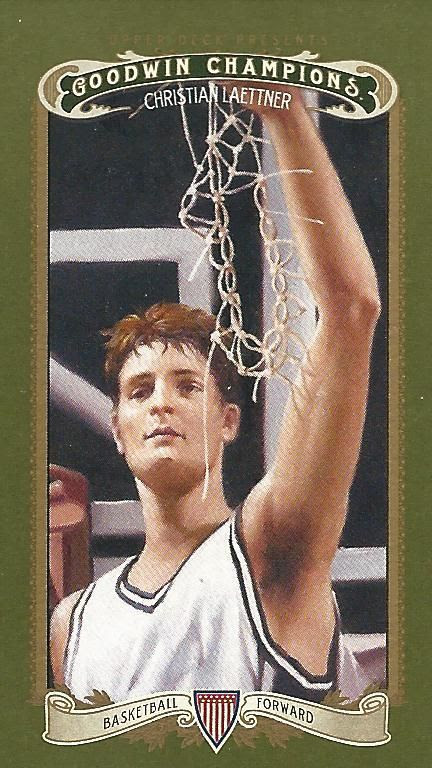 #2 - Christian Laettner Card No. 76
This Lady Luck mini card depicts a pretty significant moment in college basketball history. I remember what a huge deal this was back in the day. Laettner never panned out, but his college legacy is undeniable. 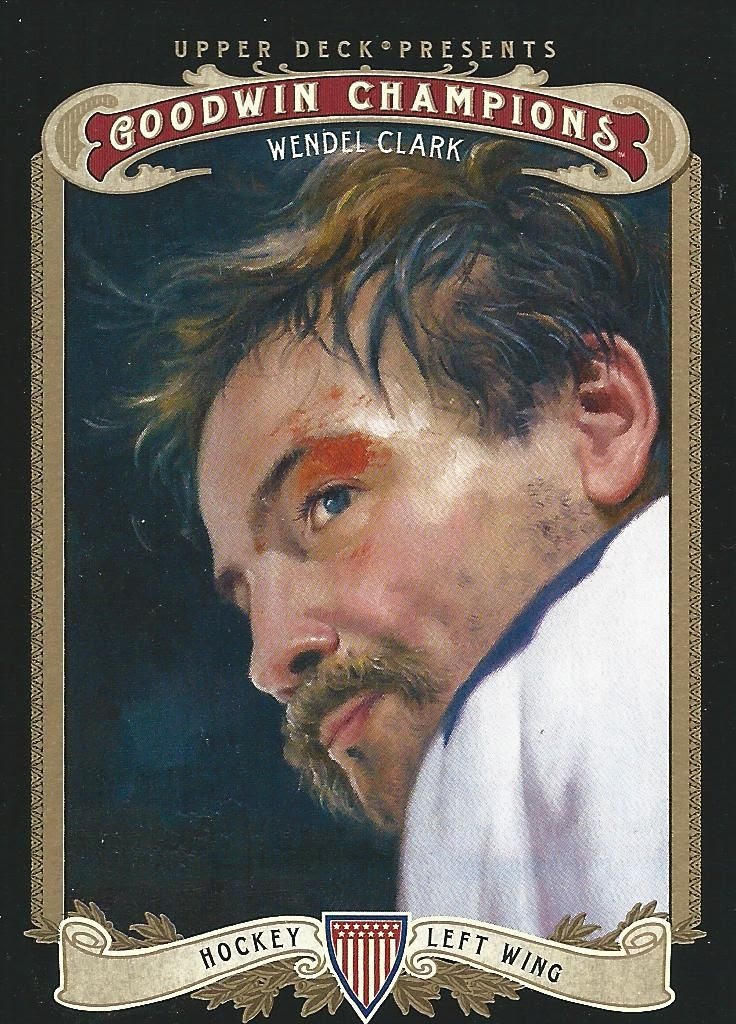 #1 - Wendel Clark Card No. 82
I had to go with a hockey card for this top spot. I could have chosen Sid the Kid or The Great One, but I like how this card shows Clark with his battle scars. That was the kind of player he was and this card does him justice.

Overall Value -
There wasn't really anything in this blaster that I really liked too much. Finding my top three was even a stretch! I didn't pay as much for this box as I did for the last one I opened, but I still feel like I didn't get my money's worth. That's really too bad! Will I keep trying these blasters? Probably. I'm a sucker for this stuff!

Look for a new episode of Retail Review every Sunday!
Posted by luke. at 7:12 AM