It hasn't been too long since the last time I broke a box of 13/14 Select, but I wanted to do a product that wouldn't take too long to open since I've been so busy lately with my sports photography. This is definitely a product that will give out a quick break. With only two packs, this break will be over before I even know it! 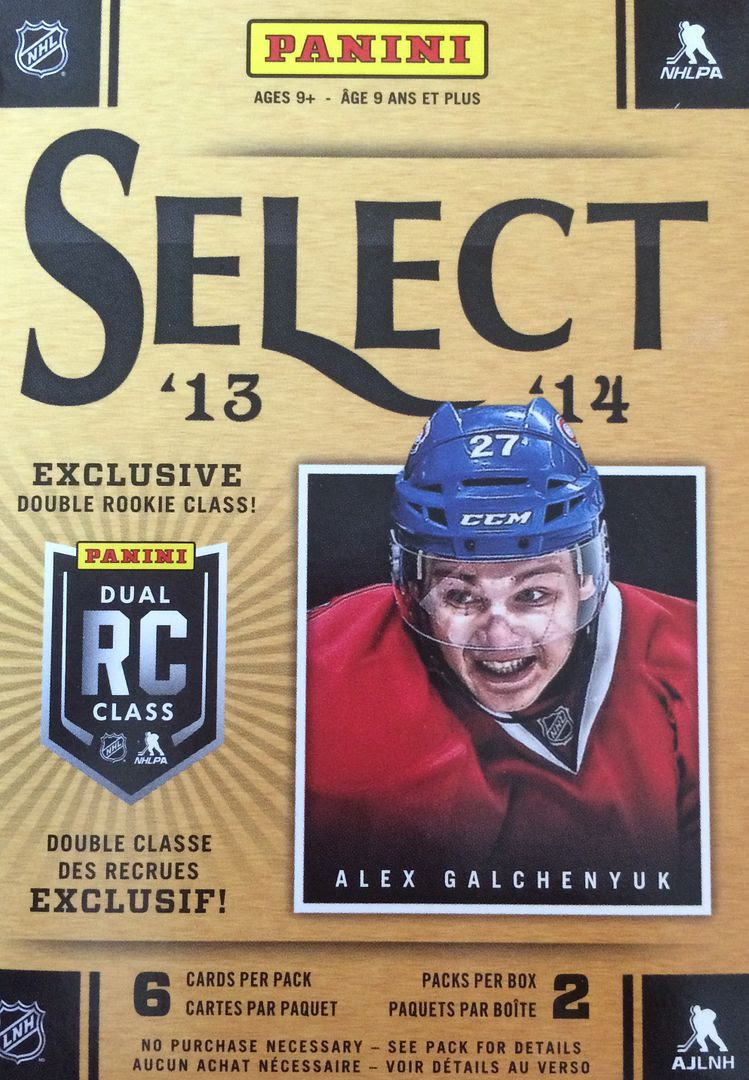 The Select boxes that I've opened have been pretty much hit or miss. The last blaster was definitely a hit as I was able to pull a rookie jersey autograph card. I hope for the same such luck with this blaster as well. As I've mentioned before, the packs in these blasters are pretty much the same as the hobby versions, so getting a hit from them isn't impossible.

Let's see what comes out of these two packs:

Review -
Sadly, this blaster was unlike that times blaster - this one was a total miss. I pretty much got all base cards except for one insert. I didn't even get a Prizm parallel card. Not that it would have added too much to the break... but by not getting one it definitely detracted more from the break.

There's not much to say about this review other than it was pretty sad. If I had gotten this at the full retail price I would have been pretty unhappy.

Here are the top cards out of this blaster box: 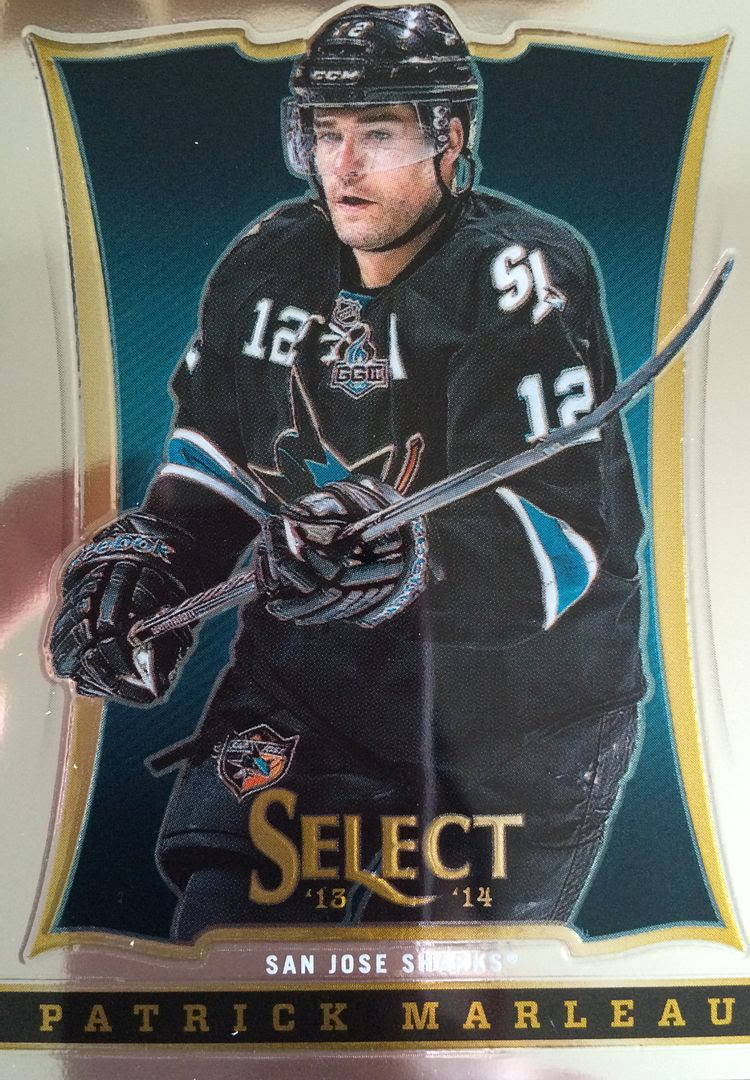 #3 - Patrick Marleau Card No. 52
Patty has been on a cold streak lately, but that doesn't detract from the fact that he is one of the greatest San Jose Sharks of all time. He's blazingly fast and it is always fun to get his cards. 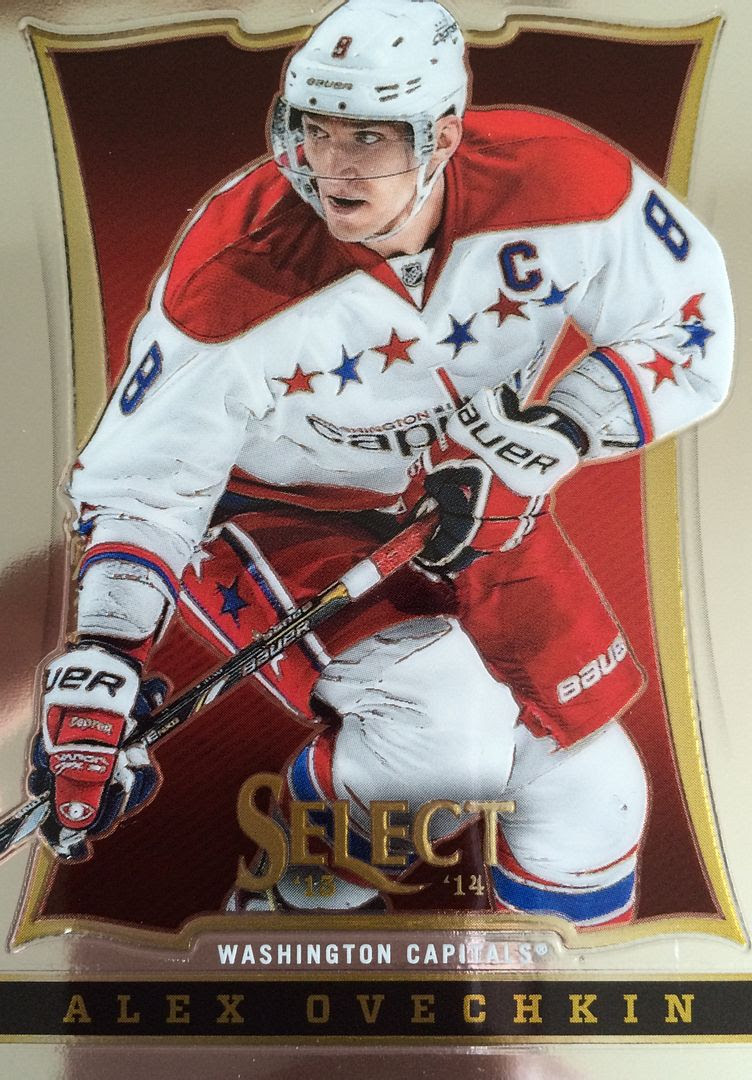 #2 - Alex Ovechkin Card No. 46
Ovi is a superstar that is never a bad pull. His electrifying and physical play are awesome to behold. He may not be as hot in the hobby as he once was, but he is still a big time player to get. 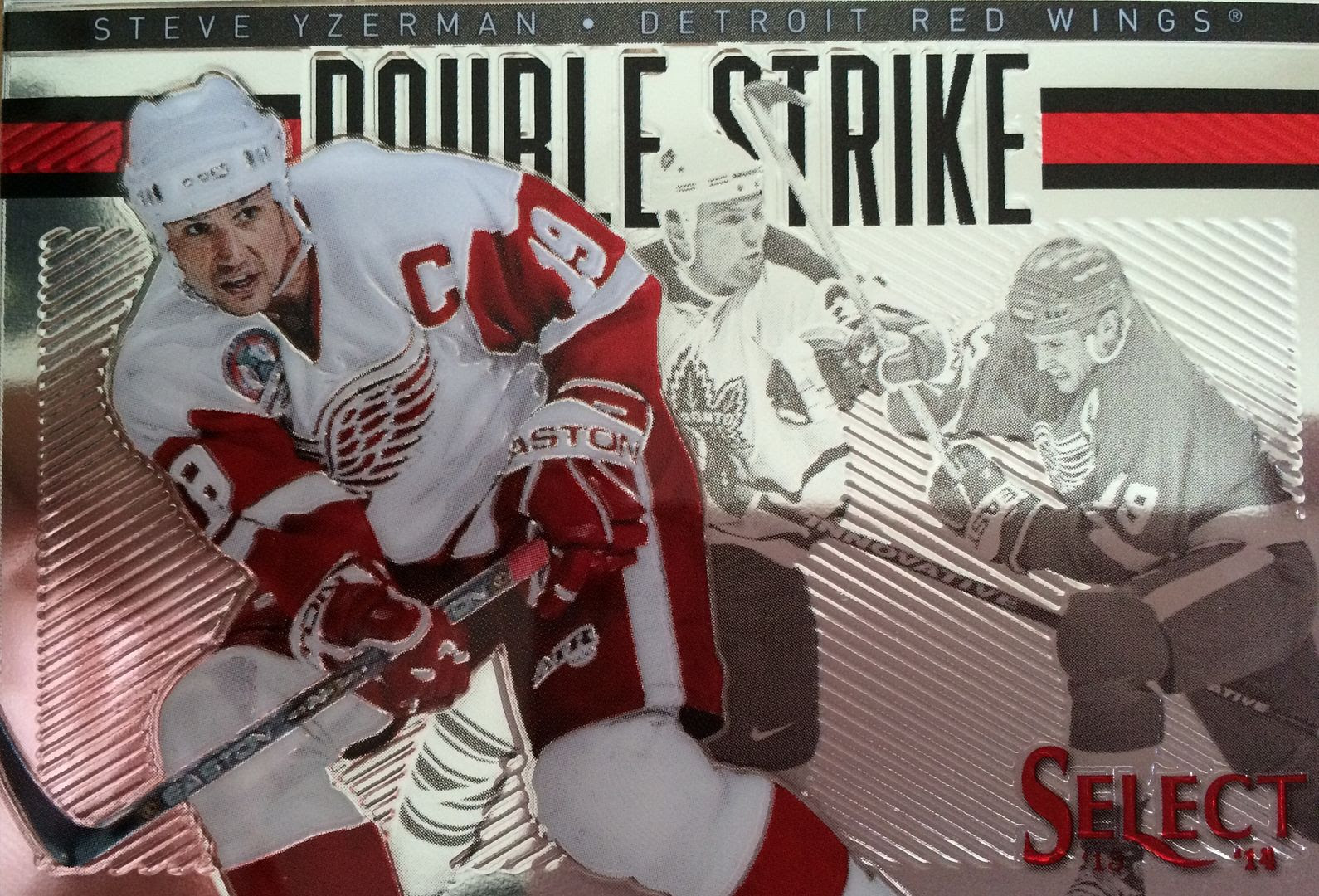 #1 - Steve Yzerman Card No. DS-10
My lone non-base card is this Steve Yzerman insert. You know it's a bad break when all you get is one insert card to show for your troubles. The only redeeming value is that Yzerman was an amazing player during his stint in the NHL.

Overall Value -
This particular blaster of Select did not turn out well for me at all. Though this blaster came heavily discounted, it still didn't reach a break-even point in terms of value. Select truly is a feast or famine product. It'd be hard to recommend unless the price was extremely reasonable.

Look for a new episode of Retail Review every Sunday!
Posted by luke. at 7:58 AM