I have to admit that Black Diamond is not one of my favorite retail products to open. Sure, there are the Rookie Gems to find, but the Young Guns from Upper Deck Series One and Two are much more desirable. And to be honest, the entire diamond tier system is getting a bit old. I'm not sure if collectors really are that a card is a dual, triple, or even a quad diamond. The excitement of that concept has waned quite a bit. 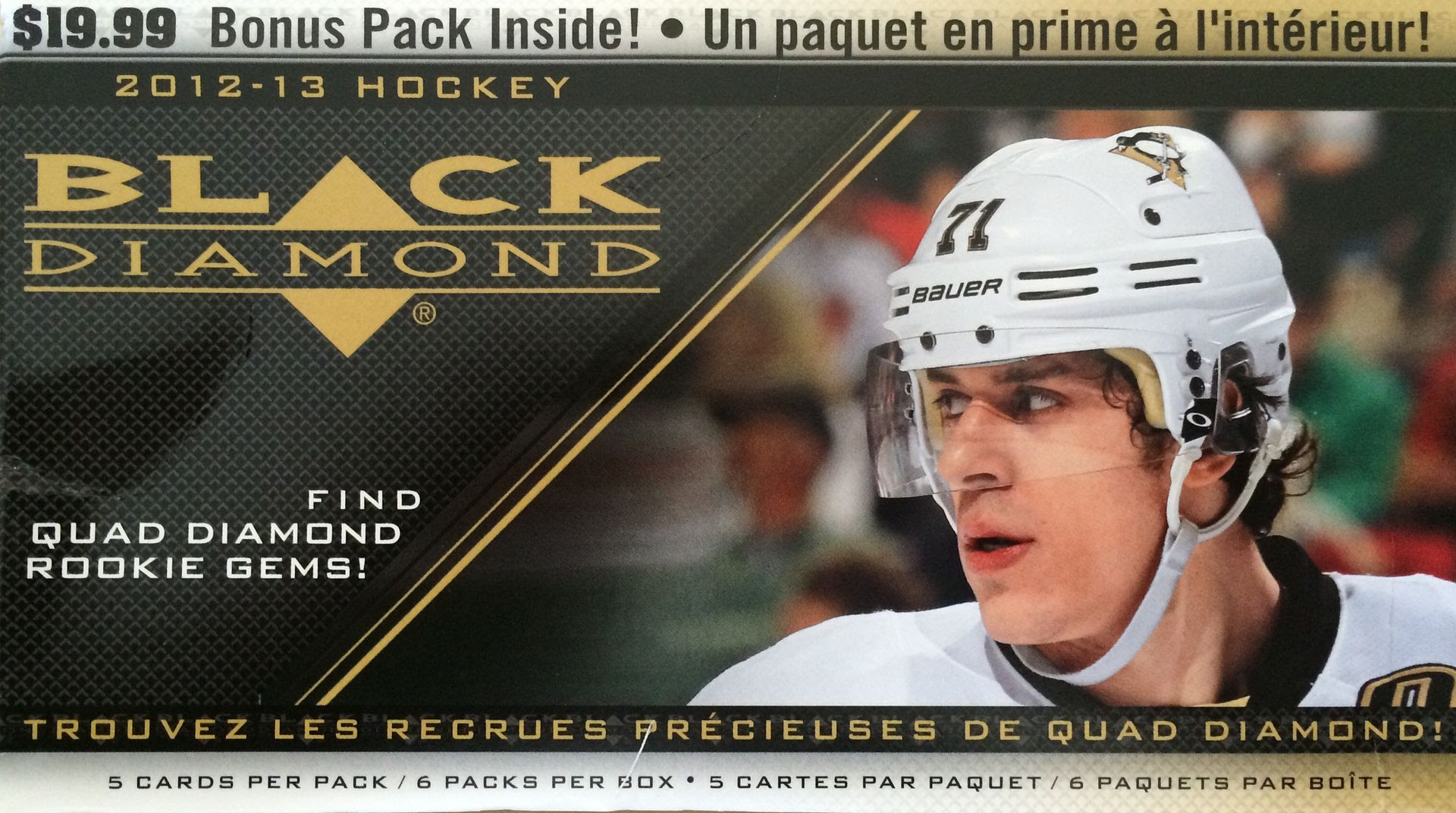 Black Diamond is in a class of cards that is ever-so-slightly more premium than Upper Deck's flagship sets in Series 1 and 2. The cards are all on foil board and have a very unique look that is a signature of the brand. This box usually brings out a few multi-diamond cards as well as a rookie card of some sort. It's pretty rare to find anything else - even jersey cards are very hard to find.

At the full price of twenty dollars, I usually shy away from this brand. I'm even pretty hesitant with the hobby version of it. But I got this box for under nine dollars, so I thought I'd give it a shot.

I'll go ahead and check out what this blaster brings me:

Review -
What a surprising blaster! This blaster unloaded quite a bit more than I was expecting. I guess it's good to have low expectations. Nearly every pack in the box had a multi-diamond or other type of card. I got quite a few single diamonds (common base cards), but I also found doubles, a triple, and a quad! I'm not going to get too excited about what I pulled because if this came out of hobby, it'd be a pretty bad break. But coming from retail, this is something I could definitely be satisfied with - especially at the price I paid. 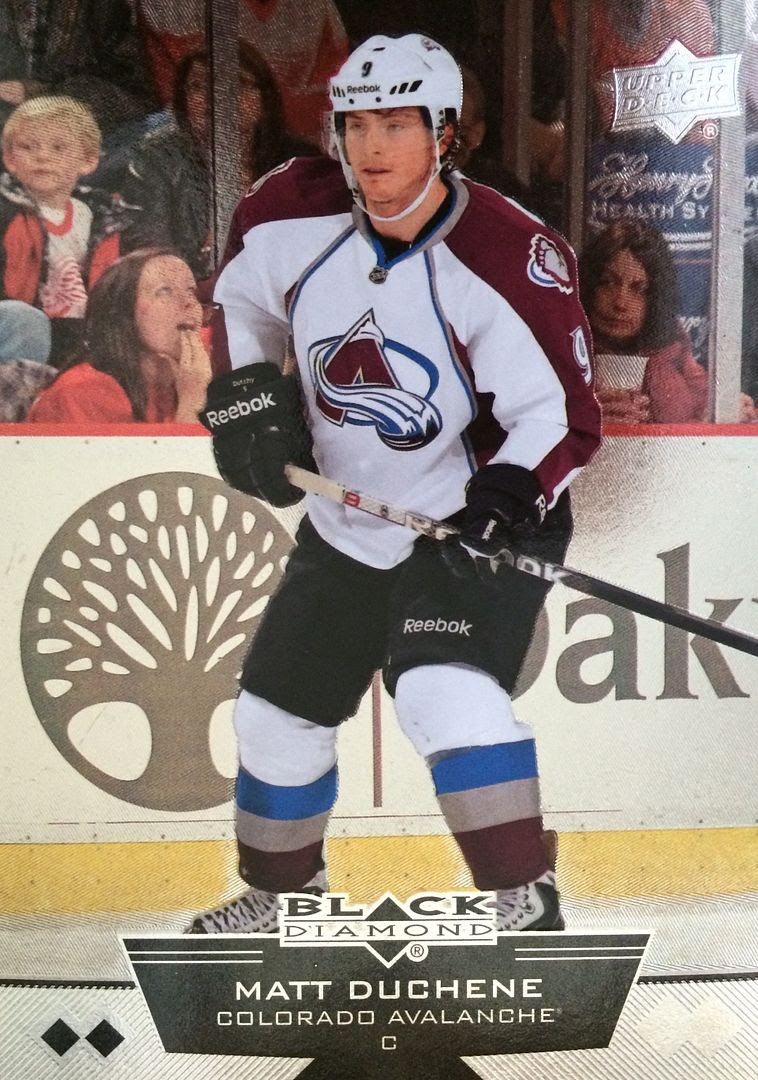 #3 - Matt Duchene Card No. 120
I had a Miikka Kiprusoff triple diamond in this break, but I chose Matt Duchene above him for this spot because I enjoy watching Duchene play. I also have fond memories trying to track down his rookie cards back when I started collecting again in 2009. His cards were commanding good money back then. 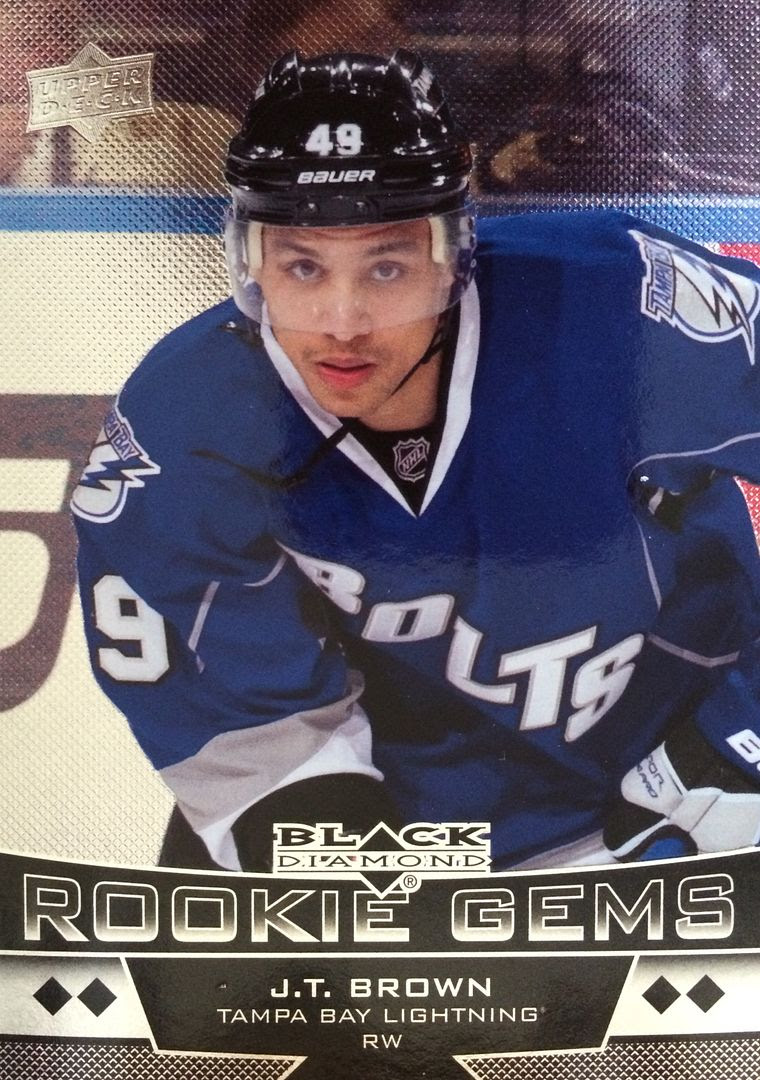 #2 - JT Brown Card No. 247
Brown is not a high profile rookie, but I'm happy to get a Quad Rookie Gem from my blaster box. The Rookie Gem cards have always had a great futuristic design to them, they just haven't taken off so much in terms of hobby love. 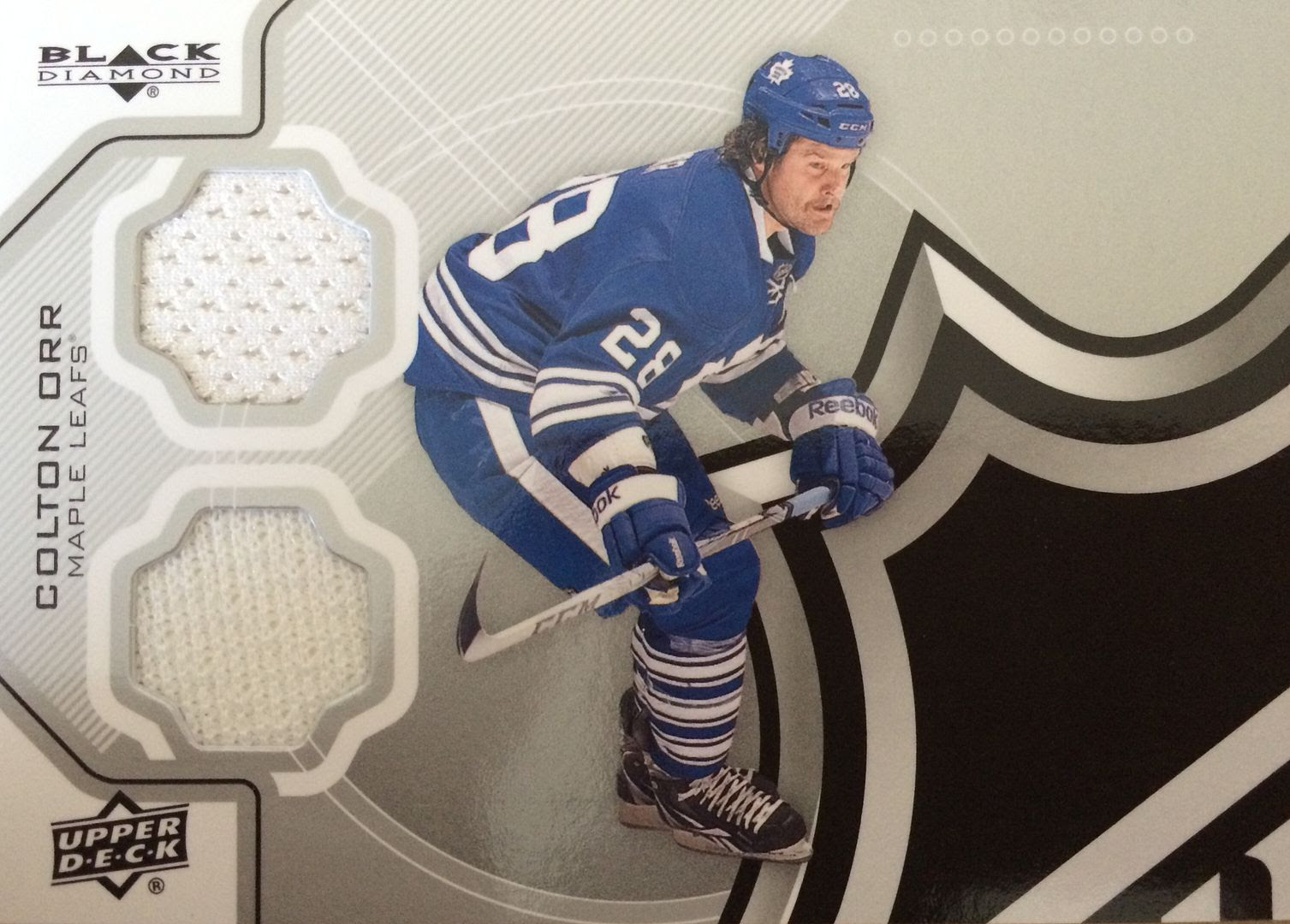 #1 - Colton Orr Card No. TOUGH-CO
I was unbelievably surprised to actually get a hit from this blaster. This Colton Orr card must be part of a four-card puzzle featuring the tough guys of hockey as indicated by the card's name/number. Probably not worth much, but I'm glad I pulled it.

Overall Value -
This was a good box for the price I got it for. There were plenty of multi-diamond cards as well as a dual jersey card. I can easily say I was satisfied with this blaster of Black Diamond - and that is not said too often!

Look for a new episode of Retail Review every Sunday!
Posted by luke. at 7:32 AM