I finally got really fed up with the stuff at Target... there just isn't anything to buy there! Many of my watchers ask for this and for that, but so many products available in Canada or hockey towns in the US are simply not available in mine. So I had to go out beyond the local brick and mortar store and dip back into the well that is cyber-space for my next round of Retail Review boxes. 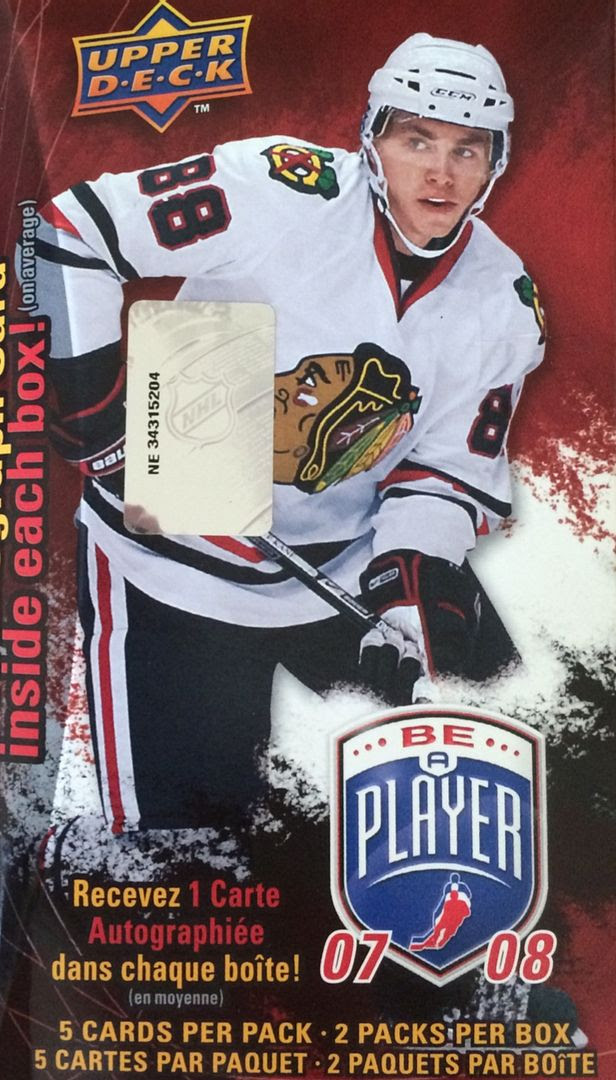 I went ahead and made an order from dacardworld.com. I haven't done this in a while because I really wanted to stick with getting retail products at the actual retail store, but it was just getting too darn hard... not to mention expensive too! You'll be happy to know there are at least a couple month's worth of retail products that have just come in so strap yourself in every Sunday morning for new Retail Reviews!

Today I'll be opening up a product I opened up a lot of previously. Be a Player blasters are great because they all feature one guaranteed autograph per box. The only 'bad thing' is that there are only two packs per box. It makes for a very quick rip.

To get this break a little longer I opted to open up the free bonus packs I got with my order in this video. The packs are from Panini Americana. I have not idea what's in these packs. Do they contain hits or inserts? We'll just have to see as they get opened up on camera.

Let's go ahead and see what comes out the blaster and loose packs:

Review -
The American packs turned out to be interesting. I didn't get any hits, but I believe I received a few inserts for my troubles. The cards actually look very nice. I really enjoy how Panini made the photo black and white while the bottom graphic is in color. It lends a very unique look to this set of cards. I got plenty of presidents, athletes, and astronauts in my packs. I didn't get a hit, but I wonder if there are even any available to pull from this set. I might have to go and do some research on it when I get some time. For people who really enjoy American history, I think this set gives a nice retrospective.

The Be a Player blaster definitely wasn't the best. BAP can spit out a good player or card once in a while, but most blasters will be like the one I got today. The autographed card did get top spot in my top three this week, but only because it was the only hit that came out.

Here are the top three cards this week: 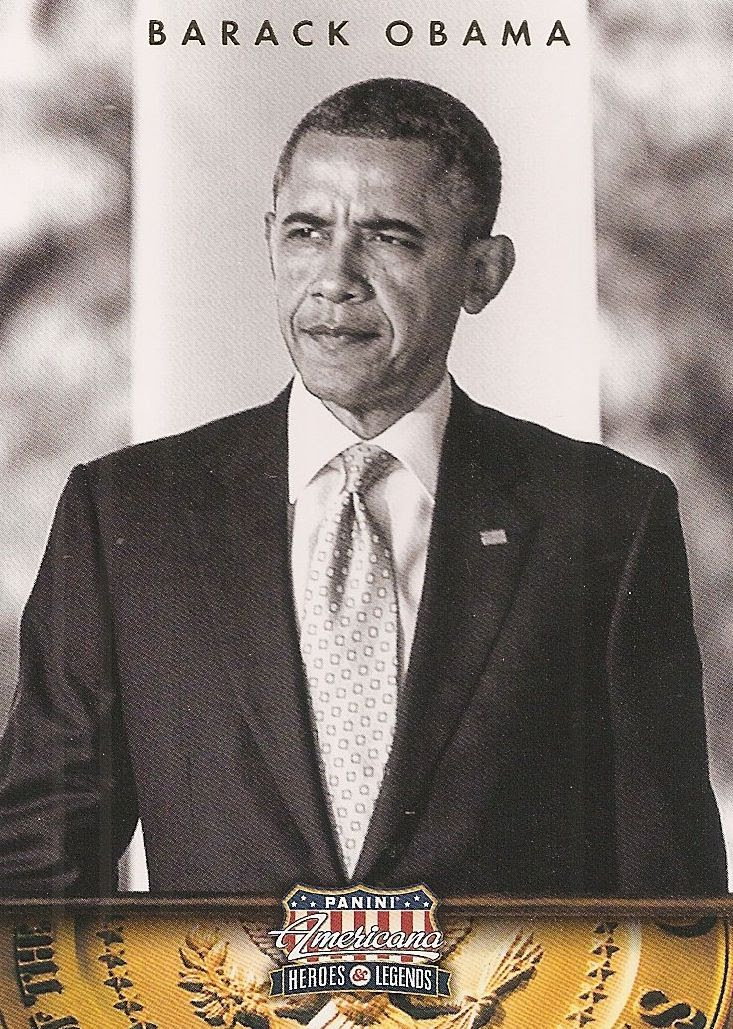 #3 - Barack Obama Card No. 44
Our current president gets the three spot this week. I don't think I've pulled a card of Obama's yet. These historic sets by card companies usually feature the presidents of the past, so I was surprised to see Obama here. As it turns out, the entire first part of the set are the presidents in historical order. 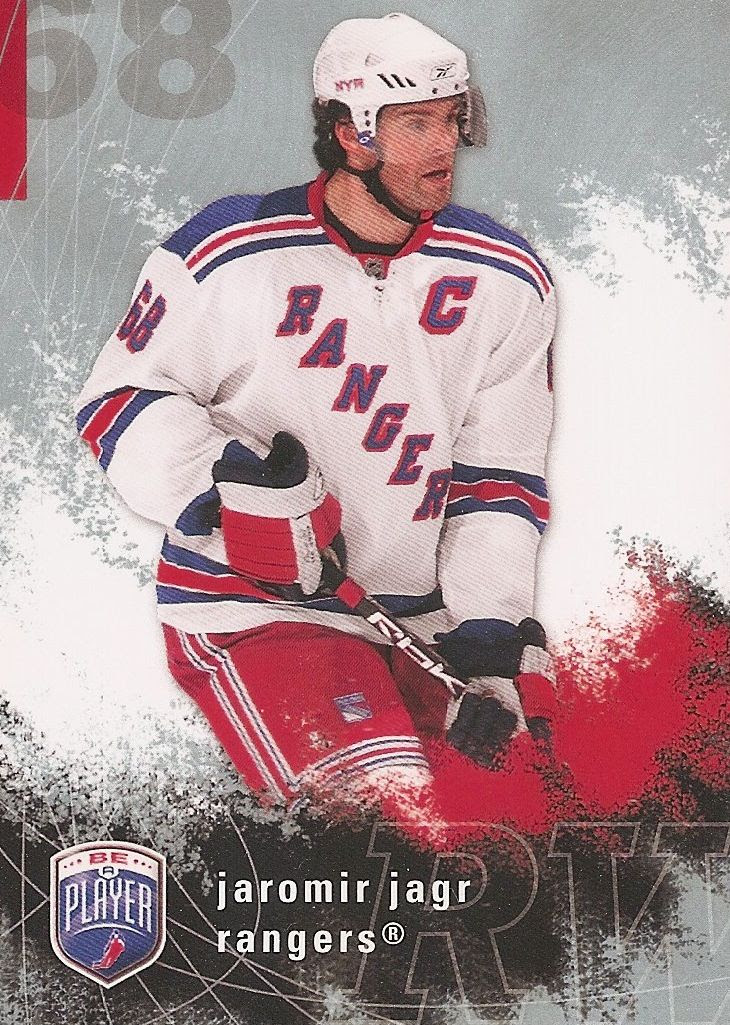 #2 - Jaromir Jagr Card No. 126
Jagr was probably the best player to come out of the Be a Player blaster. This card depicts him as the captain of the New York Rangers. Jagr is a already a legendary player so he definitely gets this spot in the top three. 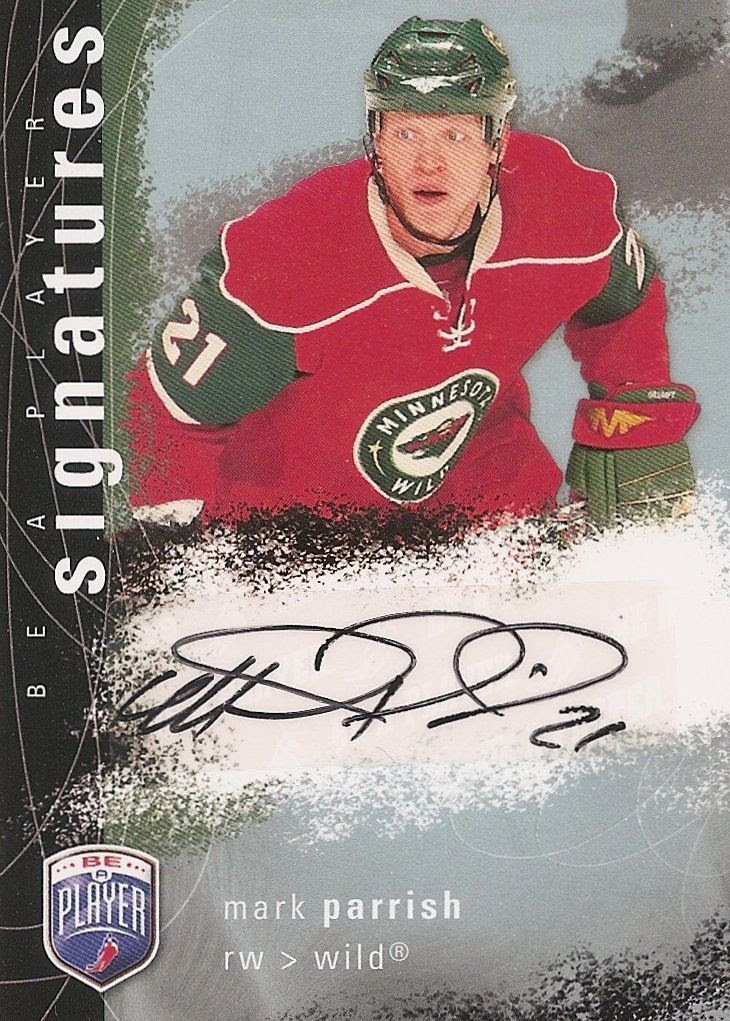 #1 - Mark Parrish Card No. S-PA
Mark Parrish gets top spot this week due to the fact that there is ink on this card. I would have loved to get a bigger name out of my blaster, but this is very typical of BAP blasters.

Overall Value -
The blaster price went up from about $10 to $13, so I think the overall value of these blasters dropped a bit in my eyes. I guess they are getting more rare. I still enjoy getting these blasters because the concept of one autograph per blaster is very appealing to me though. Would I still recommend getting these? Of course! As for the Americana... you just have to really like getting historical cards to buy into that set of cards. If relics or autographs were available to be found I think that set would be worth chasing. If not, I'd probably look to a set that did have hits in it. But I got them for free so I'm not complaining!

Look for a new episode of Retail Review every Sunday!
Posted by luke. at 6:59 AM