It's been a while since I've done an Upper Deck Series 1 blaster. I've been trying hard to get someone good out of Series 2! Well, I'm giving Series 2 a break today and going back to UD1. I'm convinced that UD1 is a stronger product than two. We'll see what comes out of this blaster, hopefully something good!

I've had very poor luck with Young Guns out of blasters... I just can't seem to pull the big names! Still I haven't gotten a Mackinnon or Hertl from a pack (in hobby or retail). Maybe they'll finally come out for me when the higher-end products hit the shelves. Well, I can only hope.

Upper Deck Series One doesn't have all OPC cards and all of its parallel variations in it... and in some ways that's a very good thing. Those cards can water down the set, and usually, rookie cards out of those sets cannot compare to the ones from the standard Upper Deck set. MVP base cards are here though, but that's ok.

So far this year there has not even been a jersey card pulled from an Upper Deck Series One or Two blaster for me. It's been a pretty big dry spell in terms of getting hits. One day this has got to change!


Review -
This blaster felt better to open than the Series Two blaster I have recently gotten. Upper Deck Series One just feels like a tighter product. I didn't get a whole lot of inserts and extra cards, as has been the norm for 13/14 Upper Deck, but I enjoyed the break and the cards that I pulled. This particular blaster had quite a bit of D-men for me to see. In fact, you'll get to see them all in the top three this week. 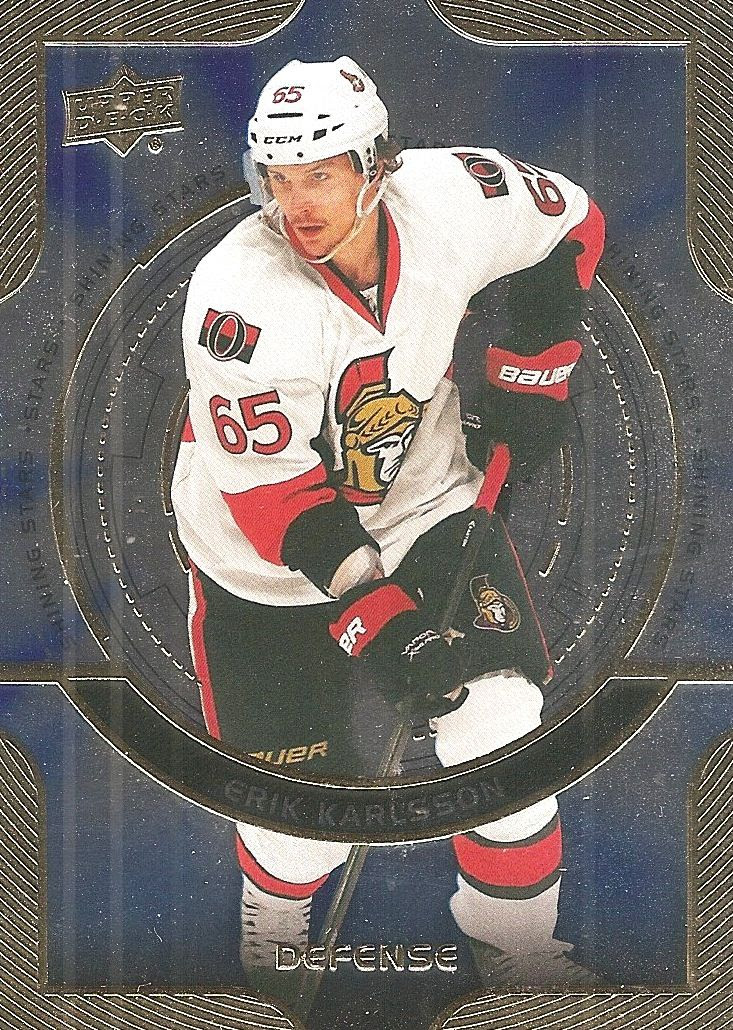 #3 - Erik Karlsson Card No. D3
I like these foil card inserts found in Series One. These types of inserts is what Series Two is missing. I feel that Upper Deck has definitely done less and less of these original looking inserts in the main line in recent times. Cards like these are great! 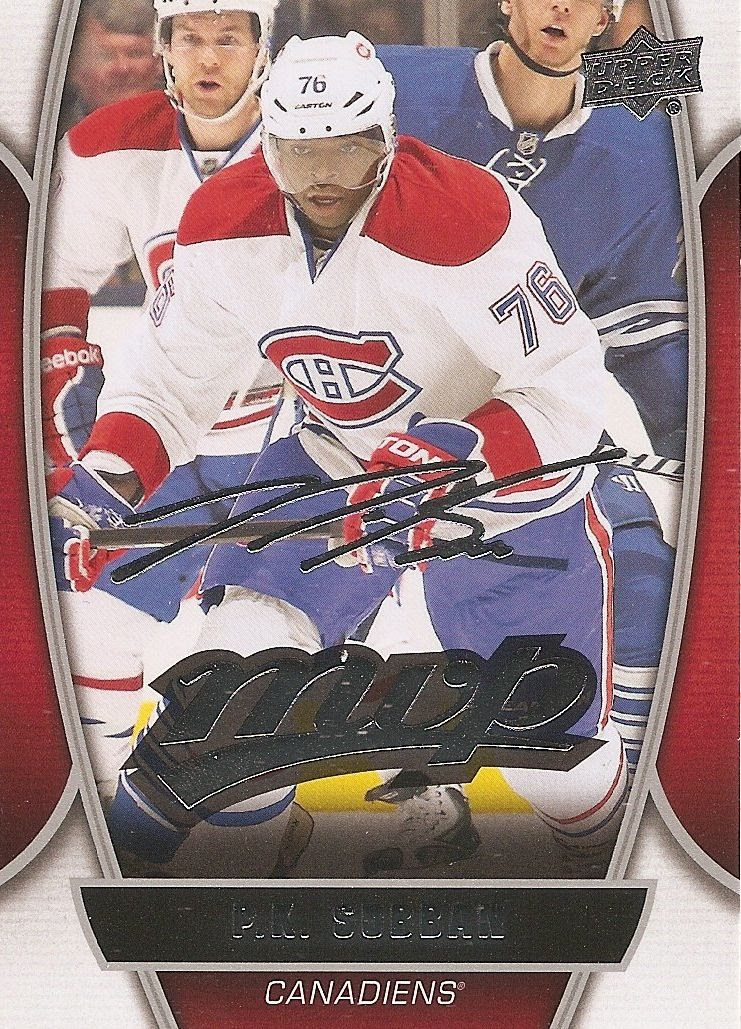 #2 - PK Subban Card No. 23
I always enjoy getting cards of players I collect or used to collect. Subban is definitely a polarizing player in the NHL, and having interesting players like that is good for the sport. 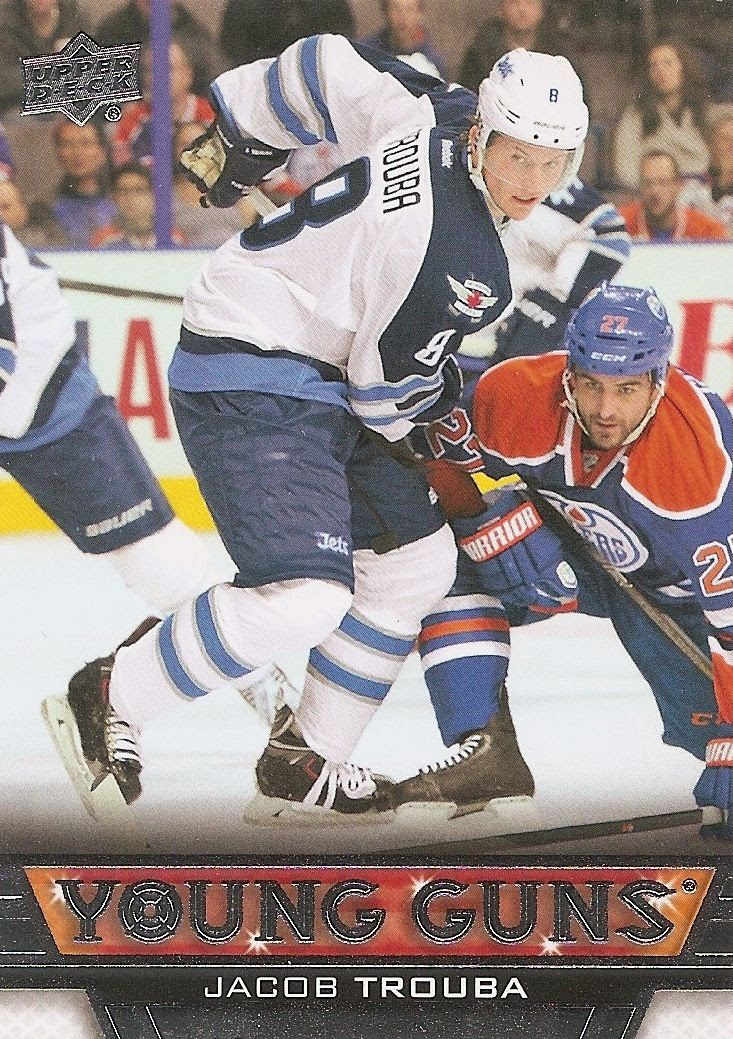 #1 - Jacob Trouba Card No. 237
Trouba is a top defense young player, and I'm glad to have his Young Gun. Usually defensemen hockey card values are low... but hopefully that trend will change as it has a bit with players like Karlsson and Subban recently.

Overall Value -
This blaster box was one that I was happy with. I was able to get some decent cards out of it, even though it wasn't a home run kind of a box. Home runs are definitely few and far between when it comes to retail products. But I'll settle for a box like this most of the time... some solid stuff out of here!