Hey! I can't believe it's Retail Review number 100! I guess I've done quite a few of these, yeah? Reflecting back on these retail breaks I can definitely say... STICK WITH HOBBY!!! Hahaha... no joke. When I started this whole thing I wanted to see how long it would take me until I got something good. Well, check out Retail Review #4 and you'll see something nice, but I'm not sure I've equaled that since then. Let's see what break #100 will give me!

I decided to get three boxes today for my one-hundredth episode of Retail Review. I thought that number was good as it matched my usual top three cards that I pick each week. This time, rather than going for the best overall three cards, I decided to pick one from each box I opened.

I chose to go with the Rookies and Stars blaster because of its price. At $12.99, it was probably the best deal of the bunch. 2012 was a great year for football cards, so this product was a no-brainer for me. The Bowman three-pack blister intrigued me because it is a relatively new product. I don't get to open baseball too much, so it was something that just wanted to give a try. Being a product with lots of prospects, it'd be good to have some cards that could possibly rise dramatically in value sometime in the future. The Target Re-pack was something I had to get in the mix simply due to it being a hockey product. I wasn't about to skip out on hockey for this one-hundredth episode!

Let's crack all the boxes open and see what cards come out:

Review -
So this wasn't the best break ever, unfortunately. The best box by far was the football blaster. It had a hit as well as numerous inert cards to pour over. If the football box was the only one opened, I think it would be a pretty good episode of Retail Review. Great value, fun cards!

But I did end up opening two more products. The baseball product was actually a nice rip too. It was just three packs, but it was cool seeing that '1st Bowman Card' logo on some of the cards. The three-card bonus purple parallel pack was a nice addition. I love it when companies do these types of things for retail products.

Sadly, the most disappointing box was the hockey one. There was just hardly anything of note in the entire thing. I found myself hoping and hoping that something would come out of the O-Pee-Chee packs, but that wasn't to be. My best card from this break was actually out of the 50-card extra box!

Here are my top cards from each of the three boxes: 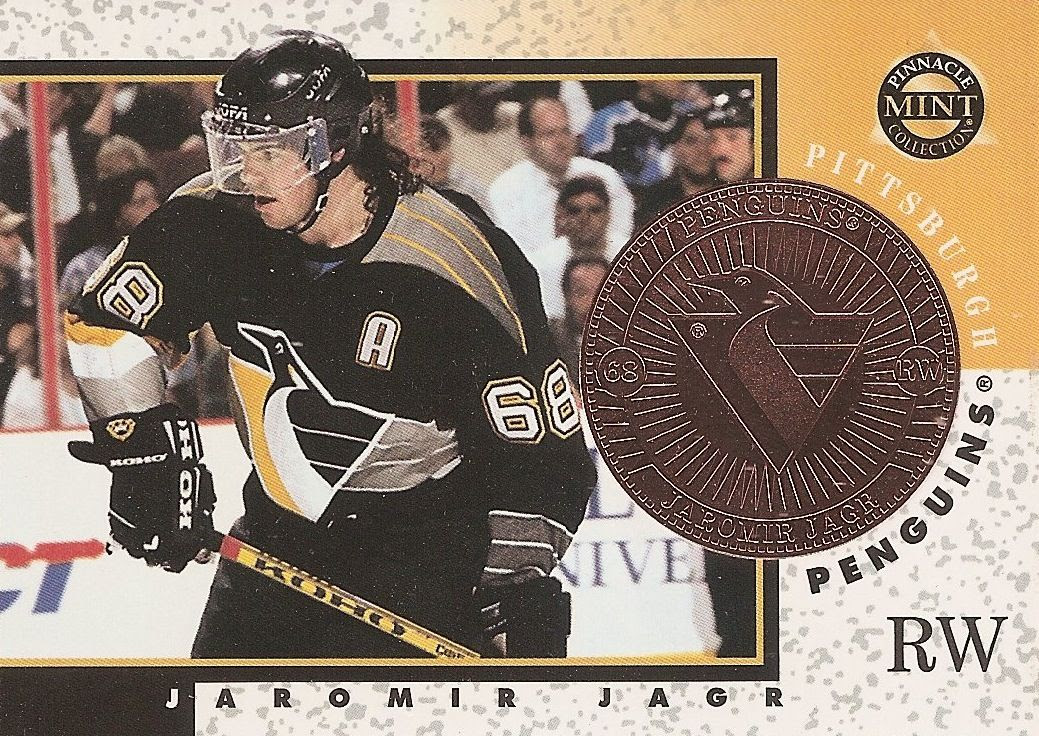 #3 - Jaromir Jagr Card No. 22
This was my favorite card out of the entire hockey break. If this was 15 or so years ago, I'd consider this a nice pull. Base cards were still alright at the time, and this one looks pretty nice. It's definitely not of any great value now, but I like it. 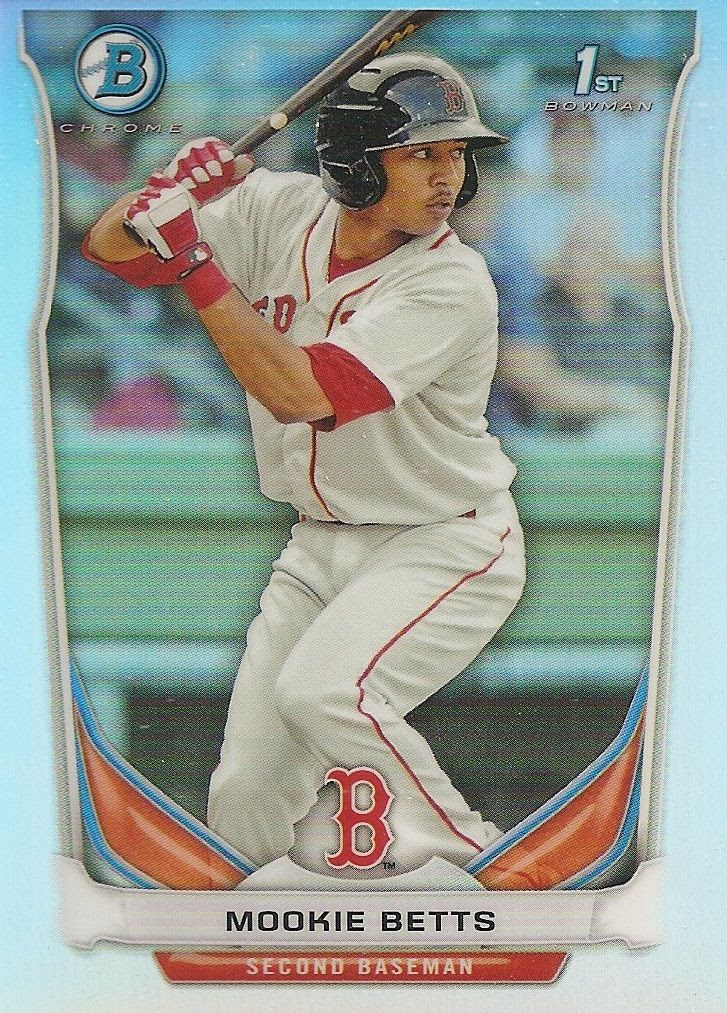 #2 - Mookie Betts Card No. BCP109
Baseball is the sport that I am least knowledgable in. I know a good amount of the current players and stars, but ask me about prospects and I'm pretty clueless. I checked up on Mookie Betts, and I found that his cards do have some decent value to them. Though this card doesn't have an autograph, it is numbered to just 500 on the back. 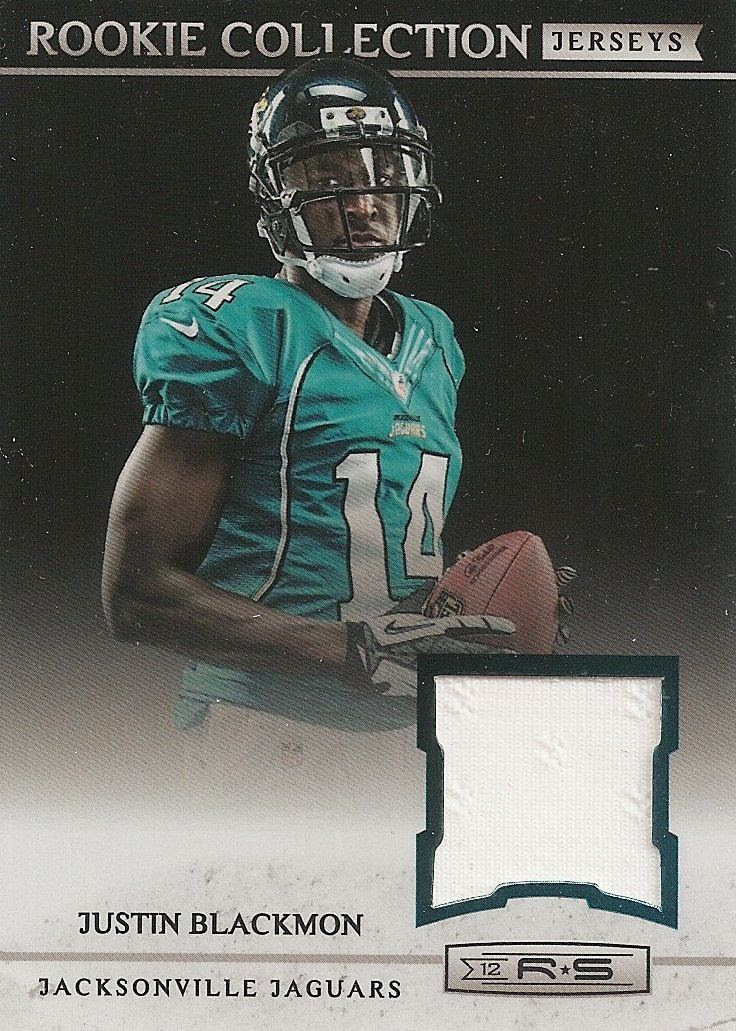 #1 - Justin Blackmon Card No. 21
My only hit of the break came out of the football blaster. I'm glad I got at least one hit out of all the products I broke today. The card is well-designed, with nice touches all-around. If this were a more normal Retail Review, I think the entire top three could have been from the Rookies and Stars blaster.

Overall Value -
Counting all three blasters, this was not a good value. I spent upwards of thirty-some dollars on a bunch of cards that are mostly insignificant. My suggestion is to buy retail products only in smaller amounts, or get blasters that are known to have something in them - you'll definitely feel better about them!

I hope you enjoyed this episode of Retail Review, I hope there are many more to come.

Look for a new episode of Retail Review every Sunday!
Posted by luke. at 6:22 AM