A few people have been wanting to see another Target re-pack, so here it is! I haven't gotten these since they ran out of the Trilogy ones, but they are cheap enough and can be pretty fun to open. Usually there are some interesting cards to look at and enjoy. I'm definitely curious as to what will come out of this re-pack box. 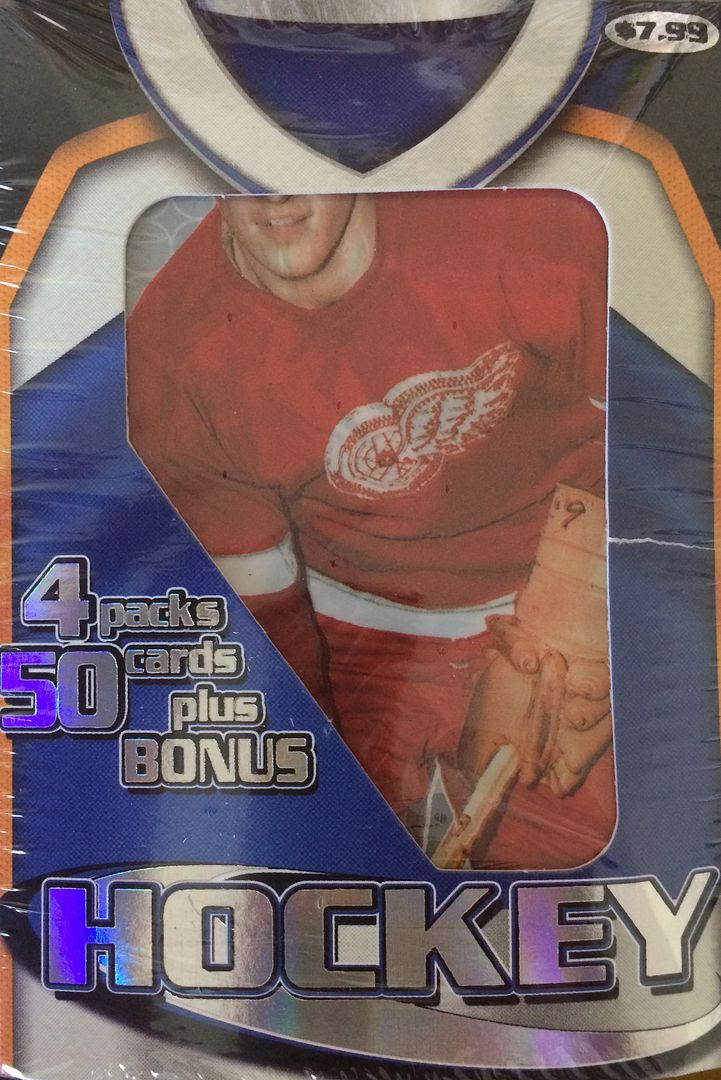 I chose this particular re-pack box because it felt a bit heavier than all the rest. The box itself was also sort of bulgy. Those factors prompted me to buy this box. This reminds me of those who pick a pack because it looks bigger than all the rest... of course, sometimes fatter packs just contain a decoy and no hit. Hopefully this re-pack of cards will actually have some good stuff in it.

Both sides of the box show O-Pee-Chee packs, so that doesn't bode well, but there's always hope! Even if it's just OPC packs, it'd be OK with that. They would be better than getting those old Hoops or Skybox cards from the early 90's in the basketball re-packs.

Let's find out what packs are in store for me inside this box:

Review -
Well, there really wasn't much to this re-pack box. As it turned out, all the packs inside were OPC packs. I think I was hoping that there would be an Upper Deck Series 1 or 2 pack inside, but that wasn't meant to be. Though they were all OPC packs, I was a bit surprised to find a rack pack. That was what made the box bulgy. Rack packs are cool because they give you so much more card content... but they popularity of the rack pack has gone down considerably.

All you really get in rack packs are a bunch more base cards. I guess if you're a set collector, that might be good. And for OPC, that makes sense because the set is so big. But for people who don't want base cards, rack packs cost more for things you just don't want. There was a time when card companies put rack pack exclusive cards in, and those cards carried a good value to them. But alas, that's not what is is now. Though they are big and giant and seem fun to open... I would pass on rack packs at the store now.

The rest of the cards in the box were a mixed bag of stuff. The bonus card turned out to be damaged, but that's not a surprise given this has happened quite often in these boxes. They should just put a random jersey or autograph in a toploader for the bonus card. That would makes these re-packs so much better!

Here's what I picked out as today's top three: 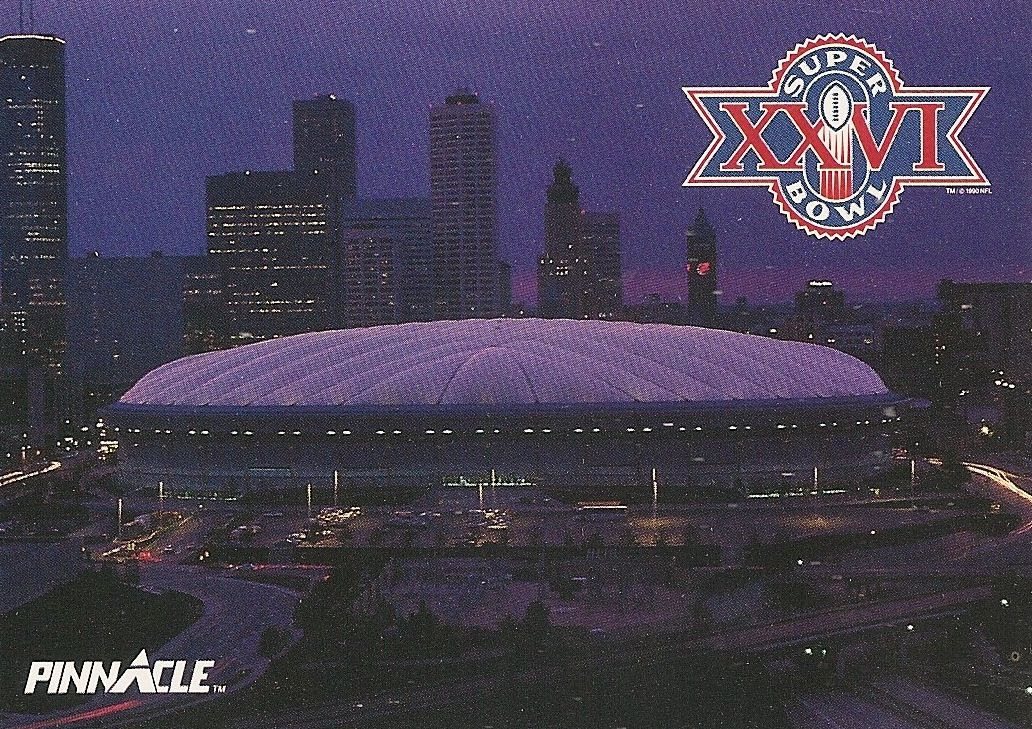 #3 - Select Super Bowl Records Card No. 389
This top 3 selection won't contain anything mind blowing. This first card gets the nod for the number three spot as it is an error of sorts. This card is a football card with statistics about the Super Bowl. Whoops! Isn't this a hockey product? 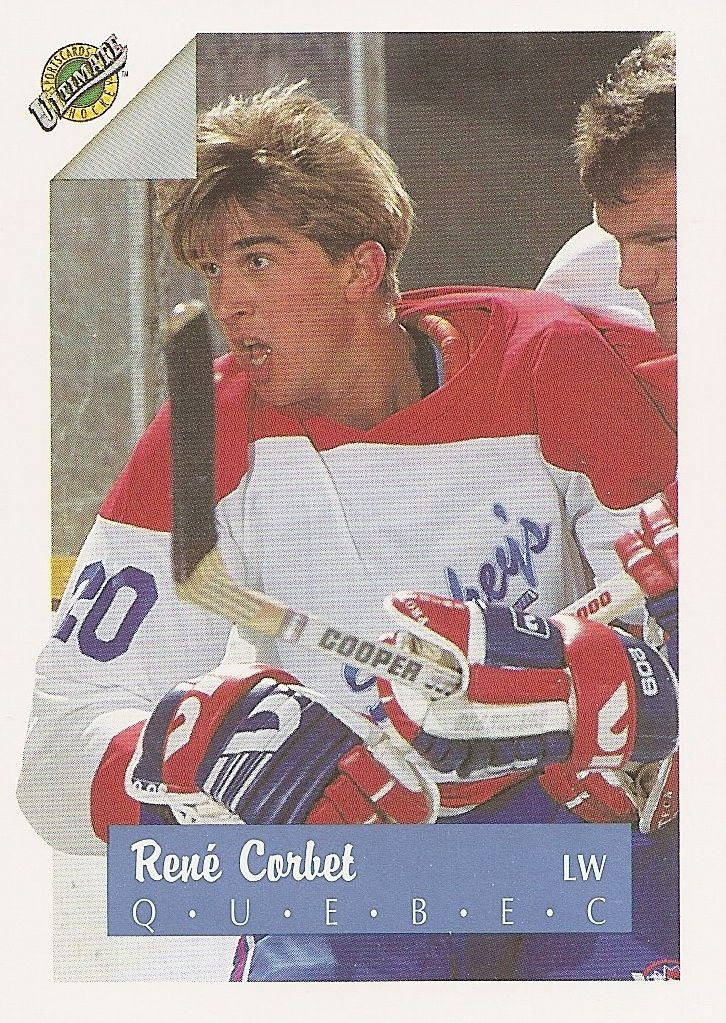 #2 - Rene Corbet Card No. 20
I chose this Rene Corbet card for the sheer fact that his facial expression is priceless. I see these cards all the time in the 50-card bonus box, and I have no idea how whoever made these cards chose these photos. They are some of the most awkward I've ever seen. 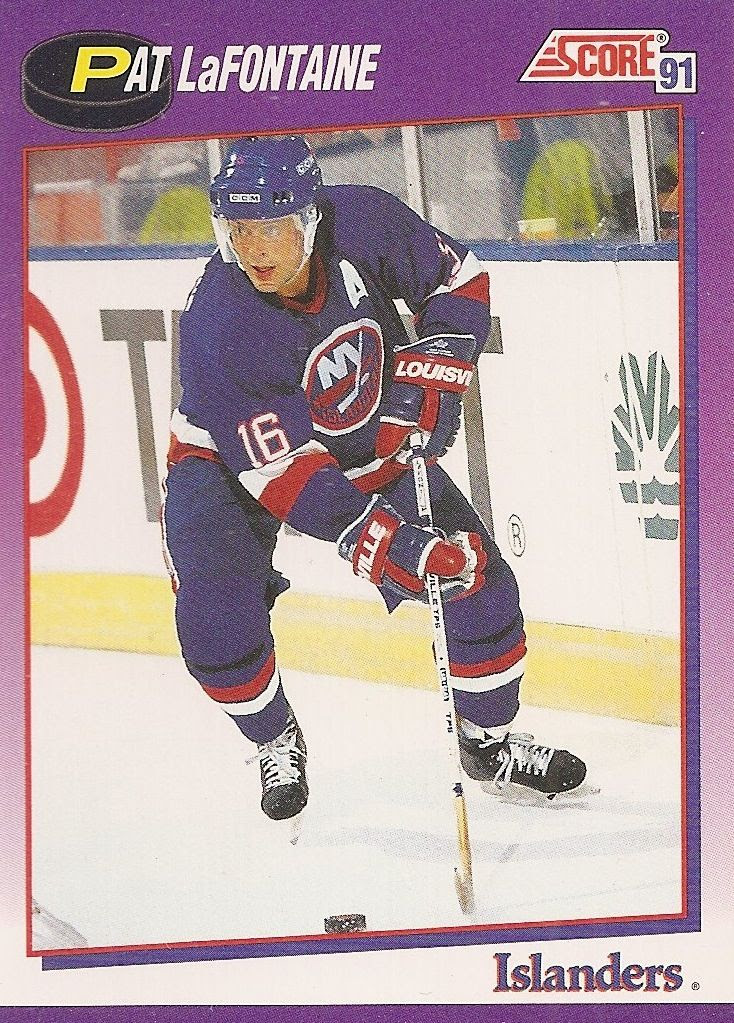 #1 - Pat LaFontaine Card No. 260
It's a bit sad when the best card of the box is a mass produced base card that can be found for less than a dollar. But I do like Pat LaFontaine, and I'm happy with this base card. He's a minor PC of mine, and getting cards of PC players is always fun.

Overall Value -
I didn't pay too much for this box, and I definitely didn't get much for my troubles here. Nothing came out of this box that was of any real consequence. The most interesting things came out of the 50-card bonus box... and when that happens, you know it was a weak break. I am a bit hesitant now to get any of the other re-packs on the shelf. They all have the same OPC pack configuration in the window.

Look for a new episode of Retail Review every Sunday!
Posted by luke. at 7:50 AM