One of my favorite Panini products, Crown Royale, is finally back for hockey. Last year it was not released due to the shortened season - we only got a glimpse of the set sprinkled into Rookie Anthology. Thankfully, hockey collectors get the full product this year, and I'm happy to rip into a box and find out what this year's release is like! 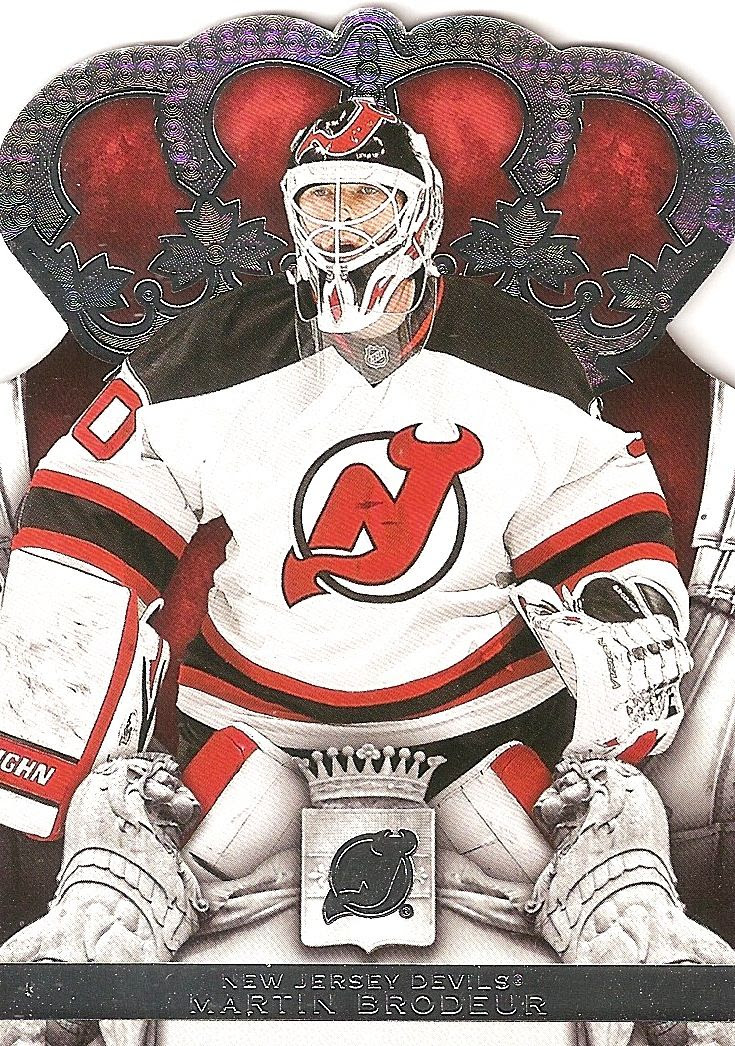 Base Card Design -
I recently reviewed Crown Royale football, and I was a bit afraid the base cards would be the same as those. The football base contained a lot of white space that detracted from the regal look of the product. This hockey version does not have that problem. The base cards have rich, bold colors and the perfect amount of foil. Panini wisely chose to stick with a tried and true look to keep the base cards in line with what collectors expect from Crown Royale. I think this is especially important as Panini will not be making officially licensed products after this season... it's nice that Crown Royale can go out with a design that perfectly fits the brand. I'm really going to miss these base cards in hockey.... they are definitely the most unique and eclectic cards out there. 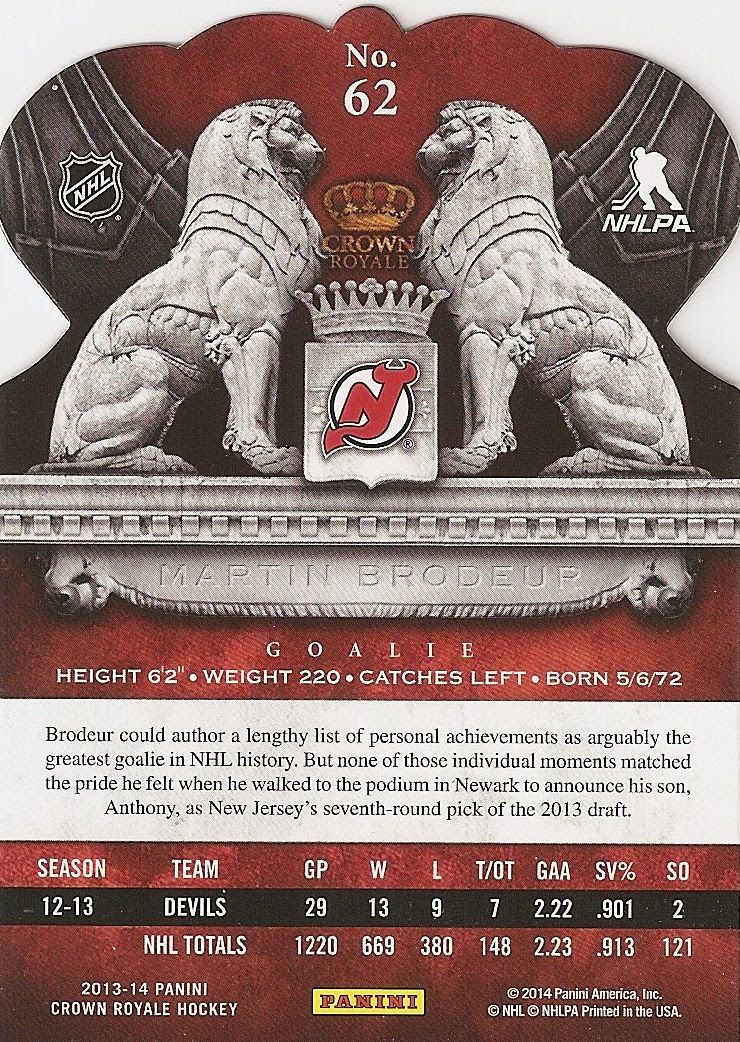 The back of the base card is great. I love the stone creatures that surround the team logo. The entire top portion of the card is all about the theme of Crown Royale. Sure, there is no player photo here... but the design aspects of the card do not warrant it. The Crown Royale backs work wonderfully well and are 100% appropriate for this set of cards. 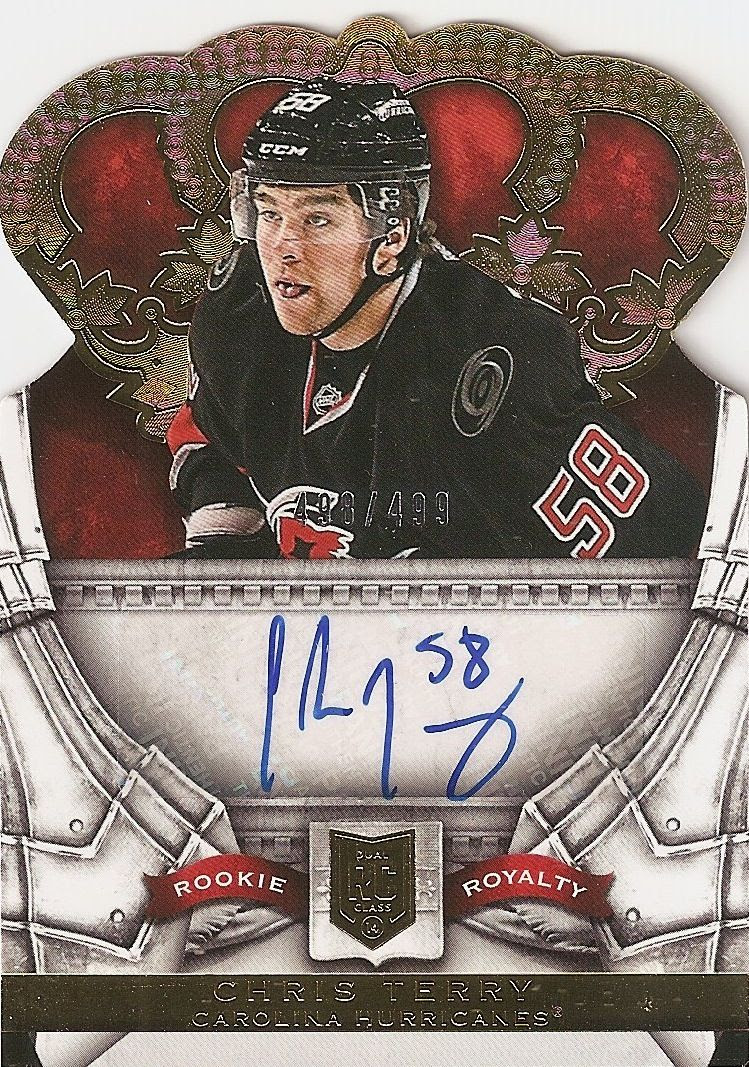 Rookie Royalty rookie cards can be found in the main set of Crown Royale this year. Some, like this Chris Terry above, have an autograph on them. These cards differ from the base in a few ways. First, the foil is gold rather than silver - a Rookie Royalty banner is added, as well as an extra graphic to house the autograph. Lastly, these cards feature serial numbering. The standard card is numbered to 499, but parallels numbered to /99 and /1 can also be found. 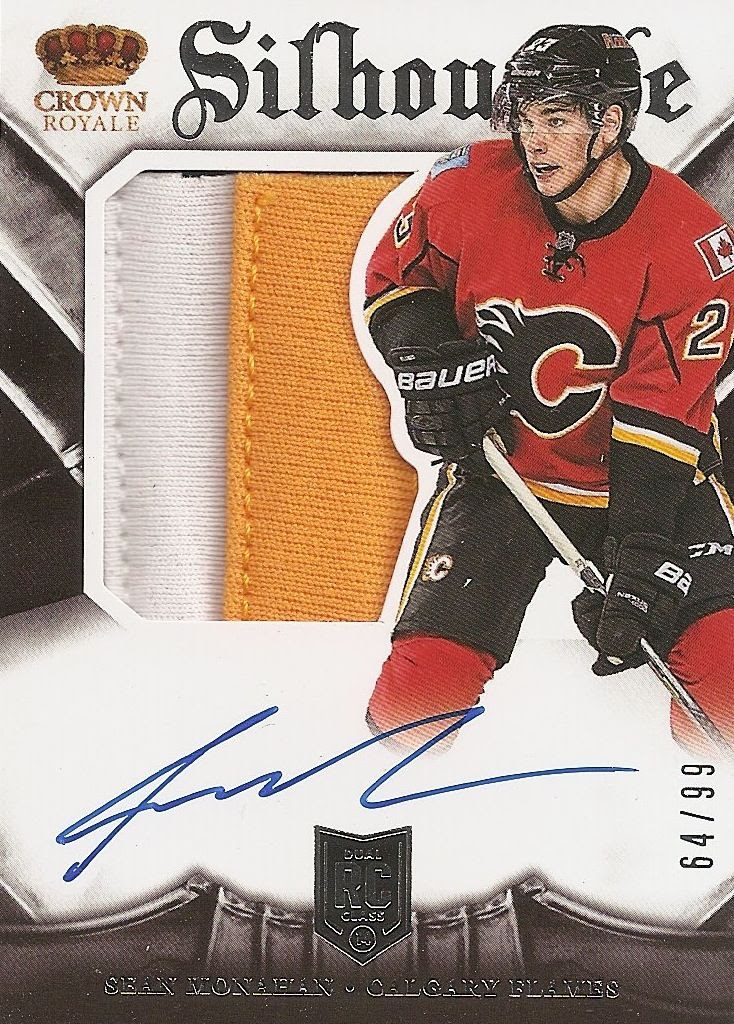 The super-popular Rookie Silhouettes are back this year and they are all numbered to just 99. Collectors are really into these cards as they look great, feature a large piece of memorabilia, and have on-card autographs. This year's design is very pleasing to the eye as all the features blend together in a nice way. I love the look of these cards, and it's a thrill to pull one. I know they will be one of the most sought after card types once again.

Inserts/Game-Used/Autos -
Boxes of Crown Royale have only four packs, but each pack holds a hit. The box states that at least one hit will be an autograph. Every card in the box of Crown Royale will have that special royal elegance that this product is known for, but as with all products, collectors will find regular jersey cards quite plentiful. 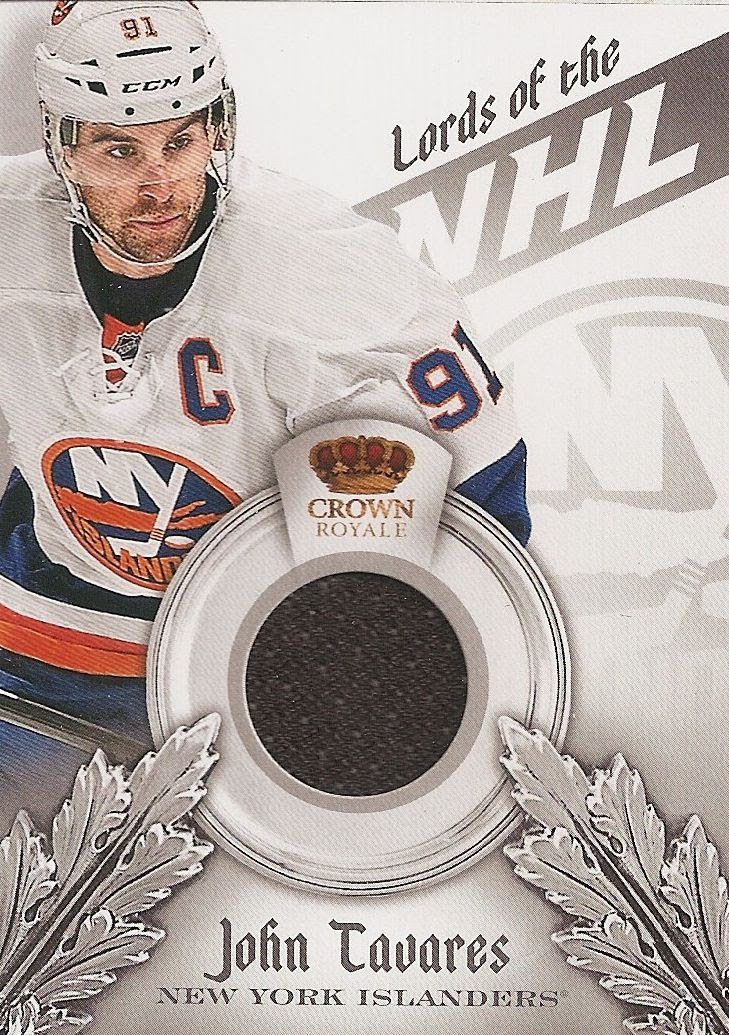 The Lords of the NHL is a memorabilia set that features just a small piece of jersey. The look of this card is different than most of the cards within the set as the primary colors are white and gray. It makes these cards look a bit more stark... but not in a bad way. These cards stand out to me as a nice contrasting subset within the whole of Crown Royale. My only issue with this card is that most collectors will overlook simple jersey cards like this. Prime and patch variations with very limited numbering are available, which might perk up some interest, but the space given for the memorabilia pieces is quite small, so that limits how cool a nice patch piece would look on this card. 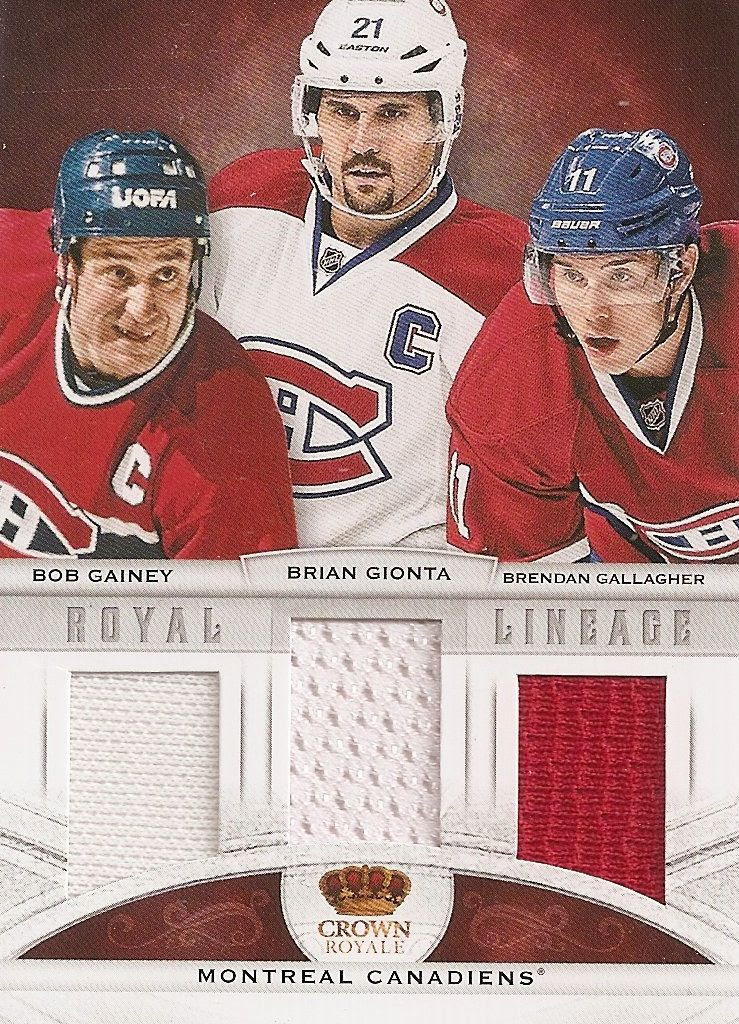 The Royal Lineage cards feature triple the amount of memorabilia. This memorabilia set does a nice job of combining players of old with current and new players. The standard jersey version of this card is unnumbered, but the prime and patch versions are to /25 and /10 respectively. Collectors will find team centered cards like this one of the Montreal Canadiens as well as country themed ones.

Overall Rating -
This year's Crown Royale is another sweet offering from this proud brand. The main draw of this product will be the Rookie Silhouette cards. They again look spectacular, and if any rookie that takes off in the near future, the Silhouette will be one of the hottest cards to track down.

Crown Royale is a great looking set with great looking designs on all their cards. The set is flamboyant and loud... and proud! You've just got to love the panache of the set. That being said, I think collectors will balk a bit at the amount of plain jersey cards found in Crown Royale. I've seen many breaks of this, and there are a lot of these 'filler' type cards - I pulled two in this box!


Check out my box of 13/14 Crown Royale that I opened up at D&P Cards in Sacramento, Ca: