Cardboard Commentary #46 (My Most Wanted Cards)

I think every collector has their sights set on a few 'holy grail' cards that they want to add to their collection. It's cool that every collector has different wants and desires. One person's ideal card might be a card with low serial numbering, a patch, and an autograph while another's might be a vintage card in a high grade. Here are my top cards that I personally would love to add to my collection one day - I've picked one for each sport. 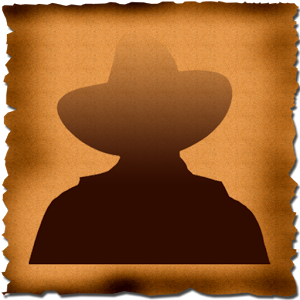 Why the '89 UD Griffey? I could probably purchase one for not too much money now on eBay. Well, that was THE CARD when I started collecting... and it's still one of the most iconic cards in card collecting history. Of course it's no Mantle or Ruth or some such, but it was the card that launched the modern era. And you're probably wondering about the Canseco too. You've got to understand that Jose Canseco was the most popular player before Mr. Griffey Jr. came along. He combination of speed and power were a thing to behold. Everyone I knew wanted a Canseco rookie. I dreamed about owning that card. And now? I still want it, but I don't want to pay the $50-$75 dollars for a top grade one.

Both my football card wants are 49er legends. Super Joe was the man in the 80's, and some argue that he was the best quarterback of all time. His ability to win, his cool personality, and his overall image were second to none. When I got into football, he was just getting into the last stages his career, but living in San Francisco I knew the legend of Joe. Steve Young was actually the Niner quarterback that I grew up watching the most. I loved his underdog-type image, and was elated when he got out of Joe's shadow by winning a Superbowl of his own. I really think the '84 USFL Young rookie card is something unique as it is kind of an odd release.

Basketball - 1986 Michael Jordan Fleer Rookie Card in PSA 9 (or better!)
Runner up: Michael Jordan Autographed card (any NBA licensed with him in a Bulls uniform)

If you follow my videos, you'll know that the 1986 Fleer Jordan is my most wanted card of all time. The card looks great - from the design to the photo. It is amazing. I'd be very happy to have a PSA 9 version of the card, but a 10 would be an absolute dream to own. PSA 9 is something I could save up for though... the 10 is in out-of-reach territory. And as for the autograph... I'd love any licensed card with his on-card autograph. It is so hard to find Upper Deck autos of his with him in a Bulls uniform. There's just too my North Carolina stuff out there since UD lost the license. Man, MJ ink would be awesome to have.

With this list of cards, you can obviously see I tend to go more old school than new. And the same goes for hockey. Wayne Gretzky is The Great One, and I want his rookie card in a high grade. Gretzky rookies go for a lot of money in high grade, so picking one up is a tall task. I actually don't really have any other holy grail of hockey cards on my want-list. Of course I PC Logan Couture and the Sharks, but there is nothing there that really stands out and speaks to me like the Gretzky would. I guess I would have said an autograph of Gretzky's would be great to have... but I have one already. It's not on-card, but it's still a very nice and very low numbered card. So I'm happy with that.

What are your top wants in terms of cards. Are there cards that you consider to be your holy grails? I'd love to hear about them. Let me know what you'd want in the comment section!
Posted by luke. at 11:42 PM