Cardboard Commentary #43 (Those Darned Base Cards)

Before autographed cards, memorabilia cards, parallel cards, or even insert cards... there was the base card. And in fact, it wasn't called the base card... it was just 'card', thank you very much! One set of cards came out each year and most players just had a single card. And collectors would try to complete an entire set of cards (usually a very large set of cards) in a season through the buying of wax packs and by trading with friends. Well, times have changed, and I think the way base cards are done should also change. Here are some of my ideas as to how the hobby can adapt to changing times. 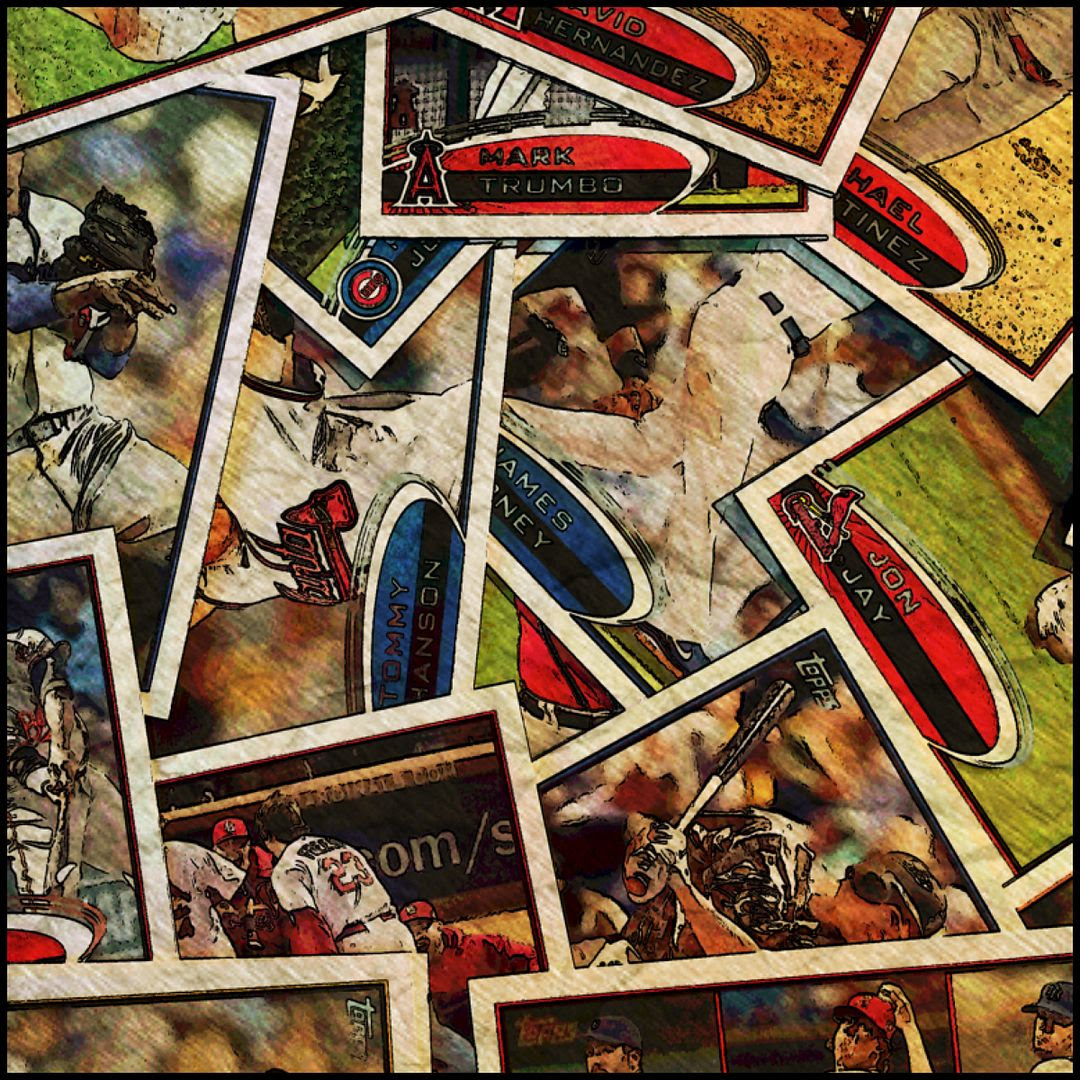 When the typical adult collector buys cards, he or she will typically rifle through the base cards looking for the hit (autograph, parallel, memorabilia, insert) with little to no mind in regards to the base cards. Some older collectors may frown upon this, but that's just the fact. AND IT'S OK. There is really no way to make someone care about base cards. There just isn't. So the solution is not to try and change people's minds. The solution may be to change how base cards are done.

I'm not proposing to get rid of base cards. I think base cards are important because they are the foundation of the hobby. Long ago, getting a base card of a star player was like getting a hit. In the past, if you got a Wayne Gretzky or a Michael Jordan card, that was a successful pack. If someone gets a Crosby or LeBron base card in a pack, nothing may even register in terms of excitement of the pull. In fact, if there is not hit, there is not excitement no matter how awesome the players you got in the pack were. So what can be done?

Like I said, base cards are the foundation of the hobby. I think putting out big base card sets like O-Pee-Chee and Score in hockey are necessary. In baseball, the standard Topps set is a model for how modern large sets should be done. Having an all-encompassing base set helps keep the history of the sport alive through cards. It also keeps the traditional hobby sensibility alive. These sets tend to be cheaper to buy, and thus kid-friendly. But this model should only be applied to lower-end sets. Mid to higher-end sets should be treated completely differently.

Collecting cards started off as something for kids to do, and these big lower-end sets keep kids in it. What Topps has done in baseball is add in rare variant cards as well as the chance for an autograph or memorabilia card once in a blue moon. These extra goodies allow the more serious collector to have an interest in this lower-end product. Though packs may be cheap, the prospect of pulling an ultra-rare autograph of a star or hall-of-fame player is always good. And for a young collector, pulling something like that out of a pack would be unforgettable.

So I say keep the big sets, but make them interesting with the chance to pull something good on the rare occasion. I would follow Topps' example of having a lot of cool subsets and inserts to pull as well. Creating unique base set designs that are memorable would could only help make collecting these sets more fun and desirable.

For mid-tiered sets in the hobby, I suggest a radically different approach to the base card. The hobby is flooded with mid-tiered sets that cost between $7-20/pack with boxes costing about $100 each. Most products fall into this category. If you look at these products, they all spit out about 3-5 hits per box no matter what the pack configuration is. In terms of hits per box for the price, they are all in the same boat.

In hockey, you have sets like SP Authentic, SPx, SP Game-Used, Crown Royale, Contenders, Limited, Ultimate Collection, and the like. Who here collects the base set from these sets? Well, I know some do. But it's definitely a more rare for collectors to go all in getting sets of these base cards. These are usually the cards that collectors leave behind at the shop after all the hits have been collected. These are the cards that go into a big box and sit in a closet for forever.

Super high-end products like The Cup and Dominion already limit the base cards to one. And they are not necessarily highly collected base sets, but those high-end cards are a different story.

Super high-end products only come with one base card, but with products like those, the hits completely overshadow the base. Also, the extreme price of those packs ($300-$700) makes even wanting to get the base set a scary proposition. But if you want your favorite player's base card from these super high-end products, it generally isn't too hard to find or get. And a lot of collectors don't really care about them too much.

Panini recently released the most ridiculous high-end brand in basketball - Flawless. Each base card had an embedded jewel inside. I have to tell you who don't follow basketball cards... these cards command high prices. And these cards are more desired than many of the patch and autographed cards found in Flawless.

I'm not saying to put jewels in all the high-end base cards... but perhaps having base cards at the highest levels include autographs or something else that is very unique and special would be appropriate for the highest-end cards. Making the high-end base worthy of high-end collector tastes would be quite a feat. But it is not impossible as seen in Flawless late last year.

So in summary, here are my ideas for each level of product:

Low End.
- Make large sets of base cards that include a comprehensive checklist of players
- Include subsets and variations cards to add variety
- Make rare autographs or memorabilia cards available to find (perhaps one-per-case)

Mid End.
- Put a strong effort into the design of the base card
- Make the base card only one-per-pack
- Continue to put in cards that collectors want at this level (ex. SPA should continue with FWAs)

High End.
- Continue one-per-pack base card idea
- Make the base card a hit too by adding something unique to it
- Potentially have the base card more desirable than some of the other hits in the product

So what do you think? I'm curious to see if you agree or disagree with me. Some of my ideas may be very radical, but I think the hobby needs a shake-up, and base cards are the foundation of the hobby. So why not start there? Let me know your thoughts in the comment area below.
Posted by luke. at 4:09 PM