Cardboard Commentary #42 (Three Up, Three Down)

It's been an interesting past month for hockey cards. We've had a few Canadian-only releases with Team Canada and The Edmonton Oilers Collection. We've had Dominion come out... and Titanium has been announced, as mostly a Canadian exclusive (US collectors will have the opportunity to buy it directly through Panini). With all these sets coming out, it got me thinking of sets that I think should be retired, and sets that should make a return. I'll mention three for both sides, let me know if you agree!

Three Up (Sets I would like to see back). 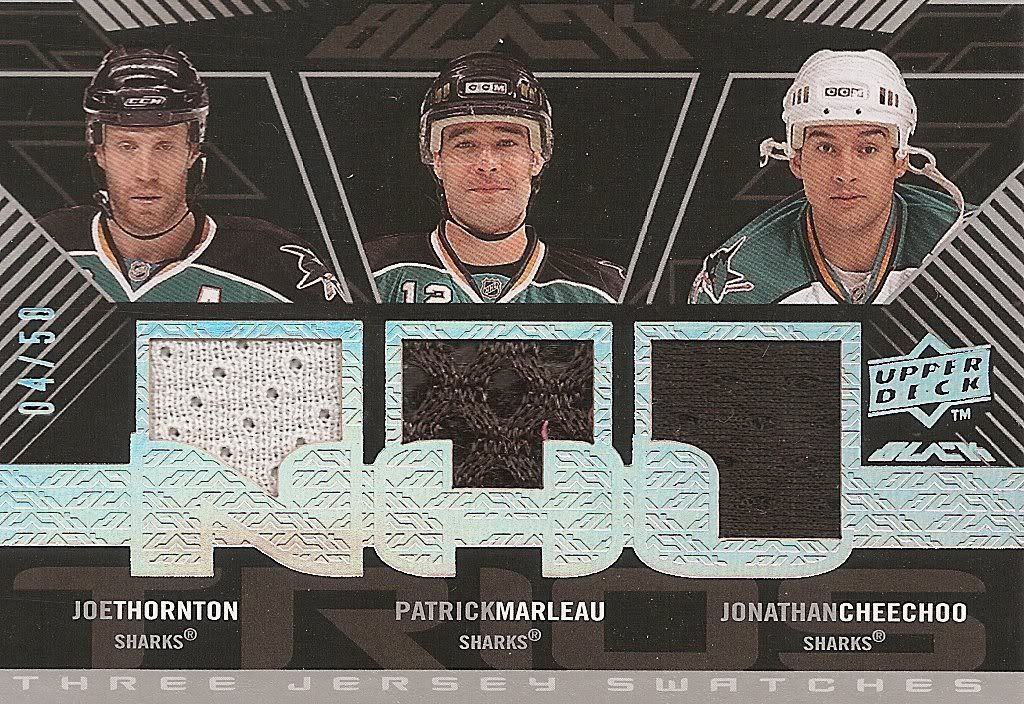 UPPER DECK BLACK. This super-premium set was available to hockey collectors for only two years (08/09 and 09/10). It had an interesting 2 card per pack/2 pack per box packaging that took collectors a bit of time to open. UD Black as an earlier in the season release, so it gave collectors something high-end pretty early. Black was known for a few things: Letterman rookie cards, Letterman rookie card redemptions, Pride of a Nation flag cards, acetate autographs, booklets, and of course... the black design motif. Upper Deck has inserted Black cards into their high-end football and basketball releases as of late, but they have not been found at all in hockey. UD Black cards were some of the best looking cards Upper Deck has ever made. They would be great super-premium cards with a totally different look and feel that what is out there now. UD Black needs to come back! 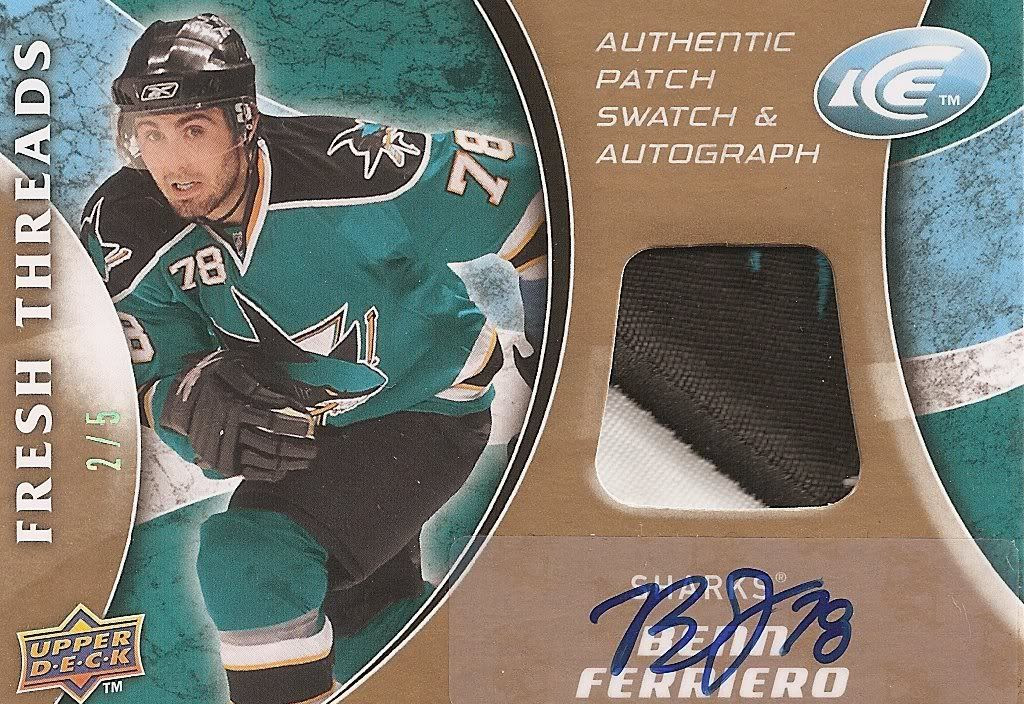 UPPER DECK ICE. You could say that Ice is still around. I mean, yes, it is in the form of bonus packs found in certain Upper Deck products like Black Diamond this year... but that hardly counts. Ice should get it's full product line back. There were a few great things about ice. First, Ice was a mid-level brand that didn't cost terribly much to buy. Collectors could easily find boxes at both the hobby and retail levels. The brand was on-par (maybe a little above?) Upper Deck Series 1 & 2. Secondly, Ice base cards were ridiculously cool. The Ice base always had some sort of crazy etching and design that made them stand out. I still love looking at my old Ice cards and enjoying them. And lastly, Ice had the opportunity for collectors to pull amazingly rare and desirable cards. Yes, we all know of the Ice Premiers/99 cards. Those are still technically available, but what about the Ice Premiers Patch/Auto parallels numbered to just 10 and Rookie Thread to just 5? What about the other amazing patch cards? I miss those, and I'd love to see them return! 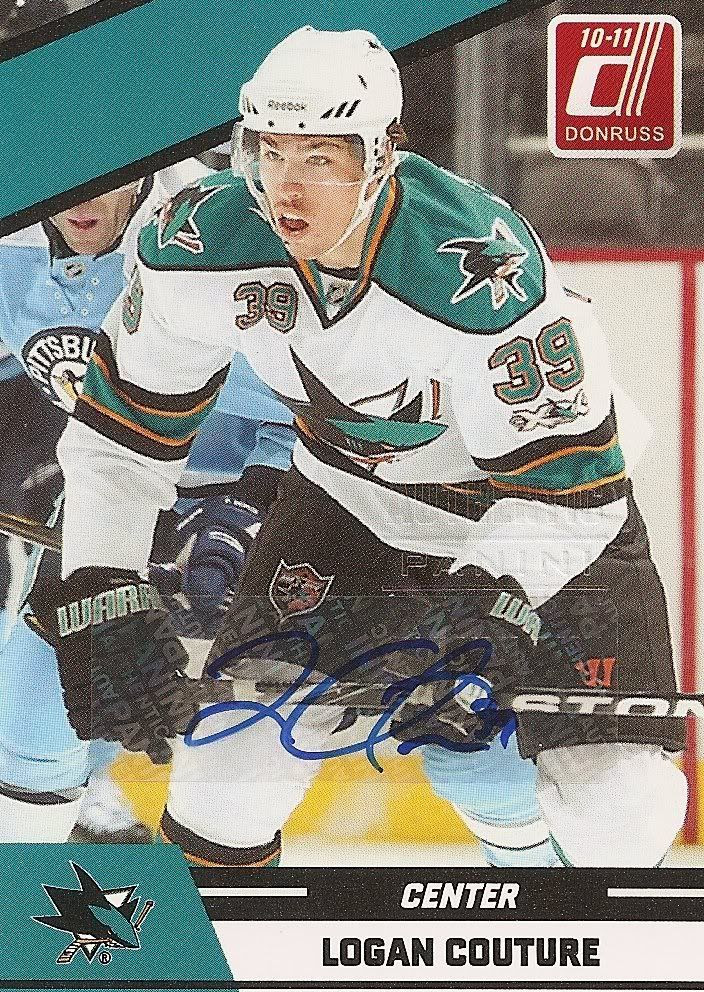 PANINI DONRUSS. Panini released Donruss during their inaugural hockey card season in 2010. There was a lot of excitement for this fan favorite brand, but they dropped the ball on it... BIG TIME. Donruss started off well, but as collectors opened it, interest fell off a lot. 10/11 Donruss was poorly designed and full of weak hits and inserts. Even today, collectors can easily find boxes of the product unopened at rock bottom prices. A ton of it was made, and a ton of it is left still. While some are glad it is gone, I would say that Donruss just needs a make-over. Donruss would be the perfect brand to be a retro product. Panini could follow what Donruss did in the 80's with their iconic border designs, Diamond (Ice) Kings, and Rated Rookies. Donruss did this once in basketball, and in my opinion, that set was GREAT. I know it's a long shot for ever happening, but it's something that I personally would love to see... the return of Donruss done with eighties flare and modern limited numbering and rare hits.

Three Down (Sets I would like to see retired). 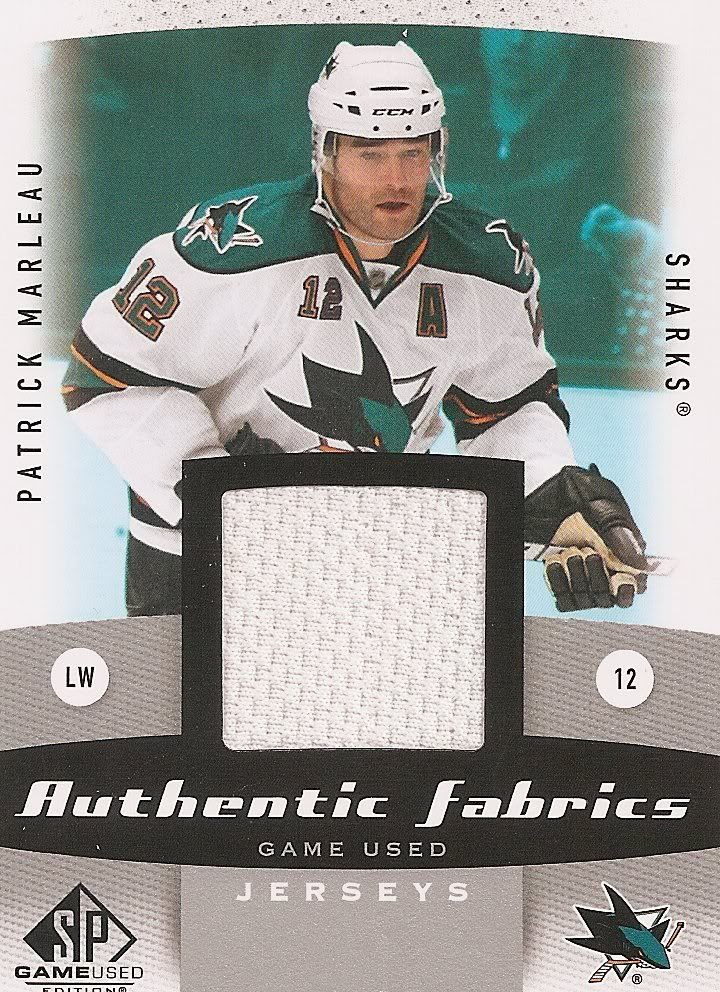 UPPER DECK SP GAME-USED and SPx. The Upper Deck SP line of cards currently includes SP Authentic, SP Game-Used, and SPx. There have been other iterations of SP as well. I remember in basketball they had SP Game-Floor back in the year 2000. My favorite of the current SP line is SP Authentic. It's a classic set that features on-card autographs as well as the collector favorite patch/auto variants. SP Authentic's Future Watch rookies are in the top three most desired rookie cards in the hobby (with the Young Guns and Cup RPAs being the other two). SP Game-Used and SPx, however, are older lines that are now somewhat dated. SP Game-Used, up until last year's change of pace, was always an over-priced product for what you got in it (plain one swatch jersey cards) - and many of the cards in SPGU weren't even 'game-used' - there were even manufactured patch cards in the product (YIKES!). As for SPx, it was a product that was also overpriced, but not so much as SPGU. SPx's problem is that jersey/sticker auto rookie cards have fallen out of favor with collectors. There just isn't a desire for them. I love brands that have been around for a long time, but both of these brands could use a deep change. SPGU underwent one last year. It's not perfect, but it's better. Some have suggested combining all SP lines into one big line. Hey... that's not a bad idea! You know... there used to be just plain old Upper Deck SP (no Authentic, Game-Used, x, Floor...). Maybe it's time to bring that back and just keep the best of what each line has to offer? 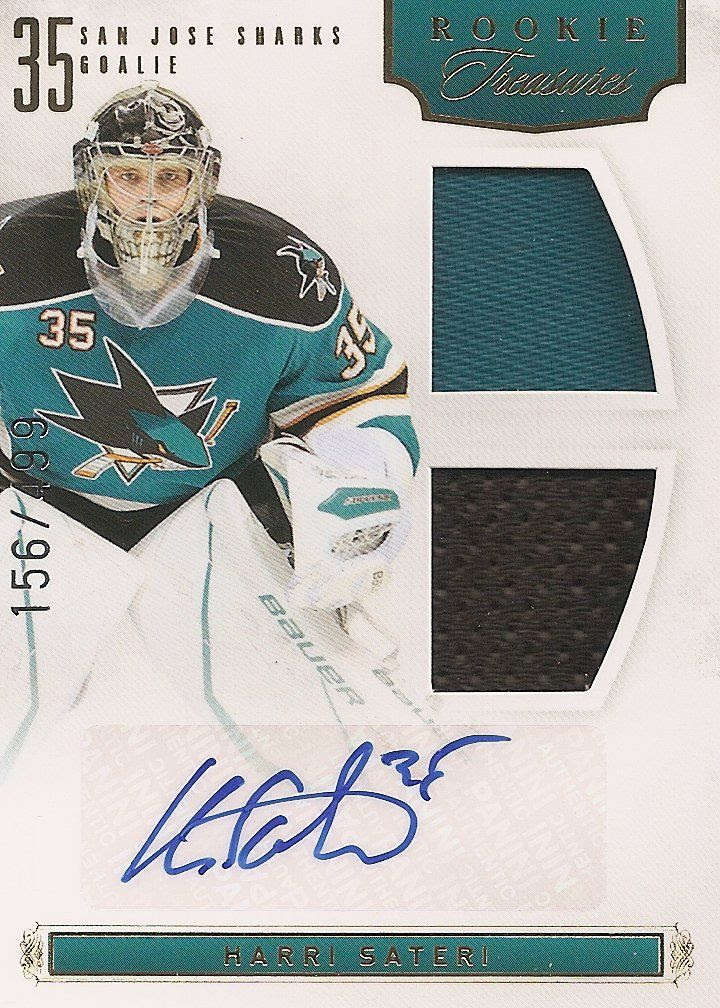 PANINI ROOKIE ANTHOLOGY. This is a brand that I think collectors enjoy (there are even nice autographed rookie cards to be found), so why is it here? Well, Rookie Anthology is a brand that really isn't a brand. It's Panini's catch all at the end of the season. Panini puts all the stuff they wanted to do or left out into Anthology so that it's become a sort of card dump. Sure, there are some great things you can find in it, but it's a product with no real focus other than to give collectors a big mish-mosh of stuff. I would much rather Panini give collectors a stable brand that doesn't add a lot of confusing cards to the market. For example, instead of putting Luxury Suite cards into Anthology... just do Luxury Suite the right way! Or just don't do Luxury Suite at all. I am a huge fan of having strong and stable brands that have been developed over time. Brands that have names that stick around and grow and improve. Rookie Anthology isn't a product that can really do that with it's current configuration and design. 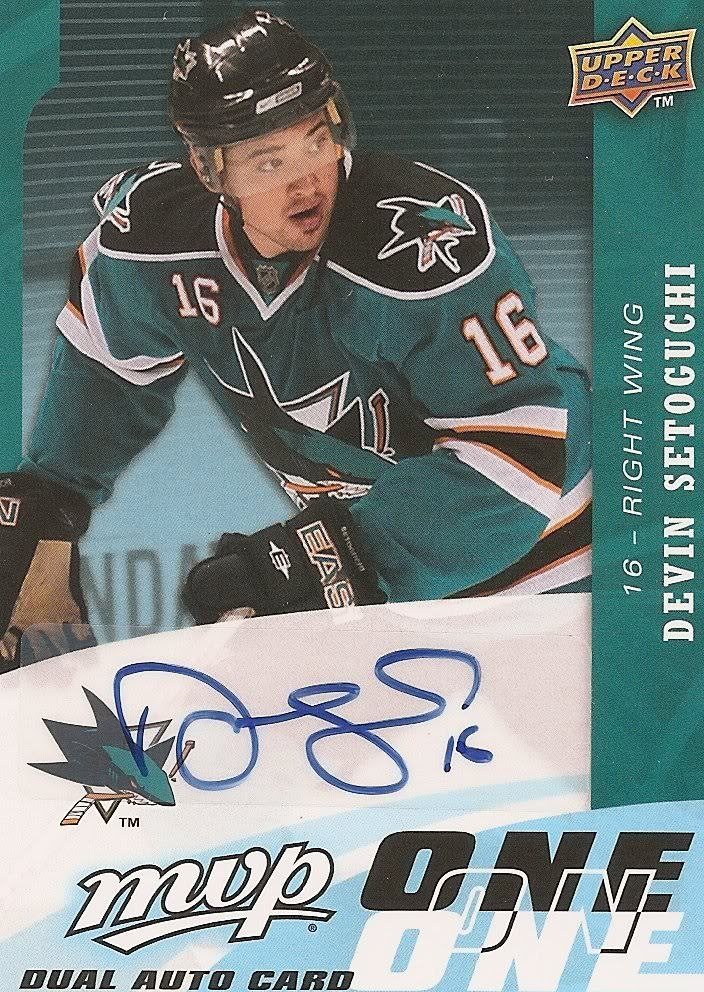 UPPER DECK MVP. Alright, so MVP is already sort of 'dead', but it lives on in Upper Deck Series 1 and 2! And when I say it lives on... only the base cards and rookie cards have hung around this year. You can't find MVP autographs or memorabilia cards anymore. In 11/12, at least the dual autos were available. This year? Nope! Upper Deck was absolutely right in nixing Victory and MVP when a couple years ago. Victory is nowhere to be seen anymore - thank goodness - but MVP has continued to its way into Upper Deck's signature line of cards. I have already ranted about this in my UD1 review, but I'll bring it up again... Who want's MVP anyways? Was there a loud outcry for MVP? Was it so beloved a brand that it needs to be included again? Upper Deck just needs to get some better insert ideas and not put MVP into their future products. Let's leave the MVP era behind. If you are someone who really enjoys MVP, please let me know! I'd be really interested in hearing your reasons for it!