Today I'm going to be ripping into a blaster of 12/13 O-Pee-Chee. 12/13 was a season that really just wasn't meant to be for the hobby. The lockout shortened the season and caused manufacturers to delay rookie cards. OPC was one of the few sets to come out that season. It definitely didn't have good rookie card potential, but at least OPC gave collectors some hockey to get their hands on as releases were few and far between. 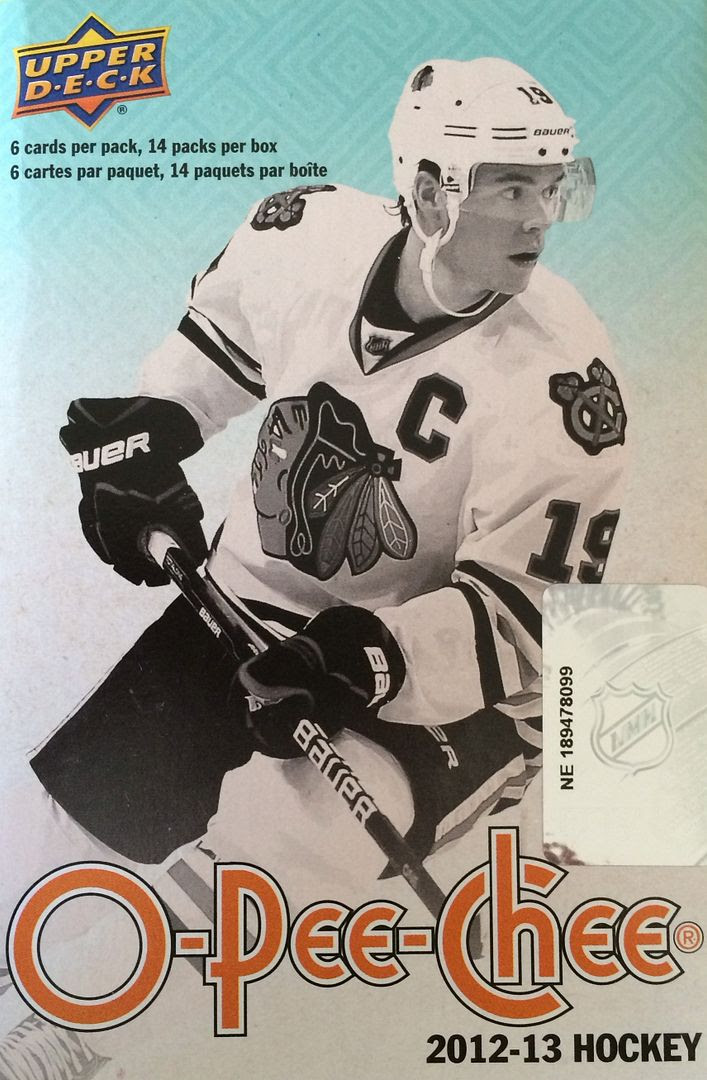 I know I shouldn't make my hopes go up... but I've opened enough retail packs to hope that one of these days I'll get a hit out of OPC. I know that's asking a lot, because hits in O-Pee-Chee are truly difficult to get... but maybe one day one will pop out. Will it be today? I could be! But that's why we buy these things, right? We hope to pull out that one card that we really want!

I said this one of the last times I broke OPC, but I'll say it again. I've gotten to really enjoy opening up these cheap OPC blasters. It definitely brings me back to times of old when you got a pretty good number of cards in a break. The inserts are nice, and the cards are just interesting to go through and look at. There are very few big sets anymore, and OPC is one of the few big sets that collectors can get. It is filled with NHL players that usually don't make the cut for a standard set like SP Authentic or Certified.

Let's see what's hiding in this blaster of OPC (it's actually a video of a Target Re-Pack, I explain why in the video):


Review -
Just as I thought it would, this turned out to be a pretty fun break. Nope... still haven't gotten a hit out, but it didn't mean it was a bad box. This particular box seemed to have quite a few retro cards. The standard amount may have come out, but it felt like more to me. I ended up with seven total retro cards out of this blaster. My best retro base cards were either Evander Kane or Carl Hagelin.

Four legend subset cards came out of this blaster. I found Guy Lafleur, Andy Bathgate, Markus Naslund, and Marcel Dionne. In terms of foil parallels, I just had David Jones and Daniel Girardi. As for my 12/13 rookies, Brandon Manning and Jussi Rynnas were pulled. I've seen an awful lot of Jussi Rynnas cards in products. I don't know too much about him, but he doesn't seem to have a shortage of cardboard out there!

Let's see the to cards from this break: 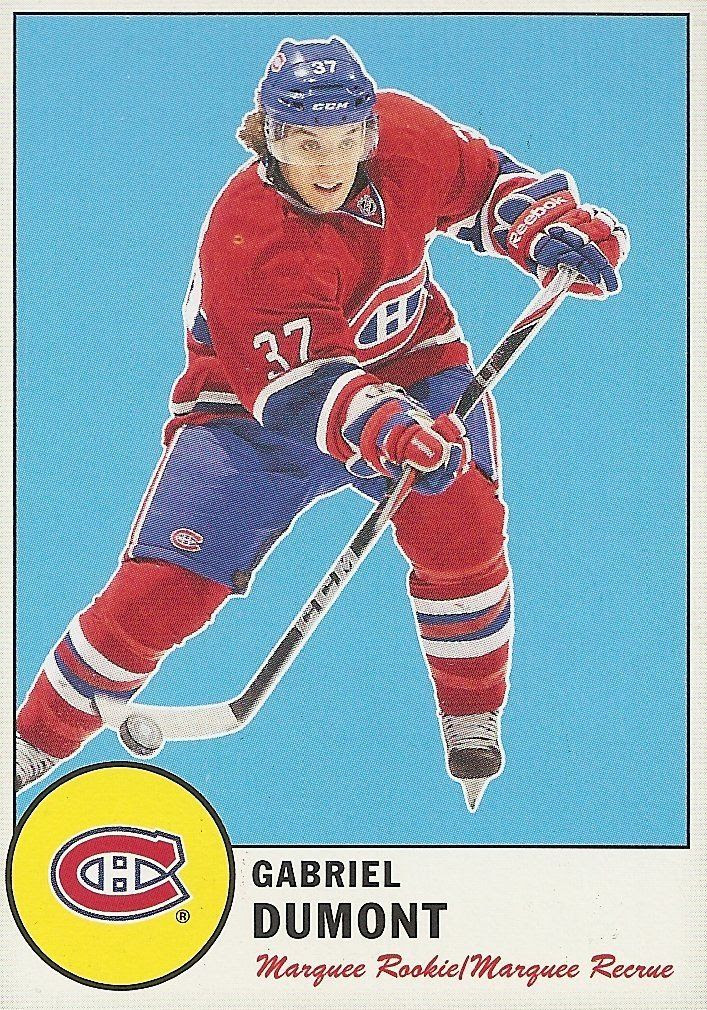 #3 - Gabriel Dumont Card Retro Card No. 579
I chose this card solely for the fact that it is a retro variation rookie card. The Marquee Rookie subset in the main set look good, but I prefer this old style design. It really does look like it came from an old hockey card set from the 70's. I was a bit disappointed with the standard retro cards, but these were well done. 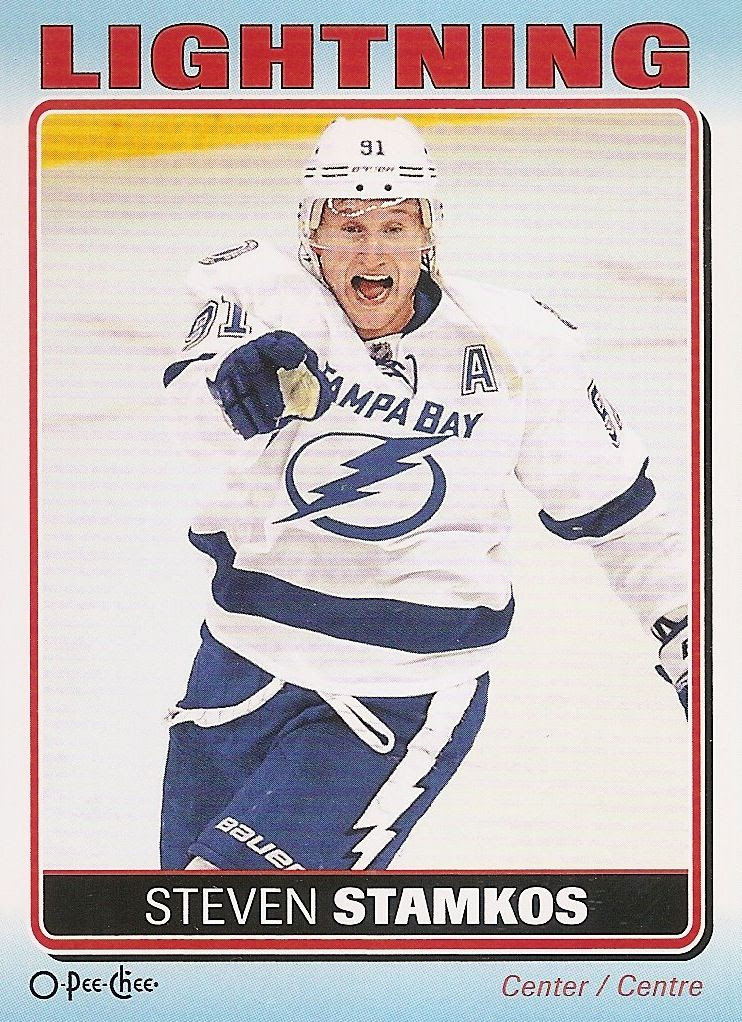 #2 - Steven Stamkos Card No. S-84
I don't have many Stammer cards in my collection, so when I pull one, I'm pretty happy. Earlier this week Stamkos broke his leg as it slammed into the goal pylon. I really hope that he's able to fully come back from that devastating injury! 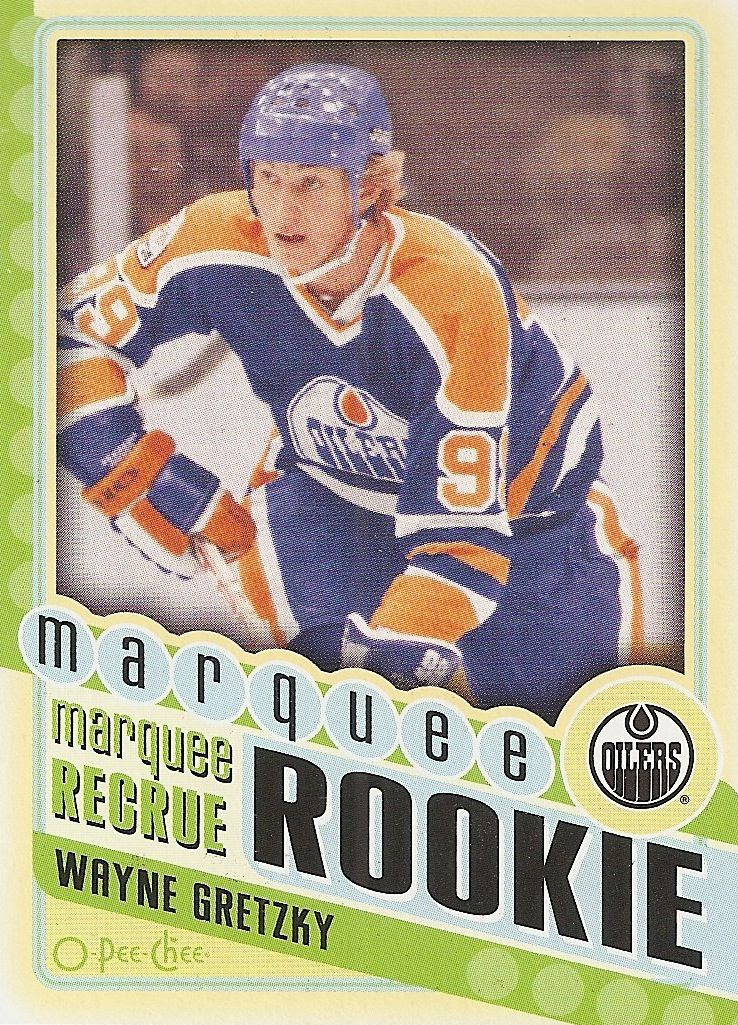 #1 - Wayne Gretzky Card No. 600
Since the 12/13 rookie class didn't have much presence, it looks like Upper Deck chose to include some high powered names in the Marquee Rookie subset. Well, it doesn't get much bigger than Wayne Gretzky, does it? It's always awesome to get a Gretzky card. It's like pulling Jordans in basketball. Best of all time!

Overall Value -
Here was another fun and enjoyable break of a lower-end product. At under seven dollars, I was able to enjoy some sweet looking hockey cards. No, there wasn't a huge hit... or even a hit to see... but you already know that going into OPC. I would recommend this product to younger collectors or collectors getting back into the hobby. There is a lot to see here, and the good things is that you don't have to pay too much for it!

Look for a new episode of Retail Review every Sunday!
Posted by luke. at 5:42 AM