When I was a young kid collecting in the 80's and 90's, cards, to me, were expensive. Normal packs of Topps baseball were around a dollar, and in 1989 Upper Deck packs came out and sold for $3-$5. Those packs were super-high end, and were out of my reach. As I continued collecting as a poor college student, packs had also risen in price. Instead of between one and five dollars, pack were now between $5 and $12 dollars. I've noticed that as I have grown up, packs have continually outpaced my ability to buy them. And the phenomenon continues! 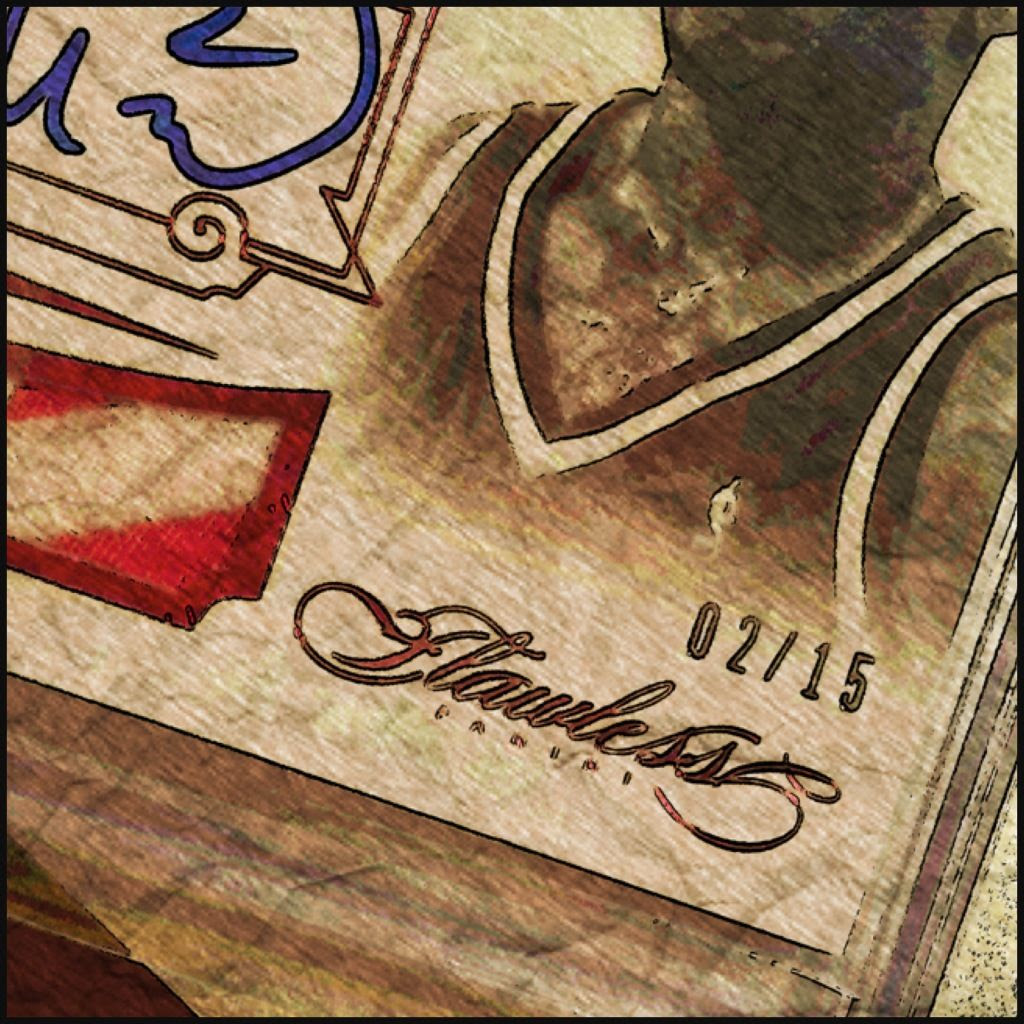 Just this past month a couple of basketball products came out that were on the 'WTH' or even the dreaded 'WTF' level of pricing. I had high hopes for getting into basketball more this year since I've taken a big interest in the Sacramento Kings, but those two products did well to dissuade me from going full-bore in to basketball. Those two products were Immaculate and Flawless.

You know, I thought hockey was expensive. In fact, in a recent Cardboard Commentary I was complaining about how I wouldn't be able to review the new Superlative this year because of its price. With The Cup just out, Select and UD1 recently released, and Dominion on the horizon... something had to give. And that was Superlative. I hated to do it, but there was just no way I could get my hands on it for review.

And then I saw Immaculate and Flawless. OMG. I already couldn't afford every hockey product out there, but these two products were just insane! Immaculate boxes/packs sell for as much if not more than The Cup, hockey's highest end product. Boxes of Immaculate are currently above $400 each. Sure, there are some amazing cards to get, but still $400!!! And lest we forget that National Treasures was released beforehand already.

You could put Immaculate and National Treasures together and still not have enough for a box of Flawless. Flawless WAS about $1250/box when it came out... but now it's well over that as the product has dried up a bit. I tried my best to pick up some Flawless cards (they were pricey, but not too bad), but I couldn't imagine getting a box of it. It's box price is like getting one three box CASE OF THE CUP. Ridiculous!

So back to what I was saying before... pack and box prices continue to elude me! I had no idea that now as an adult sealed card prices would be out of my reach. It's ridiculous! If I was making the same money as I was making now and went back in time to my high school or college days, I could buy boxes and boxes of cool products, no sweat. But as I have gotten older... the prices have just gotten higher.

I can't possibly imagine products coming out that will be more than what they are now... but that's what I thought back then too. I'm very interested to see if this trend continues. Will there by a $2000/box coming up soon? (Sadly, probably!)

By the way, this isn't a rant about cards pricing kids out of the hobby. There are very low end products that are very affordable still... it's just that the big boy products require the average adult collector to practically put on a second mortgage on their property in order to get JUST ONE BOX of the stuff!

Let me know what you think of these crazily prices products in the comments down below! I'd love to hear what you think!
Posted by luke. at 5:19 PM