Here's a return to Be a Player! Be a Player blasters are always fun to open, and if you can find them for a good price, I'd say go for it. You are guaranteed one autographed card per blaster. I haven't been able to pull any huge names out of one yet, but the chance is always alluring! 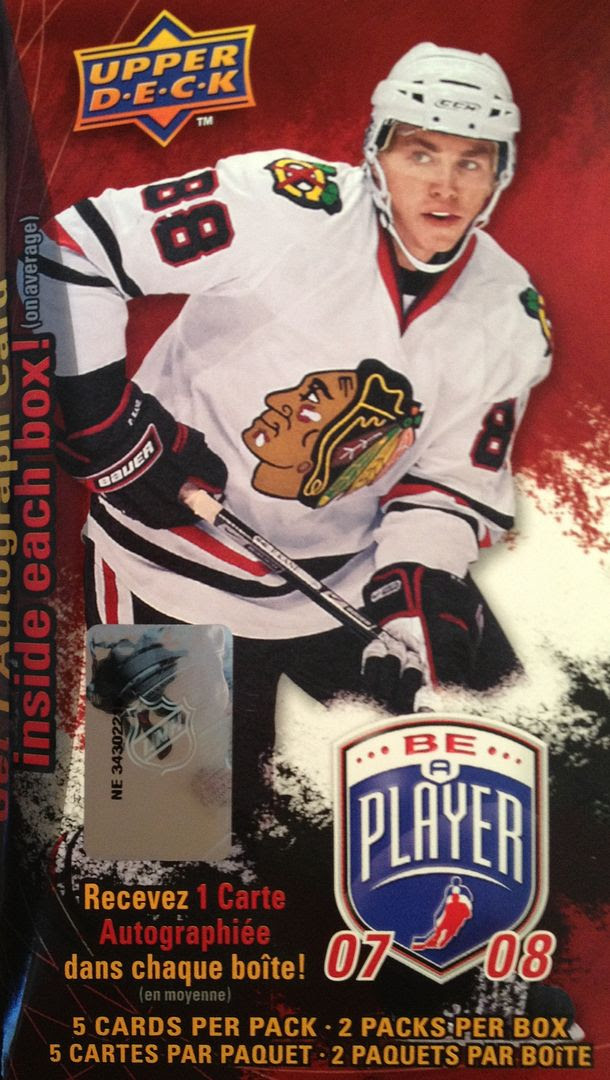 There's really not much to say about Be a Player that I haven't said already. Some people like it, some don't. To me, it's a great way for newer collectors to pull autographs easily. Its original price of about $20/blaster is pretty steep. With this $10 price tag, it's just about right. See, many mid-tier products are about ten dollars now - I'm thinking about Artifacts and Certified. In those products, there is something in every pack. Well, not really Certified as you can still lay a goose egg and get all base, but for the most part, you'll get an auto, memorabilia, or insert card when you dig into those hobby boxes. For the same price here, you're getting an autograph... or if you're extremely lucky... a bonus insert or rookie card of some sort. So the ten dollar price definitely works.


Review -
Overall this was a very solid break of Be a Player. Upon opening the packs I noticed that the middle card in each pack was different than the base design, so I knew I had gotten a little bonus. As I have already mentioned, getting more than just an auto and base cards is pretty rare. I have opened many BAP blasters without getting anything but the minimum guarantee of cards.

My base card selection turned out to be a good mix of players. I was debating which base cards would get selected into the top three. The one I did end up choosing is not at the caliber of others I got, but I just had to go with it and be a homer for my team!

Here were my top three: 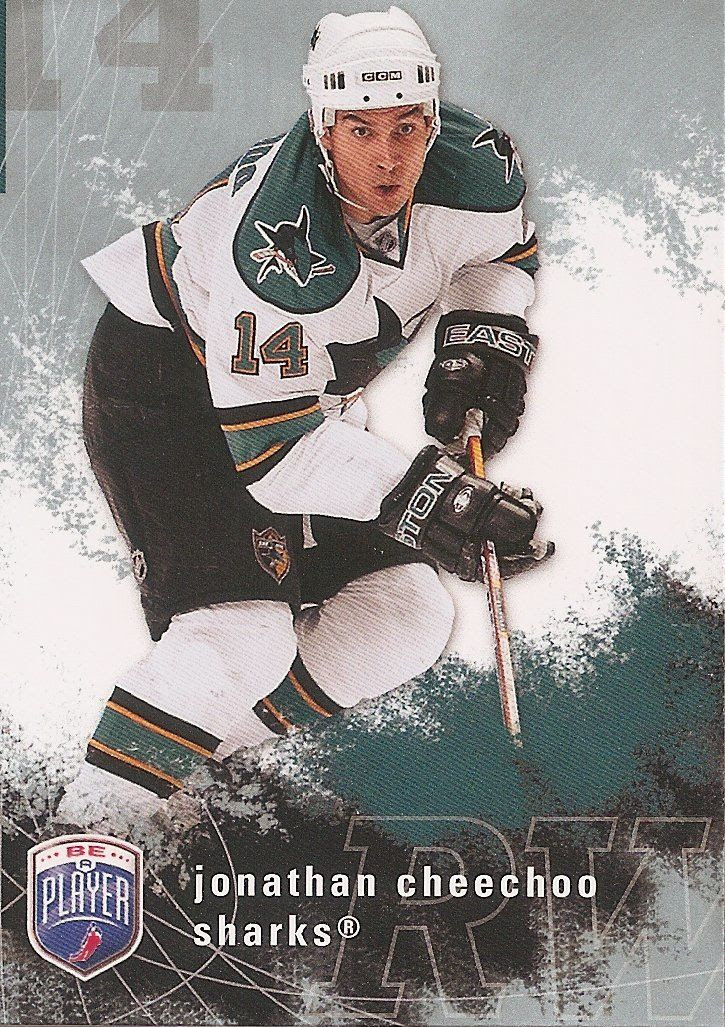 #3 - Jonathan Cheechoo Card No. 164
Cheechoo may have been the least in terms of the base players pulled out of my packs, but he's a Shark so I had to put him in my top three. He may be out of the NHL now, but he had some extremely good seasons playing along side Joe Thornton. His name was part of what made him a fan favorite. 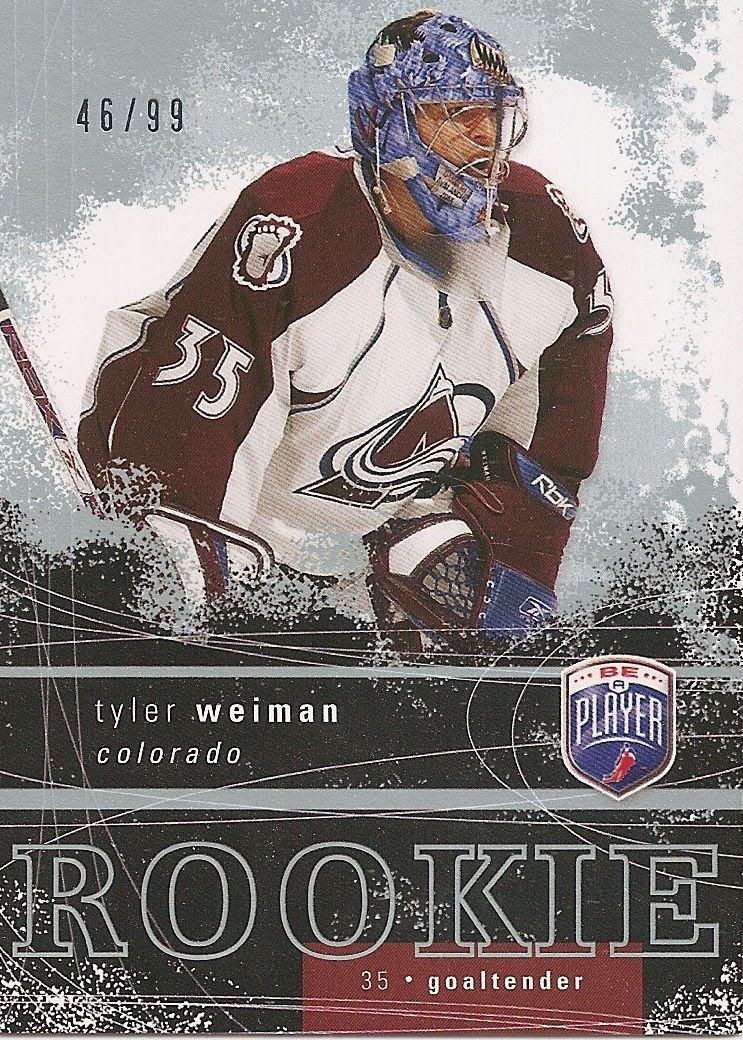 #2 - Tyler Weiman Card No. 228
OK, so Weiman is probably the least of all the players I pulled overall, but his rookie card is numbered to just 99. I was really hoping for a bigger named rookie card from 07/08 when I saw that I had gotten one... but I really can't complain too much. 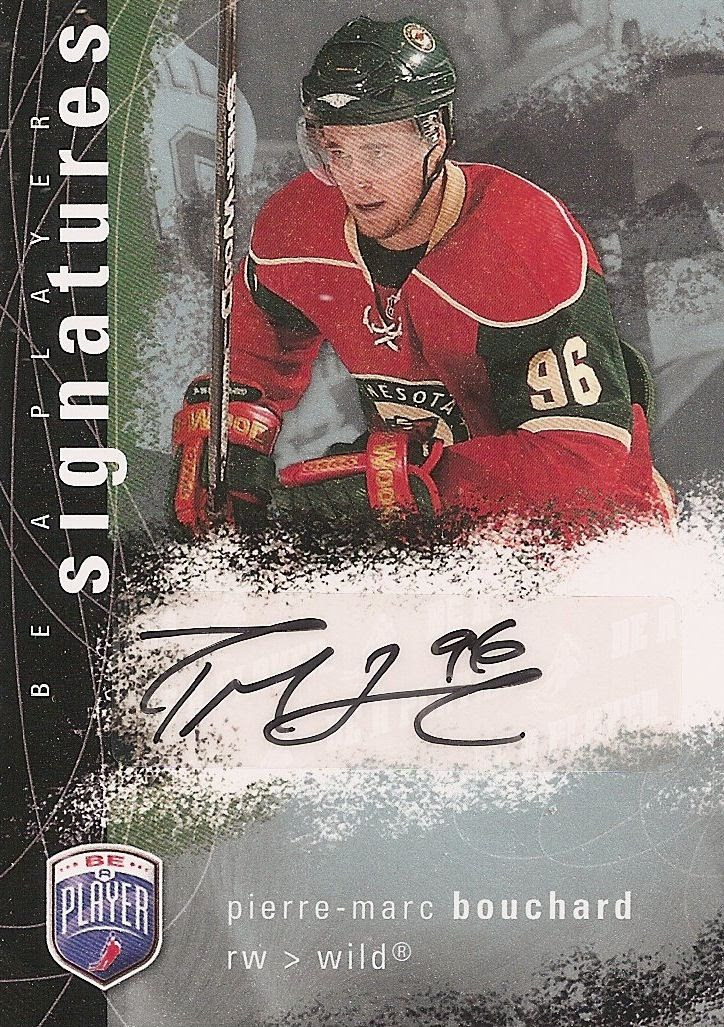 #1 - Pierre-Marc Bouchard Card No. S-PI
Right when I pulled this Pierre-Marc Bouchard card out I knew it was something I had already gotten. Man, I can't believe I pulled a double auto! Be a Player autographed sets are usually very big, to get a double is pretty darned hard to do. Here's a link to the last time I pulled him in Retail Review: Click Here.

Overall Value -
I have to say that I'm pretty happy with this break of Be a Player. I almost always have fun opening up these little two-pack blasters. It was pretty awesome getting some excellent NHL players in my packs. It was also great fishing out a rookie limited to only 99. This blaster definitely makes me want to open up some more of them. At $10, they are a pretty good deal!

Look for a new episode of Retail Review every Sunday!
Posted by luke. at 7:36 AM