With the highly anticipated 2013/14 double rookie card class coming up, it might be fun to look back at the past five seasons worth of 'hot' rookie cards. Every year but one seems to have some stand out rookie cards that are must-haves. The one season that seems to be lacking is the 2013/13 rookie card crop. Granted, this was the shortened season with only hold-over rookies from the previous year, but I wonder... will any of the rookies released from the 2012/13 card season take-off, or will it just be a total bust? 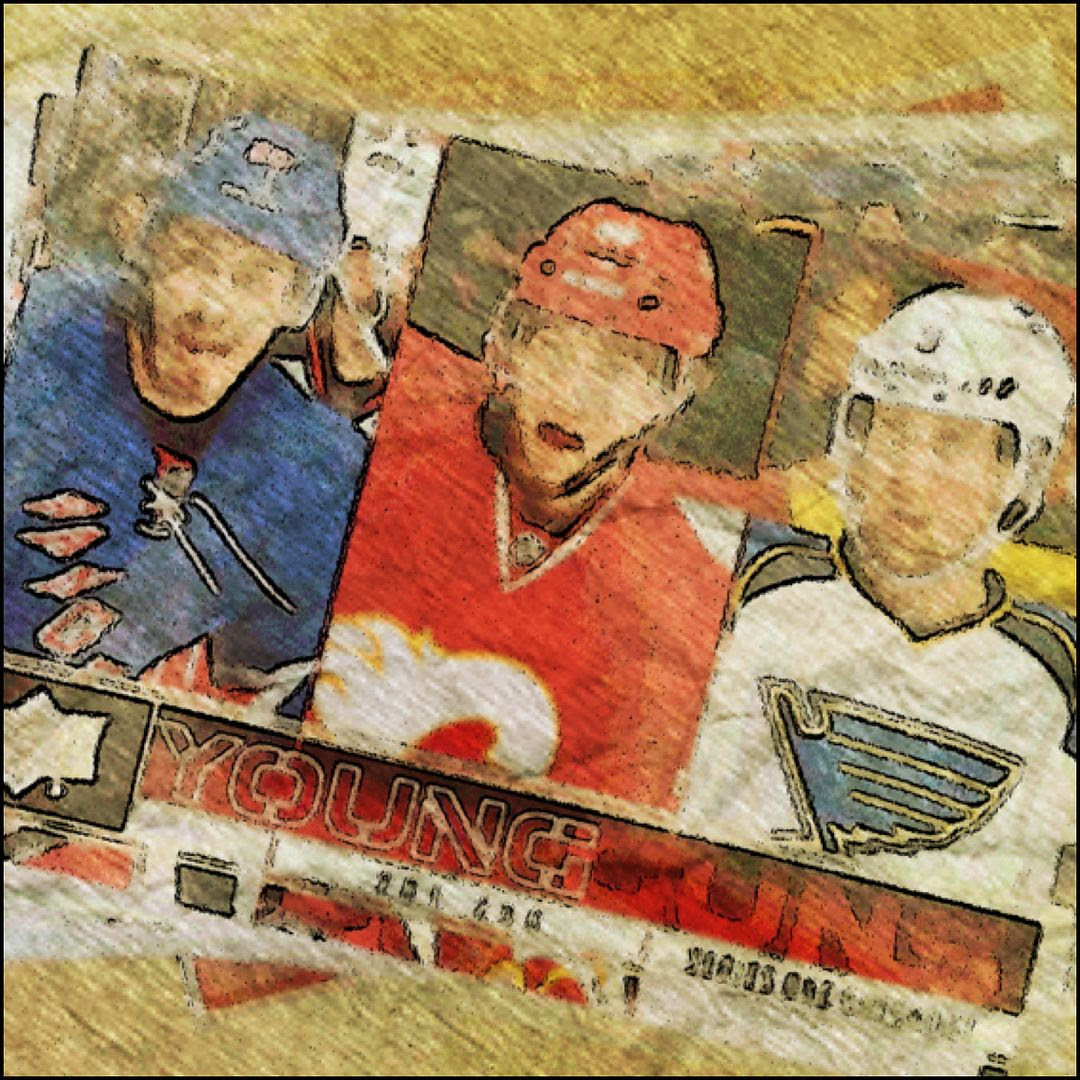 I'm going to start about five years ago with the 2008/09 season. This season was before my time back into the hobby. My biggest regret for not coming back into the hobby sooner was missing out on the first opportunities to grab a rookie card of Steven Stamkos. Steve Mason was the big name back then, but in the years following, Stamkos really took off while Mason has slid into hobby oblivion. As it stands right now Stamkos defines 2008/09, and his rookie card prices are a testament to that.

2009/10 will be a year that always holds a sweet spot in my heart as it's the year I really got back into hockey card collecting. In terms of rookies, I can't say there is a name as big as Stamkos, but there are solid players with John Tavares being the cream of that year's crop. Tavares playing on the lowly Islanders hasn't helped his cause, but he is definitely a force to be reckoned with. And of course I have to mention my personal favorite player from that year - Logan Couture! He needs to stop flying under the radar and take off in hobby popularity!

The 2010/11 rookie year was absolutely a huge one. Collectors went crazy for the rookies that year - with good reason... many of them were amazing. Collectors had to choose from Taylor Hall, Jordan Eberle, Tyler Seguin, PK Subban, Jeff Skinner, and others. Some of the players from this year's class have slowed down in hype through these last few years, but this year's crop can be defined as a year with multiple stand-out guys. This was also the year Panini came into the fold, so really, A LOT happened during this season to make the cards of this year very popular.

Though the 2011/12 rookie class wasn't as strong as the previous year, there was a clear top player to get when cracking boxes open - Ryan Nugent-Hopkins. Sure, Gabriel Landeskog was another player collectors were happy to get... but really, it was all about RNH. With the addition of Nugent-Hopkins, the Edmonton Oilers looked to be stacked with young talent. And really, depending on how the team does moving on into the future, it will dictate whether or not the rookie cards of RNH, Hall, and Eberle will continue to hold 10/11 and 11/12 up in such high collector esteem.

And so we arrive to the 2012/13 rookie class. Can any rookie that comes from this 'hold-over' group become a big NHL superstar? That's the question I'm left wondering. As you have seen, each previous year (and even going to the years before that) has had at least one stand-out rookie that defined collecting that year. Will any of the rookies in the small rookie card class be able to elevate the popularity of 12/13 rookie cards, or will this year be a big black hole in terms of rookie card collectibility?

2012/13's initial big rookie was Chris Kreider of the New York Rangers. His cards sold decently well for a short period of time before becoming pretty cold. He didn't play that well (or much), and so collectors cooled on him. His Young Gun never reached the heights of the other Young Guns of years past. The top point of his Young Gun sales topped out under $50. For the Blues, Jaden Schwartz was a name for a while. But playing for the Blues is not a great way to boost your rookie card values. Other names from this year are Jakob Silfverburg, Jason Zucker, and Sven Baertschi.

I'm really left scratching my head with 12/13 rookie cards. I understand it's a bit unfair to judge that particular year, but it really is my hope that a great player emerges from that group to become a hobby star. If one does rise up, it'd be really fun to see all the collectors clamoring to open the limited products that were produced during that season.

Let me know if you have any thoughts about the 2012/13 rookie class in the comments section. Any predictions of a rookie standout? I'd love to hear about them!
Posted by luke. at 4:12 PM