Early last week I got an email from Upper Deck informing me that they had resigned Wayne Gretzky to an exclusive contract, meaning, the only way to get official Wayne Gretzky content is from Upper Deck. Reading collector reaction to this on the trading card forums, people have a variety of mixed feelings regarding this issue. Is it good to have these exclusive contracts? Is it fair that only Upper Deck gets Gretzky (and Orr for that matter) to make and offer autographs of their cards? Let's take a look at both sides. 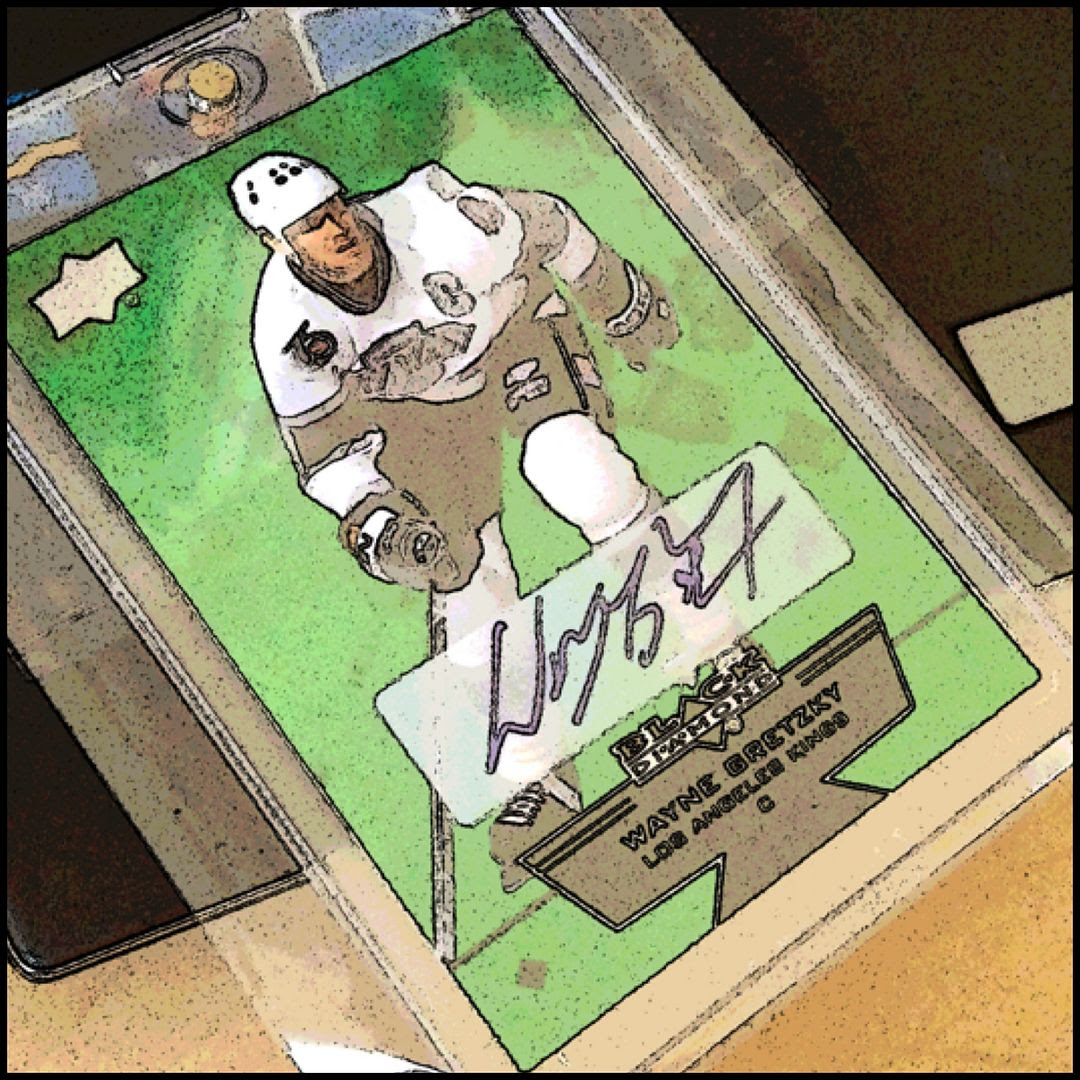 When athletes choose a company to produce their cards, it gives that company a pretty big advantage in the trading card marketplace. In Panini versus Upper Deck, Upper Deck's ability to put the greatest player ever to put on skates into their products makes their products more desirable. This is especially true when it comes to high-end products like Panini Prime, Dominion, and Upper Deck's The Cup and Ultimate Collection. All of these high-end products are pretty rookie card dependent. With a good rookie crop, both should sell well. But only one brand also gives collectors the chance to pull a Gretzky or an Orr. It can be discouraging to know that buying Panini products will never yield a Gretzky or Orr autograph. And it's probably part of the reason why those products tend to be valued lesser than their Upper Deck counterparts.

So by having exclusive signers, a company can really control how much content of those exclusives come out each year. For collectors, an exclusive means that the market is limited in terms of access to that player's content. Gordie Howe used to be an Upper Deck exclusive signer. A few years ago he signed on to produce cards with other companies as well. ITG and Panini products both have Mr. Hockey autographs available currently. Because of this, there are many more options for a Howe autograph nowadays. Finding one at a reasonable price isn't too difficult.

And that's why some collectors don't want athletes opening up and signing for all companies. It can have a water down effect on a player's cards. When Panini and ITG got into the Gordie Howe autographed card arena... suddenly there was an increased number of Mr. Hockey cards available. This diluted things a bit and caused a general decrease in value for all Gordie Howe autographs. In a sense, getting a Gordie Howe autograph because a touch less special. Now, of course, I think anyone would love to pull a Howe auto, but in an overarching general sense, this was the case.

So where do I stand? It may surprise you, but I like companies having exclusive signers as long as they do a good job of not overdoing what they have. I like the fact that getting a Wayne Gretzky or a Bobby Orr card is very tough. Collectors who get one really have something limited and exclusive when they are able to pull one. And when they have one, they know that the value will be there.

Upper Deck currently has a slew of amazing exclusive signers. I've already mentioned Gretzky and Orr, but they also have Michael Jordan, LeBron James, and Tiger Woods. That's a very nice group to have exclusive rights to! It's too bad Upper Deck doesn't have an NBA license... there haven't been MJ or LeBron autos on cards featuring NBA uniforms in years. The cards that do have them in their NBA uniforms (from past releases) have sky high values - hundreds if not thousands of dollars each.

Don't feel too bad for Panini though... though they don't have the big two in hockey, they did get Gordie Howe as I already mentioned. And in basketball they have Kobe Bryant as an exclusive. If you want a recent Kobe auto, you have to look towards Panini. Some basketball collectors have said that the value of Kobe autos has gone down with Panini taking the helm because they have flooded the market with them. I hope that's not the case, because I would think pulling any Kobe auto would be an amazing thing.

Do you have an opinion on exclusive contracts between card companies and player for their autographs? I'd love to hear your thought on the matter! Let me know in the comments section below.
Posted by luke. at 6:00 PM