If you've been in the hobby for the past few years, you'll know what a group break is. For those of you who don't, a group break is a phenomenon that has caught the sports card world by storm. Group breaks are a fun way to acquire cards, a way to join in a social activity, and a way to test your luck! Today I'm going to talk a little about how group breaks work, and the positives and negatives about them. 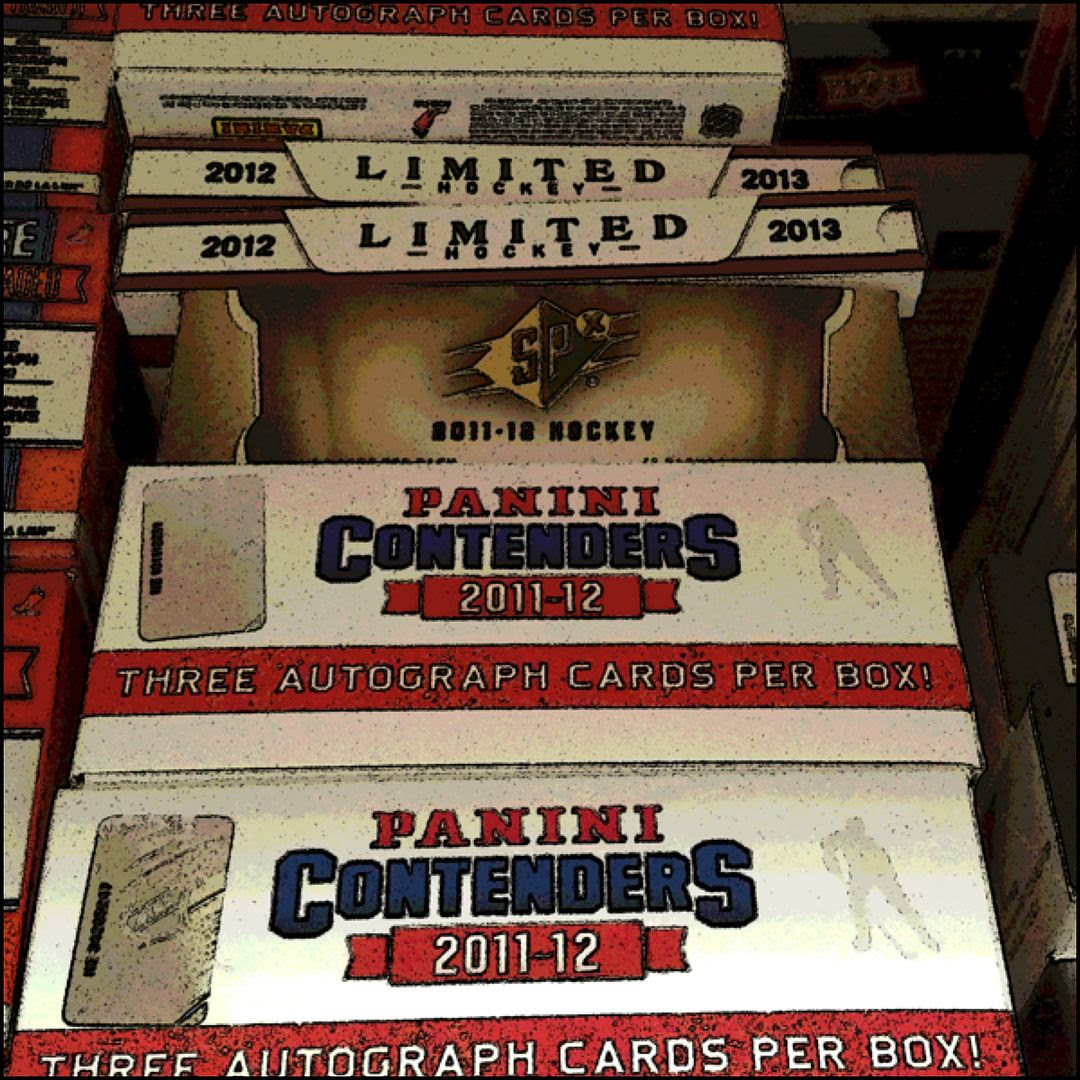 How does a group break work?
This is what usually happens - a card seller (card store, internet site, eBay mystery man, etc.) will offer up a large amount of unopened cards for sale. Usually it's either a case of cards or a large mix of wax boxes. They will then sell spots in the break. Typically there are 30 or so spots in a group break with each spot representing a team in the league. People can purchase one or more spots for the break - the more spots you get, the more cards you can get. Once the all the spots are sold, the group break is filled. The seller then opens up the boxes (at the store, on Youtube, or on a live video streaming site) for everyone to see. All of the cards that are opened of the teams you got in the break are yours! And that's pretty much how it basically works. There are definitely variations on how people run a group break, but that's the gist of it.

Why participate in a group break?
Group breaks give collectors access to cards that they may not be able to get otherwise. Some packs of cards can run up to $500-$700 a pack... A PACK!!! There aren't too many collectors that can pony up that sort of money for one pack of cards. Joining a group break that includes high-end products like this gives collectors a chance to get these cards. Group breaks with these types of products in them are not cheap to join, but the price to join is certainly a lot less than getting one of these high-end products for yourself.

Group breaks without the highest-end products are still a great way to add great cards to your collection. In mixed box group breaks, there is usually a wide-range of cards that come out. I've seen some great group breaks costing in the $20-$25 range. Lucky group breakers who select the right teams can pull cards worth hundreds of dollars. How awesome is it to pay twenty bucks for a spot and find yourself with a $200 card at the end. This kind of stuff happens in group breaks.

If you're a team collector and the seller sells team spots (or if you are able to consistently get the team you want in team draft style group breaks), group breaks are an excellent way to pick up cards of your team. When I join group breaks, I almost always try to get the Sharks. Whatever comes out, I'm usually pretty happy because I've gotten some cards of my favorite team. There was one very memorable group break where I had a very high team draft position. Instead of going with a more popular group break team (like the Pens or Habs for example), I picked San Jose. The room was aghast! But in the end, there were two low-numbered cards that came out for the Sharks including a very sick triple patch. Haha, I showed them!

Which brings me to another reason for joining group breaks... the social aspect. In store or in a live video stream, participating in group breaks is a ton of fun that you get to share with fellow collectors. During the break you can congratulate those who got nice cards, and receive congratulations when you get something nice. It's an awesome way to get to know others who enjoy the hobby as much as you do!

Why not participate in a group break?
As great as group breaks are, there are definite reasons against joining in on group breaks. For one, it can get very costly. Though spot prices are usually much less than a box or case of cards, getting in on group breaks daily adds up very quickly. There is a huge rush associated with group breaks. The anticipation of getting something good and watching the products opened is very high. That's great and all, but wanting that rush all the time can bleed your wallet dry... watch out!

You also have to know what you're getting into when doing group breaks. The possibility of getting shut out is very real. Also, the possibility of getting the teams you want can really vary depending on how the group break is run. If you're an Edmonton Oiler fan and you're joining in on a team draft... good luck getting them. They usually get picked up in first three spots. If you only join in group breaks occasionally, don't expect to get those top picks... you've got to be pretty lucky to get those picks. I've join plenty of group breaks in the past few years. I think I've gotten a top three pick maybe twice. And I know I've gotten picks between 20-30 many times!!!

And lastly, make sure you participate in a group break where you trust the seller. It's not unheard of to have shady group breakers take your money or be dishonest with cards that come out of boxes. The word is full of people who are looking for an advantage. Go to the places that have the most participants. It's usually a good way to tell that they are a reputable source for group breaks. I would recommend sitting in on some group breaks and watching before taking the plunge.

Hopefully that helps you out if you are wondering about what a group break is. There's a ton more to group breaking than what I have here. If you'd like to add anything or tell me about your group breaking experiences, feel free to comment in the section below!
Posted by luke. at 3:55 PM