It's been at least a little while since I've opened up a Be a Player blaster box. These quick little breaks are great because you know there is a hit waiting to come out of it - no need to worry about going hitless! The level of satisfaction comes down to which player you get; will it be a star player? Chances are it won't be, but we'll never know until the packs are opened up. Let's get to it! 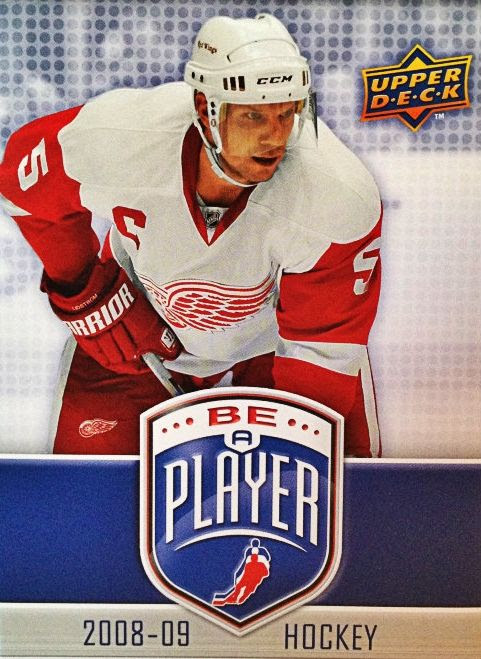 Back in the day, autographed and memorabilia cards were extremely difficult cards to come by. With boxes like these Be a Player blasters, we collectors have definitely been spoiled. It is so easy to have access to the signatures of professional players in the NHL and other leagues. And it's not just the availability... it's the price too! At around $10, collectors have the chance to own a signature card from a professional athlete - that's really cool. I definitely don't take it for granted that I have the opportunity to pull an autograph at such an inexpensive price!

That being said, all the autographs in Be a Player are sticker autographs, not on-card. Stickers are definitely not as nice or desired by collectors - but they help keep the price down. I'm ok with the sticker autograph concept as long as it's done well. I would say that the autos in this year's BAP are pretty well designed, though not the best I've ever seen.


Review -
Since I've been opening up a lot of Upper Deck Series 1 and 2 recently, this break was a bit jarring in terms of the speed at which it took - it was over before I even knew it!

Overall, I'd have to say that this blaster was very weak. I managed to get a top three, but I was definitely stretching for good cards to select. As weak as the top three cards were, the rest of the cards were even worse - absolutely nothing worth noting. If I were a new card collector checking this product out, I'd probably be disappointed with the player selection inside this blaster.

Here were the top three cards of this break: 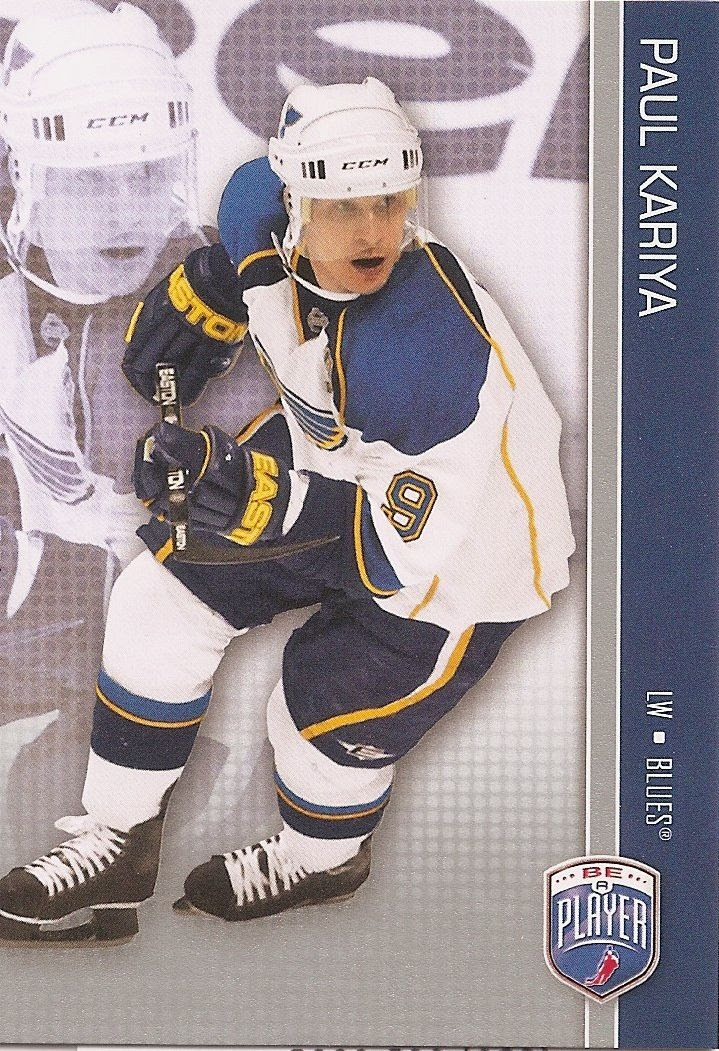 #3 - Paul Kariya Card No. 158
An oldie! I remember Kariya as a hot shot rookie that was very popular in the hobby. It's pretty cool that he turned out to have a very long NHL career. I feel that he didn't make it to the superstar status of the greats like Gretzky or Lemieux, but he was solid and had longevity. 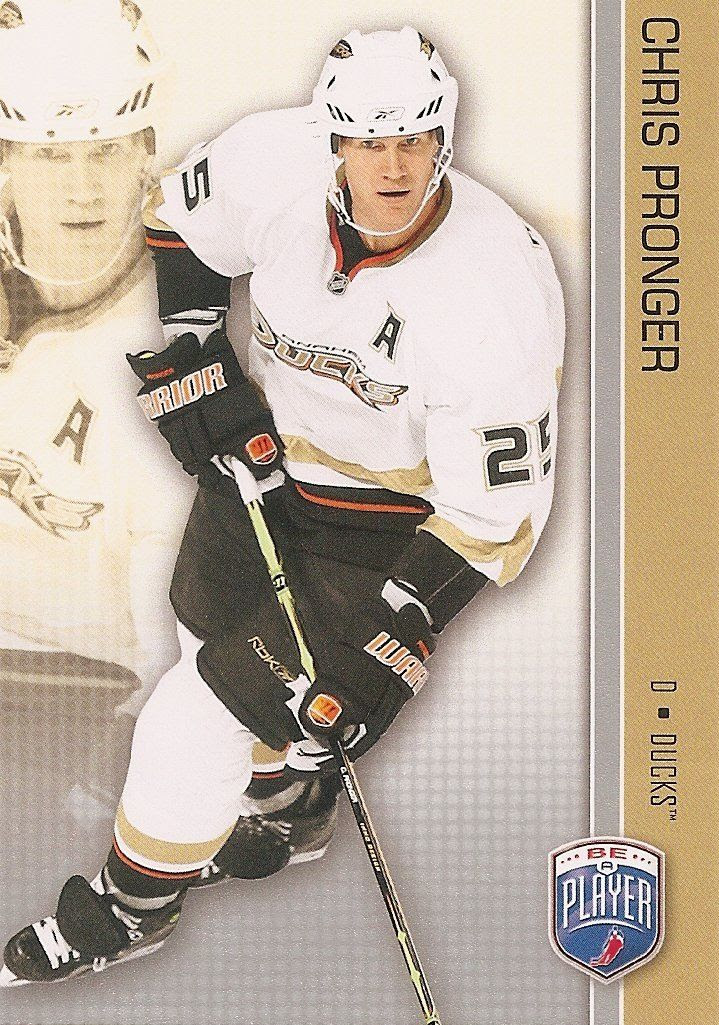 #2 - Chris Pronger Card No. 3
Speaking of oldies... here's Chris Pronger! Though many people dislike Pronger, you got to feel for that guy if you've seen the documentary regarding what he's going through since his concussion. I remember pulling Pronger out of packs in the 90's - dang that was a long time ago! 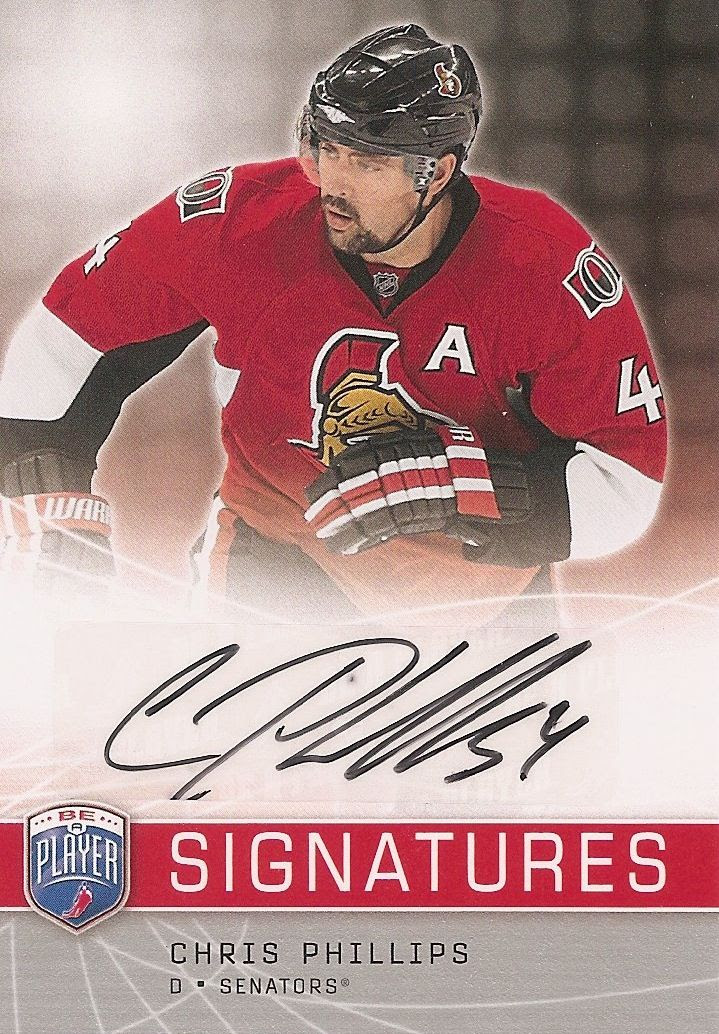 #1 - Chris Phillips Card No. S-PC
I am not familiar with Chris Phillips, but after looking up information about him, I was surprised by his longevity too! It's amazing that Phillips has been with the Sens since the late 90's. Ottawa fans must know him very well. Oldies top 3 FTW this week!

Overall Value -
This particular box of Be a Player was a big letdown. If I had paid the recommended price of $20, I would have been very disappointed. At $10, my box was still not worth it, but at least the loss doesn't feel as bad. I recently checked to see if my source for these blasters still had them in stock - they do not. I hope this isn't the last 08/09 BAP blaster I get to open! It'd be nice to end on a higher note!

Let me know what you thought of my 08/09 Be a Player blaster in the comment section below. Have you ever pulled anything good out of one of these? I'd love to hear about it.