Today I'll be ripping into a blaster of something I rarely open: 2009/10 O-Pee-Chee. OPC is a great product for collectors who love the old school feel and set collecting. While I do enjoy retro cards quite a bit, OPC doesn't have the hit content that I look for when busting boxes. Still, OPC is a fun break with worthwhile things to find in it. Let's see what's inside! 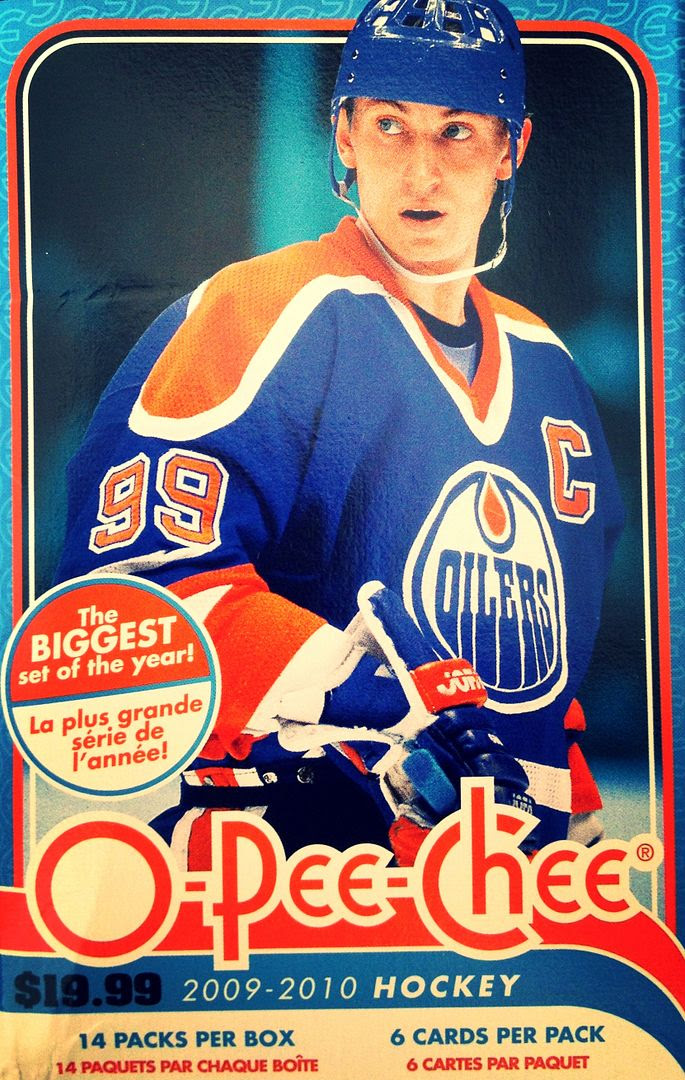 I honestly bought this blaster for the price alone. At under seven dollars, how could I say no? I was actually very shocked to see the $19.99 sticker on it that someone had placed on the front of it. I mean, it already has the price printed on the front of the box - there's no need to put that there, especially since the price is the same! Some people!

Hits can be found in OPC, but they are extremely rare. Even when I buy hobby boxes, getting a hit is few and far between. Looking at the side of the box, getting any sort of hit has very long odds. Autos show up once in over four hundred packs, and quad jerseys are even more difficult at one in a thousand packs. Wow!

Though hits will probably not be in this box, I will have a bunch of inserts to keep my interest as I rip. OPC is filled with parallel cards and themed cards that are always interesting to look at. Some cards feature foil while others are glossy. With a set this big, I'll be hoping to just pull some star names out.


Review -
With fourteen packs, I expected this break to drag on a bit... but it didn't. Unlike products like Artifacts, OPC doesn't have a bunch of filler base packs taking up space in the box. Each pack had something inside to hold my interest. As I went through each pack I looked forward to seeing what parallel, insert or even hit would come out. Unfortunately, I didn't get a jersey or auto card, but that's ok, I really wasn't expecting to.

There were things that I liked and didn't like about 09/10 OPC as I ran through the blaster.

On the positive side, the foil inserts were very sweet. These cards stood out so much from the regular cardboard base and other insert cards. They felt 'special'. I appreciated this greatly because there are other sets that make all their inserts on the same stock as their base - which can make it hard to distinguish regular base cards from an insert.

Negatively, I didn't particularly like the base card design or that of the retro parallel. The base cards were a bit busy, especially all those 'e's' in the background. I wasn't sure what that was all about. And as for the retros, they just weren't retro-y enough for my taste. They were a little too clean, and almost had a modern look to them. The OPC retro set of the year before and the years after had more dramatic looks to them.

There were a lot of sweet cards to choose from, but here were my top three: 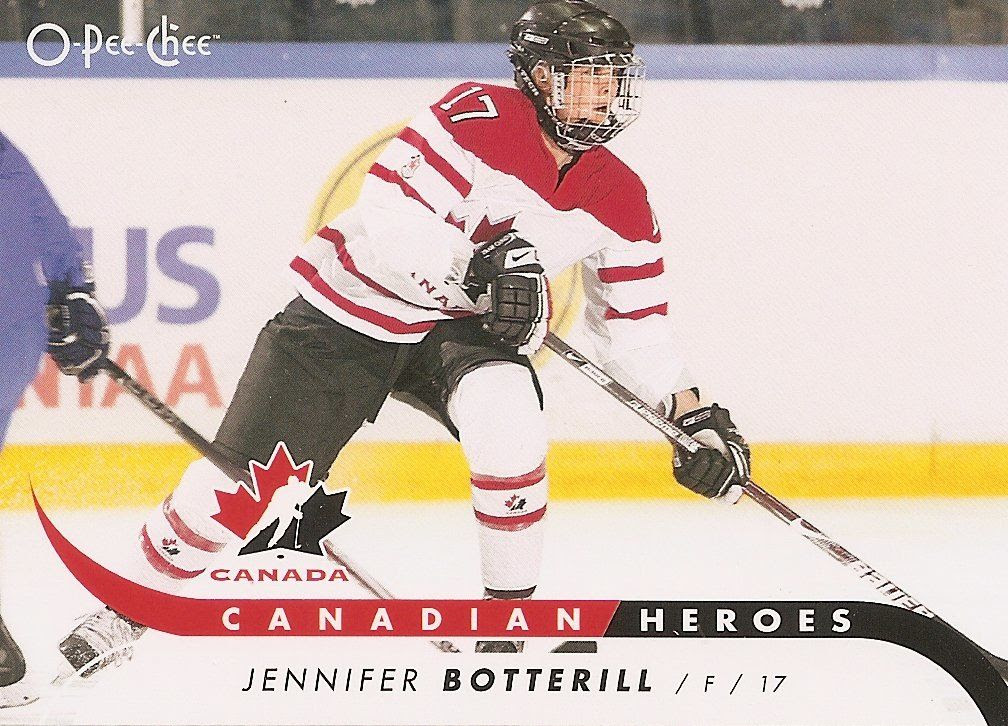 #3 - Jennifer Botterill Card No. CB-JB
These Canadian Heroes cards are great. The full bleed photograph on glossy stock sets it apart from the cardboard base cards. It was a great idea to include women hockey players in this set. So often the focus is on the men - props to Upper Deck for doing this! 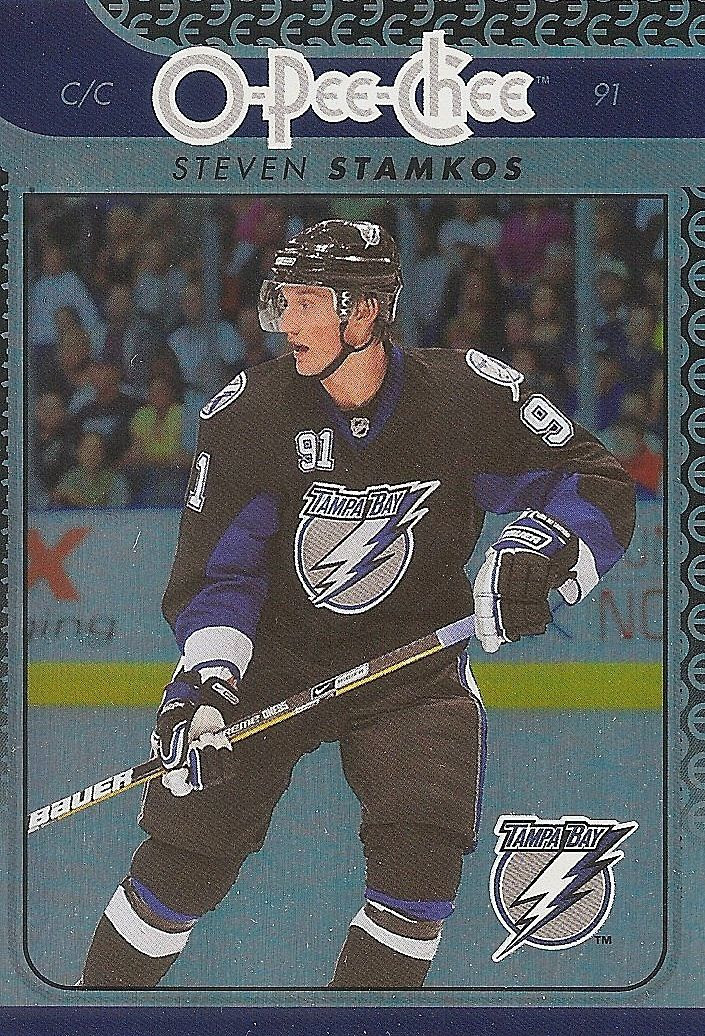 #2 - Steven Stamkos Card No. 301 (Foil Parallel)
Steven Stamkos is a definite star in the NHL, and pulling his foil parallel out is no easy task! With a set of 600 cards, getting a player of Stammer's caliber is pretty difficult. Though I said I didn't like the base card design that much this year, this all-foil look enhances the card in a major way. 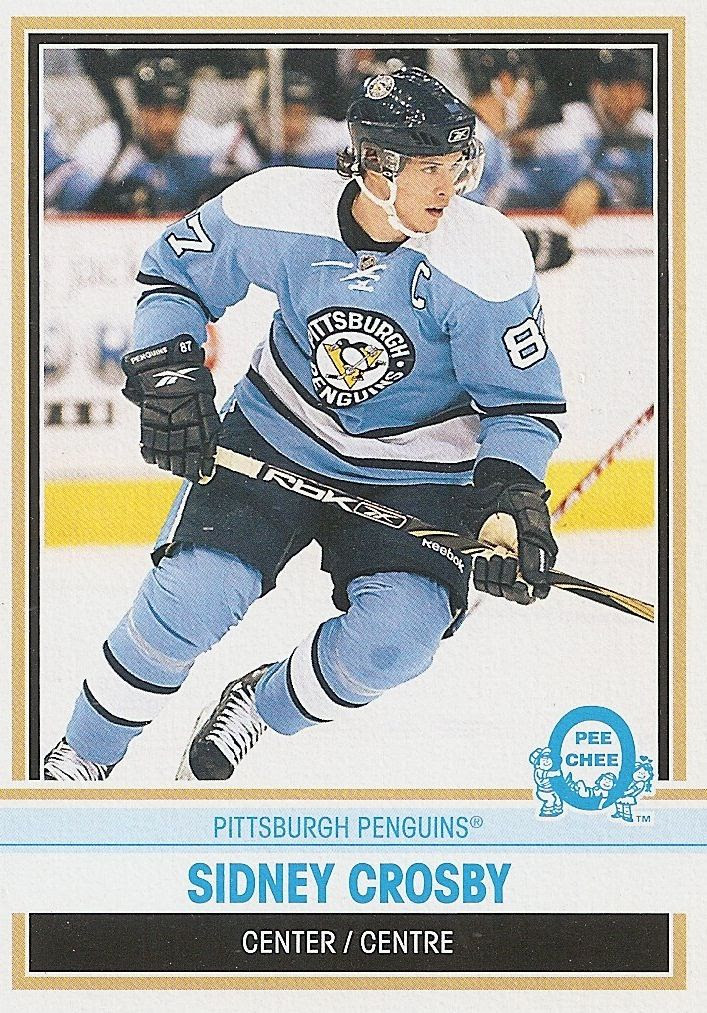 #1 - Sidney Crosby Card No. 87 (Retro)
I chose this card for pretty much the same reason I did the Stamkos above, getting a top flight name just isn't easy. It's always awesome to get a parallel card of a star, and Sid the Kid is a definite star. This card doesn't have a huge value attacked to it, but I was still very excited to pull it.

Overall Value -
This box of OPC gave me strong value for its price. At under seven dollars, it gave me a great time and bunch of pretty good cards to add to my collection or use as trade bait. I usually buy these blasters to just fill out an order that I make, but really these blasters are wonderful ways to get newer collectors into the hobby. They provide a solid break experience that doesn't break the bank.

Let me know what you thought of my 09/10 OPC blaster in the comment section below. Have you ever pulled anything good out of one of these? I'd love to hear about it.

Look for a new episode of Retail Review every Sunday!
Posted by luke. at 7:25 AM